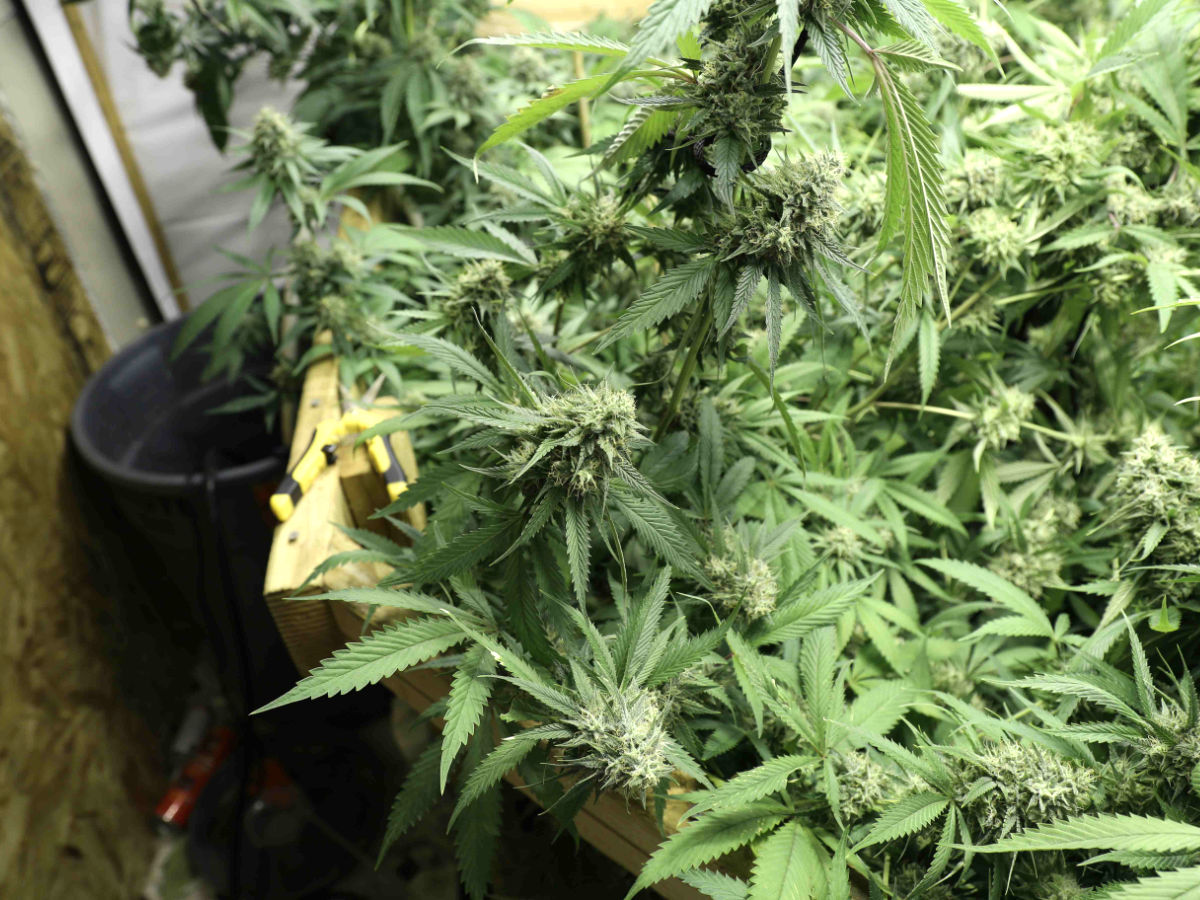 Temperatures as high as 120F have been reported in California, Nevada, and Arizona.

Drought is bad for outdoor marijuana growers who depend on streams and creeks fed by melting snowpack during summer.

Snow levels are down in many western states.

Streams, surface water, and groundwater are drying up.

California’s reaction to drought has been to pass strict water laws and regulations that increase water’s cost, meter water usage more broadly, and penalize people for using “too much” water.

In some California towns, water has to be trucked in.

In Colorado, marijuana growers have to comply with “water rights” regulations that govern the use of wells, streams, and other water sources.

Water pumped from ever-deeper wells, and purchased water delivered on trucks, is often polluted with salts, agricultural chemicals, and other compounds toxic to your marijuana plants.

Deep water culture, nutrients film technique, and aeroponics make the most efficient use of water that you can get in a cannabis gardening system, Straumietis says.

There’s no soil, soilless mix, or other solid root zone media that has to be soaked with nutrients water.

Oxygenated, nutrients-enriched water is delivered direct to the roots with nothing in between.

When you dispose of your plants at the end of your grow, you don’t have to throw away moist soil or other root zone media containing water.

If you aren’t ready to go with total water culture and want to use inert solid media in a pure hydroponics marijuana grow op, rockwool and coco coir are solid root zone media favored by hydroponics growers, but they’re great at water-holding, which means less watering.

They can be squeezed out at the end of a grow to recapture water.

Straumietis advises growers to steer away from “drain to waste” systems.

Always recirculate water and re-use it rather than using it once and then it’s gone.

He’s seen marijuana growers test “used-up” nutrients water for pH and parts per million, then dilute that water with fresh reverse osmosis water and use it to mix fresh batches of nutrients water.

The used-up nutrients water likely contains some fertilizer elements, but adequately diluted, it won’t interfere with proper feeding and in some cases might augment it… but only if you use the highest quality marijuana nutrients.

Most brands of hydroponics nutrients contain fillers, GMOs, harsh salts, and other materials that store in your plants and root zone even in the best of circumstances, he explains.

This interferes with pH and parts per million, so your cannabis plants can’t get the nutritional elements they need when they need them.

Growers who use dehumidifiers and/or air conditioners have a great opportunity to capture most of the water that transpires out of marijuana plants’ leaves and into the air, Straumietis points out.

Likewise, harvested buds properly dried in a climate controlled room will lose more than half their original weight via evaporation, and that humidity can also be captured.

“If you keep your grow room at the right temperatures and humidity,” Straumietis says, “you won’t have overheated plants sucking up lots of water and transpiring it trying to stay within their optimal temperature range.”

Straumietis advises grow room humidity no lower than 56%, except in special circumstances when there’s gray mold or other reason to use low humidity to fight a crop problem.

He advises cannabis growers to burn only as many watts on hydroponics lighting as they absolutely need to burn, and to make sure that grow room walls are covered in highly-reflective material so as much light as possible is fed to the marijuana plants.

Straumietis says marijuana growers who want professional control over their nutrients water must use reverse osmosis, which is a necessary hydroponics water cleansing system notorious for water waste.

Some growers have the luxury of using outdoor pools, rain barrels, or wells to collect rainwater or ground water.

Before use, this water should be tested for particulates and contaminants.

In general, free water from rain or from underground can be a real money-saver, Straumietis says.

One obvious water-saving tactic is to avoid overwatering.

“One of the biggest causes of marijuana grow room failure is overwatering,” Straumietis says. “Marijuana roots can easily be drowned by overwatering. Give your plants as little water as you can, without causing them to wilt.”

Straumietis advises growers, especially large-scale marijuana growers, to limit water consumption in other areas of their life to make up for the water their marijuana plants consume.

Drought is killing lawns anyway, he points out.

So removing lawns and installing drought-friendly landscaping, washing cars less, taking shorter showers, and being generally conscious that water is a precious resource all help to lower total household consumption.

Straumietis advises all marijuana growers, but especially outdoor growers, to use Rhino Skin (potassium silicate) and B-52 (a B vitamins formula).

These formulas give plants extra protection against stress, drought, pests, and high temperatures.

Straumietis notes that following these water conservation tips for marijuana growers means you save money, have healthier plants, and you’re doing your part to fight water waste.

“Indoor marijuana growing consumes lots of energy and water,” Straumietis says. “Whether you live in a drought region or not, or grow marijuana indoors or outdoors, show you’re a conscientious members of our social and environmental communities by being as careful as possible with resource consumption in your daily life and your marijuana gardening.”

Your Guide to Marijuana Grow Tents
Marijuana and Depression: Cause or Cure?