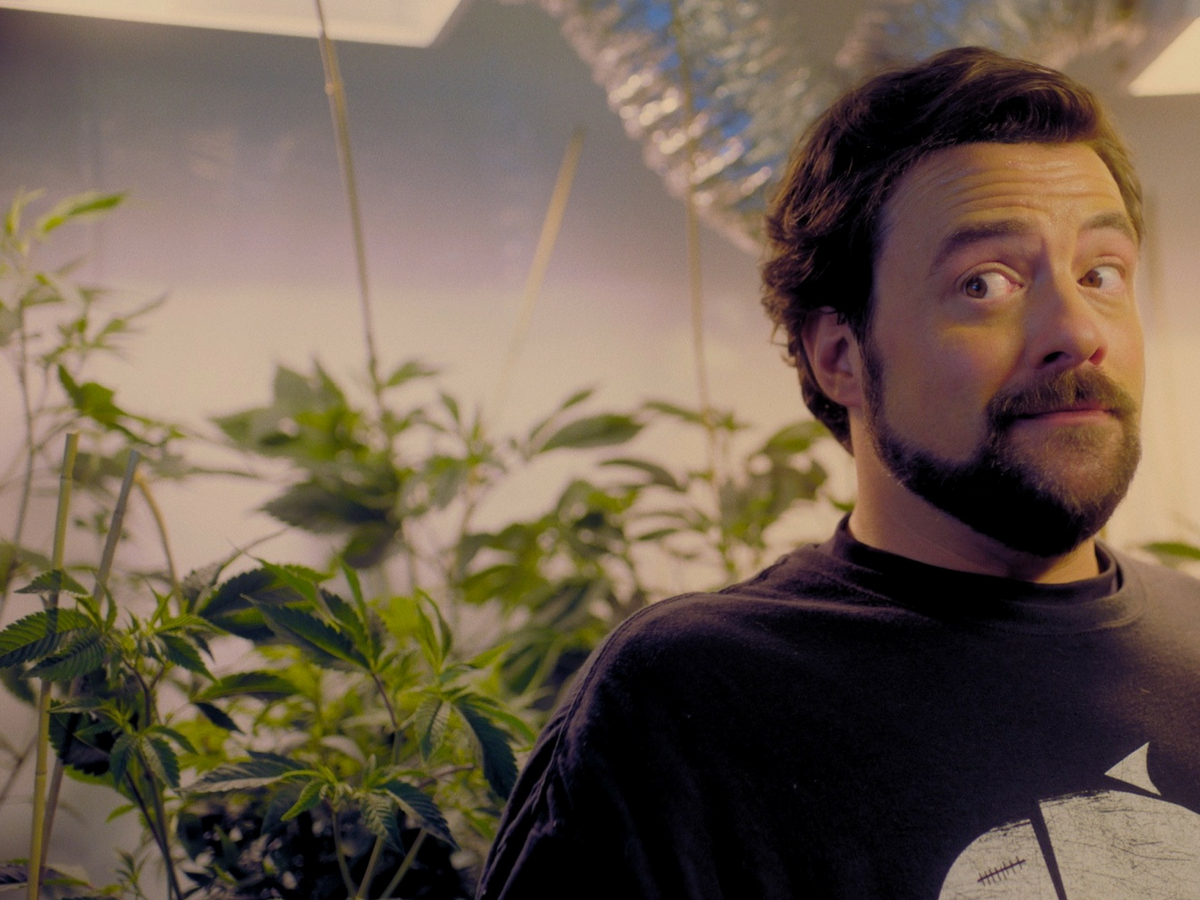 Two years ago, filmmaker and actor Kevin Smith (Clerks, Mallrats, Dogma) filmed a pilot for a half-hour comedy series called Hollyweed, which detailed the ups and downs of two men working at a Los Angeles dispensary. When Smith tried to sell the show to a network, everyone passed. Thankfully, he — and now you! — can right those studio execs’ wrongs thanks to Rivit TV, an online platform that allows audiences to fund shows based on how much they enjoy them.

The plot of Hollyweed is pretty straightforward — Nips (Donnell Rawlings) runs the pot business, while Pete (Smith) tinkers with plants in the back, creating the seriously sick strain of Hollyweed. Hijinks and hilarity ensue in the pilot as Nips forces Pete to make a delivery to a “film” set.

Check out the trailer for Hollyweed below:

In recent years, there have been various attempts at shows using the legal cannabis industry as a setting, yet most play to the lowest common denominator, making cheap pot jokes and reinforcing the stoner stereotype. Hollyweed, thankfully, is above all of that, making a clever show that also happens to have a ton of content about weed. Sure, these two guys are “stoners” who get high and debate whether Schindler’s List included dragons (it didn’t), but they’re also much more than stoners. Growers will connect with Pete, who gets super excited over his new strain and all the potential that it brings, and everyone will love the back and forth that Smith and Rawlings perfect as partners in pot.

Donnell Rawlings, who plays the character of Nips with ease, is no stranger to stellar, smart comedy, having been a season regular on Chappelle’s Show. And as he tells Big Buds, he’s also no stranger to cannabis, either.

“I never really looked at cannabis as an industry,” Rawlings admits. “It was always kind of seedy before. But with medical [marijuana] and recreational, it’s taken the stigma out of it. Now, I see [cannabis] as a business. Before that, everything was just ‘weed.’ I would ask someone for it, but you just ask for ‘weed.’ Now, it’s sativa, indica, hybrid, cross strain!”

For the actor/comedian, cannabis is no longer an everyday thing. Instead, it’s more a moment in time. While younger Rawlings might have thought differently, 2018 Rawlings consumes cannabis judicially and for specific purposes. If he wants to get to a different creative plain, he’ll hit a bowl. That said, he has always maintained a special connection to Hollyweed, even before the pilot was filmed.

“The dispensary I used to go to was the Hollyweed dispensary!” Plus, Rawlings’ character Nips was inspired by a budtender there who always welcomed him with a “What’s up, D?” So, to play someone based on a person he’s known gives Rawlings a real thrill.

“The thing I really liked about this character is that it’s not just about the weed,” he says, explaining why Nips is so multidimensional as far as stoner performances go. “We want to go deeper. Who is this person? Why does he work at a dispensary? Why isn’t he following his dreams? What are his dreams?”

Of course, we couldn’t let Rawlings get away without asking him the obvious: Was he ever high on set?

“Hardly ever,” he swears. He admits to smoking the real stuff before filming a particular scene — the opening one in the pilot — but hasn’t partaken since. “I’m not excited about working high. I still have to work. Try and memorize the lines [while high]!” 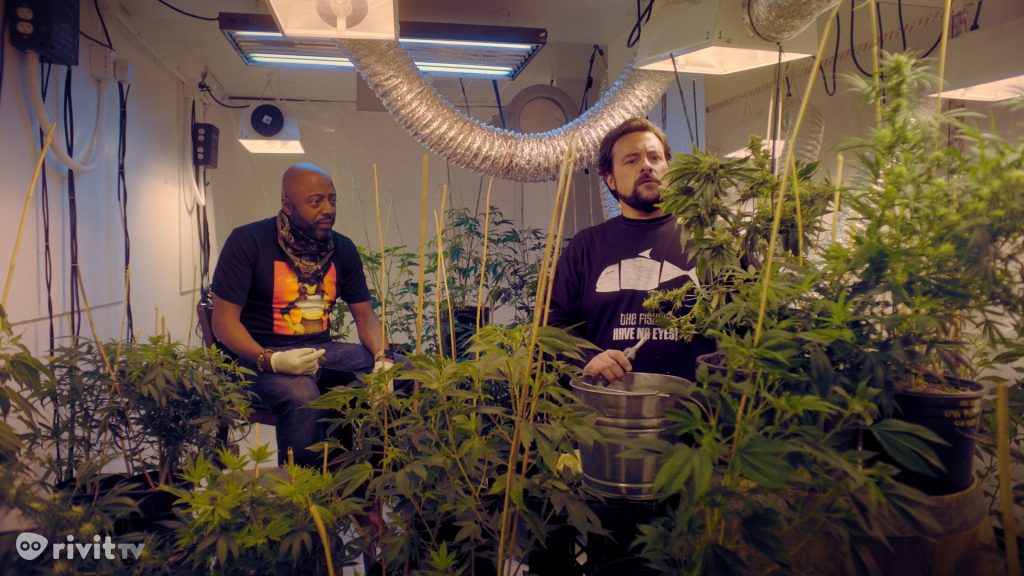 And when it comes to work, Rawlings understands how lucky he is to have essentially been struck by Hollywood lightning twice. “I’ve already worked with one of the greatest sketch performers and writers of all time,” he says, referring to noted cannabis enthusiast Dave Chappelle. “I know how it feels being on set working with the best. I know how it feels working with somebody who is cool and humble. Ever since then, I wondered if I’d ever feel that way where everything clicks. Working with Kevin Smith answered that question.”

As for the fact that it’s now up to the Rivit TV audience to decide whether more episodes will be filmed? “It’s a revolutionary way [of programming entertainment]. There is a call for a platform like this. It puts the power with the creator. It’s also an honest assessment of the work.” Rawlings is convinced that Rivit TV’s crowdsourcing platform would have been the perfect space for Chappelle, who he says created many pilots that never got picked up by a network, yet he’s managed to retain a huge fan base that hungers for more Chappelle content.

Rawlings says he spoke with his buddy Smith only recently about this exciting new entertainment platform that engages with the audience. “How often do you get to work with friends, where you can do whatever the fuck you want?” Rawlings says Smith asked him during their chat, and Rawlings wholeheartedly agrees. And we’re excited they have the chance to make us laugh about the funny side of weed cultivation.

Head Chef: Here’s Why These Kitchen Whizzes Grow Their Own Weed
Cannabis Code Of Ethics: Weights, Measures, Ingredients… And Poisons