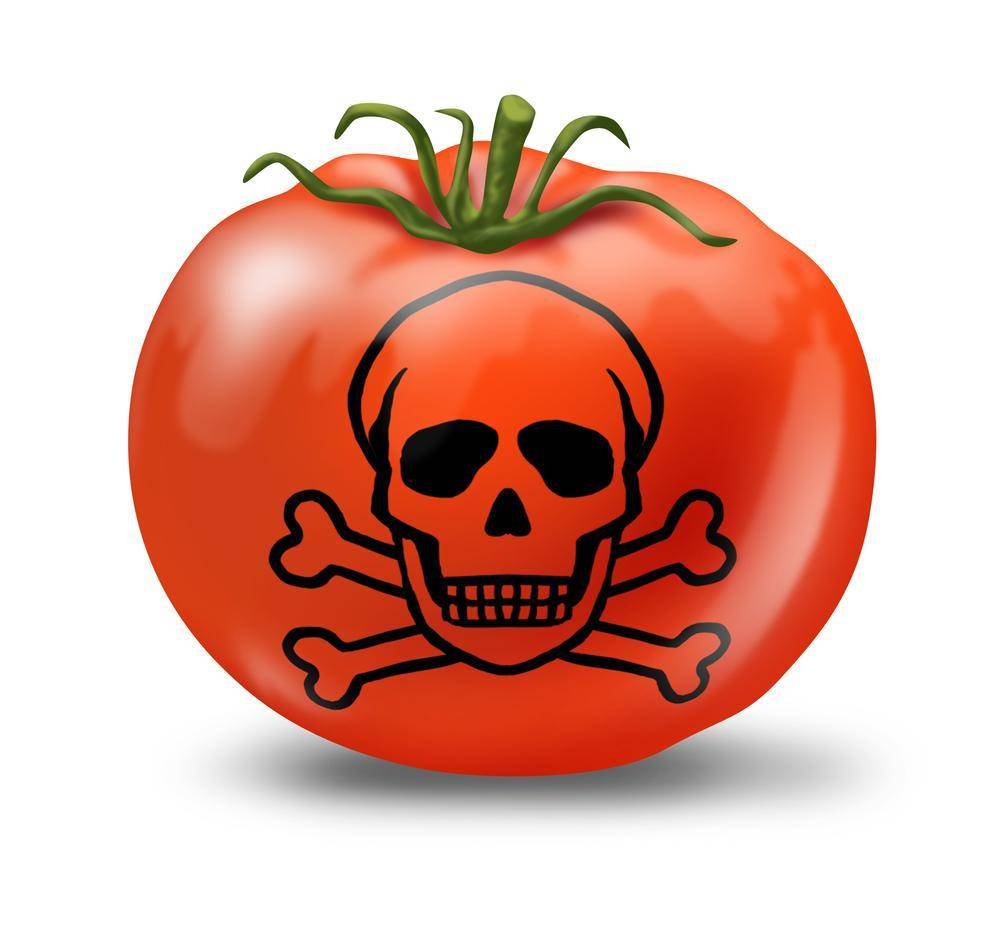 But now we’re facing a potentially catastrophic plant protection problem: our marijuana plants are threatened by genetically-modified enemies and corporate greed, and so are we.

Made in a Lab, Dangerous in the Real World You & I Live In

Evolution created genetic mixes in organisms to create the web of life, but humans have stepped in to create plants and animals using selective breeding and genetic modification.

Genetic modification of organisms goes way beyond selective breeding, because GMOs are made when scientists splice genes from one organism into another organism, and perform other actions that make Dr. Frankenstein come to mind.

They remind you of spoiled little kids doing stupid and reckless things.

For example, GMO scientists spliced  genes from jellyfish into cats, to create glow in the dark cats.

Did that really need to be done? Of course not.

But GMO scientists and other researchers aren’t concerned with whether something is wrong, right, or necessary.

They’re only devoted to what they call “pure science” and to profits.

This means they only care about whether they make money by genetically altering something.

They don’t care about the negative side-effects of the inventions they create.

Like when GMO crops kills bees, butterflies, and other beneficial insects in a farming region that depends on bees so the crops will ripen to maturity.

As GMOs become more widespread and powerful, we could end up in a sci-fi movie scenario wherein corporate-owned human-made organisms are an unstoppable and dangerous invasive species.

Corporate GMO materials haven’t been adequately studied or regulated. They enter your body without your permission, and then act as silent, molecular level attackers.

Environmental scientists warn that GMOs could eventually dismantle the web of life on our planet by severely disrupting the genetic basis for life we all evolved to share.

One thing is also certain: GMOs can wreck the health of your marijuana plants…

Your medical marijuana plants are evolutionarily equipped to deal only with naturally-occurring pests and diseases.

But what happens when we face biological enemies created in a GMO lab?

What happens when Monsanto breeds GMO FrankenWeed designed to kill other strains of marijuana?

Consider the fact that there’s a GMO corn plant that emits toxins so strong that they cause severe allergic reaction in humans.

Why and how would corn produce powerful toxins? Because biotech scientists implanted corn genetics with a toxin-related gene from another organism, that’s why.

And it gets worse…millions of dollars are spent to create GMO Fusarium fungi that kill marijuana.

A former employee of  an “anti-drug” agency told me how GMO  biotech scientists are trying to genetically modify marijuana to create zero-THC cannabis that genetically “terminates” high-THC varieties.

Those GMO insects, and a lot of other horrific corporate creations are real parts of the GMO brave new world.

In some cases, the claimed benefits are for real. But the risks are real too…

GMO crops like peas, rice, corn, sugar beets, soy, and potatoes have been linked to a wide range of human health problems.

And tens of thousands of farmers worldwide have seen their farms and families ruined by GMO crops that contaminate their non-GMO crops with “terminator genes” that sterilize natural crops so farmers could not plant their next generation of seeds.

Terminator genes threaten to wipe out native populations of wild food crops. They also have the potential to sterilize or otherwise genetically devalue marijuana crops, especially those grown outdoors.

How bad is Monsanto? Real bad!

Monsanto was found guilty of ​poisoning​ a French farmer because a Monsanto herbicide was not labeled properly, and that’s only the tip of the toxic iceberg when it comes to damage GMO giant Monsanto causes to us and our planet.

GMO crops are linked to increased reliance on pesticides and herbicides, and the elimination of natural gene pools that farmers have long relied on.

Some GMO crops are engineered so farmers have to use specific brands of pesticides or herbicides. It’s all a power grab and a money grab for Monsanto, which is notorious for attacking farmers and creating lots of suffering for them.

Not only that, Monsanto is reportedly working on GMO marijuana! The company wants to create proprietary GMO cannabis, and then patent it.

The patenting of plants is part of the typical Monsanto and corporate worldview that says all living things, including humans, are mere products to be engineered, patented, traded, and sold.

How about pollen from genetically-modified marijuana that ruins your seedless marijuana flowers and introduces fatal genes into your plants?

Or GMO-induced “superweeds” that outgrow outdoor marijuana, block its sun, suck its water away, and smother the landscape.

All of this is probable, not just possible, if we allow GMOs and GMO corporations to continue flooding our world with GMO biotech.

We get it that GMOs are genies that shouldn’t have been let out of their bottles, but guess what…when you go to a regular grocery store, 70-80% of the food contains GMOs.

Monsanto and other corporate criminals spend tens of millions of bribe dollars and political campaign dollars to defeat regulations that would require products be labeled to indicate whether or not they contain GMOs.

Not only that, the GMO industry is in bed with the worst extremes of industrial agriculture and its powerful lobbyists. Together, they have the financial and political power to fight off GMO restrictions and GMO disclosure labeling.

The industry has even prevented manufacturers of non-GMO products from telling consumers that products are GMO free.

It’s particularly worrisome that children and their moms are especially vulnerable to GMO-caused health problems.

Despite clear evidence that GMOs are a bad idea, world trade organizations, multinational corporations and governments covertly collude to force GMOs on countries whose citizens have voted to ban GMOs.

The corporate giants who profit the most from GMOs, including the Monsanto Corporation, play GMO hardball.

Monsanto even sues farmers whose fields are contaminated by stray pollen from adjacent Monsanto GMO crops, claiming that the farmers  “pirated” Monsanto’s GMO technology without paying for it.

Europeans Stopped GMOs & You Can Too

I’m sure you’re concerned about GMOs and wondering what to do to roll back their infiltration into your world.

Europeans have been more effective in fighting GMO crops. So companies like BASF (which had been trying to get approval for its GMO potatoes in Europe) have given up on Europe and moved their GMO offices to America, where GMO regulation is much weaker.

Citizen opposition to GMOs is increasing in the U.S., where coalitions of medical marijuana growers, organic farmers and health advocates are pushing for anti-GMO regulations in medical marijuana states like California, Colorado, Washington, and Oregon.

One way you can individually fight back is by refusing to purchase food products that contain GMOs. You can shop at health stores, where most of the food is labeled as GMO-free.

You can also utilize information provided by anti-GMO organizations such as The Center for Food Safety and the Institute for Responsible Technology. These groups help you identify GMOs in your lifestyle and environment. They also create strength in numbers as we join together to fight the risky business of genetic manipulation.

The significant successes of the European anti-GMO movement inspires us to believe we too could achieve similar success that protects us against GMOs in North America. And there’s something else you can do to stop GMOs…

As a marijuana grower, you fight GMOs by buying fertilizers that don’t contain genetically-modified materials.

But how do you know which fertilizers are GMO-free?

It’s a very important question, because many hydroponics nutrients manufacturers use genetically-modified agricultural crops whole or as extracts in their products.

With GMO crops and industrial ag crops pervasive worldwide, it’s smart to be concerned that GMOs, pesticides and herbicides might be polluting your hydroponics fertilizer, your water supplies, your soil, and other gardening materials.

Hydroponics nutrients manufacturer Advanced Nutrients recently announced the non-GMO status of its entire nutrients line…the first and so far only hydroponics company to do so.

It’s good to know that marijuana growers have a way to feed their crops without participating in the Frankenstein world of GMOs!