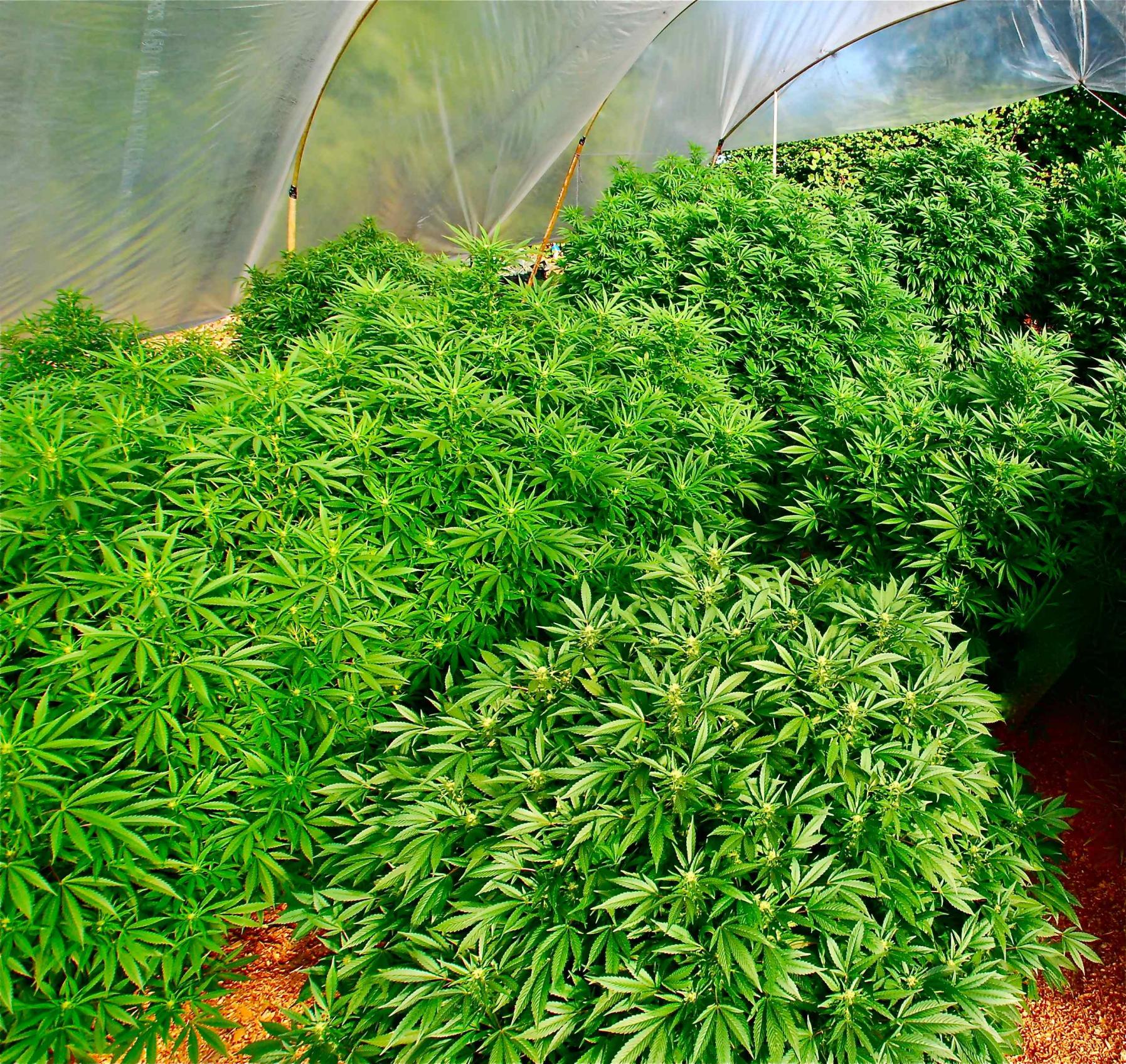 In a previous article about outdoor marijuana growing, we saw how selecting the right marijuana strains makes a big difference in how much bud you harvest outdoors.

To qualify as a prime candidate for outdoor growing, a marijuana strain should be adapted for the area where you live, have at least some Sativa in it so it can give you the massive size that Sativa plants provide, and of course yield you pounds per plant of the dankest buds.

I’m not a big fan of feminized seeds because I like to breed my own strains, but if you’re growing marijuana outdoors and can’t monitor your grow site easily to catch and remove the males early, I recommend going for feminized seeds.

We talked to the leading marijuana seed breeders and growers, and here are our favorite outdoor marijuana strains for this outdoor cannabis season:

Cheese Quake, from TGA Subcool Seeds: Yes, it smells like cheese, and that’s something to think about if you have worries about people smelling your crops.

This premium TGA Subcool marijuana strain is a mostly-Indica hybrid beloved by people in the Emerald Triangle because it yields heavy and creates a crippling high.

Top the plant and give it Big Bud and Overdrive in flowering for extra heavy yields.

Think Different, from Dutch Passion: From one of the most-respected Dutch cannabis seed breeder pioneers, this autofeminized auto-flowering Sativa-dominant marijuana strain has lots of leaf but still gives you massive THC and big yields in about 12 weeks from start to finish.

One of the benefits of auto-flowering marijuana is it doesn’t worry about light cycles.

It starts flowering when it wants to and finishes even if the daylength is way above 12 hours light per day.

In fact, autoflowering marijuana does best when it has 16-20 hours of intense light during bloom phase.

Sour Tangie, from DNA Genetics: This one lays on the resin glands, has a moderately dense but also Sativa-dominant bud, and gives you a kind variation on the typical sour diesel cannabis.

Available in feminized version so you don’t have to worry about males.

Luscious taste and smell, with a soaring, knockout high.

Top them early and then again just before flowering season, because otherwise they’ll get 10-20 feet tall.

Add Bud Candy from week two of bloom phase to amp up the yield, taste, and aroma of this beauty.

If you top early and lay on Iguana Juice Bloom, Connoisseur hydroponics base nutrients, and molasses in bloom phase, you get up to 2.5 pounds per plant.

Hits hard like most Kush marijuana, but has some uplifting effect so you’re not locked to the couch.

Because these Kush buds are so dense, not recommended for climate zones that get lots of rain and humidity in late flowering.

Chernobyl, from TGA Seeds: Another of the famous and much-loved TGA strains that have flavors, tastes, and highs nobody else can give you.

Indoors, Chernobyl marijuana yields average, but outdoors it yields big when topped early and grown in rich supersoil or with an organic feed program.

Very reliable seeds, not feminized because Subcool doesn’t do feminized, but well worth your effort as long as you can get out there at the start of flowering season and rip those males out.

The Chernobyl cannabis high is heavier and not as heady as Subcool’s famous Jack the Ripper, with slightly more Indica influence. And yet it’s also stimulating.

I love the lemony sweet smell and kind taste of this exclusive TGA strain.

As an added benefit, Chernobyl is resistant to powdery mildew and gray mold.

Kali Mist, from Serious Seeds. This is perhaps the most pure, most famous mainstream all-Sativa marijuana available right now.

Get the starts in the ground as early as possible, top them at least once or twice, feed them Rhino Skin, Overdrive, and B52, and be prepared for a long flowering time as these tall, spicy, skinny, gloriously resinous buds with few leaves ripen on the vine.

If you can’t handle pure Sativa or a long bloom phase, this marijuana isn’t for you.

But when you want a high that’s like a psychedelic trip, go for Kali Mist.

Jesus OG Kush, from TGA Subcool: This is a wickedly unique Kush that’s mostly-Sativa, ripens in 8-9 weeks, yields very heavy, and has a lemony taste and smell.

Top this plant and train it to make a round canopy, and be prepared to support some branches because you’re going to see heavy bud production.

As always, TGA Subcool gives you seeds that grow out to be exactly what you’re looking for based on his cannabis strain description.

Easy Ryder, from Lowryder Seeds: This is an autoflowering version of the famous one-hit wonder: AK-47.

Plant this where you have long daylengths, because it will flower and be ready for harvest even if it’s getting 20 hours of light per day.

Hits hard like the original AK-47, and yields big when you stoke it with Bud Ignitor, Bud Candy, and then later Big Bud starting as soon as it goes into flowering and throughout its bloom cycle.

Ready in about 75 days from the time you germinate.

Ripped Buddha, from TGA Subcool: This is a mostly-Indica strain that does well in guerrilla grows where the soil isn’t nutritious and you aren’t able to get out there and fertilize a lot.

It grows dense and short on its own but packs on the THC and the weight.

A relatively rare strain that commands high prices because few people offer it.

Growers, these marijuana strains will give you stoney buds in a variety of climates and conditions. I wish you your most productive outdoor marijuana season ever!