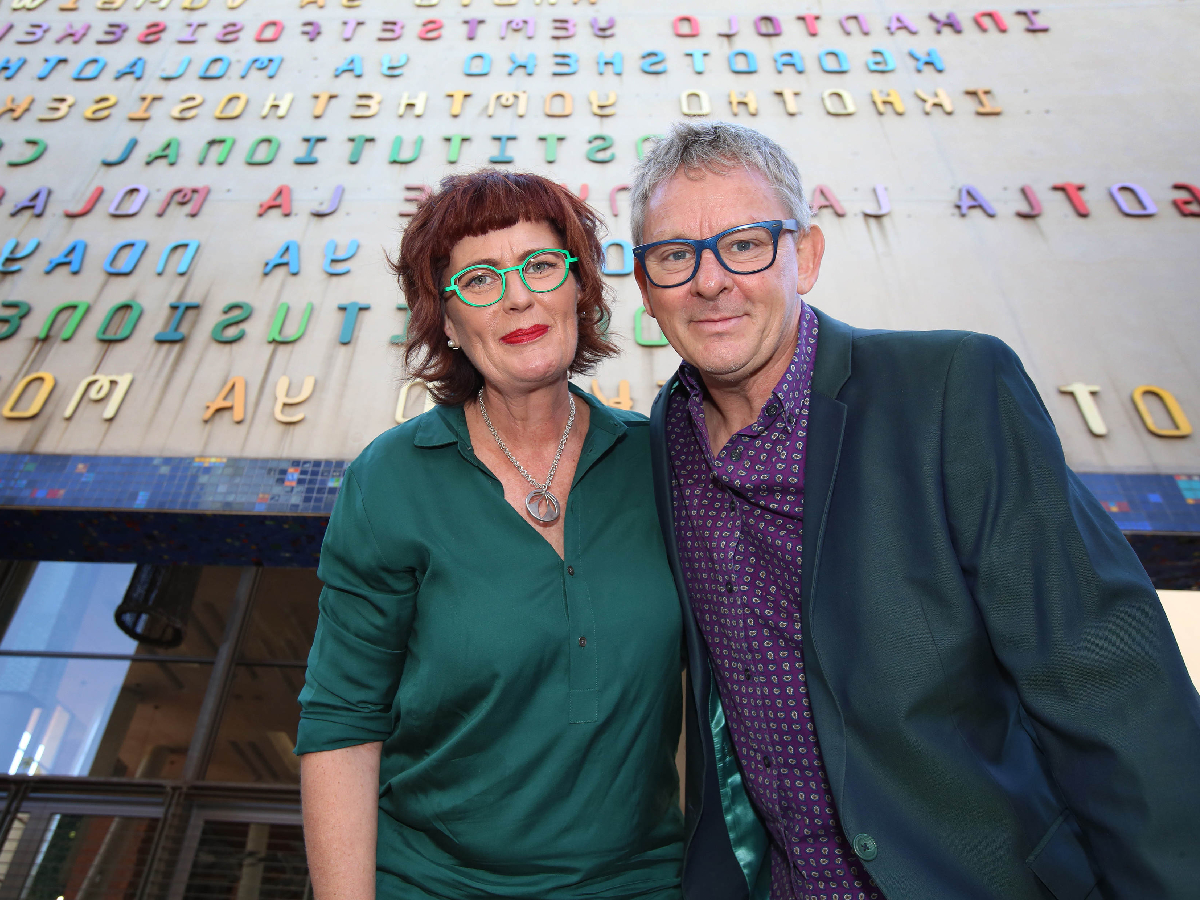 It was a police raid that first turned Jules Stobbs and Myrtle Clarke into cannabis activists. In 2010, law enforcement officers raided the home shared by British naval officer-turned-greensman Stobbs, and art director Clarke, where they found dagga, as the herb is commonly known in South Africa. Because the amount exceeded 115 grams, the two were arrested and charged with possession and intent to sell, and faced a lengthy prison sentence.

But when the middle-aged couple appeared in the Krugersdorp Magistrate’s Court, they came armed and ready — with a written affidavit claiming their constitutional rights to use cannabis as responsible adults in the privacy of their home. They also sued seven separate state departments with enacting unlawful and unconstitutional laws. Stobbs later wrote of the court appearance, “The elderly magistrate looked up at us over his round horn-rimmed glasses and said: ‘You do know you are opening a can of worms?’”

They were indeed. Cannabis for medical and recreational use had long been illegal in South Africa, and although the crop grows well in the country’s varied climate, the state had routinely conducted aggressive cannabis eradication programs for 60 years.

Last summer, activists around the world began to follow the Trial of the Plant, or #TOTPlant as it’s now known on social media, live from the North Gauteng High Court in Pretoria. International experts gave testimony and argued that cannabis prohibition is not based on science. The trial lasted for 19 days and made for a memorable spectacle. Stobbs admitted that the US $60,000 it cost to cover the expenses for the trial was raised “solely from street parties, screenings and other events.”

At the end of the trial, the Western Cape High Court ruled in the couple’s favor, handing down the judgment in March 2017 that it is an “infringement to ban the use of dagga by adults in private homes.”
The state was not happy with the high court ruling, and despite lack of evidence, it appealed the judgment to the constitutional court in a bid to overturn it.

Since the Trial of the Plant, the Dagga Couple have teamed up with two other prominent South African activists — Jeremy Acton of the Dagga Party, and Rastafarian Gareth Prince — and on November 11 stood before the 11 judges of South Africa’s highest court.

We sat down with Stobbs to talk about the recent developments in the trial and the couple’s ongoing struggle to free cannabis from the shackles of prohibition in South Africa. 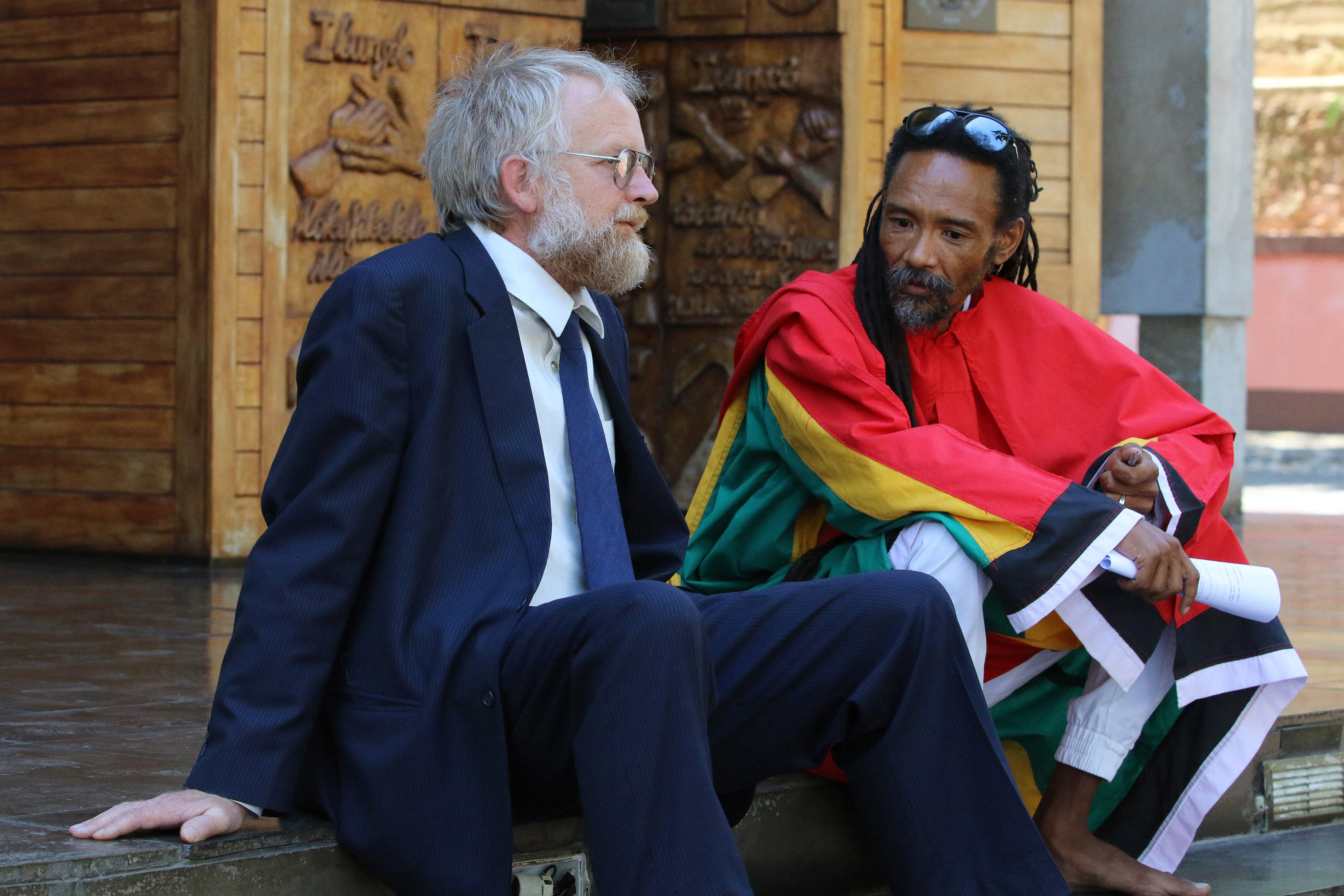 Jeremy Acton and Ras. Gareth Prince sought to have cannabis legalized at the High Court in Cape Town, 2015.

BigBudsMag: How do you look back on the Trial of the Plant (TOTP) and what do you consider most positive about it?

Jules Stobbs: TOTP was the culmination of seven years planning and a lot of postponements. We originally fundraised the trial in 2015, raising the money we needed to fly our experts in from the UK and USA. From the outset, the state’s modus operandi was plain to see. We were immediately bogged down in protocol and objections for two days while we argued the merits of livestreaming the event. To us, the livestream was the most important aspect of the trial. Now, for the first time ever, the definitive argument for and against the prohibition of the plant could be shown to the world to make their own minds up. The state bitterly opposed it, but the judge thankfully was on our side. The state were livid and petitioned our Supreme Court of Appeal [of South Africa] to have it stopped. That fight is still ongoing.

The state ground us to a halt with more and more evidence bundles — 4,000 pages one Friday. We could have argued this, but it would have taken days, which is exactly what the state wanted. They cross-examined [British psychiatrist and neuropsychopharmacologist] Prof. David Nutt for a total of 42 hours and ultimately killed the proceedings, but not before Nutt could explain to the world the relative harms of weed versus alcohol, opiates and tobacco. Priceless! Now we are licking our wounds, waiting to see what the next stage will be.

BBM: How has your cooperation with Jeremy Acton and Ras. Gareth Prince been working out?

JS: Running in tandem with our challenge in the Johannesburg courts, Acton and Prince were in the Cape Town courts doing the same as us with the same argument after being arrested for possession. Originally the TOTP was to be in March 2016 but it was postponed. This meant that Acton and Prince got to the Cape Town High Court first, in August 2016. Their successful ruling was handed down in March 2017. A positive judgment, but based on privacy, not so much [on cannabis]. The judge found the laws prohibiting cultivation and use of dagga in the privacy of the home to be unconstitutional. The judgment gave the state two years to amend the laws.

The state appealed the judgment immediately, which surprised many experts. They had little or no defense in the high court — what would change in a higher court? Our legal team recommended we apply to join this appeal as individuals and as our [nonprofit organization] Fields of Green for All. To our delight we were admitted as co-applicants. This meant our advocate could attempt to introduce TOTP evidence to help the bench reach a decision. Acton and Prince knew this was a huge help and were fully supportive.

BBM: How did the appeal at the constitutional court go?

JS: It’s important to note that Acton and Prince made it to the constitutional court without any legal representation at all. An astonishing achievement, proving the South African judiciary is alive and well and open to all citizens. Be that as it may, the fact that we brought a top-draw advocate and a team of first-rate lawyers with us on the day was always going to provide a lot more power to the argument. It was an incredible honor to make it to the con court. It is the bastion of the South African judiciary and a unique place in every way. The court was built on the site of the original apartheid jail. The bricks from those cells were cleaned and the court was constructed in part from them.

This bench of 11 judges, by the time you get there, are fully up to speed with the case before them. They all ask questions individually of the plaintiffs and the defense in an almost casual manner, giving each party 15 minutes to speak. It is always a one-day hearing. The bench was aware of the limitations of the privacy ruling and they were also aware of our desire to have all hemp and medical arguments added to the mix. The state’s argument was there had been no evidence heard about the plant in Cape Town, and home cultivation would put the youth at risk.

BBM: What will happen next?

JS: The con court will rule on the hearing by the end of March 2018. Two things can happen: They can ratify the Cape Town judgment and tell the legislature to change the law within 24 months. Or they could tell us to carry on with TOTP2 next year and ventilate more arguments concerning the plant. Our money is on the court producing a groundbreaking decision in March 2018 and we can walk away from ever going to court again! The thought of fundraising TOTP2 isn’t very appealing. Asking for money isn’t our strongest point.

BBM: Right now, what is and what isn’t allowed for South African citizens?

JS: Cannabis remains completely illegal in any form. The cops have doubled down on arrests. We still estimate there are around 1000 arrests a day for small-time possession. The number quoted in the constitutional court last week was 45,000 arrests in 2016, but we know it’s much more because so many people pay bribes to the police. However, there are now instances of magistrates throwing out cases based on the Cape Town judgment. If the cops bashed down your door and took your plants, then the judgment says that, in the privacy of your own home, cannabis use and cultivation should be legal. Some folk are having their cases dropped and charges thrown out. It’s still very much down to the magistrate, and in the lower courts there are those that are with us and those that are against us. This is not really justice, but we have come a long way. Here’s to good news in 2018!