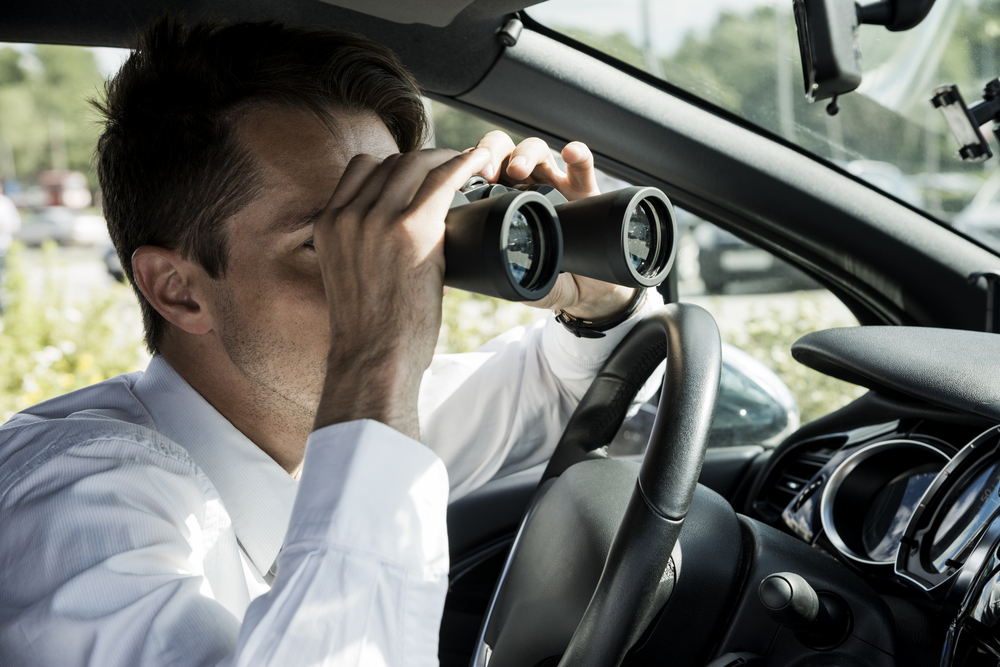 By Bratticus Finch, Esq. | Published: December 11, 2013
This column is for entertainment and informational purposes only.  It is not intended to, and does not, create an attorney-client relationship.  Neither the author nor publishers shall be held liable for the accuracy of anything set forth herein.  Individuals cannot rely on the facts or opinions expressed in this publication and anyone seeking legal advice should consult an attorney admitted in their jurisdiction.

In prior articles, we discussed the basic principal underlying the Fourth Amendment’s guarantee that people are free of unreasonable search and seizure.

It’s this: one’s right to privacy depends on whether a person would have a reasonable expectation of it.  We have examined this principal as it relates to technologies which increase our ability to snoop: the telephone, aerial drone vehicles.

As these technologies permeate society (see Google Glass), such that even a 14-year-old with his mom’s credit card can obtain them (see thermal imaging devices, available on Amazon), our “expectation” of privacy decreases.

Therefore, as we drive down the street, we cannot expect privacy in the numbers on our license plates.  To the contrary, their very purpose is to provide visible public information to be utilized to identify it and its owner.

So, don’t park where you don’t want to be seen and identified (hint hint).  You never know who’s watching.  This is a no brainer.

But what if the authorities go a bit farther?  What if, utilizing emerging technology, the authorities affix a GPS tracking device to your vehicle, and use it to track your movements for hours, days, even weeks.  Does this constitute a “search” within the meaning of the Fourth Amendment, thus requiring a search warrant?

That’s exactly the question posed to the Supreme Court in United States v. Jones.  There, authorities suspected Jones of being part of a drug trafficking ring.  Based on wiretap and other evidence, they obtained a search warrant to install the tracking device on Jones’ Jeep to track it.  The warrant was valid for 10 days, but police installed it on the 11th.  OOPS.

Using the GPS, police tracked Jones for four weeks, generating over 2,000 pages of monitoring data.  Using it and other evidence, Jones was ultimately convicted on a conspiracy charge related to the ring and sentenced to life.

Jones fought the law.  The United States Court of Appeals for the Ninth Circuit, which includes California, heard the case.  It held that the installation of the GPS device was not a search, reasoning that there is no reasonable expectation of privacy in vehicles parked in public places or in the undercarriage of a vehicle.  It’s rationale: any member of the public could access those areas “to retrieve a lost ball or runaway cat.”

Jones, not surprisingly, disagreed, and appealed to the Supreme Court.  He argued that the use of the GPS device was a “search.” Because the warrant was invalid (having expired the day before the device was installed), his Constitutional right to be free from unreasonable searches was violated, and the tracking data should have been inadmissible against him.

In a unanimous vote, nine Supreme Court justices agreed with Jones.  But here’s where it gets interesting – the Court was divided over what constituted the search: the attachment of the device or the long-term monitoring.  The majority held that the attachment of the GPS device and an attempt to obtain information was the violation.

Justice Alito agreed with the result, but for a different reason.  He argued that the monitoring was a violation of Jones’s reasonable expectation of privacy.

In any case, the bottom line is this:  police may track the movement of your vehicle.  Be it Starsky and Hutch-style, taking down your plate and monitoring where else that plate turns up, or by means of the latest GPS gadgetry.

Marijuana Growers: Do These Easy Things to Avoid Getting Busted or Ripped Off

Aerial Surveillance Could Get You Busted