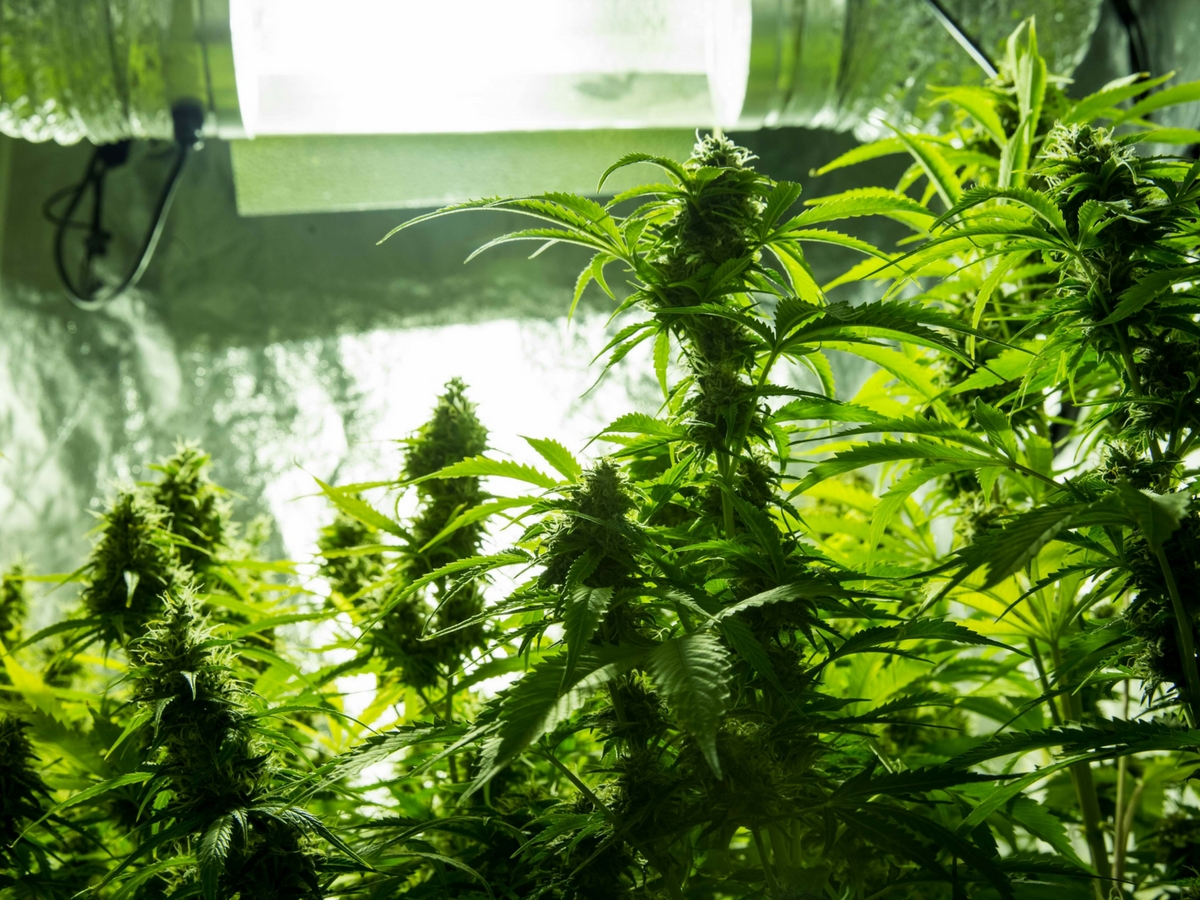 How do you determine which fertilizers, grow lights, hydroponics supplements, cultivation procedures, and supplies are best for your cannabis growing endeavors?

Indoor marijuana growers have an ideal opportunity to conduct controlled experiments, because they already have the ability to control everything that happens to their plants.

An easy way for a marijuana grower to see how controlled experiments work is to examine a sample scenario in which you compare the harvest weight productivity of two different grow lights. The unit of measurement the grower will examine at the end of the grow season is how each grow light affected harvest weight.

The first step in such an experiment is to control plant genetics, which must be as uniform as possible. This means taking clones from the same mother, which is the only truly reliable way to ensure a level genetic playing field for controlled experiments in cannabis growing.

So, in our sample controlled experiment, the grower who’s running a grow-light experiment would first take 24 cuttings from the same mother plant. The cuttings would be rooted in identical materials and given the same environment and inputs as they establish their roots.

The grower has two grow tents or grow rooms, with identical equipment and dimensions. For the purposes of a controlled cannabis growing experiment, the most neutral tactic is to grow plants in pure hydroponics, such as deep water culture, aeroponics or rockwool. These systems offer virtually total control over the nutrients inputs, root zone pH, water temperature, water quality, and other variables that must be maintained evenly between both environments.

The grower must be careful to use only identically healthy and robust clones, and place 12 of them in each tent. All variables — temperature, humidity, aeration, air movement, water quality, hydroponics nutrients, tent size, etc — should be the same in both tents.

In what the plants experience, the only difference between the two tents is the hydroponics lighting. In one tent, the grower uses a 600-watt high intensity discharge (HID) metal halide bulb of the highest quality possible. In the other tent, the grower uses a 600-watt LED grow light. The choice of grow light is the one variable that’s different, and the test is to see if one grow light produces a heavier harvest than the other.

Each light is placed at optimum distance from the plant canopy, following manufacturer’s directions, and the length of light and darkness per day will be identical in each grow room.

When bloom phase starts, the grower changes to a bloom-phase bulb in the HID tent and makes any adjustments possible in the bloom tent’s LED grow light (such as changing the LED array to be more appropriate for bloom phase).

The experimenter must be diligent about controlling all marijuana growing variables and conditions to the highest degree possible. This control of variables will in some cases interfere with normal grow room protocols and procedures.

For example, if the grower customarily tops their plants, and they’re running a controlled experiment related to yield per plant, then they have to be sure to top all the clones at the same time the same way, and only once.

If a grower customarily tops their plants only by snipping the topmost apical meristem three weeks into grow phase, that’s a relatively simple topping that can be uniformly done on all the plants at the same time, and it won’t compromise the experiment.

When you do significant topping, it inherently affects the outcome of a controlled experiment, because it unpredictably alters the number of budding sites and the overall maturation rate of your buds.

The bottom line is this: Keep your controlled experiment in your grow op as simple as you can.

However, it’s difficult to correlate and collate all that data, so in this experiment, the simplest and most reliable measurement is total harvest weight. To measure the relative harvest weight effects of each grow light, you harvest your plants at the same time, dry and cure them in the same environment using the same trimming and storage methods, and weigh the total harvest from each grow room using the same scales.

The experimental outcomes could be:

Two elements of controlled experiments to be familiar with are the margin of error and statistical significance.

I wouldn’t consider that outcome to be a definitively useful experimental result; the 1-ounce difference isn’t significant enough by itself to let me know for sure that one light is clearly more productive than the other. Because of a trimming error or a slight difference in how the crop dried, an ounce might not indicate anything, because it’s within a margin of normal error.

However, if the HID grow room yielded a pound and a half of dried, cured bud, but the LED grow room yielded only a pound (or vice versa) I’d consider that a statistically significant result. I’d run the same experiment again in a second grow season. If I got similar results, I’d conclude that 600 watts of electricity would be better used for the HID grow light than for the LED grow light.

But there are a couple of other things to consider. One is that marijuana growers are more trichome farmers than bud farmers. Our ultimate reason for growing is for the THC, CBD, CBN and the terpenoids plants produce. If I was running the most useful and comprehensive grow-light controlled experiment, I’d do more than weigh the buds — I’d also have them analyzed for cannabinoid and terpenoid percentages and ratios.

This is a useful consideration, because some LED grow lights put out plenty of ultraviolet radiation that encourages increased numbers of resin glands, and larger resin glands. Your result could be that total amounts of cannabinoids and terpenoids are higher for the LED crop than for the HID crop. This would mean that the LED crop is the more valuable of the two harvests, especially if your goal is to make cannabis concentrates.

When you’ve mastered the art of controlled experiments, you can test other important variables to answer your most important cannabis growing questions.

For example, I switched my hydroponics nutrients from General Hydroponics to Advanced Nutrients after conducting the following simple controlled experiment.

In the other grow room, I used Advanced Nutrients pH Perfect Connoisseur base nutrients. In bloom phase I used the Big Bud bloom booster.

I would have created headaches for myself if I’d used multiple nutrients products from each brand, if I’d done complex topping to change the plants’ bud profiles, if the two grow rooms had different environmental factors or grow lights, or if I hadn’t carefully controlled pH. In that case, the controlled experiment would be uncontrolled, and the results invalid.

TL;DR: In summary, here are some brief reminders about controlled experiments:

Controlled experiments are a crucial tool for you as a cannabis grower. Now that you know how to put them to practice, you’re empowered to solve marijuana growing problems, find equipment and ways of growing that work the best, and do comparisons that give you final answers to important cultivation questions.

Midwest Marijuana: How States Like Nebraska Are Tackling Legislation
We Sell Sanctuary: Cannabis Sanctuary Cities Popping Up Across The Nation