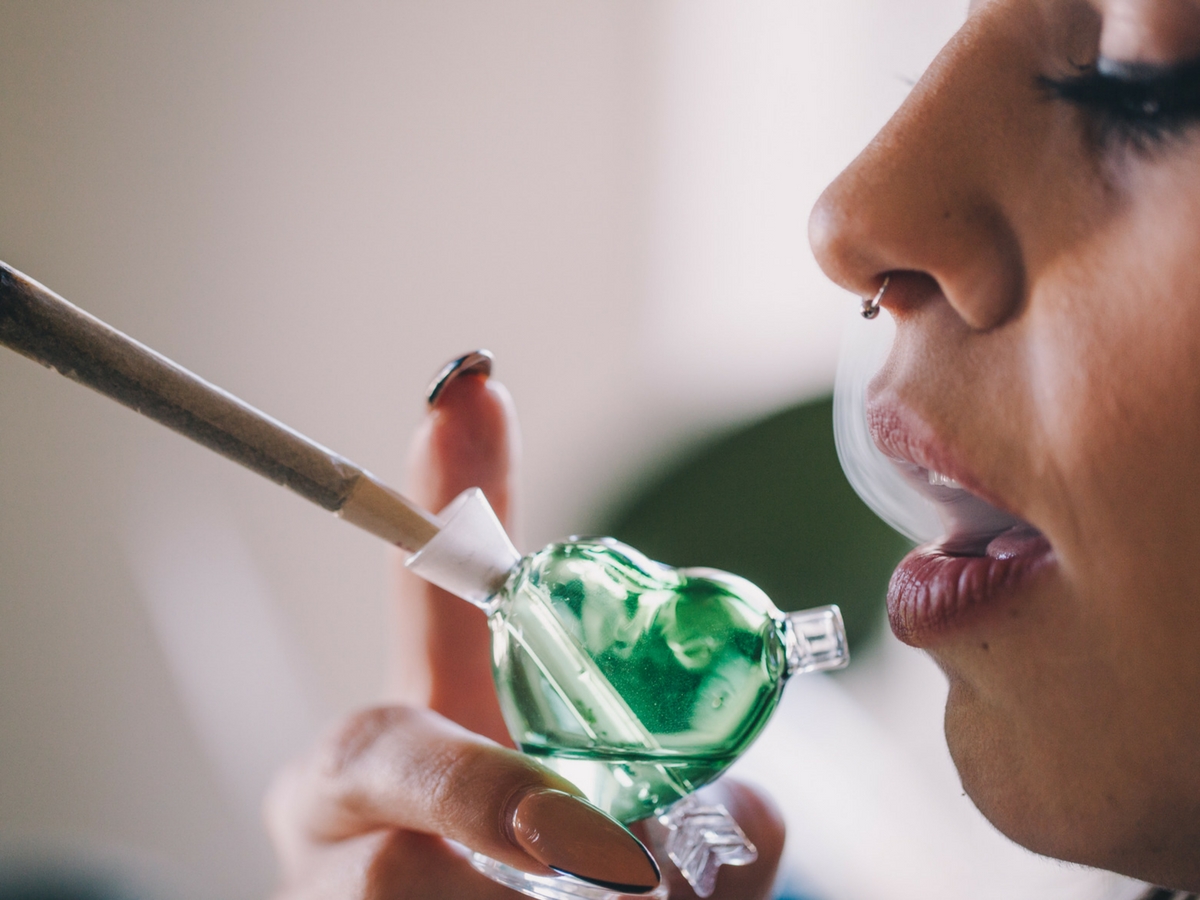 “So you want a strain with less potency,” says the woman in the driver’s seat next to me.

It’s a statement that feels dangerously close to an accusation.

She’s a marijuana delivery driver I know only as “The Hairdresser,” because nearly every time we meet, she indicates that she’s just come from a hair salon. On this day, her hairdo looks impeccable — a stunning platinum blond that frames her face like the rays of a disco ball.

Her expression, however, is a twisted grimace of confusion.

“I guess I can see about getting you something weaker,” she says.

The word “weaker” hangs in the air for a moment and embarrasses us both so much that I practically jump from her car clutching my bag of Strawberry Cough.

That conversation happened over two years ago and was promptly forgotten by The Hairdresser the second she drove off. My low-THC request was never fulfilled, and we didn’t touch on the topic ever again. It was like I’d just asked my favorite neighborhood bartender to serve me up a flat beer with a peach wine cooler chaser.

The Hairdresser’s surprise was not surprising.

“Ask five growers out there what they’ve got in their gardens,” says Oakland cannabis cultivator Jerry DeLuca, “and four of them will include in their answer that their plants’ THC percentages are off the charts.”

Lay down some serious high-octane THC numbers or get out of the way.

But as a whole new crop of mainstream consumers is introduced to legal cannabis across the US, that longstanding, high-THC/high-potency model may be evolving.

With recreational pot sales now legal in nine US states plus the District of Columbia — and medical marijuana accessible to some extent in a majority of the nation — an ever-expanding number of newbie customers are looking for a broader range of highs. And some cultivators are listening up and providing that new market with what it demands.

“Not everybody wants to have that heavy psychoactive punch,” says DeLuca. “Some people need a little longer runway, they want a buzz that’s not going to leap out at them and scare them.”

The California grower says he’s recently looking to cater to a lot of different tastes and levels of participation.

“You have to read the market to survive as a marijuana producer these days,” he adds.

Richard Higgins from Sebastopol in Northern California says that lately he’s been scouring his local medical cannabis dispensaries, looking for interesting clones to expand his range of cultivation.

The NorCal grower, who is currently planning his outdoor garden and looking for new clones, says he wants a few varietals that are different from past years, where his focus had been on explosive THC levels.

Aware of the growing interest in CBD — an active compound in cannabis known as cannabidiol and valued for its less-psychoactive medical benefits — Higgins has been on the lookout for high-CBD, low-THC clones.

“It hasn’t been easy though,” he admits. “I’ve gone to a few different dispensaries looking for Mai Tai Cookies cuttings, which I hear are great, and I’ve been boxed out across the board. Some people are talking about them, and some of my customers are asking for them, but I can’t find them yet.”

A CBD-rich hybrid, Mai Tai Cookies is a cross between Alien Orange Cookies and the high-CBD strain ACDC. Lauded by medical consumers for its near-perfect 1:1 ratio of CBD to THC, growers are beginning to warm to the idea of including these kinds of strains in their repertoires.

Higgins says that while budtenders acknowledge there is a growing demand from patients for strains like Mai Tai Cookies, Cannatonic and Harlequin — all of which are high-CBD, low-THC strains — the demand on the cultivator side, providing those clones, has lagged behind.

That’s why industrious growers like Higgins and DeLuca are following the expanding consumer trend and looking to stock their gardens this year with strains that are less-psychoactively intense.

“It’s not as cool to tell other cannabis growers you’ve got a strain with 4 to 6 percent THC in your garden,” says Higgins. “But I’m not interested in showing off. I want to be assured that I can move the product soon after I harvest it. If this is in demand, I want to grow it.”

DeLuca agrees, saying, “It can’t be an ego thing anymore, with all the competition in California since recreational sales became legal January 1.”

He tells how his first clue to change up his garden came after a conversation with a 68-year-old customer.

“This guy has smoked since the 1970s,” says DeLuca. “He’s intimately knowledgeable about weed. He was telling me last time I saw him about the days of more chill cannabis, when a joint wouldn’t knock you off your feet. He asked if I could get him something closer to an 8 to 10 percent THC level, rather than the typical 17 to 25 percent we see nowadays.”

The Hairdresser confirms that, too, with her clientele in Santa Rosa. “I’ve got a lot of both younger and elderly patients who’ve been buying from me for a lot of years,” she says. “They like a whole range of tastes and strengths. I need to provide them that variety if I’m going to stay in business.”

She also says she no longer uses the word “weaker” to describe strains lower in THC and higher in CBD.

“It’s in many cases a specific medicinal need for my customers,” she says. “I might have one person who loves only Bubba Kush, which can rank around 20 to 25 percent THC. Then, just down the street there’s another person who loves Harlequin, which has far less THC. The way I look at it is that all of it is getting people to where they need to be.”

Higgins likens the focus on THC-rich varieties to the IPA beer craze of the past couple years. “Microbrewers seem to be trying to out-hop one another,” he says. “There’s triple hopped beers all over the place, with like 9 percent alcohol. All these beer producers trying to outdo each other with their super-hoppy IPAs. But then things swing back, and you’re starting to see more pilsners and lighter tastes coming back into fashion. I think it’s the same with cannabis.”

In the end, it’s all about the consumer and what they want. They are the ones driving the market.

“I’m always looking to keep a finger on the pulse of what people want, not what I personally like to grow,” says DeLuca. “My garden this year will definitely reflect that.”

Savvy Seedlings: What Your Baby Cannabis Is Trying To Tell You
Britain In Overdrive With Reefer Madness Super-Strength Skunk Scare