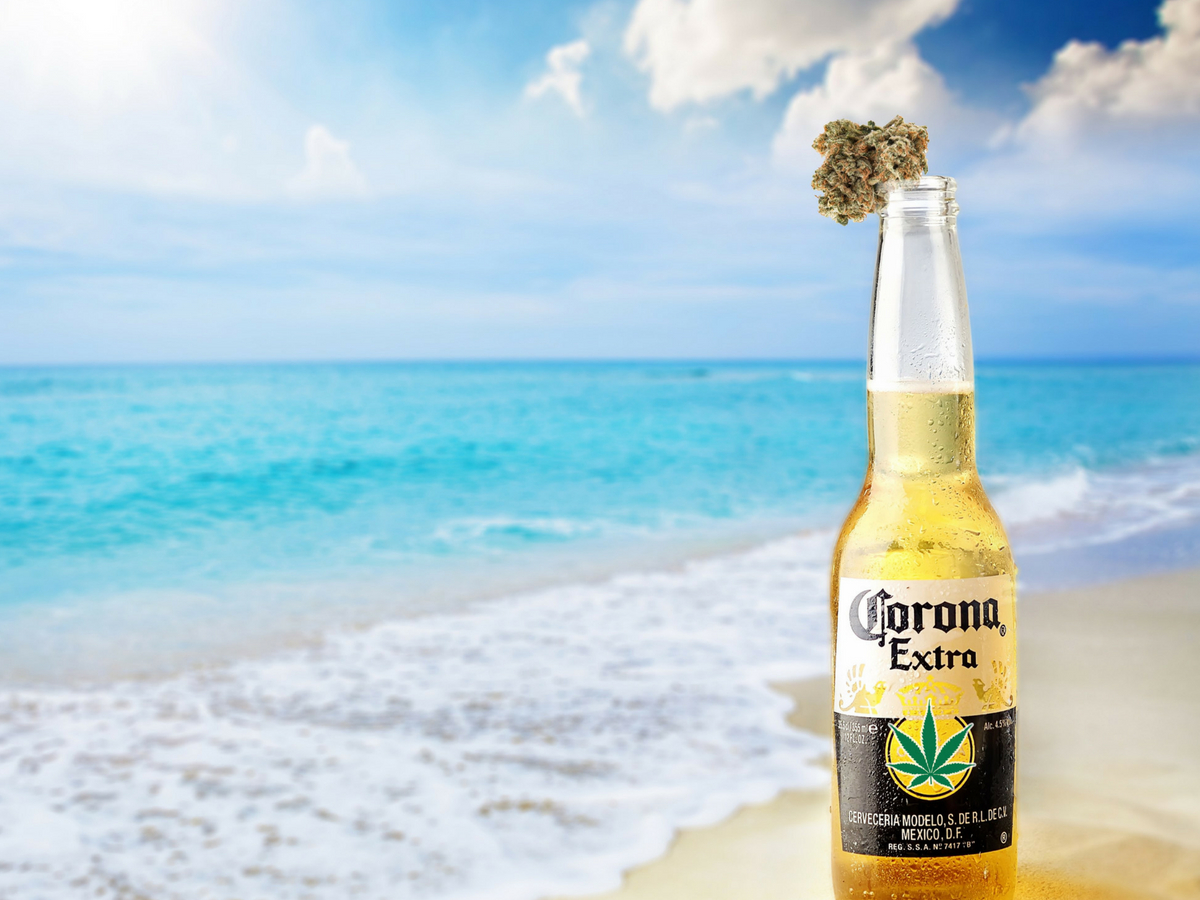 The following story is an update to our previous post on Constellation Brands’ stock purchase of Canadian medical marijuana company Canopy Growth Corporation.

Going in big on legal weed, Constellation’s move comes ahead of Canada’s marijuana legalization plans scheduled for this fall, and is a gambit into the expanding cannabis-infused beverages market. Part of a growing trend among alcohol producers, Molson Coors Brewing Company and Heineken International are others looking to cash in on the cannabis market, with plans in place to captivate the taste buds of marijuana enthusiasts.

Canadian-based financial analyst Jason Zandberg noted in a Bloomberg interview why the pairing of Constellation and Canopy is a good bet. “We have a culture of drinking our intoxicants,” he said. “That will be a big product winner. Having a beverage is very social, and it’s what a lot of people are used to.”

Beyond The Beer Buzz Backsliding

The Constellation investment coincides with reports over the past few years of slipping beer revenues across US states where cannabis has become legal. Dwindling sales have brewers evaluating new trends and scrambling to create products intended to recapture those vanishing dollars. And cannabis is the obvious choice.

This week, Constellation president and CEO Robert Sands echoed that attitude in an official statement, saying, “Over the past year, we’ve come to better understand the cannabis market, the tremendous growth opportunity it presents, and Canopy’s market-leading capabilities in this space. We look forward to supporting Canopy as they extend their recognized global leadership position in the medical and recreational cannabis space.”

While other beer retailers have identified the trend toward cannabis, none have gone all-in like Constellation, which now boasts a 38 percent ownership interest in Canopy Growth.

California-based Lagunitas Brewing Company, recently acquired by beer behemoth Heineken International, has for years dipped its toe into the weed waters with pot-themed beers (with no psychoactive ingredients) — including The Waldos’ Special Ale and SuperCritical — and earlier this year created a cannabis-infused hop-flavored sparkling water called Hi-Fi Hops. And Molson Coors recently began a joint venture with Hydropothecary Corp. to develop nonalcoholic, cannabis-infused beverages for the Canadian market.

“Our company’s success is the result of our focus on identifying early stage consumer trends,” said Sands in an official statement, “and this is another step in that direction.”

Why Did It Take So Long For Big Alcohol To Move Into Cannabis?

The core reason alcohol companies have remained reticent to make the push into cannabis sales has largely been to do with the federal prohibition status of cannabis as a Schedule I drug, and its gray-market condition whereby the substance is legal to some extent in 30 US states and the District of Columbia, but remains federally illegal nationwide. Constellation made clear that it has no plans “to sell cannabis products in any market unless it is permissible to do so at all applicable government levels. Canopy Growth remains committed to not entering the U.S. market in any manner that would contravene U.S. federal laws.”

But right across the border in Canada is a market primed for the emergence of new pot products, as that nation inches steadily toward legalized recreational usage by October of this year, with edible and drinkable products set to be legalized in 2019.

It’s a match made in high heaven — the world’s largest producer of legal cannabis teaming up with the distribution and logistical might of the juggernaut behind Corona, Ballast Point and Modelo beers.

Constellation’s statement this week described that the $3.8 million investment “will provide funds which Canopy Growth will deploy to strategically build and/or acquire key assets needed to establish global scale in the nearly 30 countries pursuing a federally permissible medical cannabis program.”

Canopy Growth CEO Bruce Linton shared with The Wall Street Journal after the first Constellation investment that Constellation’s know-how when it comes to alcohol distribution and packaging will be advantageous to Canopy as it expands its reach into the growing cannabis industry. Linton also said that he believes the arrangement could signal to institutional investors “that a cannabis company that fully complies within legal jurisdictions would be the right place to invest.”

This week, Linton put a finer point on it during a recent company earnings call, reported by Bloomberg, saying, “This is rocket fuel. We’re going to be way more global.”

Keep Cannabis Green: What To Do With Your Weed Wastewater So It Won’t Wound The World
Head Chef: Here’s Why These Kitchen Whizzes Grow Their Own Weed