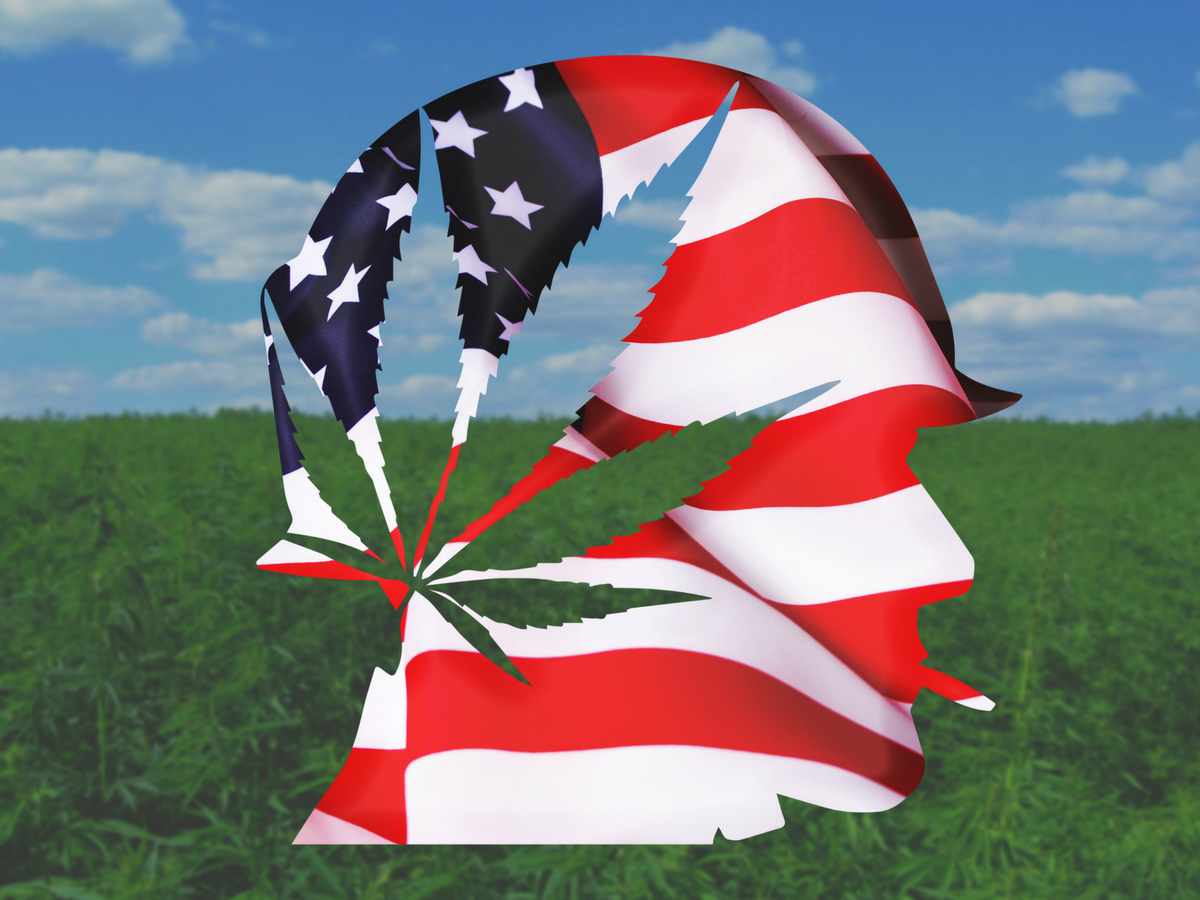 Congress has long debated the issue of giving veterans access to medical marijuana. Wrangling over different versions of government funding legislation, one bill presently on the table in the Senate would finally allow Veterans Affairs doctors to give vets the certifications they need to access medical marijuana in cannabis-legal states without risking their government benefits, while a second House version of the bill would not.

Veterans use medical marijuana to treat ailments including post-traumatic stress disorder and chronic pain, often the result of being stationed in war zones.

“More than 50 veterans die every day from prescription drug overdose and suicide, virtually all while high on prescription drugs,” Roger Martin, founder of the HeroGrown Foundation, tells Big Buds. “If anyone has earned the right to choose what medicine they use, it’s veterans. In my opinion, anyone who opposes veterans having safe access to free cannabis, just as they have with deadly prescription drugs from the VA, is anti-veteran.”

Martin says he is a patient with the VA, and while he has seen the federal agency become more accepting of medical marijuana as a treatment option for certain ailments, there remains a problem with anti-cannabis bias at the organization. “There are still some that even go so far as violating official VA policy when it comes to allowing vets to utilize cannabis to reduce or eliminate their use of deadly prescription drugs,” he explains. “VA bureaucrats still lack the courage to do the right thing.”

As things currently stand, VA doctors cannot recommend medical marijuana for treating ailments veterans may have, nor can they complete any of the paperwork that may be required to gain access to medical marijuana in legal states. Even if a doctor believes a patient would benefit from medical marijuana, they are barred from recommending this treatment. Many pro-cannabis supporters see this as an obstruction when it comes to letting doctors give the best medical advice they can.

Michael Collins, deputy director of the Drug Policy Alliance, tells Big Buds, “The typical process in a state is that a medical marijuana patient visits their doctor, gets approval to use medical marijuana, the doctor fills out a form, and the patient uses this form to get a card from the state. Because VA physicians are not allowed to fill out these forms, many veterans are excluded from the medical marijuana process.”

According to Collins, it’s been shown repeatedly that cannabis can help veterans with PTSD, chronic pain and other issues, so it’s important that they be allowed to consume weed as needed. Because vets currently only have the option of using prescription medication that is often addictive, many casualties are created by the system.

“Overdoses have killed more Americans than the wars in Iraq, Afghanistan and Vietnam combined,” Collins says. “Veterans are twice as likely as non-veterans to die of an [accidental] overdose.”

Veterans have unfortunately become the “face of the opioid epidemic,” Martin says, and he’s concerned that politicians who are influenced by the pharmaceutical industry are allowing this to happen. He says the opioid epidemic has become “a crisis that now touches virtually everyone in America.”

“Almost everyone knows a family that has suffered as the result of this scourge. Something that is unlikely to change until politicians are prohibited from selling out to pharmaceutical manufacturers and distributors,” Martin continues.

Member of Congress attempted to include the Veterans Equal Access amendment in the government funding bill last year, which would have allowed veterans to participate in their state’s medical marijuana program. However, the amendment was blocked by Republicans in the House. Oregon’s Democratic Rep. Earl Blumenauer, who has been working on this issue for years and included the amendment that was blocked, told McClatchy at the time that he was “bitterly disappointment.”

“This is a subject that has gained a great deal more attention and momentum,” Blumenauer said in 2017. “More people recognize that the VA has really failed our veterans when it has come to pain management, opioids and opioid dependency.”

Blumenauer’s amendment was blocked in the House again this year, but the Senate version of the funding bill, proposed by Republican Senator Steve Daines and Democrat Jeff Merkley, includes an amendment that would give veterans access to medical marijuana, so there’s still hope.

“For the second year, [Rules Committee Chairman] Pete Sessions has shown that he does not care about the health and well-being of our veterans—who are speaking out across the country,” Blumenauer said in a statement after his amendment was again blocked. “All they want is fair and equal treatment, and the ability to consult with their own physician on all treatment options. By blocking this vote, Chairman Sessions has turned his back on our wounded warriors, commonsense, and the will of the American people. He should be ashamed.”

While the VA changed its policies at the end of last year to allow VA doctors to talk to patients about the possible benefits of medical marijuana, the policy change stopped short of allowing doctors permission to recommend the medicinal plant to their patients, because cannabis is still illegal at the federal level. The policy even went so far as to state that “to comply with Federal laws such as the Controlled Substances Act … providers are prohibited from completing forms or registering Veterans for participation in a State-approved marijuana program.” Before this change in policy, a doctor could be fired for simply discussing medical marijuana as an option for treating certain ailments.

With Republicans and Democrats recently putting forward a flurry of bills to legalize or decriminalize marijuana nationwide, there appears to be a disparity in continuing to block veteran access to medical marijuana. Furthermore, with 93 percent of Americans now supporting legalization of medical marijuana, according to a Quinnipiac University Poll, the issue has more support than ever. Something so accepted by voters shouldn’t be so difficult for politicians, who are meant to represent the people, to get behind. This issue is still being debated, but it certainly looks like it’s past time for Congress to finally reflect voter sentiment.

This Is Your Endocannabinoid System Malfunctioning. So, What Part Does Cannabis Consumption Play?
The Coast With The Most: Who Comes Out On Top When It Comes To The Cost Of Cannabis?