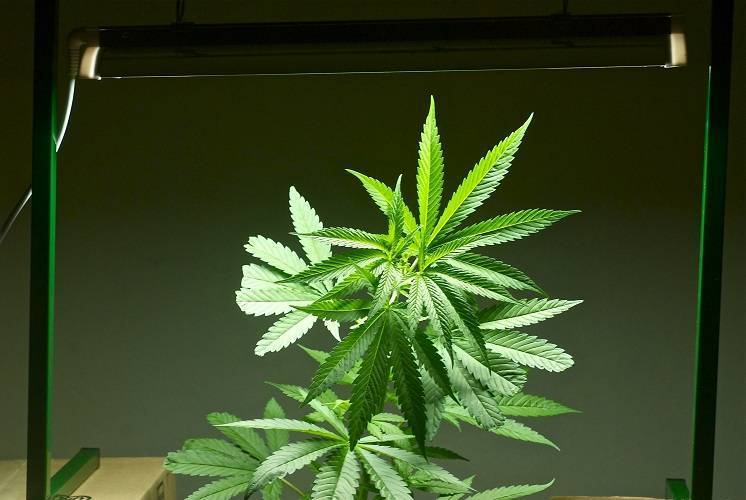 By Gary Anderson | Published: January 14, 2014
I saw a Jerry Springer episode about a man found out live on television that the “woman” he was in love with was born a man…but had been surgically altered to have female genitals!
It reminded me of when I was a beginner marijuana grower with a plant that was supposed to be a female clone of a cross between Chocolope and Hawaiian Snow.

As I grew the plant, I looked at online photos of Chocolope and Hawaiian Snow.

It was tall, lanky, thinly-branched…with long spaces between nodes.

These are male marijuana plant characteristics.

They could also be characteristics of a Sativa marijuana plant, except for one thing- the leaves weren’t thin like Sativa, they were fat, large, and thick.

I finally bought a grow book and saw marijuana pictures and read information that indicated the plant could well be an Indica, and a male.

This really pissed me off. The guy who sold it to me had claimed it was a female clone of two crossed Sativa varieties.

As a beginner marijuana grower, it’s easy to get ripped off and misled.

I was growing the plant outdoors so it got direct sunlight about six hours per day. I then put it under a T5 High Output for 12 hours to reach 18 hours of total light per day.

The plant was growing in Fox Farm Ocean Forest.

I had also mixed in the recommended amount of a product called Insect Frass, which is a 2-2-2 organic fertilizer.

The plant grew about 4 inches per day, and I liked its vigor, look, and ability to resist outdoor pests and diseases.

However I was worried that it was not a Sativa, and it might be a male.

The guy I got it from admitted it was not a clone but was a seedling that had been created from seeds treated with ionic silver.

This was supposed to create feminized seeds, he said, but I felt like the guy on the Jerry Springer show—I wanted a female, but maybe I had been tricked into dealing with a male instead.

In the marijuana grow book I read that if your plants are too tall and not bushy enough, you should cut the very tops of the growing shoots on major stems.

This produces denser growth, and slows down the plant’s vertical stretching. That’s what it’s supposed to do.

With my plant, it didn’t work that way. The thing kept on stretching and getting taller until I ran out of room for my T5 light stand.

This was a problem, because I had intended to let it finish in the five-gallon pot.

One thing a beginner marijuana grower learns is that you better keep up with your plants’ root growth and with their vertical aboveground growth too.

If you have a plant that gets root-bound, it strangles the roots.

This slows growth and diminishes yield.

On the other hand, transplanting into an even larger pot could cause transplant shock, and it also presented logistical problems, because I was growing the plant indoors and outdoors.

The larger the pot, the more weight I was carrying in and out, and it gets heavy.

By the end of the first half of grow phase, I had a plant of indeterminate genetics and gender that was growing super fast aboveground and below-ground.

I was growing extremely low-tech, using only sunlight/T5, hand-watering, and only a powdered 2-2-2 soil amendment.

When I had to go away for several days, I left the plant outside, and used a product called DriWater to provide water to the roots.

It’s a form of condensed water that slowly seeps into the roots as time passes.

DriWater is super-useful for outdoor marijuana growers, or indoor growers who don’t have irrigation.

My biggest beginner marijuana grower questions were ones that cold not be definitively answered by the grow book: Was this a female marijuana plant, or a male? Was it a Chocolope X Hawaiian Snow, or an Indica? Not even Jerry Springer could tell me!