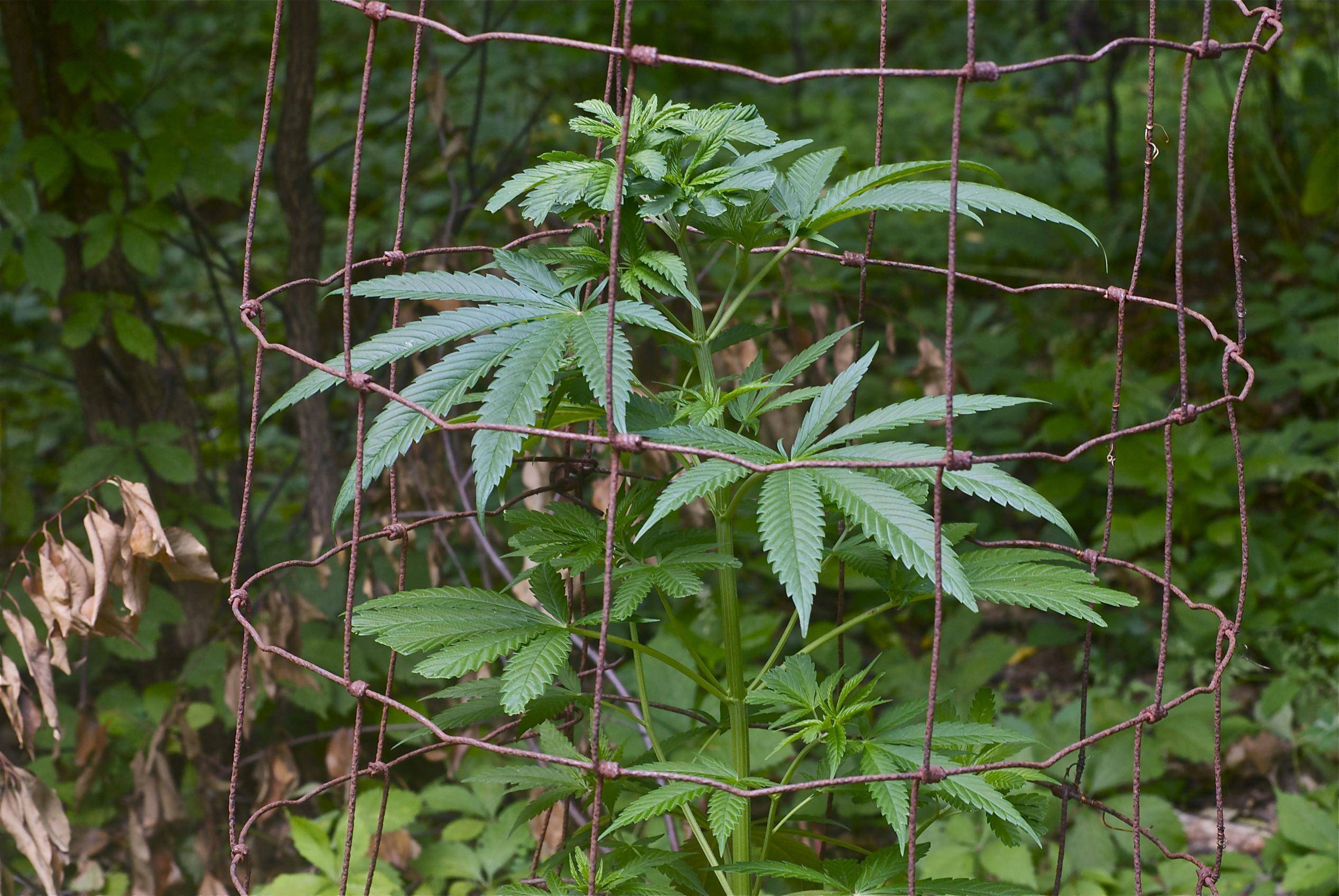 By Gary Anderson | Published: August 20, 2012
I saw a bumper sticker that had a machine gun photo, and the words “Dads Against Daughters Dating.” It clued me in on why I’m so protective of my female marijuana plants. They’re like my daughters.

When I first started growing, I had one female plant (a Chocolope x Hawaiian Snow cross). Because I had not invested in hydroponics HID grow lights, I gave the plant sunlight, and T5 florescent light.

When a marijuana plant is outdoors, it’s exposed to insects, diseases, deer, rain, cold, wind and other things that aren’t good for plants.

I noticed that my some of my leaves didn’t taper naturally and looked cut off or chewed off at the tips. I thought this might be some kind of leaf mutation. It didn’t look exactly like it was caused by a slug, caterpillar, leaf cutter or some other hungry bug.

I examined the plant from top to bottom, and also looked at the top of the soil zone. Nothing. So I tried to ignore the leaf weirdness, until I saw obvious signs that my new leaves were being munched. It wasn’t the whole leaf. It was just the tips.

Whatever was eating my leaves was doing it cleverly, trying not to arouse my attention.

I looked in my marijuana grow book and called hydroponics stores to find out what to do.

What I heard the most was: Stop growing outdoors.

I liked using the sunlight though, so I selected a 3-in-1 foliar spray product called “Organicide” that kills spider mites, fungi, and insect pests without killing your plants or you.

I had to buy a sprayer, and I learned not to buy cheap spray bottles. I went through three of them before I got a pump sprayer that has lasted for years.

Oddly enough, it’s called the Solo 420 2-Liter sprayer. I doubt that the company that makes the foliar sprayer has any idea just how “420” their sprayer is for me

After I sprayed my marijuana plant, I watched carefully for several days to see if more leaves were getting eaten. The dining stopped, and I was glad.

But then another problem jumped into my life. Over a fence.

It was a hungry deer. I called the country agricultural office and they said unless I have an eight-foot high or electric fence, the deer are going to get in, and they’re going to eat any plants they can reach.

I got a large wire plant cage, but after putting it around the plant, I could see how a deer would be able to nibble leaves through the wire, so the cage didn’t give the 100% protection needed.

I bought deer repellent and put it along the perimeter of my property and around the marijuana plant. Whenever I saw the deer (it was always the same one), I barked at it like a dog and made menacing movements.

It’s amazing how high those animals can jump, especially from a standing position. I’m glad to see them jumping out of my property rather than in.

Now that I’d dealt with immediate threats, I could go back to focusing on the marijuana cultivation problems I mentioned in my previous article.

The overall problem is I was not fully prepared to grow a marijuana plant from start to finish because I didn’t have an HID light or bloom fertilizer. I didn’t have a grow room, just a space in the basement.

I was confused, because Fox Farm and Roots Organic make top-dress (dry application), and/or liquid fertilizers. The dry application ferts take a long time to absorb, so they don’t fix nutrients problems right away.

I was advised that even the liquid Fox Farm or Roots Organic fertilizers would not be the best.  Why? Because these products have natural and organic ingredients, they would not immediately feed the plant. There would be a waiting period while the ingredients broke down into bio-available form.

And due to the fact that I had used water with chloramines in it that kill beneficial microbes in the soil, some organic and natural ingredients might never get broken down to become nutritionally available.

As summer gave way to autumn, I gave up on trying to provide 18 hours of daily light. The T5 was just not strong enough, and the summer sun was gone.

My marijuana plant was getting too tall anyway, and it was time for bloom phase.

I guess my biggest realization so far was that protecting my marijuana plant from bugs, deer, and the weather was easy, compared to protecting it from my own lack of knowledge, preparedness and materials.

Nothing got in the way of my marijuana growing fever though. I was still hoping for something like the kind buds we see in this Romulan harvest video…

Marijuana Growers and Users: Tired of Being Treated Like Dirt?
Marijuana Yoga: Ganja Yoga Uses Marijuana to Liberate Your Body