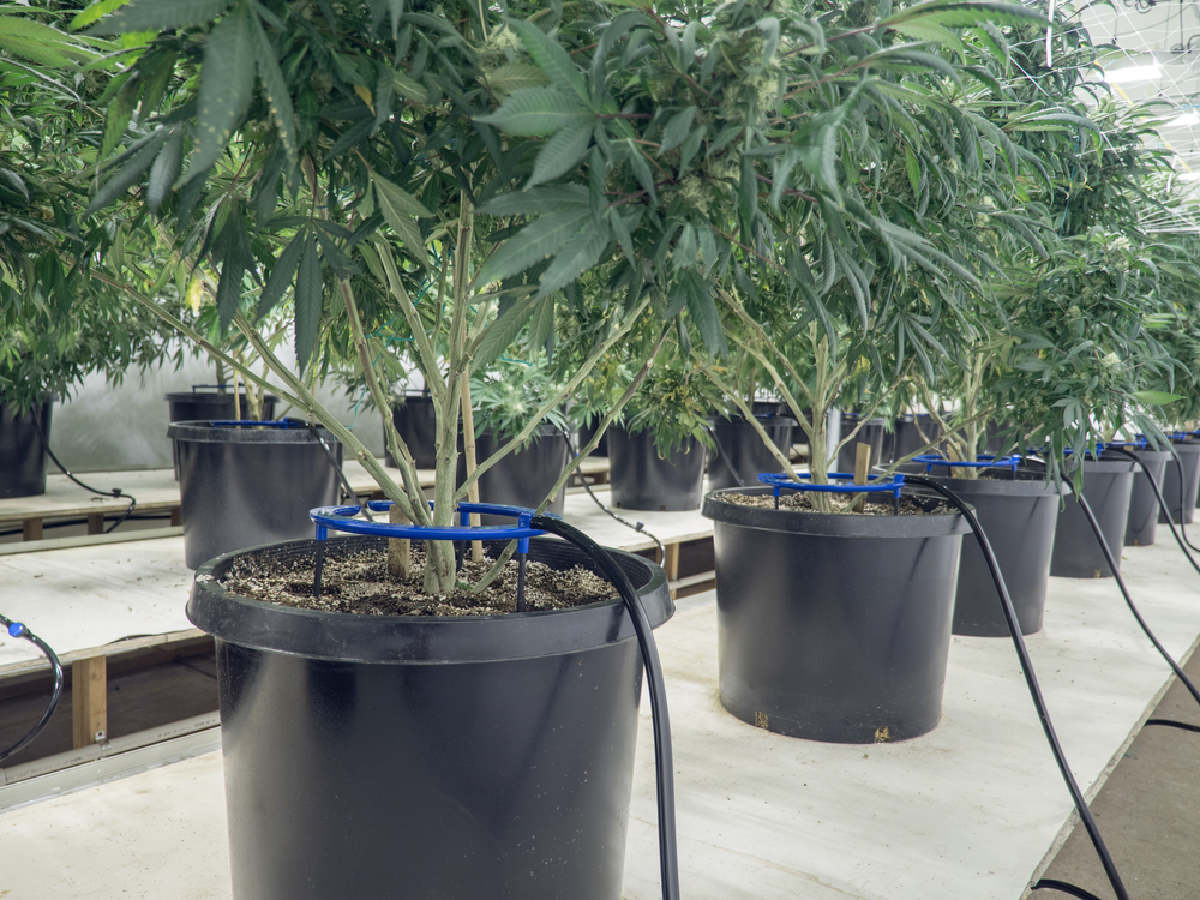 In the ongoing debate between supporters of “organic” marijuana versus hydroponics marijuana, you often hear about “compost tea.”

You get faster marijuana growth, larger/stronger marijuana roots, detoxified soil and root zones, and protection against root zone diseases and pathogens when you use bioactive compost tea.

If you use compost tea as a foliar spray, your marijuana plants gain some protection from powdery mildew, gray mold, mites, thrips, and other organisms that commonly plague marijuana plants.

Compost tea contains nutritional elements that feed marijuana through roots and leaves, but important benefits also come from microorganisms active in compost that transfer into the tea.

Compost tea is made from compost…a solid-material “fermented” mixture containing things like leaves and other yard waste, discarded food items (such as banana peels, egg shells, coffee grounds, veggies), and base materials such as old newspapers.

You combine such materials in the proper ratio, and then continue to maintain proper conditions (aeration, ambient temperature, pH) so the mixture microbially decomposes into a material rich in nutrition for cannabis plants.

Making compost is complex and time-consuming.

If your compost pile is improperly made or maintained, you get bad smells, and you may not get the decomposition temperature range (130-157 degrees Fahrenheit) that’s just right to create rich compost free of pathogens and bugs.

And if you live in an apartment, condo, or most urban/suburban neighborhoods, there are likely regulatory codes (or neighbors with noses) that inhibit your ability to make compost.

You could buy an expensive plastic contraption to minimize the smell and hassle of making your own compost, but sometimes even that doesn’t work.

In those situations, you buy compost.

If you’re growing marijuana in soil, you mix in compost with your other growing media, but not much, because compost is rich in nitrogen that might burn your marijuana roots.

If you’re growing marijuana hydroponically in any type of hydroponics system—aeroponics, deep water culture, ebb and flow—the benefit of compost tea is that it flows easily through your fertigation system.

When I first heard about compost tea, I spent about $75 getting supplies for making it.

You need buckets, a pump, tubing, a special valve called a “gang” valve, molasses (to feed the microbes), aerator stones, and a screen to pour the tea through at the end of the process.

You can’t trust municipal water because it has chlorines and chloramines that kill beneficial microbes in compost.

Nor can you trust well-water because it likely contains pollutants, heavy metals, poisons, iron, salts, or calcium… none of which are good for your marijuana roots or for making compost tea.

Using a multi-day process, you “brew” the tea by aerating it constantly after feeding the mixture molasses.

Then you turn off your pump, remove your tubing and bubblers from the bucket, settle the tea, and pour it off through a screen.

The tea is microbially active only for a very short time, so you have to use it right away.

If you’ve used the right type of compost and your tea-brewing process worked, the nutrients and beneficial microbes are active, and they’ll help your marijuana roots, leaves, metabolism, and root zone.

It was a fun experiment, making compost tea, but there was no way to know the nutritional composition of what I made, or if the beneficial microorganisms were alive in the tea.

The good news is I discovered you don’t need to make compost tea yourself.

In the hydroponics store I found and purchased Mother Earth Super Tea.

It cost about the same as the materials I bought for making my own tea.

I also purchased beneficial microbes made specifically for marijuana roots.

These are called Tarantula, Piranha, and Voodoo Juice.

The grower tech support department for the manufacturer of Mother Earth Super Tea said to use as an additive in any type of marijuana growing system soil or soilless, as a stand-alone base fertilizer, and as foliar spray.

The tea works well for roots, and so do the wide range of beneficial bacteria and fungi you get when using Tarantula, Piranha, and Voodoo Juice.

Mother Earth smells like tea, and gives my marijuana roots an all-organic feed program in soil, soilless, or any other type of hydroponics garden.

Please watch the videos we embed in our articles–they’re very helpful!

You Don’t Have to Be a Lonely Marijuana Grower: Finding Safe Marijuana “Grow Buddies”
Bowling for the Subconscious: Using Marijuana for Success