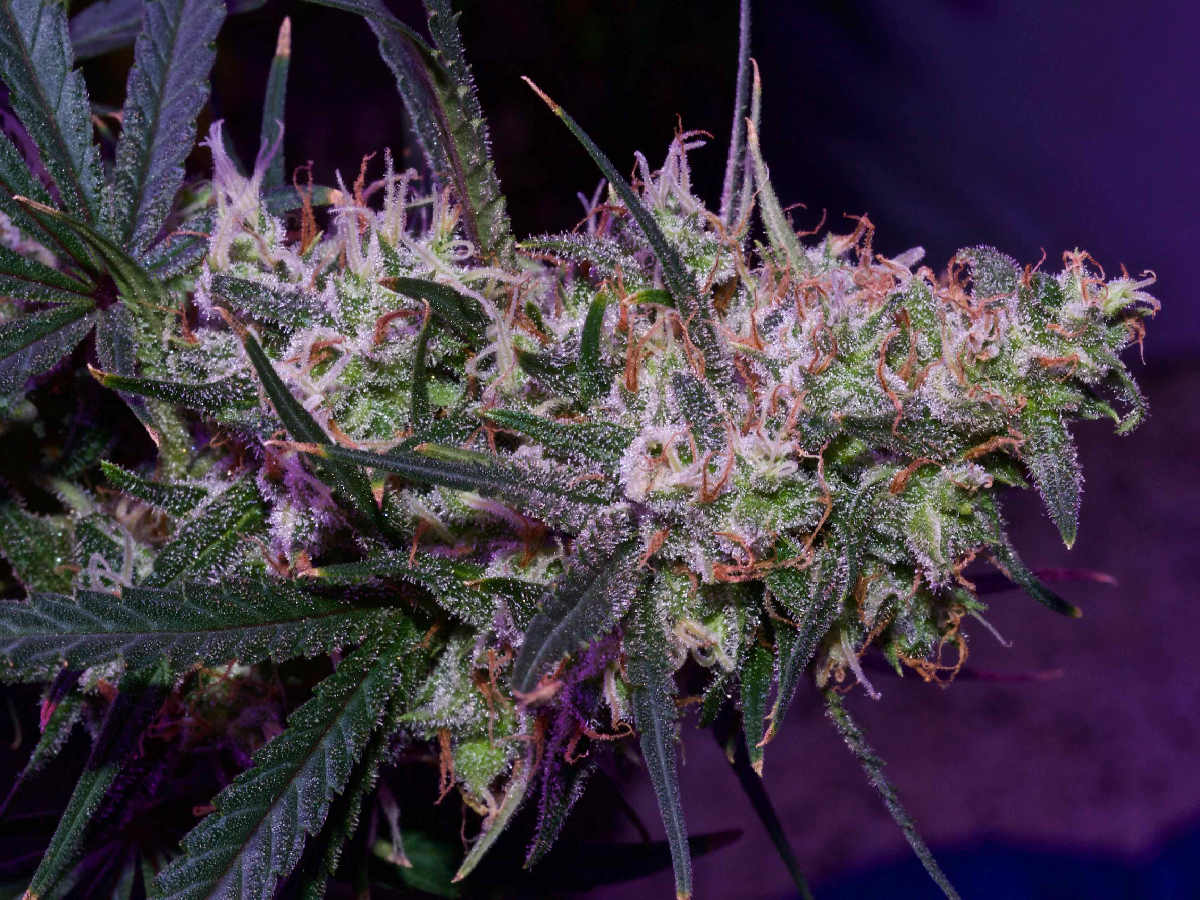 What helps you make valid comparisons so you find the marijuana strains you like the most?

I’ve completed an indoor grow that had three strains from commercial cannabis seeds made by major breeders.

The seeds came from the same seed retailer and were purchased at the same time.

They were all sprouted in rockwool cubes, fed the exact same nutrients and ratios of nutrients, and grown hydroponically under the same HID and LED lighting.

Indoor grow room climate and other conditions were the same for all plants.

I’d grown seeds of these marijuana strains from the same breeders’ seeds before, but never all in the same grow cycle.

The first difference was in germination rate.

The next difference I noticed was in the hardiness and sturdiness of the seedlings and early grow phase plants.

Some of the WW seedlings fell over because they had weak stems.

The Galactic Jack were the first seedlings to have a strong odor from the young plants.

I always do the “rub the stalk” test on young plants to see how early they create scent.

To me, this indicates vigor and future bud potency.

Growth rate, plant profile, and branching were different for these three marijuana strains.

The GSC lagged behind. The White Widow had faster growth and developed into dense plants that were short and squat.

The Galactic Jack was the fastest grower and displayed a favorable branching pattern even before I topped all plants two weeks before flipping them into flowering.

I did a flush at the start of bloom phase and then used Sensi Bloom pH Perfect hydroponics base nutrients, and Bud Ignitor.

The Galactic Jack showed sex 3-5 days sooner than the other two strains.

The Galactic Jack had a higher female to male ratio than the other two marijuana strains.

It had more budding sites and the floral clusters developed into peak bloom buds with resin glands faster, even though the Galactic Jack has comparable Sativa and Indica ratios with the other two strains.

The GSC didn’t produce noticeable scent or resin glands until 19 days into bloom.

The White Widow started putting out floral scent at 17 days and the Galactic Jack at 15 days.

I was expecting the White Widow to get frosty fast and become ridiculously sugary.

But it was the Galactic Jack that had the highest concentration of trichomes, and it was earlier in getting frosty.

The White Widow had the fattest, roundest buds that were so thick I was worried about gray mold, and it also had the most yield per plant of any of these three marijuana strains.

It finished in 59 days, which indicates to me that this White Widow has a lot of Indica in it.

The Girl Scout Cookies showed pretty leaf colors of purple and red, and finished in 69 days and seemed to be a typical Kush-dominant type of bud with moderate yields.

The Galactic Jack was ready at 61 days, which is relatively short for a plant with majority Sativa and Haze influences (it comes from a Jack Herer lineage).

When my air conditioners went bad in mid-bloom, the Galactic Jack handled the grow room heat (maxing out at 87F) much better than the other two marijuana strains.

While the buds were drying and curing, the Galactic Jack buds gave off a delicious scent that wasn’t as Haze as I would have imagined, which is a good thing, because I’m not a big fan of Haze’s terpentine/piney scent.

The high you get from marijuana strains is subjective and depends on your mind, body, mode of use, and setting.

However, in testing the properly dried and cured buds of these three strains and having other expert growers sample them, Galactic Jack was the winner.

The high was clearer and more stimulating.

The smell of the cured Galactic Jack buds, and the taste of the combusted buds, was superior to the other two strains.

The White Widow was very strong weed, and would definitely be a good medical marijuana strain, but like the Girl Scout Cookies, it lacked the kind of high I wanted.

In a retail situation, the Galactic Jack would be the highest-priced marijuana strain, at about $400 per ounce, in part because the retail bud market is flooded with White Widow and especially Girl Scout Cookies.

The TGA seeds cost less than the other two marijuana strains.

They germinated better, grew better, had seedling and bud scent earlier, started pre-flowering earlier, and got me high better.

I was especially surprised to see that the Galactic Jack was frostier at harvest than the White Widow!

For my next crop cycles, Galactic Jack will be the only marijuana strain I grow.