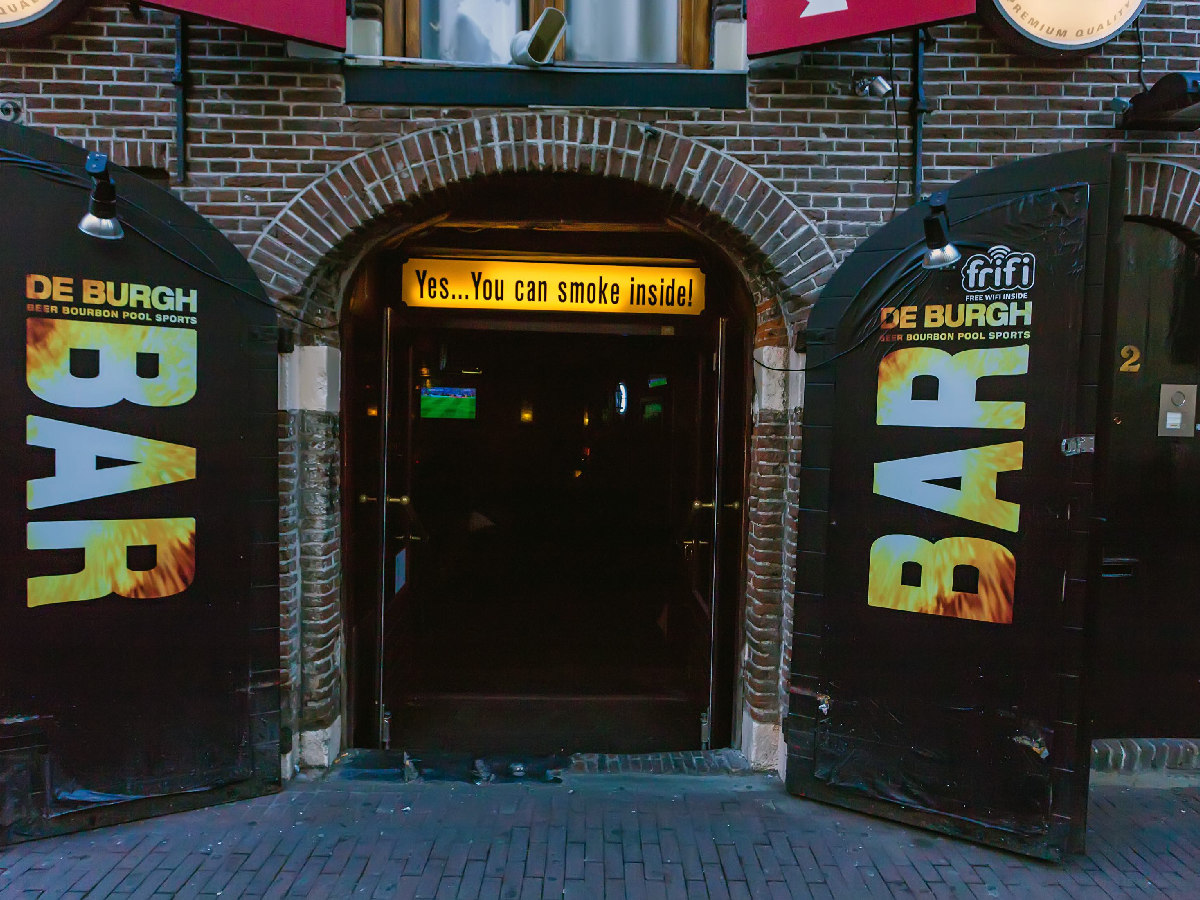 Eight states plus the District of Columbia have fully legalized recreational cannabis in the United States, but one simple question remains unanswered: Where can people smoke in public?

None of those states currently allow for public consumption. However, a solution to this problem may be right around the corner, with several legal states considering opening social-use spaces where members of the public can safely consume cannabis.

Ever the trailblazer when it comes to legal cannabis in the US, Denver is inching closer to granting permission for its first marijuana club. The Coffee Joint is seeking to become the inaugural consumption club granted state approval, where residents can bring their stash to vape or consume as edibles. It’s worth noting that The Coffee Joint is not planning to sell cannabis on its premises or permit smoking of the plant.

“The prohibition of marijuana has long been a cultural issue,” Art Way, the state director of Colorado’s Drug Policy Alliance, tells Big Buds. “It makes sense for Denver to land one more blow against that prejudice and stigma, and be the first locale to fully license limited social-use clubs.”

In early February, a Denver attorney recommended regulators allow The Coffee Joint to move forward with its plans, with Denver residents have approved the opening of cannabis clubs back in 2016.

“Giving Denver residents and visitors a place to consume cannabis in a limited social setting would give adults a safer consumption option and could result in fewer public alcohol-related safety issues,” Morgan Fox, communications director for the Marijuana Policy Project, explains to Big Buds.

Las Vegas had also been considering plans for cannabis lounges, but those plans have since been shelved indefinitely due to Attorney General Jeff Sessions’ renewed war on weed.

California currently has some dispensaries where people can legally consume the plant, but there are very few of these mandated dispensaries, and each venue must endure a local government approval process to ratify on-site consumption. Lawmakers in Los Angeles are presently looking to fix and streamline this process.

Indeed, cities in legal states like California have become tourism hotspots for people traveling from non-legal states. But these tourists often arrive at their destination and find no space to consume their new pot-related purchases. Hotels, and many Airbnbs, often bar them from smoking on their promises, which gives these tourists no choice but to consume illegally in public places.

Beyond the tourist issue, consuming marijuana in public housing or rental properties is also not allowed. With landlords banning smoking, consuming cannabis at home is not an option for many residents in legal states. Yes, they can buy it, but they have nowhere to go to enjoy it.

“Cannabis consumption is illegal in public and in public housing, forcing adult cannabis consumers who live in public housing to either risk eviction or a public consumption citation/arrest,” Marijuana Policy Project’s Fox explains. “This issue disparately impacts people of color and communities that tend to be more heavily policed, resulting in minorities continuing to be the primary targets of prohibition.”

The war on drugs has disproportionately targeted minorities and people of color, and public housing in this country is largely populated by these minorities. Even when their state of residence legalizes cannabis, people of color and minorities continue to be punished at the federal level for using cannabis products that are now legal.

These problems are further compounded because legislators do not have the follow-through and foresight to designate public consumption spaces. After all, it’s likely easier to get a bill passed if voting residents who aren’t wholy supportive of cannabis legislation can be assured they won’t be encountering unsavory potheads smoking fat blunts on every corner.

“This is more of an issue of stigma and prejudice than a true health and safety problem,” Way of the Drug Policy Alliance says.

Fox adds that many lawmakers don’t appear to understand that if cannabis is to be legalized, so too should designated spaces for its consumption.

“It seems to be very difficult for [lawmakers] to understand that in order to truly regulate cannabis like alcohol, there need to be places where adults can consume it in a social setting,” Fox says. “I get the feeling that most of them don’t really care about the public housing issue.

The lack of public spaces for people to consume marijuana doesn’t affect recreational users only. Some medical marijuana patients prefer smoking cannabis rather than consuming edibles and vaping, and they too have found limited options for where they can go when it’s time to take their medicine. This creates a serious predicament for people who need cannabis every day, and often multiple times throughout the day.

As with many other issues related to legalization, it seems stigma and a need for stronger education are at the root of the problem. If voters and politicians don’t understand the need for policy change or have antiquated views on cannabis in general, it continues to cause problems in states that have legal markets. To that end, these same states desperately need to reform their laws to improve the lives of cannabis consumers. Progress is being made, albeit slowly, and cannabis clubs may commence operations sooner than later. Once again, we look to Colorado to see how this will play out.

There’s A Moonshiners Reality Show — Why Not A Cannabis Cultivators Show?
Miami’s Vice: How Are Growers In The State Dealing With Florida’s Medical Marijuana Legalization Initiative?