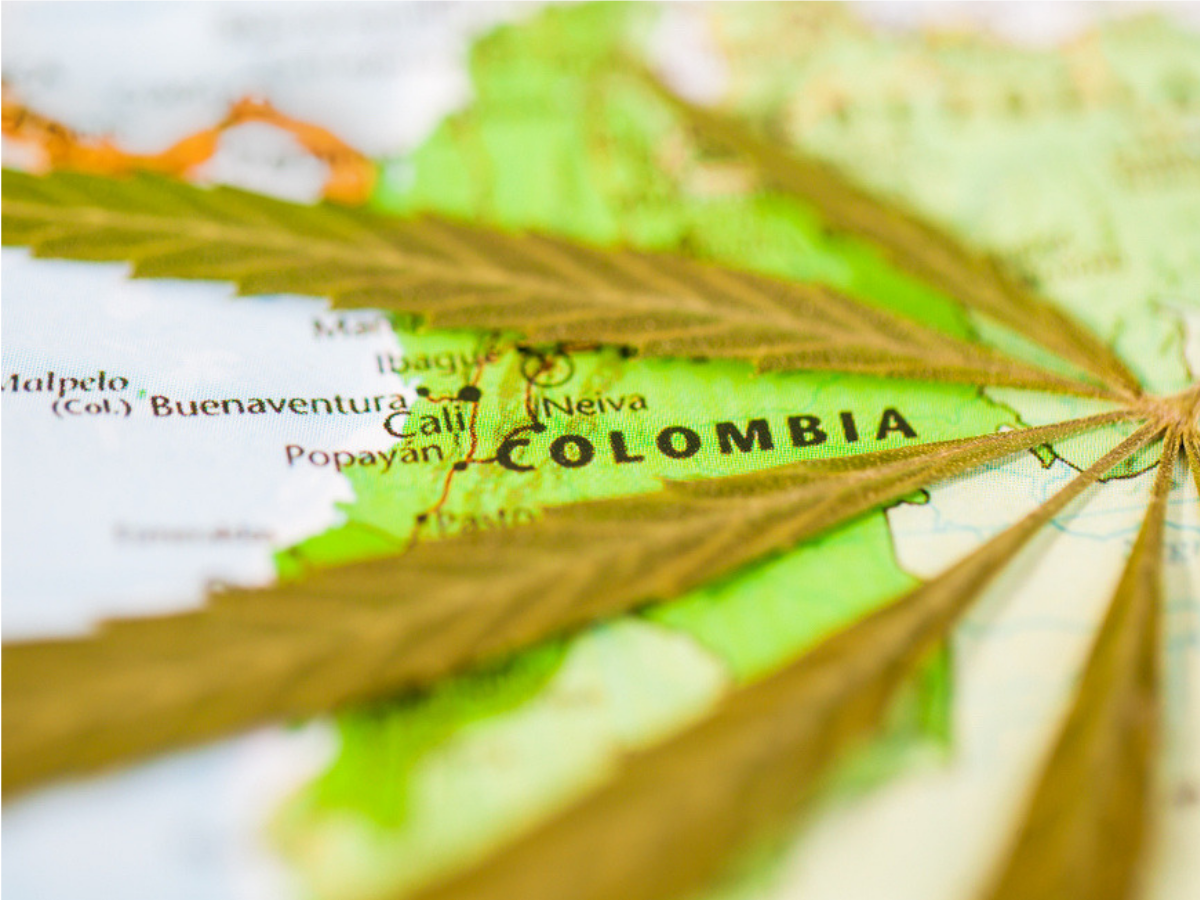 Colombian Gold is about to live up to its name.

As medical and recreational pro-cannabis legislation blazes across the globe — from South Africa to Canada to Israel — so too are the front-runners of the burgeoning international marijuana industry expanding their reach globally.

Lower labor costs and favorable climate conditions are two key components driving expansion to countries like Colombia. For Canadian corporations — many of whom are galvanizing the global cannabis markets right now as the country eases into legal recreational weed post-October 17 — the sky-high cost of North American labor and indoor energy are two big issues they’ll be confronting.

Of the so-called Big Four cannabis producers currently dominating marijuana in the Great White North — Canopy Growth, Aphria, Aurora Cannabis and MedReleaf — all four companies are to some extent now rooted in Colombia, as well as in other South American countries. This year, Canopy acquired Spectrum Cannabis Colombia, with plans to capture the greater South American market, and Aphria acquired a majority ownership interest in Colcanna, the first company with manufacturing licenses in the renowned coffee zone of Colombia. Aurora and MedReleaf each hold licenses in Colombia for the production of medical cannabis.

Vic Neufeld, CEO of Aphria, said in an Aphria news release that his company “continues to execute on its plans for strategic international expansion,” and that “[Latin America] represents a significant opportunity for long-term growth. It also hosts some of the most favorable conditions for cultivating high-quality medical cannabis at substantial efficiencies – ideal for both regional supply and export opportunities.”

Already boasting a mature and profitable cut-flower export industry, Colombia’s enormous production of floral products was responsible for providing the United States with more than 4 billion flowers last year, reports The Washington Post — equating that figure to roughly one dozen flowers for every single US resident.

Colombia is now perched to export the other agricultural commodity it’s been steadily cultivating for many generations: cannabis. The origin of famed Colombian Gold, the landrace strain is known the world over for parenting the renowned Skunk #1 — a hybrid that has for decades been a staple of cannabis breeding worldwide.

Author and cannabis cultivation expert Jorge Cervantes, who has extensive experience in Latin America, tells Big Buds that he believes Colombia has major potential as a player in the sphere of cannabis production and worldwide export. Colombia’s existing sophisticated cut-flower production, says Cervantes, gives the country a leg-up and will help Colombians “apply their expertise to cannabis production.”

“Dutch, US, Canadian and European experts have been helping [Colombia] for decades grow the best cut flowers in the world,” continues Cervantes. “In fact, if you ever bought cut roses, they were probably Colombian roses.”

Colombia’s debut as a source for legal, global cannabis production on a large scale is a fairly new occurrence. For more than five decades, up until 2016, the country experienced a brutal ongoing civil war. Plagued by guerrilla groups fighting with the government — the largest being the Revolutionary Armed Forces of Colombia (FARC) — many farmers were forced to produce black-market cannabis in a dangerous atmosphere for paltry wages. Since the dissolution of FARC’s high military command in 2016, Colombian farmers have been free to grow cannabis of their own without the threat of harm or extortion and are now able to petition the government for cannabis cultivation licenses. 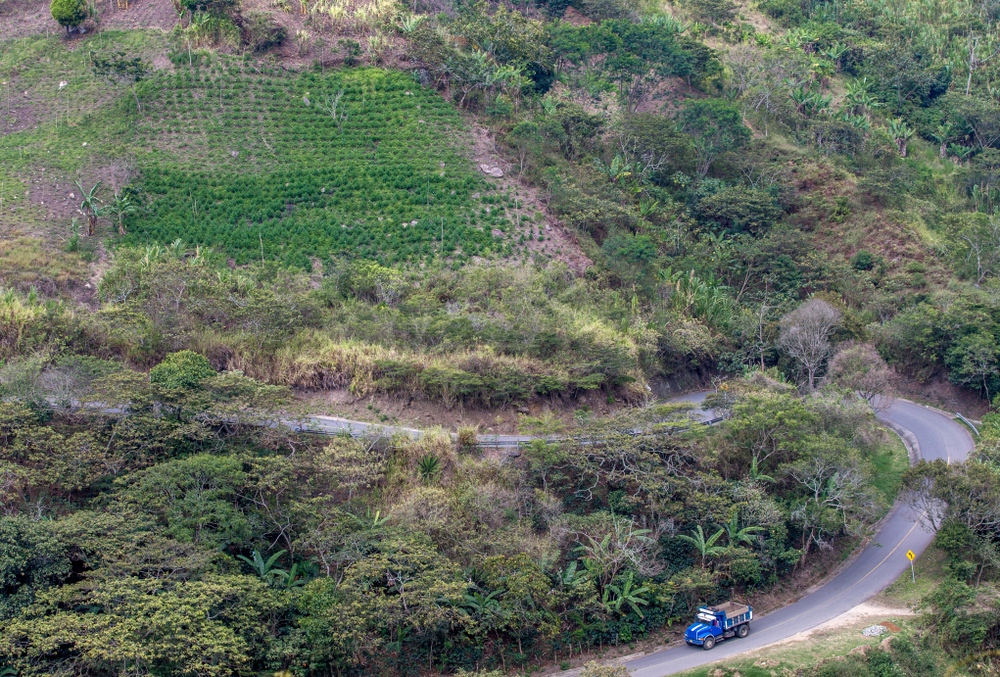 Colombia’s Cauca region is where the bulk of illegal cannabis had for years been grown — and where PharmaCielo has purchased a large licensed acreage for growing.

Over the past two years, licensing in Colombia’s medical marijuana industry has evolved relatively quickly, with a handful of permits awarded over that time, one notable beneficiary being PharmaCielo Ltd last year. Big Buds reported in December that PharmaCielo had bought land and set up a processing facility and greenhouse, southwest of Medellín in Rionegro, Antioquia. Additionally, the company purchased acreage in the Cauca region, where the bulk of the product is to be grown. PharmaCielo also announced that this year, it harvested its first crop of 200,000 CBD-dominant plants.

Cervantes shares that he knows the top management at PharmaCielo and has confidence in the company’s ability as growers and manufacturers, and its capacity to come up to speed with new greenhouse cultivation methods.

“PharmaCielo are producing outstanding cannabis on a large scale,” he says. “They are a solid company and very scrupulous. They have already harvested and replanted hectares of greenhouse cannabis.”

He says he will know more about PharmaCielo’s plans when he visits the company’s facilities in November, adding that “Rionegro, where the bulk of the greenhouse industry is located, has the absolute best climate I have ever seen for growing cannabis.

“The perfect climate for growth cuts the expenses to produce crops. Couple this fact with a government that is very pro-cannabis and it is a winning combination,” Cervantes continues.

Others following the international cannabis markets are well aware that Colombia is a highly desirable locale and are betting on it to become a hub of global production. Eric Logan, president and CEO of LVE Trust, a CBD and hemp commodities firm, told Forbes this month that “Colombia is rich with opportunity. The climate to grow is 12 hours of sun, and 12 hours of darkness and grower labor is a mere $500 per month for full-time work.”

While that statement underscores the relentless march and exploitative nature of globalization, the expansion of foreign cannabis concerns into Latin America also represents a significant opportunity for marijuana production in the region. What it means for small-scale growers in Colombia is still uncertain. Where some see the unyielding Walmartization of cannabis, others see a natural consequence of a commodity that’s penetrated mainstream markets and is ready for sale on the big stage.

Cervantes sees Colombia’s government as a key factor in determining its success in the global cannabis marketplace.

“Laws can be passed by decree in Colombia. Once in place, the law stands,” he says. “There is security and stability. In Canada, the US and Europe, the laws can change, be repealed, or take a long time to go into effect.”

The hope is that the arrival of incoming multinational companies — and the government acting by decree — will have less of a negative impact than the guerrillas had during the past 50 years of unrest. So far, it looks to be prognosis positive.