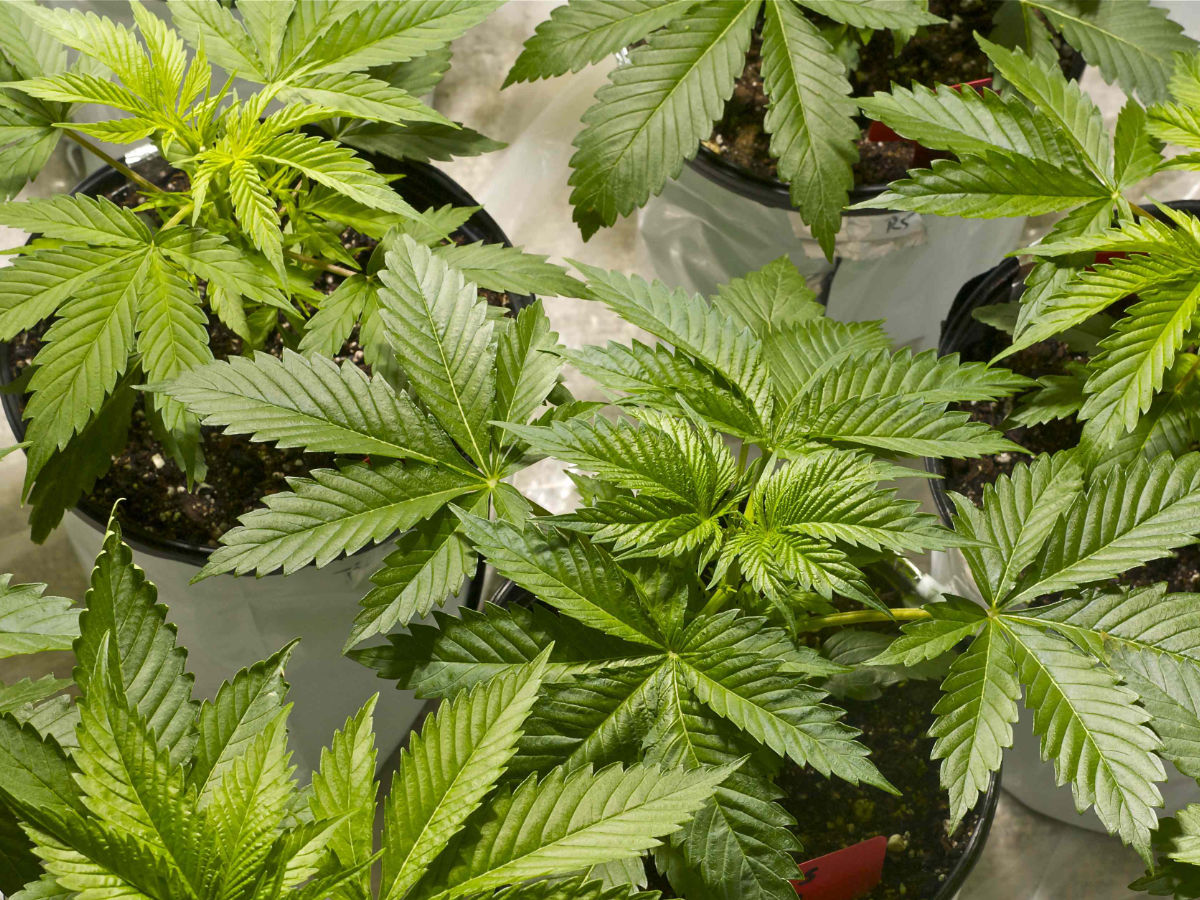 To start each marijuana growing season, most of us make or buy clones, or germinate seeds.

We know every individual marijuana plant has its own unique growth pattern and other characteristics, even if it’s part of a batch of clones from the same mother.

And most of us start more marijuana plants than we intend to grow. We know that out of a set of 20 seeds, especially non-feminized seeds, a significant percentage might not be keepers.

Some seedlings will grow too slowly or have spindly stalks so they fall over. Others will have nutrient problems that their fellow seedlings don’t have.

Or as they get to weeks 3-4, you’ll begin to recognize the ones that are most likely males, and if you’re not intending to breed marijuana seeds, you’ll get rid of the males.

We look for the best of each batch of seedlings or clones so we can find the best ones to make motherplants or to select male and female plants for breeding our own cannabis strains.

Now we’re giving you five ways to choose the best marijuana plants for motherplants and breeding.

Note that these techniques are for use on young plants that aren’t yet out of veg phase. In a different article, we’ll give you special techniques for evaluating the quality of mature and harvested cannabis plants.

The last time I grew from seeds, I germinated several cannabis strains.

Every day, sometimes multiple times per day, I put my nose close to the seedlings to see if they had odor yet and if so how much.

Marijuana odor is a genetic trait, but also a trait indicating plant vigor, potency, and health.

Some marijuana plants have genetics that make them not generate lots of odor, so odor alone isn’t a make-or-break marijuana characteristic.

But usually, for marijuana strains known to generate lots of scent, the earlier the plant generates scent, the better that plant is.

Some marijuana strains have very little odor during grow phase; the cannabis scent only shows up during flowering.

Especially if you love the smell of cannabis, the odor of your plants is a feature you want to look for.

I have a fantastic odor-control system, and I love the dozens of different odor combinations cannabis has— so I welcome young marijuana plants that have the strongest, earliest odor.

If other factors are also favorable, those smell-heavy marijuana plants are often the ones I want to breed, use as motherplants, or give favored lighting, potting, feeding, and priority placement as compared to other plants.

Growth rate is sometimes more influenced by environment and inputs than by genetics, but both are important when you’re looking for the best marijuana plants in your garden.

I urge you to take daily measurements of the growth of your young cannabis plants.

Measure the height and width of your plants and keep careful records.

Growing in deep water culture, aeroponics, or other pure hydroponics? Especially in those systems (although you can also do this in soil or coco) you can and should monitor root growth.

Root growth is an even better indicator of plant health and vigor than aboveground growth.

Aboveground marijuana growth (height and leaf width) is influenced by genetics and by grow room conditions (especially the quality and intensity of your lighting).

Some marijuana strains naturally grow faster aboveground than others.

Cannabis root development, on the other hand, is more a factor of the health and vigor of individual plants. It’s a great indicator of plant health and potential.

I’ve had batches of 40 clones in a pure hydroponics system that got identical inputs (nutrients, light, etc.) and yet some of those clones had way bigger and healthier root mass than other clones from the same mother.

As you can imagine, the ones with the bigger and whiter roots are the ones that made the cut so I moved them forward into prime ranking in late veg phase and bloom phase.

In all cases, the bigger and the healthier the roots, the better those marijuana plants are going to be.

Another key factor to monitor is how do your cannabis plants handle their environment and nutritional inputs.

Pay special attention to whether their leaves and/or stems are showing you any signs of nutrients stress (yellowing, purpling, leaf tip burning, leaves curling up or down, etc.).

Given that you’re a professional grower correctly feeding all your cannabis plants the same nutrients in the same way at the same time, plants that can’t handle your nutrients might be the weak ones you don’t want to keep growing.

As always, be aware that some marijuana strains naturally can’t handle strong nutrients parts per million concentrations, while other strains will show deficiencies unless you give them more nutrients ppm than average.

Yet another factor to look for is short internodes (the spaces between each leaf set on the main stalk).

The easiest way to compare and select the best seedlings or clones from a batch of young marijuana plants is if they’re all the same strain, and all from the same batch of seeds, or the same cannabis mother plants.

It’s a little harder to make comparisons when you have multiple strains growing at the same time.

Also be aware it’s totally up to you to create your personal definition of “the best” marijuana plants for you to use for breeding other mother plants, or just to cull the herd in case you have to reduce your plant numbers because you don’t have enough room or because you live where the marijuana laws only allow you to grow a few plants.

For example, you might have a grow situation in which stinky marijuana could get you busted.

So when you detect young plants that are stinkier than others in your garden, you might decide to get rid of them, or not to breed them or use them as mothers.

In this case, you’re selecting for “non-smell,” trying to control the type of marijuana strains you carry forward from generation to generation.

The key to selecting the strongest and best marijuana plants for your marijuana garden is to balance all the factors we just talked about, look at what you want from your plants, and then go from there.

When you pay close attention to your plants’ details, and record those details so you can review and analyze the characteristics of each individual cannabis plant, you’ll better know which marijuana plants are the keepers in your garden every season.