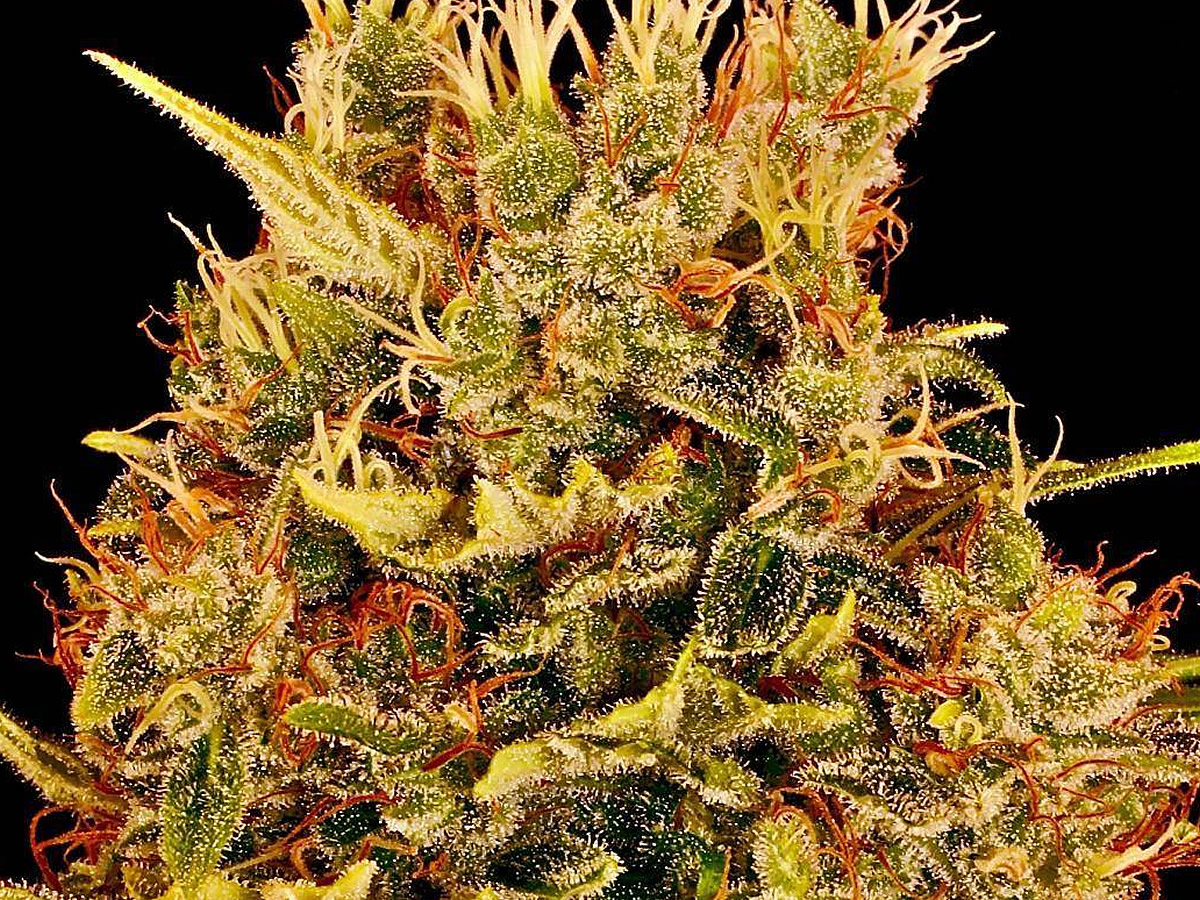 The DNA guys started with an underground medical marijuana breeding business in California in the 1980s, and then moved to Holland. Since then, DNA Genetics has put together an impressive line of medical cannabis strains and won a stack of awards.

If you love chocolate, check out DNA’s Chocolope, which used to be called “D-Line,” and was renamed Chocolope in 2007.

Chocolope medical marijuana was High Times Strain of the Year in 2001. Chocolope has also won the Hydro High Life Cup, the High Times Sativa Cannabis Cup, and many other awards.

Don and Aaron set out to give Chocolope the legendary chocolate flavor and soaring high of premium “Thai sticks” available in North America and Europe during the ’60s, ’70s and ’80s.

International trade restrictions have made it all but impossible for us to get authentic Thai Stick anymore, but it’s worth knowing about the classic Stick, made from thin-leaved, Sativa-dominant marijuana that uses its long bloom time to build resiny THC goo, scintillating aroma and chocolate taste that truly stroke your brain.

To make classic Thai Sticks, you strip ripe long Sativa buds off Thai plants and then strip hempy fibers from the plants’ stems.

Use these fibers to wrap buds around a rigid, thick stem, or a bamboo stick. When you want to get a lot of people high from Thai Stick, light parts of the Stick on fire, let it flame for a few seconds like you do lighting incense, then extinguish the flame and inhale clouds of chocolate Sativa smoke through mouth and nose.

I most enjoyed Thai Sticks in Holland in the 1990s when they were authentic, smuggled in from Thailand, and had that chocolate-like aroma and taste that DNA Genetics has worked hard to re-create.

On rare occasions, I’ve tasted Thai Sticks dipped in hashish oil, honey oil, whatever you want to call it. In some cases, people dipped the sticks to help them hold together, like a cannabis popsicle. Or people had low-grade buds, and needed to add in the hashish oil to get the potency up.

Those Thai Sticks sold for a very high price, and were known as Thai Bombs. When you inhaled that hashish oil and Thai medical marijuana, you felt bombed, for sure!

You won’t have to add hashish oil to Chocolope buds. DNA Genetics are fortunate to have an old school female Thai plant that retained chocolate overtones. They crossed it with a male Cannalope, also referred to as Cannalope Haze, which brought in heritage genetics from Haze Brothers Haze and Mexican Sativa. Chocolope is 95% Sativa and 5% Indica.

The grower reports that unlike most Sativas, Chocolope responds well to high-octane high-ppm feed programs.

“Do a moderate feed program in veg phase to hold back any stretching and reduce tallness,” he advises. “With Chocolope, too much nitro, not good. Top early, or tie down. You can even go sea of green. These plants aren’t vines like a lot of Sativas are. You get a fairly dense plant if you work it right. What you’re shooting for are chunky dense buds, chocolate candy medical marijuana nugs.”

During bloom phase, work your way up to 1400 ppm or more during the 3rd to 7th week. Use Overdrive during weeks 8-10, making sure to leave plenty of time for a good flush before harvest.

“Using that strong of a feed program with a month or two in veg, and you’re going to see very large buds the size of your arm, covered in crystal, very little leaf, and you can let these go until they look overripe for a killer potency high that’s truly one of a kind,” the grower reports.

What about the chocolate? It isn’t very evident in aroma while you’re cultivating Chocolope, the grower reports. Instead, you mostly get the typical Sativa smell that combines spice with a hint of Haze.

We’re thankful to Aaron, Don and Green Born Identity (G.B.I.) for helping Big Buds readers gain insider insight into this powerful medical marijuana Sativa strain. DNA Genetics are at the forefront of Holland’s seed-breeding expertise and achievement, and we look forward to talking more about their specialty marijuana, and seeing their kind nugs.