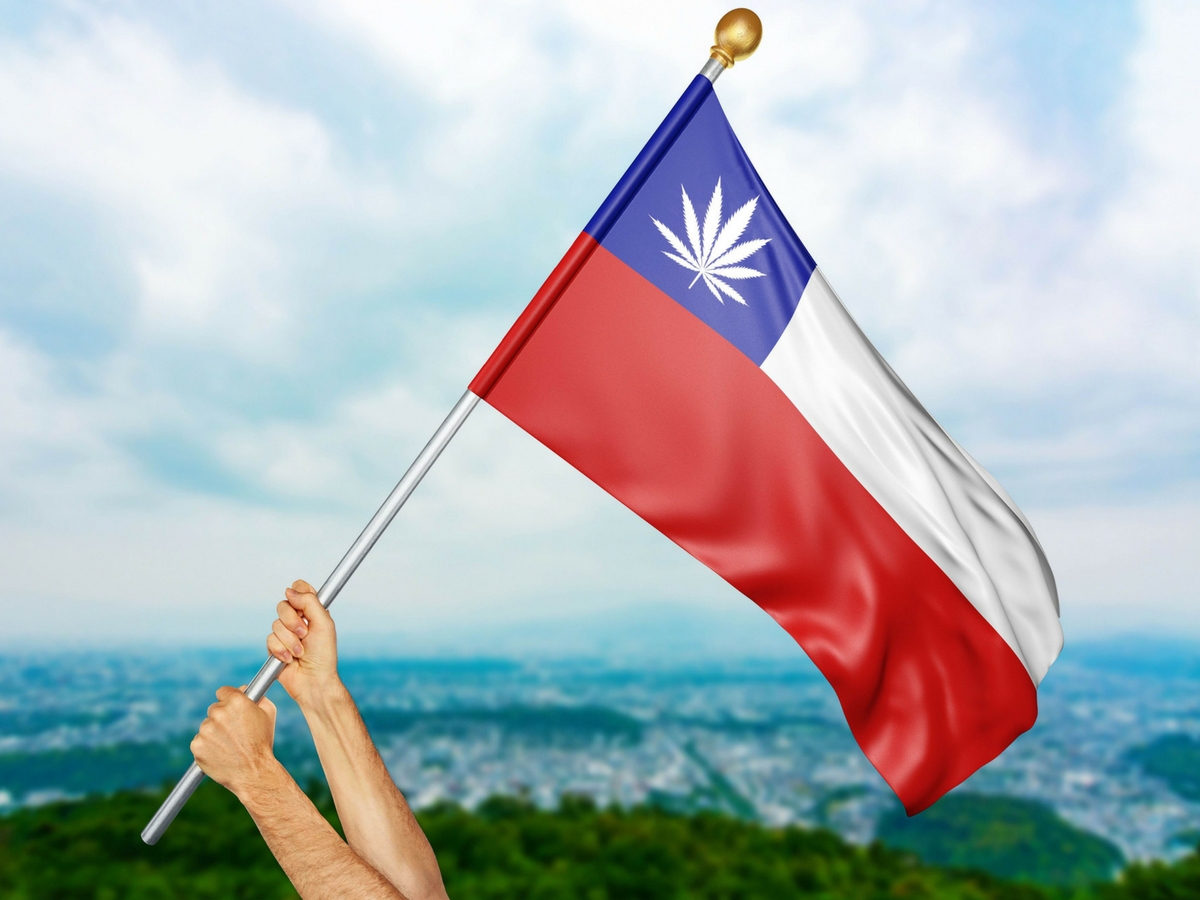 Compared to most other Latin American nations, Chile has taken quite the reformist stance when it comes to cannabis. In 2015, medical-use marijuana became legal in the Land of Poets, with the legislation supported by 48.2 percent of the population.

And yet, Chile began reforming its drug policy many years prior, back in 2005, with Law 20.000 decriminalizing consumption of recreational drugs for personal use, while still penalizing Chileans for consuming drugs in groups. However, this law did not specify which drugs could be consumed or how much citizens could possess, and those caught with recreational drugs, cannabis included, had to prove to a judge that said drugs were for personal consumption only. If the accused couldn’t prove the substance was for personal use, they risked a jail term of up to five years for trafficking small quantities.

Although “substances” were decimalized, citizens were still prohibited from consuming them in public. Indeed, people caught using a substance in public — for example, smoking a joint with friends in a park — were subject to fines, mandatory drug treatment, community service, and possible suspension of their driver’s license.

The law was too ambiguous to be effective, resulting in people getting in legal trouble for an act they believed to be permissible. This ambiguity motivated some people to become activists — like Mariana Perez, a member of the cannabis championing group Movimental, who organizes Cultiva Tus Derechos (Spanish translation of Grow Your Rights), the biggest pro-cannabis march in Santiago, Chile’s capital and largest city.

“I became an activist because I could see the injustice of the law, the ambiguity of the law, and how much we needed as a society to change the law and focus on the health of the people,” explains Perez.

The inconclusive Law 20.000 also prompted Daniella, the owner of the first grow shop in Chile, to pursue an active role in challenging this legislation. Now, she writes regularly about the legalization movement for local magazine Cañamo.

“I can’t do it [consume cannabis] because the state says that I can’t use it. It doesn’t seem good to me,” says Daniella. “I believe it’s something that has to change. Not only for us to consume, but also because it’s an enormous expense for the state that affects everyone.”

Chile, The First To Cultivate For Medical Purposes

In 2014, Chile became the first nation in Latin American to cultivate cannabis for “strictly medical purposes,” which further spurred the growing movement to fully legalize the plant. This pro-cannabis movement quickly gained momentum, and by 2015, Chile’s President Michelle Bachelet signed an executive order to legalize cannabis for medical use and removed the plant from Chile’s list of hard drugs, while also authorizing the sale of cannabis medicines at pharmacies. To put it in perspective, this would be the US equivalent of removing weed from its current federal classification as a Schedule I controlled substance, a move American cannabis activists have long been fighting for.

While Chile passed medical marijuana laws in 2015, this legislation was still vague when it came to the right to grow cannabis at home, a practice known as autocultivo in Spanish. Many citizens interpreted the law in such a way that made autocultivo legal — but law enforcement had another interpretation. Because of the discrepancy, many growers were unduly arrested and their gardens destroyed.

In 2016, Foundation Daya, a cannabis activism group that advocates for the medicinal use of cannabis, took the fight for autocultivo to court.

Led by former telenovela star Ana María Gazmuri, the activists of Foundation Daya wanted their right to cultivate cannabis clearly spelled out — and they won.

Speaking to WA Today, Gazmuri said of her group’s fight for legalization, “Medicinal cannabis has had a great impact, especially in paediatric patients with neurological pathologies, such as epilepsy and autism, and in patients with chronic pain.

“Already patients are using cannabis in place of more dangerous drugs such as opiates and tranquilizers. This is a win for patients and the country as it is a far safer solution.”

So, Is It Legal To Grow Cannabis In Chile?

Currently in the Latin American nation, any Chilean can cultivate up to six plants per home on private property. In addition, each household can have up to 500 grams of flower, and consumption is also legal for “medical, recreational, or spiritual purposes.” However, cannabis must be consumed on private property; it’s currently still illegal to consume in public. Possession of more than 10 grams in public is also illegal.

Big Buds Magazine spoke with several cultivators, who said it’s still necessary to keep their grow operations secret in order to avoid drug trafficking charges. They also recommend not talking about their grow operations outside of their trusted circle of friends. One grower even admitted to avoiding all social media in a bid to temper persecution.

Interestingly, Chile boasts the most cannabis consumers per capita in Latin America (and is the fifth biggest consumer of cannabis in the world), with 11.83 percent of the population admitting to consuming cannabis, according to the United Nations Office on Drugs and Crime (UNODC).

“Chile is not only the country that consumes the most marijuana, but alcohol and antidepressants, too,” says Daniella. “It’s a very depressed country. The people are self-medicating with anti-anxiety [medication] basically because the life is tough. … The people have to work a lot of hours and commute for many hours. … The salary isn’t sufficient to live.”

Chile’s progressive cannabis laws are the result of the hard work of activists like Movimental, Mama Cultiva and Foundation Daya. Now, Chileans have the right to grow at home, as well as the option to buy imported medical cannabis oil at pharmacies.

However, with the minimum monthly wage in Chile currently hovering at $409 USD, the price of CBD oil, at $300 USD, is proving prohibitive. For that reason, many choose to grow their own.

To educate the public and to celebrate cannabis culture, there are a few events that take place in Chile throughout the year. In early February in the port city of Puerto Montt, the annual Festival Latino AmeriCannabis takes place, as well as the Cannabis Cup. Plus, every December Santiago hosts Expo Weed, a cannabis expo that tours Latin America, with similar events also held in Colombia, Argentina, Uruguay and Mexico.

Even with progressive laws and protections for growers and medical patients, there is still much work for cannabis activists in Chile to do. The next big move would be to follow Uruguay’s pioneering lead and legalize adult-use cannabis, including cultivation and distribution.

Gazmuri tells WA Today, “In Chile, educating the community on the benefits of medicinal cannabis has been key to normalising its use and clearing prejudices installed by decades of prohibition.”

A Frisian Romance: Growing The Purple Outdoor Marijuana Strain That Resists Mold, Mildew And Rain
Final Analysis: How To Shut Down Your Grow Op And Get It Ready For The Next Season. Marijuana Growing Analysis & Grow Room Vacation Strategies