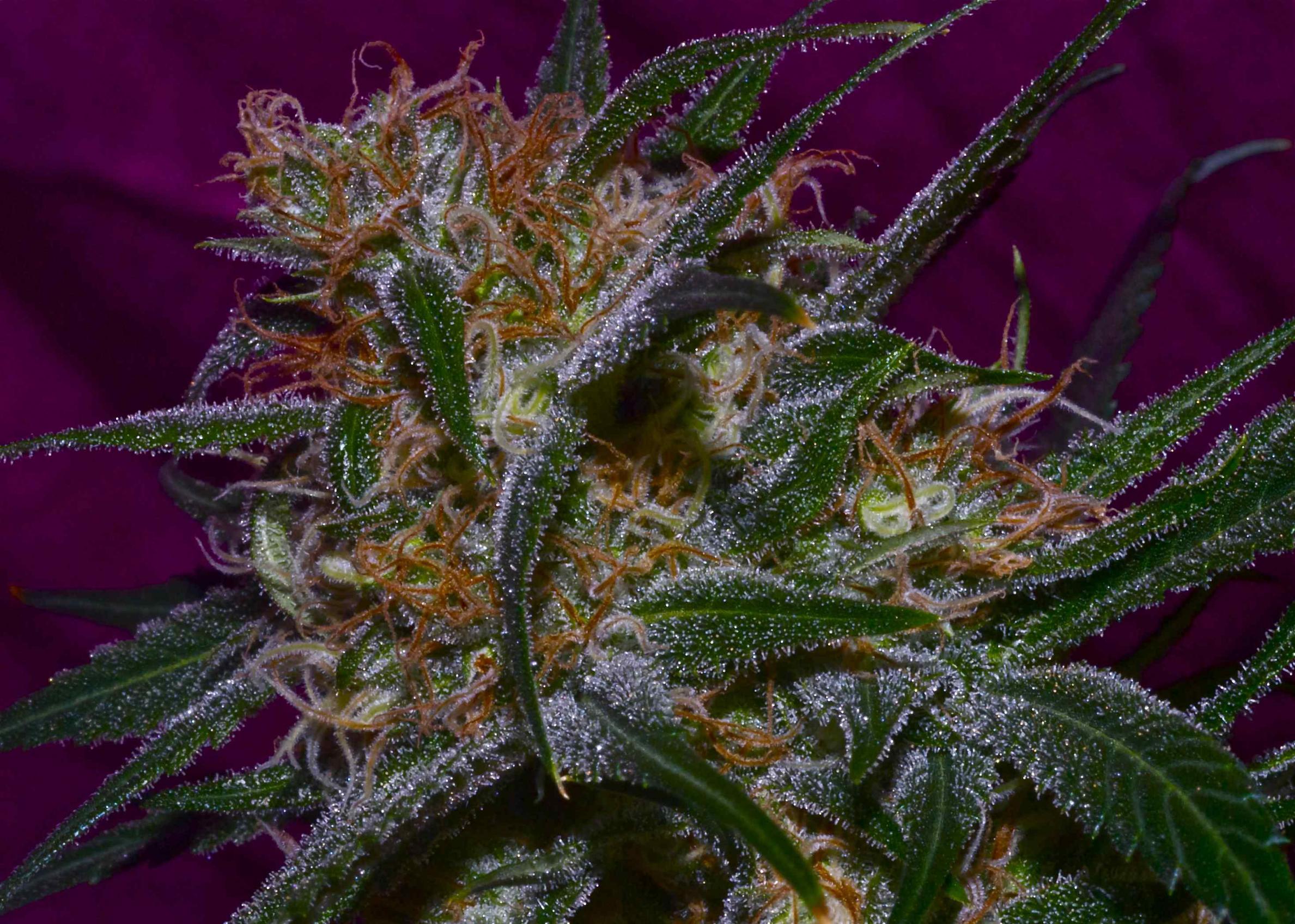 By Nick Irie | Published: December 16, 2013
In episode one of this article series I explained that I grew two marijuana strains together: Cherry Pie and TGA’s Chernobyl.

Cherry Pie is part of a family of clone-only West Coast strains that include Cherry Kush and Girl Scout Cookies. Prices for the clones and buds of these strains are insane.

As with many popular clone-only strains, and legendary strains like Chemdawg and OG Kush, marijuana growers argue about who has “true cuts” and what their real genetic origins are.

Durban Poison is a legendary Sativa you can grow from seed. It’s tall, hard to feed right, and can take as long as 14 weeks in bloom. But the soaring Sativa high is well worth it.

I generally don’t go for pure Indica or Kush-Indica, which is what Cherry Pie without the Durban Poison would be.

If the dispensary where I bought the Cherry Pie clones from hadn’t assured me that Durban Poison was in the mix, I would have gotten only the Chernobyl clones.

After the clones were fully rooted and transplanted into their first container upgrade, I saw a problem that all hydroponics marijuana growers have to watch out for: growing strains together that have different growing profiles, nutrient needs, and finishing times.

Chernobyl is a 60-40 Sativa-dominant strain with an 8-10 week flowering time. It can go tall. Breeder Subcool says top it early and often, and train it to keep the profile wide and the height low.

I was prejudiced against the Cherry Pie marijuana clones early on because they had all-Indica, Kush, and purps characteristics, and I favor Sativa marijuana.

But I was kind of seduced into loving the Cherry Pie a little more, when I saw it developing leaves huge and wide, and their color tone was dark even in veg phase…almost a magenta color.

The Cherry Pie grew fast with short internodes and dense branching. And its smell was enchanting and powerful—it really did smell like cherries.

Every other watering I followed manufacturer’s instructions to add beneficial bacteria and fungi to the root zone using Voodoo Juice, Tarantula, and Piranha.

I also added a half teaspoon of unsulphured molasses per gallon at every third watering, to feed the root zone beneficials.

The Cherry Pie handled that hydroponics marijuana menu well. But one problem you create when growing multiple strains is maybe having to make two different meal plans.

My Chernobyl clones didn’t want as much nutrients, so I backed off the strengths and frequency so it was about 65-75% of what I was giving the Cherry Pie.

I doubled my hydroponics marijuana growing workload by having to mix two completely different batches of hydroponics nutrients, and stagger my watering because the Cherry and the Chernobyl didn’t suck down water and nutrients at the same rate.

I added about six hours per week to my marijuana growing workload that I would not have had if I was growing all the same strain, or very similar strains.

Come back for episode 3 of our Cherry Pie and Chernobyl marijuana growing odyssey.