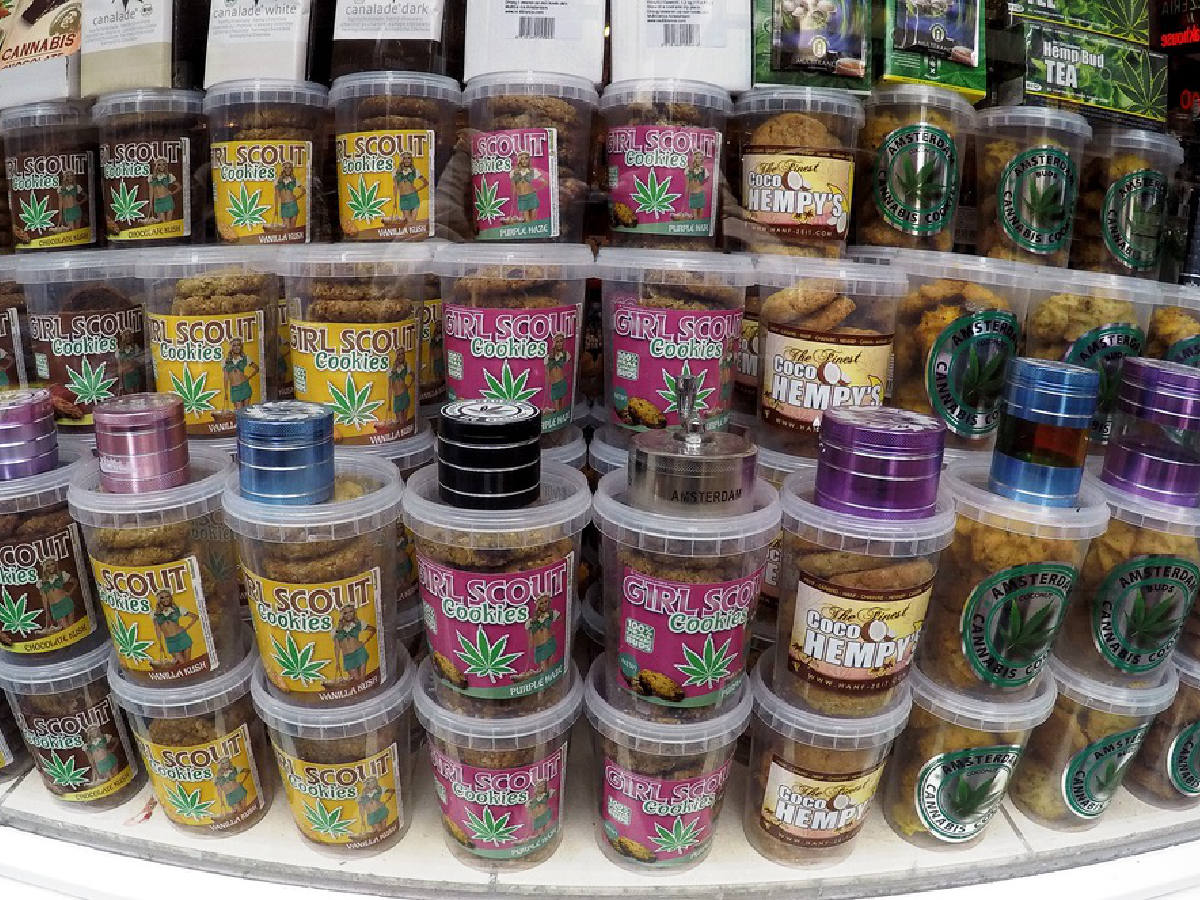 Marijuana dispensary owners in Colorado, Washington and Oregon are all too familiar with the rush of eager customers that waltz through their doors on April 20 of each year. That date, now synonymous with the plant, has traditionally resulted in most dispensaries’ highest 24-hour sales figures of the year.

“Cannabis is mainstream now, more people are trying it and using it legally,” explains Joseph Gadsden of Denver-based Native Roots dispensary. “It makes sense that they would buy more around the holidays, like customers in just about every other mainstream retail industry.”

Gadsden, whose dispensary is one of 21 Native Roots cannabis stores across Colorado, was one of several interviewed cannabis industry reps across the five states in which recreational marijuana sales are legal to offer Black Friday and Cyber Monday discounts. With some dispensaries advertising sales of up to 50 percent off various flower, edibles, concentrates and other cannabis products, the popular holiday shopping dates also presented some of the lowest prices of the year for customers.

Maritza Dominguez of Portland-based Northwest Releaf dispensary is used to welcoming in excess of 300 cannabis customers on a given day, nearly all of whom purchase the plant for recreational use. Northwest Releaf, which began as a medical-only dispensary when its doors opened in early 2016, saw 600 customers on April 20 of this year.

But after renting billboard space on the nearby Interstate 205 to publicize a 35 percent discount on popular-selling, sativa-leaning hybrid strain Grape Stomper, Dominguez says more than 750 customers filed through Northwest Releaf’s doors for Black Friday on November 24.

Five-hundred more customers came in when a similar discount on Gorilla Glue No. 4, another sativa-dominant hybrid strain, was offered for Cyber Monday, Dominguez says, with many of the customers pre-ordering online to take advantage of a 25-percent-off deal.

“Easily the biggest sales weekend we’ve ever had,” she says. “It speaks to the popularity of legal pot, but also the fact that people already think of these days as big shopping days is important. It was huge for us, and definitely up there with 4/20.”

Both Nevada and Alaska joined the popular holiday sales this year for the first time, also resulting in record sales numbers for many dispensaries across both states.

Andrew Jolley, president of the Nevada Dispensary Association and owner of The+Source Dispensaries in Las Vegas and Henderson, said his customer count jumped to more than 1,000 on Black Friday, up from 800 on a “good day.” Jolley — whose dispensaries have yet to experience the April 20 surges seen in Colorado, Washington and Oregon because recreational marijuana sales have only been legal since July in Nevada — offered doorbusters for customers, including free 1-gram pre-rolls for purchases over $20. Prices on popular strains of Pineapple Express and StarDawg flower were also slashed by 25 percent.

Jolley’s dispensary was one of 40 stores in the Las Vegas Valley to offer such discounts. Of 60 dispensaries that were open to the public across the Silver State, 52 offered sales on the two popular holiday shopping days last month.

“Most dispensary owners had a similar mindset here toward Black Friday and Cyber Monday, that customers were going to come in and we should reward them for that,” he says. “It was a win-win for marijuana retailers and those who use the plant for both medicinal and recreational reasons.”

Ditto for Alaska’s Fairbanks-based Frozen Budz, a rep from the dispensary said. The Frozen Budz manager — who spoke on condition of anonymity because he was not authorized to speak on the record about sales — said Black Friday numbers tripled average sales figures for an average Friday, while Cyber Monday offered “a modest uptick.”

Despite the widespread success of Black Friday and Cyber Monday for the adult-use legal marijuana industry, some dispensary owners admitted to not being completely prepared for the overwhelming customer response they received for the popular holiday shopping days. Dominguez, whose Portland dispensary was exhausted of Grape Stomper three hours after some 200 customers lined up outside for an early 8 a.m. opening, said next year she plans to “load up” on greater quantities of discounted strains to meet customer demand without running out of supply.

Gadsden said he had a similar experience, adding Native Roots would have preferred to have “a few more products” in stock to prepare for the holiday shopping rush.

Such emphasis placed on the timing of the harvest and sales of crops to dispensaries affects growers who, in addition to preparing for larger dispensary demand in advance of April 20, now must have higher quantities of flower ready in advance of the last two weeks of November.

“My cultivators are on alert for next year,” Dominguez says. “This is a huge weekend, and we need to be ready.”

With the $6 to $7 billion legal cannabis industry projected to expand nearly 300 percent by 2021, according to a study by Marijuana Business Daily, post-Christmas sales should continue to reflect such growth. Dominguez predicted the record numbers her dispensary set during this year’s holiday season would “stay strong,” even in the months before April 20.

“There’s no reason to think we won’t keep getting bigger,” she says. “We’ve seen it over the past 18 months, and I expect that trend to continue.”

The Who’s Who You Don’t Know In Canada’s Cannabis Industry
Traveling with Weed This Holiday Season? We Got You Covered