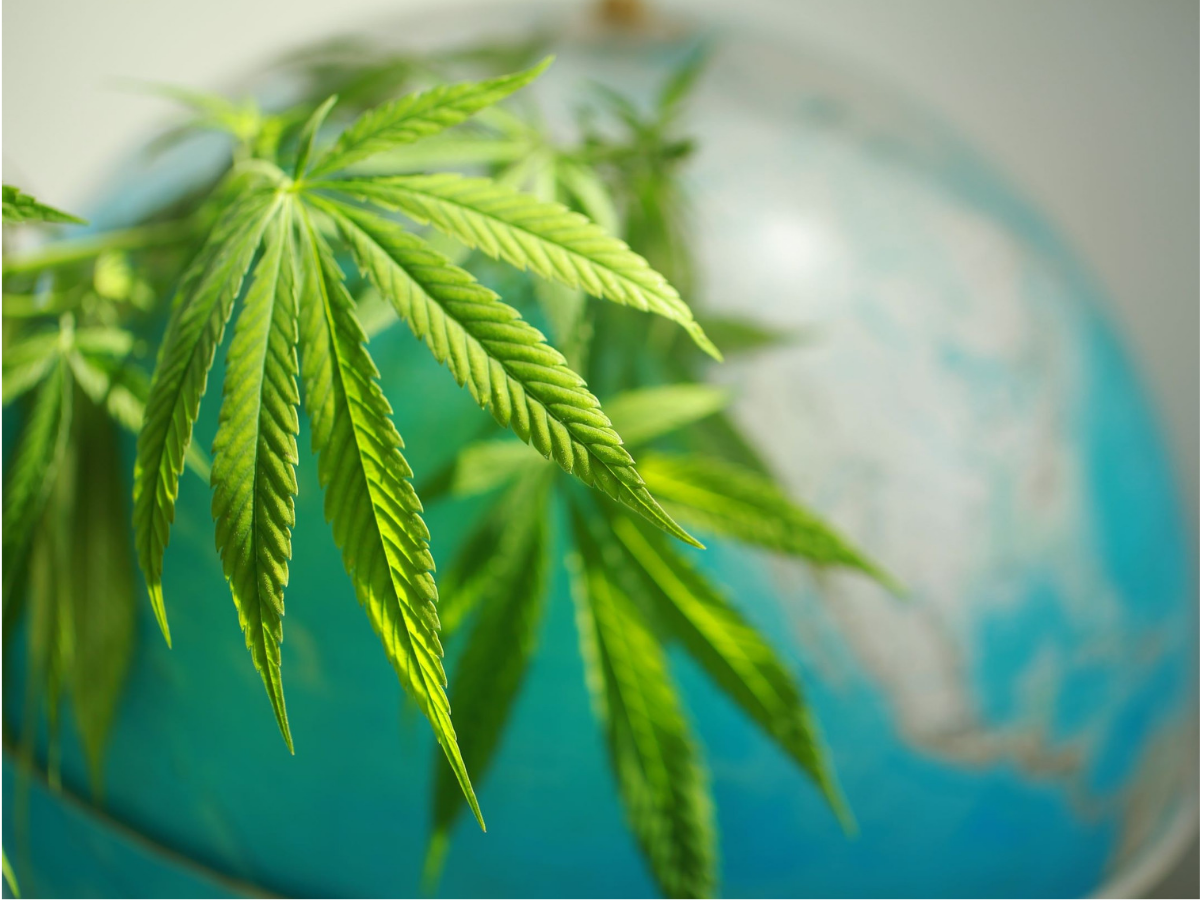 There are some who might blame many of society’s ills on the longtime prohibition of cannabis. Conversely, however, could the burgeoning cannabis industry itself play a role in the pollution peak we have reached?

As our water, air and land continues to be polluted, the industry born of a grassroots search for freedom needs to be mindful of its impact — especially as its scale increases with each passing year.

With cannabis predicted to become a $75 billion market by 2030, there’s excitement surrounding the industry, but there should also be concern — under its current model, cannabis cultivation and commerce creates a lot of waste.

Examining the impact of the current cannabis industry is one thing, but it’s the prohibition of cannabis that has been costing us environmentally since 1937.

The Endless Versatility Of Hemp

Hemp has been used for countless purposes throughout human history. The first American flag was purported to be made of hemp, and hemp was also vital to the US for shipping. “During the age of sailing ships, cannabis was considered to provide the very best of canvas, and indeed this word is derived from cannabis,” according to an academic paper from Purdue University.

More than a century later, at the height of World War II, hemp was desperately needed by the US Navy: “Faced with a shortage of Manila hemp that was imported and used in ships’ rigging, the US government had to act quickly. The answer? Grow hemp on US soil, where it had thrived — especially in Kentucky — more than a century before,” according to PBS.

Hemp was seemingly essential to human commerce and activity — even to make plastics and building materials — but it was swiftly replaced by synthetic products. Though not proven, one of the biggest enemies of cannabis, John DuPont, was said to have used his influence to clear the way for synthetic plastics by getting hemp banned.

“William Randolph Hearst, whose timber interests were threatened by hemp, published scathingly negative articles about the immigrants and the evil ‘marijuana’ they brought with them. Not to mention companies like DuPont feeling that their then newly patented nylon also was at risk,” Green Entrepreneur wrote.

Though it may be a stretch to outright blame garbage island on early 20th century cannabis opponents, there’s an argument to be made: Hemp left the supply chain as synthetic plastics entered it.

There’s no doubt that plastics hurt our ecosystem, but they’re just one part of the prohibition and pollution puzzle. Indoor cultivation may now be seen as normal, and it has created lots of beautiful, potent cannabis, but it also uses a large amount of energy. This fact is often glazed over in the pursuit of perfect buds, even by the most ecologically minded cannabis consumers.

Though cannabis grows well under the sun in the right climates, such exposure makes it easy to spot and puts it at a larger risk of raids or robberies.

“Indoor cannabis cultivation took root in a big way in the United States during the 1980s when the Reagan administration escalated and militarized the war on drugs. Frequent law enforcement raids that targeted outdoor gardens inadvertently helped to jump-start a cottage industry of innovative products and accoutrements for growing marijuana indoors,” Project CBD wrote about this transition.

The industry began outdoors, but its indoor offerings are dominating dispensaries — and the energy needs of any given state. A grow operation can arrange to have its power come from green sources, but in states like coal-loving Colorado, that doesn’t mean much.

Legal grows can take steps toward sustainability that illegal operations cannot. Confluence Denver says the legal cannabis industry uses up to 10 percent of the city’s power, and up to 12 percent in nearby Boulder. It’s not just the lights that suck up the voltage. Lights alone would roast a cannabis plant, so indoor growing also means humidity control and temperature control — more equipment that uses more energy.

A legal indoor grow may be compliant to the bare minimum of energy reduction, but an illegal grow does not follow these actions. Relying on black-market growers to protect the ecosystem and watershed of their farms is not a good strategy.

Monthly magazine Wired covered the dirty truths of the current cannabis norms and made a stark observation about the sheer size of the black market in California’s chief growing region, Humboldt County:

“If you’re buying cannabis in the United States, there’s up to a 75 percent chance that it grew somewhere in California. In Humboldt County alone, as many as 15,000 private grows churn out marijuana. Of those 15,000 farms, 2,300 have applied for permits, and of those just 91 actually have the permits.”

Running an illegal grow doesn’t always mean doing everything with pirate swagger, but there are operations that are just about as illegal as you can get — cannabis farmed on federal forestland.

If 82 years of illegality have taught us anything, it’s that prohibition creates a lawlessness that not only threatens the earth we inhabit but can be a major public health risk. Contaminated cannabis makes its way sight unseen into prohibition states and fuels a future of unknown ailments in humans who consume these products.

The persistent stigma that follows cannabis consumers — and anyone who works with the plant — is what allows the waste both aboveboard and below to continue. It’s this stigma that allows legislators to require wasteful packaging laws. Mountains of plastic tubes for each pre-roll, glass and electrical gadgets to power vape pens, and the never-ending flow of Mylar exit bags will bury the industry if we aren’t careful.

What if the best and the brightest worked in cannabis innovation, and not just the best and the brightest who happen to consume or appreciate cannabis? We might finally see a departure from the energy-sucking and plastic-procuring status quo that this industry currently rests upon. Perhaps, most importantly, we could see replacements for some of the most polluting products on earth — like plastics, fossil fuels and synthetic fabrics.

We may never know for sure if the oil barons of the past really had it out for hemp, but we know that the continued prohibition of the plant contributes massively to our existing environmental issues. It’s time to demand more than prime flower from your preferred company.