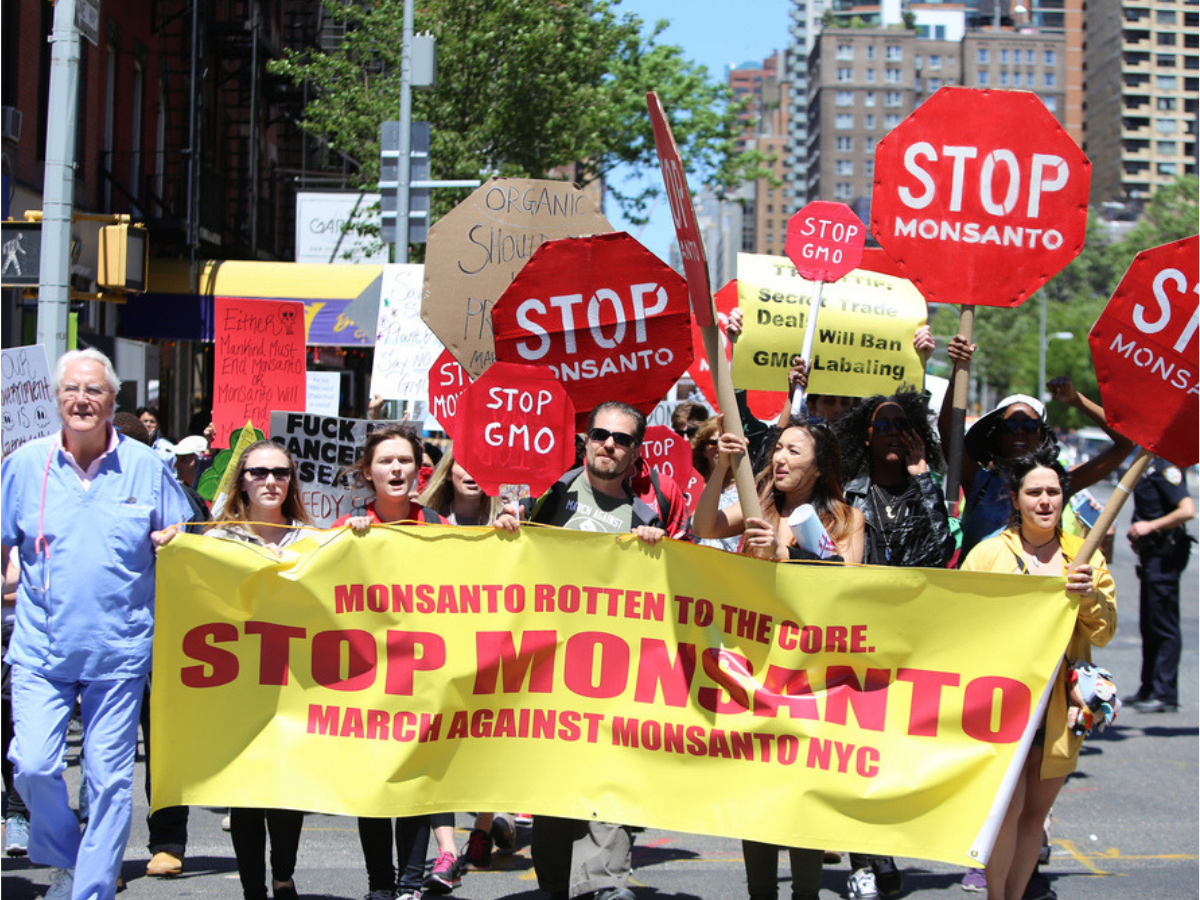 When it first came to light that Scotts Miracle-Gro and Monsanto were selling products that harm people, pets and the environment, and how Monsanto’s parent company Bayer also has a sordid, shameful history, I vowed to never buy products from those companies ever again.

More people are frequently acknowledging that a powerful way to force positive change in this world is in the way we spend our money. Boycotting companies who harm our planet is an effective way to make our voices be heard. And my boycott showed me how much I’d been relying on products from these companies. For a long time, I’d been using fertilizers and pesticides produced by General Hydroponics and Botanicare, two companies owned by Scotts Miracle-Gro through its cannabis subsidiary Hawthorne Gardening Company. I also used grow lights from Gavita, a company also owned by Scotts Miracle-Gro. I’ve used Ecoscraps fertilizers and Black Magic soil — two more companies under the umbrella of Scotts Miracle-Gro.

And it doesn’t end there. In the past I’ve frequently used Roundup, the glyphosate herbicide that’s made by Monsanto and marketed exclusively by Scotts Miracle-Gro. Currently, Roundup is the subject of thousands of lawsuits because Monsanto failed to warn the public about the health risks of this herbicide, as well as the high risk of cancer caused by the product’s use.

I’ve used AzaMax, an insecticide, miticide and nematicide made by General Hydroponics that’s meant to fight common cannabis pests including spider mites, thrips and fungus gnats. Finally, I’ve used medicinal and pharmaceutical products made by Bayer and Monsanto. Indeed, these corporate monsters sell a litany of products in all kinds of market niches, foisting their GMOs, poisons and environmental destruction on the world. Whether you know it or not, you’re probably using at least a few of their products today.

But there are alternatives. You don’t have to use products made or marketed by Scotts Miracle-Gro, Monsanto or Bayer in your cannabis grow op, or anywhere else in your life for that matter. You can find safer replacements and avoid giving your money to these nefarious corporations.

Fortunately, such a substitute is easy to find. The main ingredient in AzaMax is azadirachtin, a natural substance derived from the fast-growing neem tree that grows native to the Indian subcontinent.

Azadirachtin is environmentally harmless, safe for consumable crops like cannabis (if not used in large quantities), biodegradable, and is an effective preventive against hundreds of plant-eating insects. It works by short-circuiting the life cycle and reproductive success of insect pests that attack cannabis.

Once I discovered that azadirachtin comes from the neem tree, it was a cinch for me to find alternatives to AzaMax. One such product I unearthed, Plantonix Neem Bliss, works great in my grow op and costs less than AzaMax.

How To Use Plantonix Neem Bliss

Only apply Neem Bliss during lights out, and do as few applications as possible. In bloom phase, I won’t use any foliar spray other than pure water after weeks four to five, because it can contaminate and negatively affect taste and quality of buds.

For countering pests like spider mites, thrips and aphids, spray once, wait three days before spraying again, and then spray again after an additional three days have passed. This stops adult pests and also kills eggs, their youngsters and hatchlings.

Monitor your cannabis leaves with a magnifying glass, and at the first sign of reinfestation, start the spraying cycle over again.

Note that azadirachtin doesn’t last long in solution, so use your spray the same day you mix it. I also suggest that the first couple of times you spray, test on a small section of your crop to ensure it stops pests while not damaging your plants. 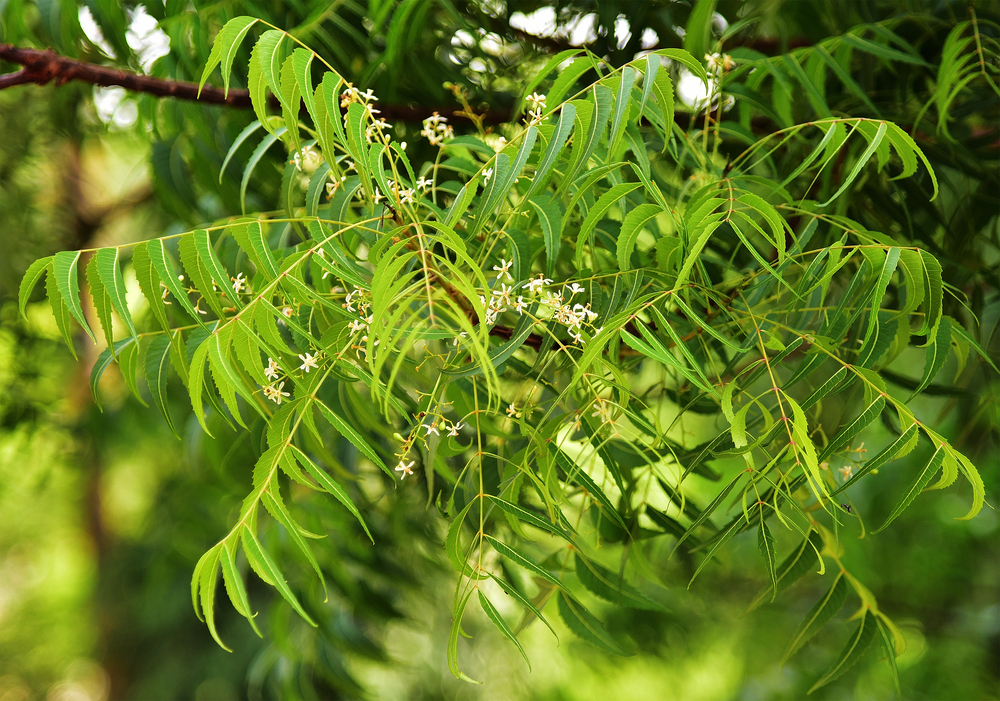 Azadirachtin, which is found in the neem tree, short-circuits the life cycle and reproductive success of insect pests that attack cannabis.

Best Grow Lights To Use Instead Of Gavita

When Scotts Miracle-Gro subsidiary Hawthorne Gardening bought Gavita Horticultural Lighting in 2016, that was all the prompting I needed to altogether get rid of my Gavita Pro 1000 DE double-ended grow lights. Even before I decided to boycott companies owned by or affiliated with Scotts, I was already contemplating selling off my Gavita grow lights because they generate too much heat — so much heat that I had to put hooks in my ceiling and mount the lights as high as possible, just to somewhat counteract the leaf burn and fluffy buds caused by all that heat.

I was also dissatisfied with the outrageous electricity bills that come from using double-ended grow lights, not just for powering the ballasts and bulbs, but also for air conditioning my grow room to remove excessive grow-light heat.

So, I acquired professional LED grow lights, then sold the Gavita lights. The LED lights are much cooler in temperature, use 50-percent less electricity, and my cannabis harvest weight and bud potency have shown a marked improvement.

The bottom line? By boycotting Gavita and switching to LED, I saved money on electricity and increased my harvest profits. Sometimes, doing the right thing pays off not just morally, but financially as well.

Boycotting Roundup In Favor Of An Environmentally Sound Herbicide

Of course, I’ve never used Monsanto Roundup in my cannabis grow room, but I have used it in my yard, on my driveway and on my pathways. It contains environmentally harmful glyphosate that is absorbed by foliage and weeds, and minimally by roots, so that weeds and grasses that compete with crops are eliminated from below the soil upward.

Glyphosate is toxic to animals, pollinators such as bees, water quality and people, but I reasoned that since Roundup is sold and used everywhere, it couldn’t be that bad. However, when the reports began to surface that Roundup causes cancer, I decided to immediately stop using it.

How To Mix Your Roundup Replacement

As with AzaMax and Gavita grow lights, it’s easy to find a cheaper, totally safe replacement for toxic Monsanto Roundup. The replacement is an effortless mix comprised of white vinegar, water and dish soap.

Using my vinegar method, I’ve not only saved money, but also avoided harm to the environment while bolstering my boycott of Monsanto and Scotts Miracle-Gro. As an added bonus, vinegar has many other uses in your home, including as a drain cleaner, deodorizer, glass cleaner, clothes whitener, and to cleanse the smells and stains caused by house pets.

Many cannabis cultivators have utilized General Hydroponics or Botanicare products in their grow ops. Those brands aren’t premium hydroponic nutrients, but they usually don’t kill cannabis crops and you may get a decent harvest out of them.

When I decided to enact my boycott, I had about $175 worth of products by these brands on hand. I gave them to another grower and replaced them with Advanced Nutrients base nutrients Sensi Grow and Sensi Bloom, along with supplemental bloom boosters Bud Candy, Nirvana and Big Bud.

The Advanced Nutrients suite of products cost me the same amount as the General Hydroponics and Botanicare products — only they performed better and didn’t harm the environment.

While it was relatively easy for me to boycott Monsanto and Scotts Miracle-Gro products and find superior replacements, it was a little more difficult to carry out my Bayer boycott, because Bayer has hundreds of products and dozens of subsidiaries in market sectors including human and veterinary health, agriculture, pharmaceuticals and health-care products. The same is true for Monsanto and Scotts.

But remember that farmers successfully grew crops for thousands of years before multinational corporations came along with their poisons and GMOs. When you do your due diligence, it’s easy to find safe, cheaper substitutes for the products those companies sell and thus do your part to make the world a better, less toxic place.

2018 Midterm Elections: Our Ultimate State-By-State Guide To The Who’s Who Of Pro-Cannabis Candidates
God Save The Green: How Climate Change Helped UK Cannabis Growers Harvest Big In 2018