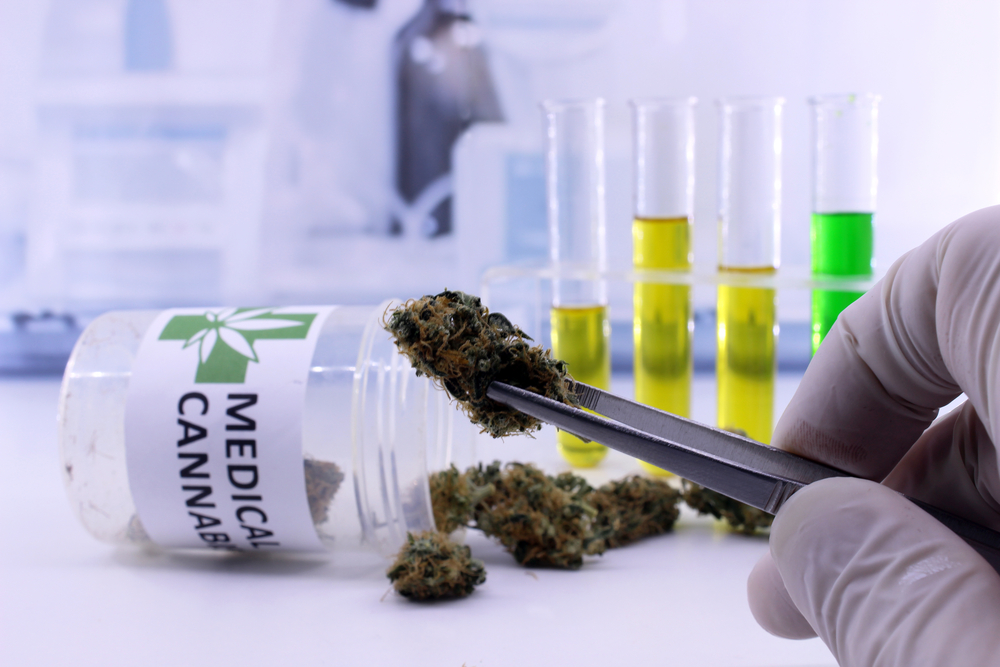 She says it is by far the most common question posed across the negotiating table with buyers looking to purchase her marijuana.

Not questions about the pedigree of her strains or where she got her seeds or clones. Nothing about the medium she grew in or how she cured her flower.

Buyers want to know if it’s fire. They want to hear it’s supercharged, potent pot. If you have high-octane, powerhouse herb loaded with THC, she says, you’ve got their ear.

But only if you can prove your numbers.

Labs That Tell Growers What They Want To Hear

Due to the now-massive number of growers that have entered the green rush ahead of California’s recreational sales set to detonate in early 2018, a current surplus of cannabis across the Golden State means it’s a buyer’s market. Which also means purchasers are setting the pace, selecting only certified dank product, and requiring proof of THC percentages from labs before committing to a purchase.

Once a fairly simple process of showing up on the fly, shaking a hand and impressing a buyer with “bag appeal” (that is, the initial visual and fragrant qualities of the bud), the old-school system has now been replaced with cold, hard science. And your numbers better rock.

“It’s like a nuclear arms race for the most potent bud,” says Fender. “I always thought more about the whole plant experience while planning a grow — aroma, taste, how it burns, finding good, hardy strains.”

She laments, “Now, THC counts are really what matters.”

The Northern California cultivator says that many of her customers are requiring those up-to-date, lab-tested potency percentages, which has led her to quite a few experiences — some good, some bad — with cannabis laboratories.

“Before I knew who the reputable labs were, I wasted a bunch of time and money at places that were clearly telling me what I wanted to hear and charging me a premium,” she says. “They were giving me inflated THC counts, so that I could hand that over to a possible buyer. That was supposedly going to make my sale easier.”

But Fender knew for a fact that the potency number provided by one of those labs was inflated. Her Ken’s GDP strain, which she’d grown for many years, had previously always tested out around 16–17 percent THC — not bad by any estimate, but also not the roaring 20s of present-day smoke.

This new lab was saying that her GDP was clocked at 22.6 percent THC.

A great problem to have, right? Wrong, says Fender.

When she returned to the dispensary to sell that GDP — the same dispensary that had been the one to refer her to that particular local lab (which, incidentally, charged $99 per strain test) — the buyer was no longer interested in her product.

She was pretty sure it was a scam the dispensary was running with the lab.

“I knew these guys were playing me,” she says. “The dude completely dropped communication with me and wouldn’t return my calls. Later, I heard of other people being sent to that lab, then treated the same way I was by the buyer.”

According to Anchorage TV station KTVA, Erika McConnell, head of the Alcohol and Marijuana Control Office, claims examinations of numerous cannabis tests revealed evidence of “significant deviation” in potency testing results of the same product by two separate labs, Steep Hill Alaska and CannTest, LLC, which are the only two testing facilities in Alaska.

“High THC is what the customers are seeking,” CEO Brian Coyle of Steep Hill told KTVA. “The retailers want it, the cultivators want it, so they can sell their product for a premium, and that’s what’s brought us to this situation.”

Coyle noted that THC results from customers who got samples tested at both labs were higher in all 16 samples examined by the lab CannTest — in some cases, Coyle says, significantly so.

In the end, this sketchy practice means it’s not only the grower who suffers, but the consumer, too, who is being duped into believing their cannabis is more potent than it really is.

Due to the federal classification of cannabis as a prohibited substance, labs are barred from sending samples for testing to other states where weed is legal, and the Schedule I ruling also means there are currently no national accountability standards in place for lab testing.

As regulatory systems across the nation continue to evolve in this emerging market, there are bound to be challenges. In the case of Alaska’s contradictions, Coyle suggests using test equipment at the state crime lab as an impartial third-party tester.

Fender’s advice is more grassroots: “Ask around where other growers are testing their stuff,” she says. “Treat it like any other purchase you make. Read reviews online and try to ferret out those scammer labs.”