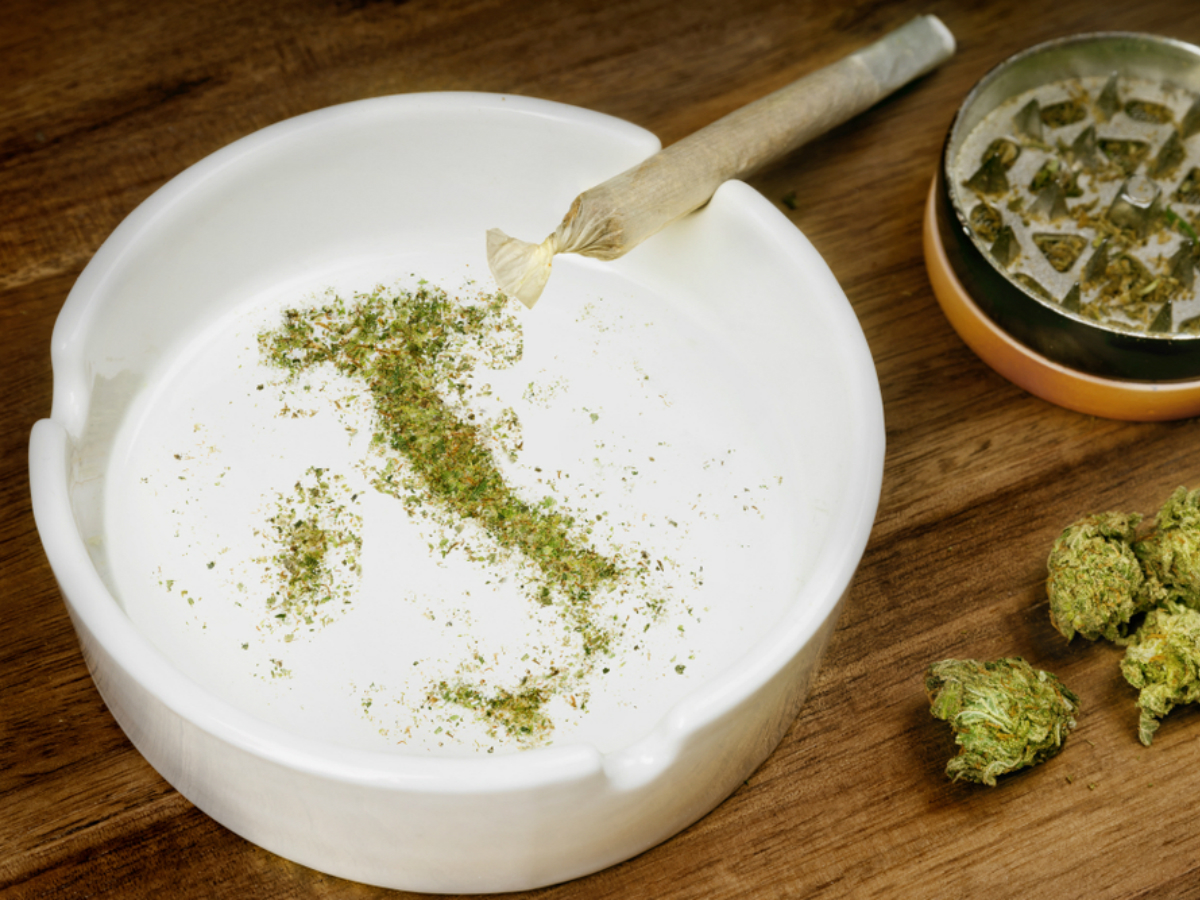 We’re so focused on North America’s cannabis legalization trajectory that the global perspective can sometimes shift out of focus. Since the Neolithic age some 12,000 years ago, hemp has been farmed for food and fiber. In many regions, even in Europe as far back as the 16th century, hemp — and occasionally cannabis — has been a part of regular commodity crops. Before plastics and cotton, hemp was a chief commercial fiber that was used to provide materials for naval fleets, thus aiding in the exploration that would kick off colonialism to the New World, eventually leading to globalization.

Though medical marijuana programs currently exist in some form in 27 European countries, in most cases those programs are highly restrictive and narrow. According to the European Monitoring Centre for Drugs and Drug Addiction, in Italy, cannabis remains the “illicit drug most commonly used by the general population,” with 9.2 percent of its population of 61 million consuming the plant, as reported in the 2016 UN World Drug Report. With such a strictly controlled medical program and a recent loosening of industrial hemp laws, this new loophole has seen a whole new class of cannabis consumption crop up.

According to an August story in The Guardian that discussed how Italian farmers have made the switch to cannabis cultivation:

The 2016 law does not prohibit the commercialisation of hemp flowers, a gap that allowed market for the sale of light cannabis to blossom, with more than 500 stores in Italy. The flowers, sealed in bags or jars with names such as Gorilla Blue, Amnesia and Raging Bull, can be collected and used for tisanes [teas] or as scents for wardrobes. But the majority of customers simply crumble them, roll them and smoke them.

Italian-based cannabis cultivators like Canapa Sardegna and Easyjoint are now providing the nation with this so-called cannabis light — a high CBD, low THC class of hemp that is growing sales at a rapid pace. In every major city in Italy, cannabis light is being sold as a “collector’s item” that’s not meant for smoking or vaping, or as a herbal tea, but once the customer is in possession of this cannabis light, of course the use is pretty much up to them, despite what the label says.

The Sudden Takeoff Of Italian Weed

When the policy shift toward legalization began in Italy in 2016, the high unemployment rate and shaky employment options that had plagued Southern Europe, especially since the 2008 global financial crisis, drove many Italians with access to earth to try their hand at growing industrial hemp. This product had been an interwar staple — that is, until World War II, when Italy’s then-Prime Minister Mussolini forced farmers to grow only wheat, which ruined not only hemp’s foothold on agrarian Italy, but also many heirloom crops like rare almonds and olives, with non-wheat grains also suffering. The economic chaos this created is still being felt today, and in 1961 the Italian legislature cemented hemp’s freefall from popular crop to prohibited substance, endorsing the international treaty of the Single Convention on Narcotic Drugs. Two generations later, economically beleaguered farmers in rural territories like Sicily and Sardinia are turning to fields of green.

Claudio Truddaiu of Canapa Sardegna explains the driving force behind this move to hemp, or what he refers to as “a curiosity and passion for nature.” Italy, Truddaiu claims, in general has an urge to produce this plant, too, saying, “There are different varieties that can be cultivated in Italy, around 40, and they all have different flavors and aromas — even the terroir causes the aroma to vary.”

Perhaps the most important thing that hemp and cannabis production provides the nation, aside from the increased variety of available cannabis, is the opportunities it has and can yet provide for underemployed farmers and youth. Truddaiu says, “We are sure that in Italy the potential for [economic] growth is very high and can create many jobs. The government should make a law that allows young people to create small businesses and enhances both the product and the territory, a bit like wine and other ‘made in Italy’ products.”

The cultivars presently being grown in Italy are all high CBD, with low THC levels to satisfy the regulations, but that doesn’t mean that cultivators there are creating neutered flower. Truddaiu stresses that the product his company produces is full flavor and comes from the unique terroir and climate of his part of Italy.

“One of the strengths is our location, a small town in the north of Sardinia at an altitude of 400 meters [1,312 feet],” he explains of Canapa Sardegna’s grow setup. “The cultivation happens on a small plot near a natural water source that descends from a rocky spring into a collecting tank. Even the drying is carried out inside a nearby cave.”

This hemp grows in Italian locales not unlike the numerous other crops grown in orchards, and Truddaiu’s favorite way to cultivate hemp is right alongside other fruits and vegetables, as if it never departed the agricultural lexicon. And being that industrial hemp was once the norm and is what’s permitted to grow today, its low THC means that cultivators have shifted their focus to increasing terpene content and enhancing flavor offerings.

In Italy, the regulations state that the hemp should only be sold as herbal tea, and this is how the shops and farmers label their products. However, as noted by The Guardian, people are primarily crumbling the product, rolling it and smoking it.

It’s no secret that Europeans love their tobacco, and that Italians in particular enjoy cannabis and tobacco together, with 94 percent of people in Italy who consume cannabis preferring to mix it with tobacco, according to the 2017 Global Drug Survey. However, so-called cannabis light represents something of a middle ground, whereby psychoactive intoxication is not the goal of consumption, but rather, a sense of calm and relaxation. Truddaiu says that the European-style spliff prevails, even with cannabis light in the picture: “Some are starting to use [cannabis light] instead of cigarettes, but a bit of tobacco is also sometimes used during the preparation of a hemp cigarette.”

Until such time as the wall comes down between medical and recreational cannabis and the plant in its various forms is legally available to all in Italy, these will be considered two separate and very distinct products. Medical marijuana in Italy is grown by the military and available on prescription from a doctor. The medicine is provided by a pharmacist and has THC, albeit at lower-than-average levels. To qualify for a prescription, prospective patients must have one of the following symptoms or conditions:

In comparison, hemp is less regulated, much like the pre-Colorado US climate. While medical cannabis may soon be easier to access in Italy, it will remain tightly regulated, says Truddaiu. “The government is thinking about the business and the pharmaceutical companies are organizing themselves for this.”

The black market has been the primary cannabis procurement method for more than 50 years in Italy. Hash is one of the most popular cannabis products, and it’s largely trafficked by the Mafia, who still controls a portion of the European drug trade today. In Italy, the Mafia also influences political decisions, and post-World War II saw La Cosa Nostra join with former fascist politicians to keep socialists out of parliament. For that reason, it’s no stretch to assume the modern Mafia — which has been weakened in the past two decades by a string of arrests and incarcerations — still has enough power and political sway to continue its cannabis monopoly, which is now a multibillion-Euro enterprise.

This Mafia criminal network does more than just smuggle cannabis from elsewhere into Italy — it also exploits refugees for profit and politically oppresses those who could benefit from the plant — that is, if pot wasn’t already so maligned. For this reason, many Italian producers of cannabis light choose to label their products as “Addiopizzo,” meaning no bribes or extortion were paid to the Mafia, and organized crime was in no way invested in the product’s production or profit.

In the future, when global legalization is real, a place like Italy with such rich farming and horticulture traditions will no longer be able to ignore the revenue stream and health benefits of cannabis. There’s no telling how big cannabis could get in the EU and particularly in Italy, but if it’s anything like US and Canadian projections, it will well be worth it to open the sector to widespread independent production.

The Nitty-Gritty Of Why You Should Add Dissolved Oxygen To Water In Hydroponic And Peat-Based Cannabis Growing
Simply Silica: How Adding Silica To Your Grow Op Will Help You Cultivate Bigger, Better Buds