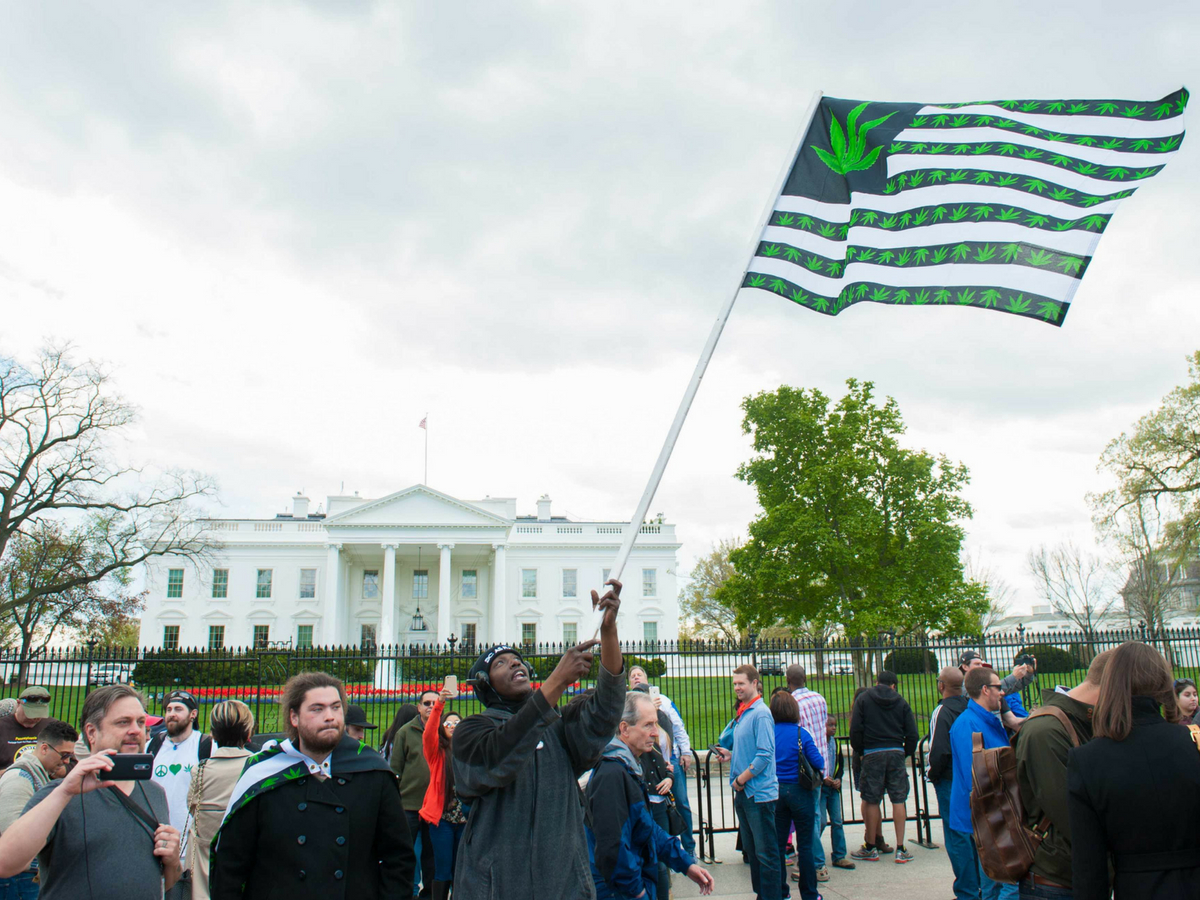 Now more than ever, the outlook for cannabis reform in America is moving in favor of adult-use and medical marijuana patients. In spite of heavy opposition from Attorney General Jeff Sessions and Congressional House leadership, the cannabis industry recently won a huge victory when it comes to the protections of state-level legalization of medical marijuana.

This year, protections were included in the fiscal budget, made possible with the support of lobbyists from the Congressional Cannabis Caucus and the efforts of the National Cannabis Industry Association (NCIA).

The NCIA is a strong voice for the cannabis industry. May marked its 8th Annual Cannabis Industry Lobby Days in the nation’s capital, where cannabist professionals, scientists, and even a pro-athlete took meetings with senators and representatives from across the country to advocate on behalf of legalization and added cannabis protections to the next fiscal year. In particular, they asked for additional security for adult-use businesses as well as an appropriations amendment that would protect financial institutions from any kind of federal backlash for doing business with the cannabis industry.

“It’s a great time to be working on this issue when we are seeing Republicans and Democrats fighting over who is most supportive over marijuana policy reform,” said Aaron Smith, executive director of the NCIA.

Recently, Republican support from Colorado’s Senator Cory Gardner came in the form of an announcement that he will soon introduce legislation alongside Senator Elizabeth Warren (D-MA) to uphold states’ rights on cannabis. Since the announcement, an important development has occurred on the other side of the aisle. Senate Minority Leader Chuck Schumer (D-NY) announced that he would introduce legislation that would decriminalize and in fact deschedule marijuana at the federal level — a move which would allow cannabis legalization from coast to coast.

At a congressional press conference on the Hill, which marked the end of Lobby Days, Rep. Earl Blumenauer (D-OR) said, “The fact that the federal government has a stranglehold on research to unlock the benefit of cannabis is beyond comprehension.”

He also said he believed change in cannabis policy at the federal level will be rapid over the next year, thanks to the NCIA, the Congressional Cannabis Caucus, and pressure from the public. The Cannabis Caucus has grown dramatically, Blumenauer touted. “There’s a growing number of men and women in Congress who’ve stepped forward, who’ve taken ownership in terms of their jurisdictions or in terms of the issues that they want to advance.”

Matt Gaetz also spoke at the pro-pot podium. A Republican Congressman representing Florida, he introduced himself jokingly, “Hi, my name is Matt and I’m a Republican.” With passion in his voice, Gaetz went on, “The federal policies of our administration maintains the policy’s position that cannabis has no medical value in any circumstance [nor] in any endeavor. That is a lie.”

Rep. Gaetz said he knows this is a lie because of his constituents living with epilepsy, multiple sclerosis and cancer. His call to political action was for all voters to get their representatives to allow for cannabis research by supporting the Cannabis Research Act. The bill would authorize the Department of Veterans Affairs “to conduct and support research on the efficacy and safety of certain forms of cannabis and cannabis delivery for veterans enrolled in the VA health care system diagnosed with conditions such as chronic pain or post-traumatic stress disorder,” according to the bill summary.

A new Quinnipiac University Poll reveals 63 percent of Americans now support the legalization and regulation of cannabis across the country. It’s an important bellwether as we head into the midterm elections. In 2018, Michigan residents will get the opportunity to regulate recreational cannabis. Medical marijuana ballot initiatives are also likely to make their way onto the ballots in Utah, Missouri and Oklahoma.

Medical marijuana patient and NFL running back Mike James also joined NCIA this year to advocate for medical marijuana over opioid medication. Having played for the Tampa Bay Buccaneers and the Detroit Lions, he prefers to treat his chronic pain with cannabis. “Within the NFL, I’m trying to go through their process and change policy that way. Hopefully, [players] can be an example for society,” James said.

“As the responsible cannabis industry grows and expands across the country, we [the NCIA] are showing voters what it really looks like to take cannabis out of the criminal market and put it behind a regular counter,” added Smith. 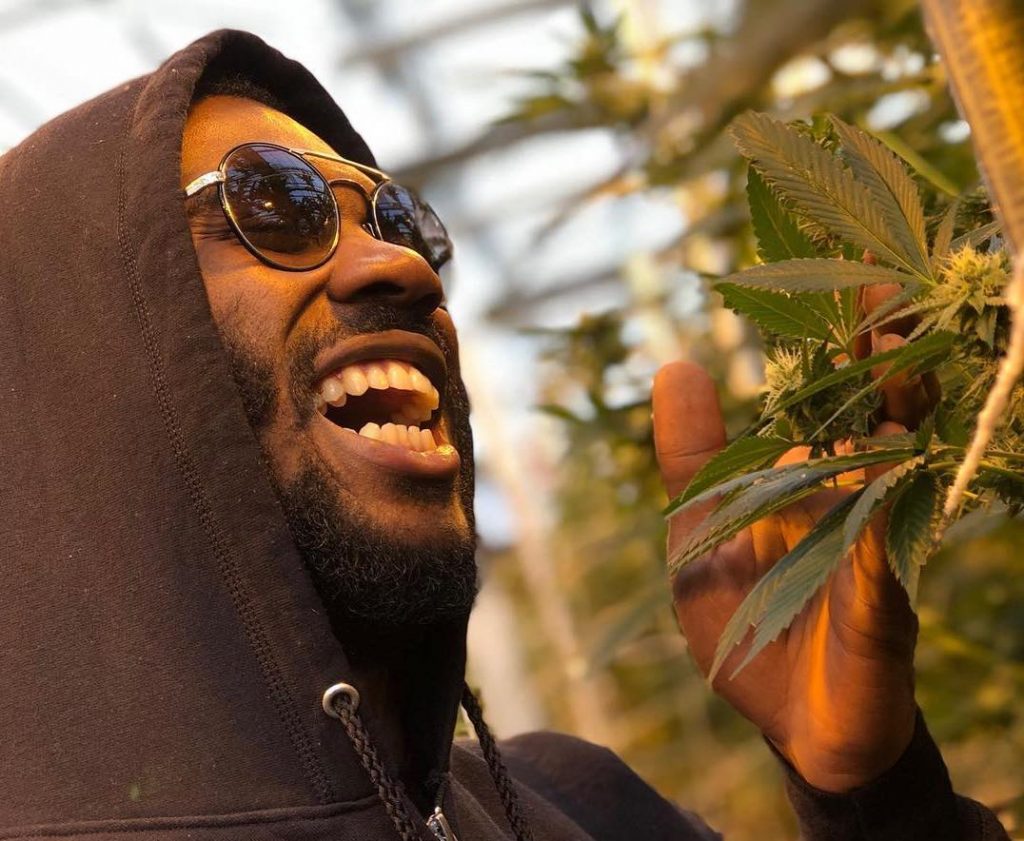 One of the most successful young ganjapreneurs, Karson Humiston is in charge of hiring the best and brightest for those jobs behind the counter. The founder of Vangst, Humiston also ranks as one of Forbes’ 30 under 30. For Lobby Days, her primary focus was “jobs, jobs, jobs,” adding that “we want marijuana to be legalized, so we want as many people as possible talking about jobs as possible.”

A new member to the NCIA, attorney Blake Mensing was also among the NCIA Lobby Days professionals who advocated in DC for the fair taxing and banking for cannabis businesses.

“That this is the eighth year this is happening really shows that the industry is coming out of the shadows, and the momentum has built to the point that there’s a small probability that things are going back to the way they were [prior to prohibition].” Mensing founded The Mensing Group after he left his job as a municipal attorney in Massachusetts to take on cannabis-only clients. He admitted, “This is the first time I’ve ever had fun being a lawyer.”

When it comes to banking and tax reform, Heather Sullivan of 3C Consulting said the cash flow is only one of the issues they have to worry about from Section 280E of the tax code. It’s a tough decision come tax season, she said.

“Do you set aside those tax rates so you don’t have that money to use for other things for your business, or do you play the game and run the risk that you’re not going to get audited?”

It’s a huge issue that affects every cannabusiness — even if they don’t touch the plant. Take activist Steve DeAngelo’s investment company Arcview Group, for instance. DeAngelo relayed the struggles his firm — which doesn’t handle or sell any cannabis product — has had to deal with, including Arcview’s bank accounts under constant threat of being frozen due to its association with marijuana.

“We are at a tipping point. With all of the changes and all of the momentum that has built over the last few months, it is more important now than ever that you support your industry’s trade association,” said DeAngelo. “Lobby Days is an excellent opportunity to help us advocate for the industry broadly, but also to tell your personal stories about federal policies and how it’s affected your business.”

Caroline Phillips founded DC’s annual National Cannabis Festival and the National Cannabis Policy Summit. “[Lobby Days] was a really wonderful opportunity to share with members of Congress the diverse and innovative ideas of the cannabis industry and to show off the professionalism, creativity and care that the people in the industry put into their work,” she said. “NCIA is working hard to build support for these policies and we hope to someday get that legislation to the president’s desk so he can uphold his promise and sign it into law.”

It’s events like NCIA Lobby Days that allow professionals to debunk stoner stereotypes. It all begins with one-on-one, humanizing interactions between politicians, patients and professionals.