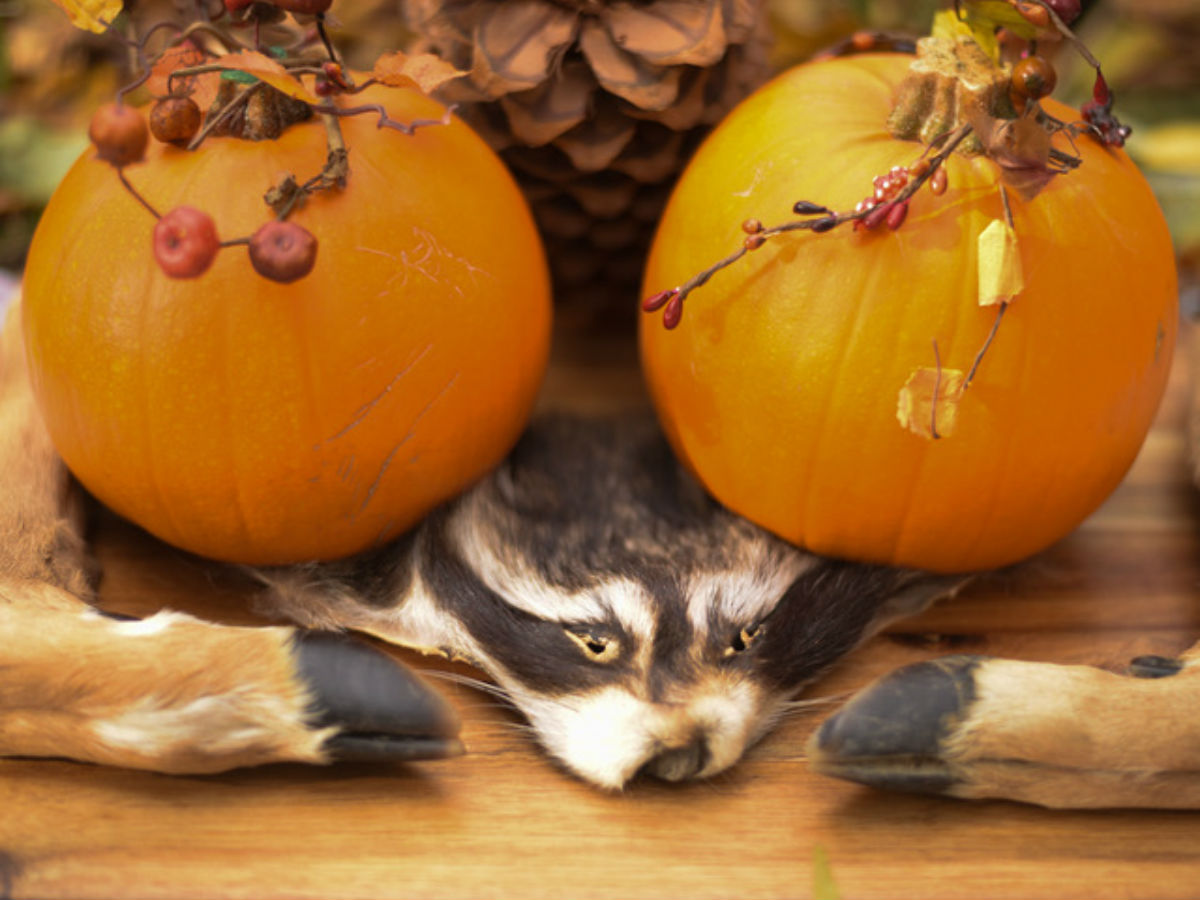 The Indigenous Peoples Sunrise Ceremony is an event held Thanksgiving Day on San Francisco Bay’s Alcatraz Island. Each year, thousands of Native Americans travel from throughout the country to the Bay Area, where they take a ferry to the island in the early morning hours to perform traditional dances as the sun rises. It is a time for remembrance of when the indigenous peoples of the Americas occupied the island from 1969 to 1971 as part of a movement called the Indians of All Tribes, demanding it be turned into a cultural center for Native American studies. Held annually since 1975, Unthanksgiving Day also is a time for reflecting and celebrating the fact that even after colonialism and genocide, the Native American culture has survived.

While it’s difficult to know for sure what North America’s indigenous population was before European colonization, historical estimates predict it went from upward of 110 million in the 1400s, to 10 million as colonialism progressed. As of 2014, only 5.2 million Native Americans were said to be living in the United States, according to the US Census Bureau.

Unthanksgiving Day highlights how the Native Americans survived brutality, cultural appropriation, warfare, disease, attempted genocide, and cultural and economic losses. The slogan “we are still here” echoes loud and clear. It is the truth, starkly juxtaposed against the pilgrim narrative that is told over and over again, about both peoples sitting down together peacefully to enjoy a “Thanksgiving feast.” Today, this narrative continues, combined with football and the need to overindulge on just about anything served at the table. But for the indigenous community, it is a yearly reminder of the suffering of their people, the whitewashing of history, and the painful memories of dead ancestors.

We should take this truth, not run from it or deny it, and not be offended by it. Rather, we must understand that our brothers and sisters have suffered long enough. Today, Native Americans still suffer the consequences of what has happened to them in the past. They still face strong discrimination, poverty, insufficient education, substance and drug abuse, and a shortened life expectancy. Indigenous people are killed or suffer brutality at the hands of the police more than any other racial group, according to data from the Urban Institute. Our brothers and sisters are dying. They are suffering. And on Thanksgiving Day, some of us paint a picture-perfect story that distracts us from the reality of our world.

For many, you cannot escape the family traditions of Thanksgiving Day — but this year, I implore you to speak the truth. In this five-part series, traditional Native American dishes are combined with cannabis. Whether you make the recipes infused with weed or not is up to you. However, adding these customary food creations to your Thanksgiving repertoire is a great way to honor our indigenous friends. Bring the dish to your family’s house or make one for your Friendsgiving spread as a way to start the conversation. Be the change we need. Speak for the oppressed, just as you have spoken against the oppression of cannabis.

For the first recipe in this series, we start with a very simple and delicious baked pumpkin infused with the sugary hybrid strain Lodi Dodi. The Chippewa who lived in the Lake Superior region of northern Michigan, Wisconsin and Minnesota were, for generations, known for roasting and baking pumpkins. This winter squash originated in the Americas and was farmed in particular by the Wampanoag tribes of New England, with evidence of its existence dating back from 7,000–5,500 BC in Mexico.

Lodi Dodi adds a complex, syrupy fruit flavor to the dish, with undertones of wildflowers, much like honey. This marries ever so perfectly with the savory and sweet elements of the pumpkin. Its sativa-dominant characteristics make it perfect for a sustained head high that inspires energy and creative force. A perfect strain to stimulate the intellect and open up the mind at the Thanksgiving table, with the spirit of Unthanksgiving riding alongside you. 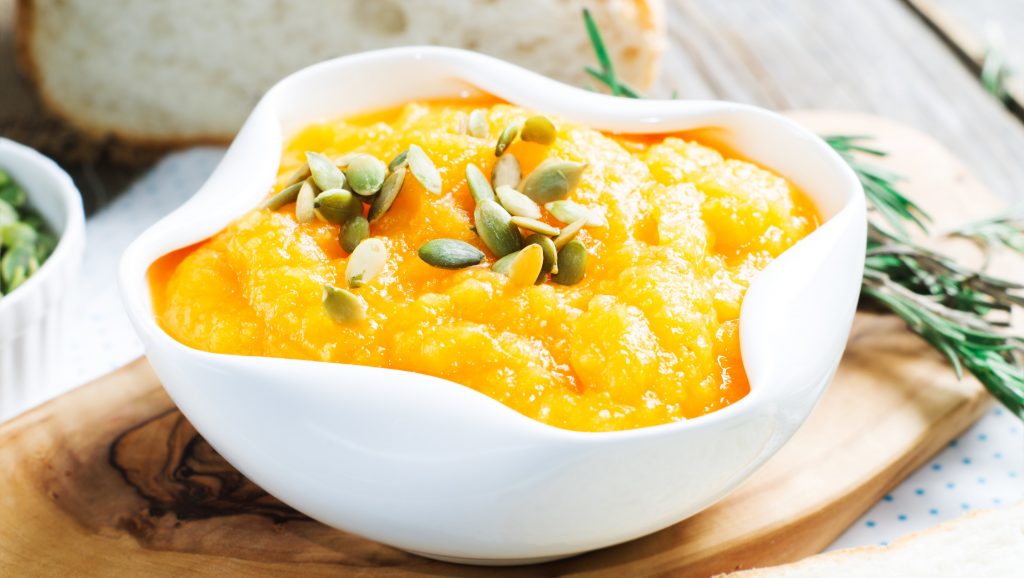 Ingredients You Will Need:

Step 1: Preheat oven to 350 degrees Fahrenheit.
Step 2: Wash the pumpkin and loosely cup the bottom with tinfoil. Next, place it onto a cookie sheet and bake for 1 hour, 45 mins up to 2 hours, or until a fork pierces the skin easily.
Step 3: After it’s cooked, let the pumpkin cool slightly, for about 15 minutes. Slice the pumpkin in half and scoop out the seeds. Next, scoop the flesh from the pumpkin into a baking dish.
Step 4: Mix in the maple syrup, Lodi Dodi tallow, salt and pepper. Cover and place into the oven for an additional 15 minutes at 350 degrees F. Season with salt and pepper again as needed. Serve immediately.

Dosage: If a gram of flower tests at 28 percent THC, 28 percent of 1,000 mg would be 280mg, so your entire dish would have 280mg of THC. To figure out your dosing, sub the number of your THC percentage in the amount of flower you want and do the math to determine how potent you want your dish to be. If you want a smaller dose, simply cut the flower down to a smaller portion. If you want a higher dose, add as much cannabis as needed.

Cannabis strains that possess sweet, syrupy, floral, honey terpenes and flavonoids pair best with pumpkin-based dishes. The following would be ideal if you didn’t have Lodi Dodi at hand:

BC Sweet Tooth: This 90 percent indica, 10 percent sativa slays all debilitating body pain or muscle spasms in one fell swoop. It also quells insomnia for a peaceful night’s sleep.

Cream Caramel: A high-THC, mostly indica strain that tastes of sweet berries and clears the head. Said to be perfect for meditation and for soothing the mind.

Vanilla Kush: A sedating indica strain that possesses a sweet vanilla aroma, with lavender and floral undertones. Boasts strong cerebral effects that will take away your pain.

If you cannot find these strains, don’t panic, just follow your nose and taste buds to find strains that would best complement the dish. And when choosing another strain, keep in mind that the THC percentage will be different, therefore dose accordingly.