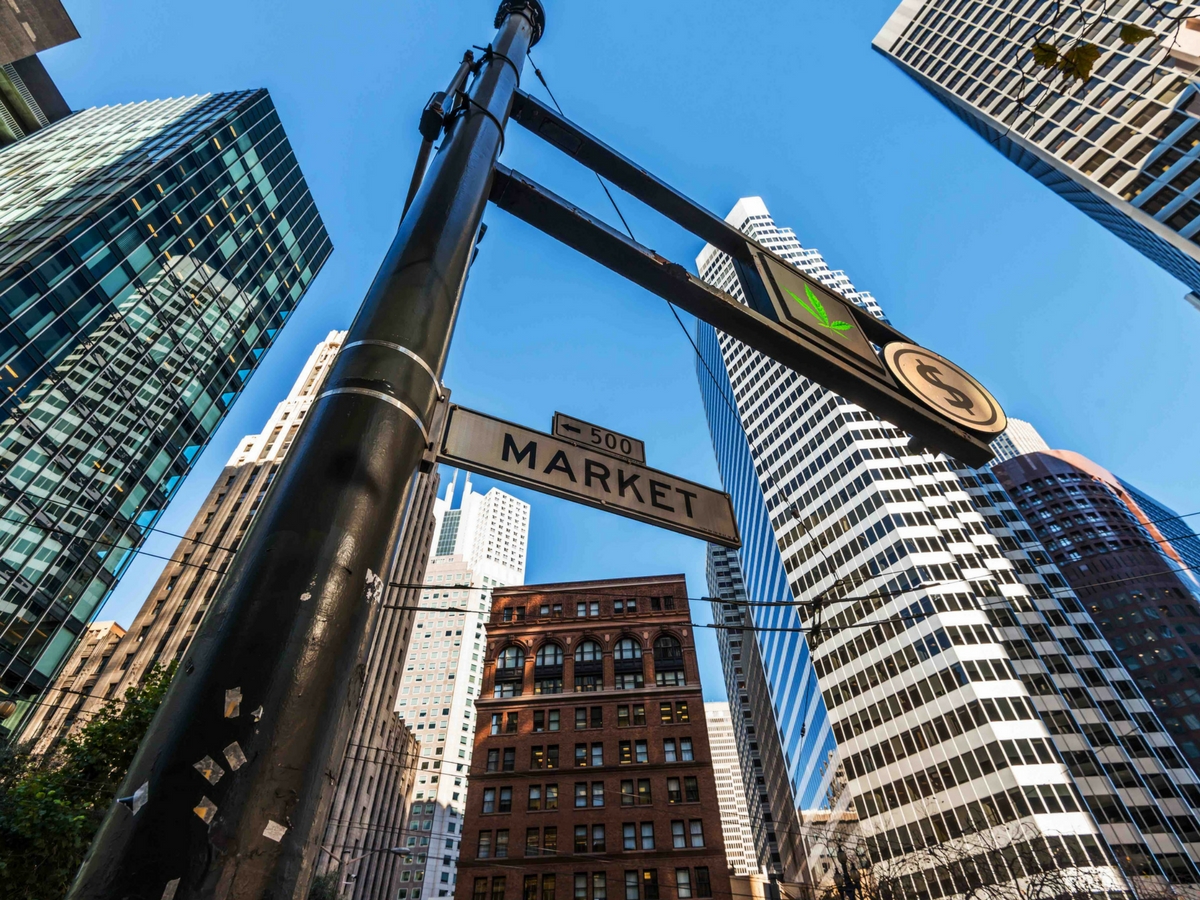 Licensed operators within the cannabis space are well aware that the inability of pot professionals to gain access to traditional banking services is one of the bigger problems facing our industry. Across the country, cannabusinesses are being forced to deal strictly in cash, which opens them up to a wealth of risks, including theft, violence, accounting issues and lack of insurance. It’s not that banks can’t legally serve cannabis businesses, it’s just that they don’t want to take on that kind of liability.

With cannabis still deemed illegal at the federal level, and with these banks federally regulated, there is the presumption within the financial and banking sectors that doing business with bud is unlawful.

“It’s legal. These banks can bank with all of these cannabis companies,” insists John Downs, director of business development at the Arcview Group. “It’s just not worth it to them. They don’t want to take the risk, because it puts a microscope up their ass.”

According to a recommendation from the US Department of Treasury, issued in 2014:

Financial institutions can provide services to marijuana-related businesses consistent with their [Bank Secrecy Act] obligations. In general, the decision to open, close, or refuse any particular account or relationship should be made by each financial institution based on a number of factors specific to that institution. These factors may include its particular business objectives, an evaluation of the risks associated with offering a particular product or service, and its capacity to manage those risks effectively.

The bottom line is that banks doing business with cannabis could open themselves up to investigation from federal regulators. And if these federal regulators determine that a bank has done something wrong — i.e., the revenue from the sale of marijuana goes to criminal enterprises, or marijuana is diverted to non-legal states — then their banking license can be revoked.

California is the largest economy to legalize cannabis, and it’s been trying to tackle the issue of cannabis banking for the past year. One idea that is reportedly up for consideration is for the Golden State to launch a state-owned “green” bank that would service cannabis companies, similar to that of the Bank of North Dakota, currently the only state-owned financial institution in the USA.

The BND is simply a traditional a bank that is run entirely by public officials and not regulated by the Office of the Comptroller of the Currency, a federal agency that oversees national banks. California State Treasurer John Chiang has commenced a study on how such a bank might work legally and what benefits it may provide to its cannabis clients.

“The treasurer announced… that he is starting the process of studying the legal and operational aspects of creating a state bank to deal with cannabis business deposits and possibly other purposes,” Marc Lifsher, Chiang’s communications director, tells Big Buds. “The study could be completed during the second half of this year.”

We recently spoke to New Mexico gubernatorial candidate Peter DeBenedittis, who is currently the only candidate in the governor race who has proposed the idea of legalizing cannabis and creating a state bank to meet the industry’s financial needs. DeBenedittis, an alcohol prevention teacher, told Big Buds he’s excited California is considering a similar approach.

“I’ve been campaigning for a publicly owned state bank since March of last year,” says DeBenedittis, who labels himself as a progressive Democrat. “I was hoping New Mexico would become the first state to create a state bank that would have a commercial division for cannabis and hemp businesses. Now the race is on. Will California or New Mexico be the first state that elects a progressive governor who will support the cannabis industry with a state bank?”

DeBenedittis argues that a financial institution with the power of the state behind it would provide a safer repository for cannabis proceeds than the financial services provided by a private entity. One could imagine what might happen if states started their own banks and banded together to fight off attacks from the likes of anti-cannabis figurehead, Attorney General Jeff Sessions.

“If people felt more secure with a state-chartered bank [holding] their funds, that would be great,” says Downs of Arcview, who provides connections between cannabis businesses and credible investors. However, Downs adds that he’d prefer private businesses handle the cannabis industry’s banking needs, because he claims competition would ensure the highest quality services.

“I think it’s a step in the right direction, just showing that the will is there and people do want to find viable solutions to this crisis that we have,” Downs adds.

In the meantime, many startups have launched that are aimed at solving the cannabis industry’s banking problem. One of these startups, Tokken, is using blockchain technology to service cannabis companies. It remains to be seen how reliable these companies will be and how the federal government will regulate them, but for now they’re one of the few viable options for businesses that operate within our burgeoning space.

Regardless of what people think of the proposed solution of a California state bank, many agree that the best option would be if cannabis were descheduled, so there would be no federal intrusion whatsoever.

“Treasurer John Chiang repeatedly has stressed that the lack of normal banking services to the cannabis industry only will be solved when the federal government removes cannabis from its list of Schedule I controlled substances,” Lifsher says.

“Declassifying cannabis as a Schedule I controlled substance is obviously the best solution.”

We won’t know for sure until at earliest later this year if California will launch a state-controlled bank to help the cannabis industry, but if this solution does take shape, it’s likely to start a trend that will catch on in other legalized states. Foreseeably, we could witness many state banks established in the coming years. With lawmakers in other states treading lightly while looking to see how California handles the cannabis industry’s banking problem, the choices made in the West Coast stronghold are likely to have a far-reaching knock-on effect for years to come.