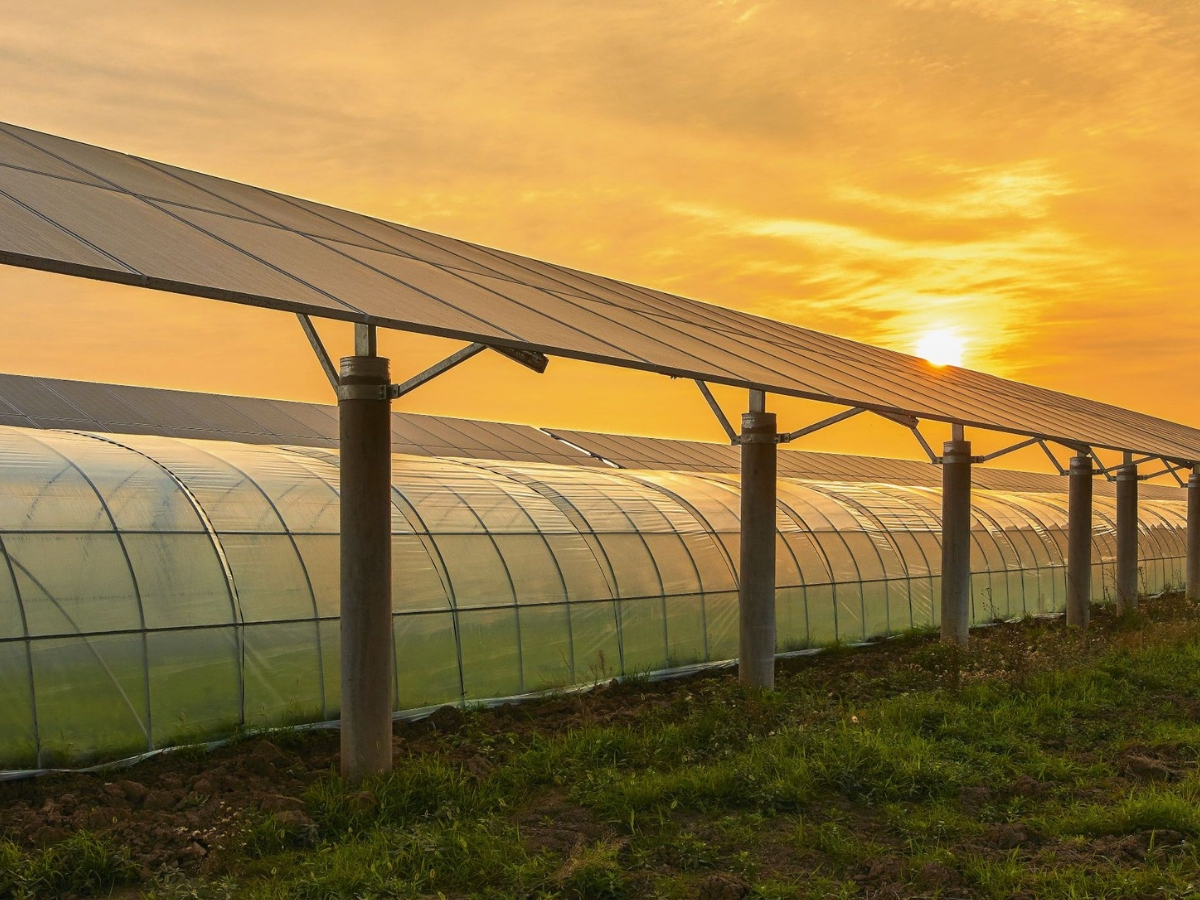 Most cannabis producers would consider themselves ecologically responsible. They strive for sustainability by embracing organic grow practices whenever they can. They take pride in supplying a natural product that comes directly from the earth.

Even those who aren’t thinking about sustainability will at least pay it lip service. They know that the environmentally aware crowd is well represented among cannabis consumers and advocates. Eco-conscious investors are increasingly including cannabis stocks in their green portfolios.

There is a natural convergence of interests between the cannabis industry and environmentalism. But in an era when concern over climate change dominates the environmental agenda, indoor cannabis growers are wildly out of step.

Indoor cannabis facilities have a substantial carbon footprint; it’s believed that such grow operations are the most energy-intensive agricultural enterprises in the world. This is significant because all of the cannabis grown in Puerto Rico as well as 63 percent of the cannabis commercially grown in the United States is grown indoors, and another 20 percent is grown partially indoors in mixed-light/greenhouse-style facilities.

If the cannabis industry is serious about sustainability, it must seek out and embrace the possibilities offered by renewable energy. Solar energy in particular could make a substantial difference to the way cannabis growing facilities impact the environment.

Recreational and medicinal marijuana legalization has yet to reach federal status in the US, but growers collectively still rank among the most prodigious users of electricity in the nation.

The journal Energy Policy published an article in its July 2012 edition that addressed the electricity usage of indoor cannabis growing facilities, both legal and illicit. According to a study sponsored by the Lawrence Berkeley National Laboratory, indoor cannabis operations at that time were responsible for approximately 1 percent of the United States’ total energy use. This was at a time before a single state had legalized cannabis for recreational purposes; at the time, fewer than 20 states had even legalized medicinal marijuana.

Large-scale, industrial-style cannabis cultivation for legal markets was only in its nascent stages, yet the fledgling industry was already appearing on the ranks of the country’s energy hogs. By growing indoors — openly or in secret — cannabis was consuming enough energy to meet the power needs of 1.7 million American homes.

Not surprisingly, these energy-eating practices are expected to worsen as legalization spreads. In one study, the demand for electricity from legal cannabis growers was projected to increase by 162 percent between 2017 and 2022.

It would be wrong to view this trend as a sign of intentional irresponsibility. By its nature, indoor cannabis cultivation is an energy-intensive activity. It requires extensive artificial lighting systems; climate modification technology such as air conditioners, dehumidifiers and fans; water pumps for irrigation systems; and digital equipment for on-site monitoring and control. Many of these systems are required to function 24 hours a day, seven days a week.

Electricity rates for commercial enterprises vary by state, but in general they range from eight to 17 cents per kilowatt-hour. Consequently, the average commercial cannabis grower with a facility of around 5,000-square-feet can expect to spend between $38,000 and $82,000 per year on electricity costs alone. Should they build larger facilities — as many successful entrepreneurs do — their costs can double, triple or quadruple.

Electricity costs will devour an impressive percentage of an indoor cannabis grower’s profits, but their facilities function year-round and produce crops that sell for a premium. Consequently, profits are higher for indoor growers despite the huge energy bills, which discourages many from pursuing mixed-light or outdoor options.

Fortunately, solar energy offers a cost-effective alternative to fossil fuels for indoor growers. Once the cost of the equipment is paid for, a business with solar panels would essentially have access to free electricity for many more years. Any offset of grid costs is helpful, and growers who add solar power to their properties could gain a leg up on the competition.

The potential financial windfall is the first reason to investigate solar, but it isn’t the only one — or even the most significant. According to The Guardian, a 2018 report from the UN Intergovernmental Panel on Climate Change says the nations of the world have just 12 years to significantly cut carbon emissions to avoid a future climate catastrophe.

These dire warnings challenge us all. Cannabis producers who switch to solar can choose to be part of the solution rather than part of the problem.

Furthermore, if they fail to step up voluntarily, the government might be forced to step in. The state of California has already drafted regulations that will require commercial cannabis companies to obtain at least 42 percent of their electricity from renewable energy. These standards will be phased in over time, but growers who drag their feet could be facing a bleak future.

As concern over carbon dioxide emissions grows, other states can be expected to follow California’s lead — more incentive for cannabis producers to start looking into solar energy now.

The Bad News About Solar Energy

Solar holds great promise for the cannabis industry as a whole, but there are limitations.

Indoor growing facilities function like black holes on the energy grid. They suck in so much energy that current solar technology couldn’t possibly meet all their power needs.

“Growers are in the business of eating electricity and producing a product,” according to Duncan Campbell, vice president of product development at Scale Microgrid Solutions, which helps cannabis growers integrate energy efficiency into their operations. “We’re not taking any of these people off-grid. With solar, if I’m lucky, I can make 25 percent of their power.”

The problem is one of scale. Presently, solar panels convert about 20 percent of the sunlight they receive into energy, which is good enough for homes and small businesses with solar panels on their rooftops. It’s even good enough for shared community solar projects, which are ground-based and feed electricity to neighborhoods or groups of buildings.

Conversion rates would have to increase significantly before indoor cannabis operations could afford to purchase enough panels to meet their needs. As it stands now, a commercial indoor growing facility could meet no more than a quarter of its energy needs with solar panels, based on available roof space.

Nevertheless, even a partial conversion to solar power could help indoor growers cut into their reliance on the grid. With annual electricity bills in the tens of thousands of dollars (or more), a 10 to 20 percent reduction in energy costs could make a big impact.

Solar could make an even bigger dent in the utility bills of mixed-light grow facilities. These operations use only one-third to one-half as many lights as purely indoor grow operations. They would not need to invest as much in panels to enjoy a reduction of 10 percent or more in energy costs.

A smaller integration of solar panels, scaled up at an affordable pace, could help indoor growers reduce their carbon footprint by a notable amount. This approach could make an even larger impact if combined with other steps to increase energy efficiency, such as the installation of LED lighting and greater integration of smart technologies.

The Good News About Solar Energy

One of the most exciting aspects of the solar energy industry is its rapid rate of innovation, which tends to render limitations temporary.

Meanwhile, advancements continue in building-integrated photovoltaics — construction products that double as solar panels. They can provide electricity to structures that incorporate them even more efficiently than conventional panels installed on roofs.

Windows, walls and roofing materials infused with solar cells are the most common types of building-integrated photovoltaics. They’re durable, lightweight and highly efficient at turning sunlight into energy.

Greenhouses for mixed-light grows could be constructed entirely from building-integrated PV glass. Very little of the sun’s energy would go to waste inside a solar greenhouse since it would be providing free natural light and free electricity at the same time. In the long run, the availability of building-integrated PV materials could convince many growers to abandon the all-indoor model in favor of mixed light.

A solar-powered indoor cooling system developed by Arizona-based SunTrac is another innovation that can help cannabis growers save money on electricity. SunTrac panels can cut the electricity needs of a rooftop air conditioner by 30 to 40 percent, which is significant since half the electricity used by indoor facilities is spent on climate modification (heating, cooling, ventilation and dehumidification).

Another way indoor growing facilities can integrate solar energy systems is to install them as a source of backup power.

“If you lose power for a day, you could lose $1 million,” Campbell estimates in reference to the largest grow facilities. “Backup power is worth a true amount of dollars in the cannabis industry.”

Combined with battery banks for storage when the sun is not shining, a solar backup system would be cleaner, more reliable and ultimately less expensive than diesel generators.

The possibilities of combining solar technology with cannabis growing are only beginning to be explored. As the research and development advances, the potential for money- and energy-saving applications is likely to expand dramatically.

When It Comes To Cannabis, Change Is Coming, Ready Or Not

In the years ahead, the current status quo will no longer be an option for the cannabis industry. Indoor growers simply can’t be the worst agricultural emitters of climate-change pollutants on the planet and survive without consequences. If they stay dirty, rejection by the public or punitive measures adopted by governments may force them out of business. Cannabis will still be grown, but in energy-efficient greenhouses or outdoors.

The good news is that solar energy has advanced to where it can produce electricity at half the cost of coal. This has brought the price of solar installations down significantly, making them more affordable on a larger scale.

One potential roadblock to these changes is that cannabis industry entrepreneurs often have difficulty obtaining financing. Banks are concerned about running afoul of the government since cannabis remains illegal at the federal level.

Current financing packages for solar energy systems allow them to be paid off many years before they have to be replaced. But this won’t matter if financing is not available.

To overcome this obstacle, growers must seek out private investors who are willing to help them pay for solar installations. This should not be that difficult, as the cannabis industry and solar energy are both popular with the public and have proven to offer a good return on investment. Scale Microgrid Solutions has already launched an initiative to help connect private niche investors with cannabis operations looking to go solar, and if this effort proves successful, it could set a template for others to follow.

As of right now, solar energy for cannabis growers is in its infancy. But this is likely to change based on concerns over climate change as well as economic factors that favor the deployment of solar panels wherever energy needs are high.