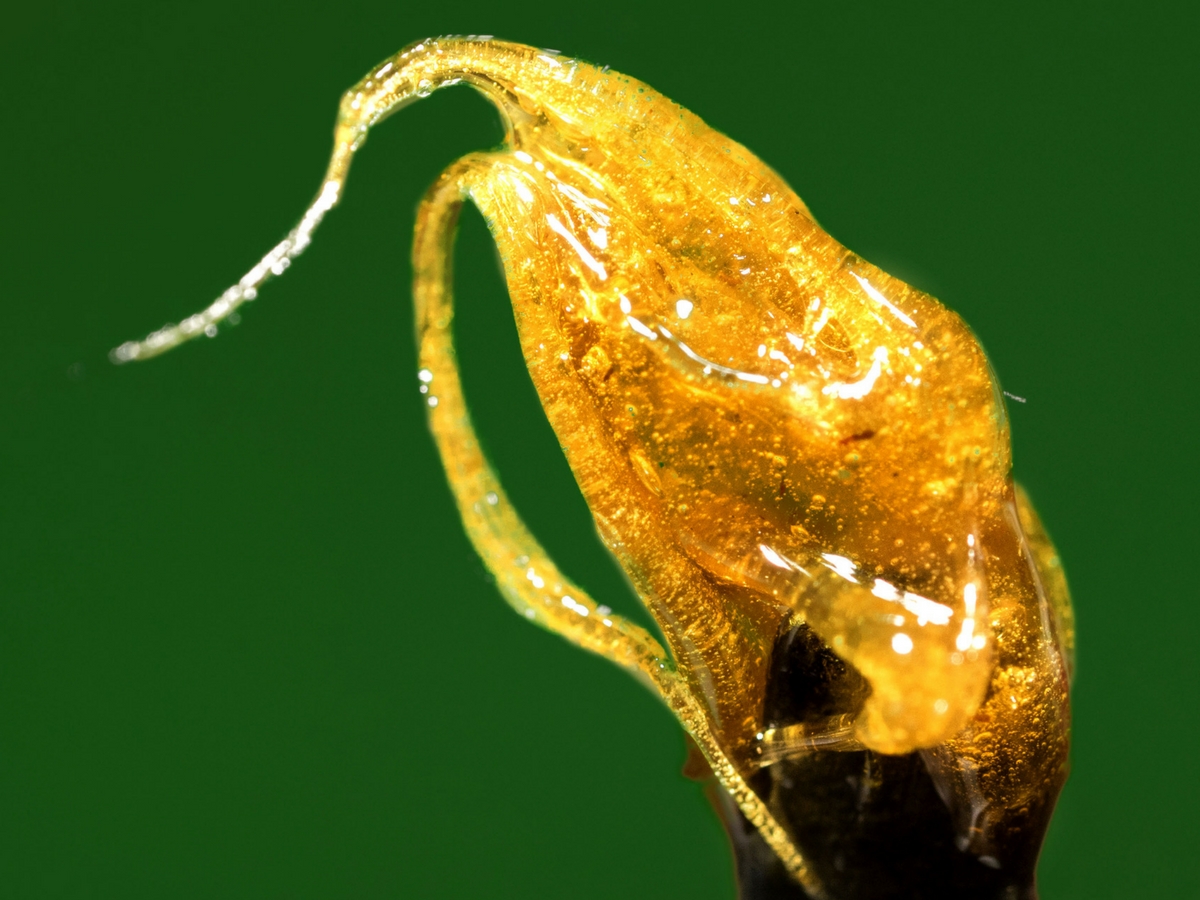 Of all the cannabis extraction techniques, rosin pressing is the simplest. And the most confusing. You just warm up bud and squeeze out the sticky, right? Easy! So why are so many budding new pressers so confused? And why, of all the ways of extracting oil, are the techniques of rosin the most variable — and debatable?

In this quick guide, we dip into the maddening, simple-as-shit art form that is rosin pressing. You get some valuable information — and also some disappointing, tough-love answers. First, let’s get that bad news out of the way.

Rosin Pressing Is Difficult And You Probably Won’t Master It

No joke. Because of differences in plant material — even from the same strain — every pressing session is different. Adjusting on the fly requires constant attention to temperature, pressing length and, possibly, screen size. Beyond all the logistics, getting a feel takes practice. Unless you have a lot of opportunity for practice (i.e., lots and lots of weed at your disposal), it’ll be tough to get “the touch.” But if you’ve got a decent press and a little patience, you can do pretty darn well by abiding by the guidelines of top pressers. Rosin artisans — despite their sometimes-conflicting schools of thought — seem to all agree on ranges of pressing parameters.

The Best Temperature For Your Platens?

Some like it a little hot, some like it a little cold, but basically, rosin is pressed in the range of 170–240° Fahrenheit. Perhaps that’s better stated as the plant likes it in those ranges. Depending on the material, you may get your best quality/yield trade-off at a low temperature or at a higher one.

High heat compromises your cannabinoids and terpenes, but it also helps fully liquefy the oils of the plant. With rosin, more so than with other extract products, we’re looking for full-spectrum, terpenes-loaded dabs. And because most terpenes begin to evaporate or degrade around 240° F, most pressers stay below those temperature points.

So, bottom line, keeping temps low is good — if the plant material agrees with that plan. Some material will require more heat to flow a good yield. Even with the same strain, different crops of flower may press better at differing temperatures. And that brings us to an important point: Not all materials are equal, nor will they react the same when pressed.

Obviously, bubble hash is going to press better and yield more than ditch weed. The more oil in the input material, the more trichrome goodness will press out. When you see the videos of a massive rosin squish (where rosin just pours out like a flood), that’s bubble hash. The playing field is not level, and that’s why many newcomers think they’re doing it wrong. If you’re pressing flower, you won’t enjoy the yield of hash; if you go through the trouble of making bubble hash, you’ll get a higher-quality product.

Beyond the quality of the input material is freshness. This is truly key, and it affects both quality, clarity and yield. If plants are more than a couple of weeks old, the terpenes have already dropped off significantly — and the cannabinoids aren’t getting any younger, either. The plant is less odiferous and might not flow as well or might not have the desired clarity. So, most pressers are dropping the platens together right at the end of a curing session or just shortly after.

Take note: Material age is the most overlooked factor in rosin pressing and the most frequent cause of frustration and head-scratching. 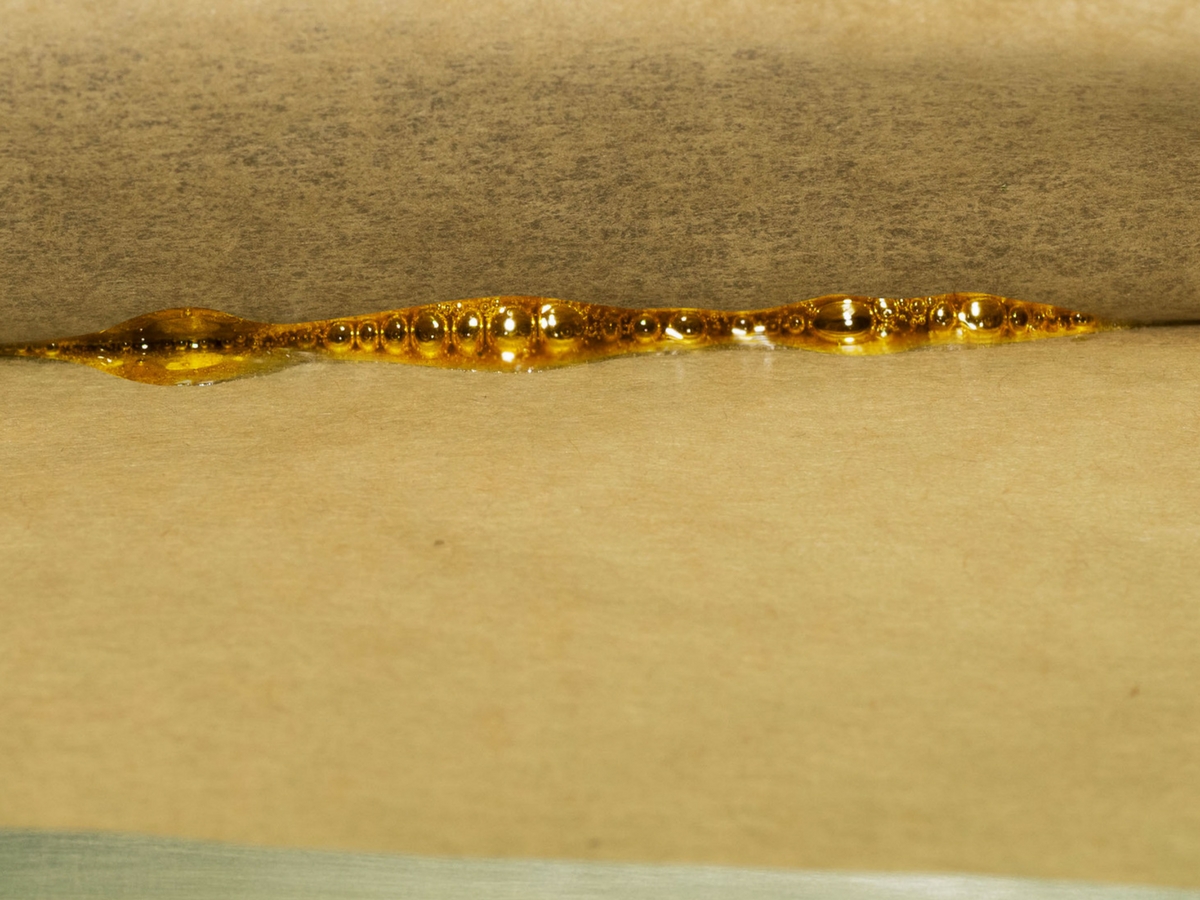 The more oil in the input material, the more trichrome goodness will press out.

What’s The Best Screen Size For Your Rosin Press?

Again, it depends. Screens are based on a) the size, or coarseness, as measured in microns, and b) the material type: nylon, silk or metal.
The consensus? Nylon screens in the micron range of 36–120 are best.

Metal screens can damage the platens of your press — even it the platens are steel themselves. Silk screens tend to break. Nylon screens have the perfect flex for pressing plant material and powders, but it’s not recommended to reuse them. Because of the 1,000+ pound press, the holes stretch, and they won’t be as accurate. If your press has had its way with your nylon bag once already, blowouts are more likely.

Plant material type will affect the micron size of rosin bag you use. If the material is kief or bubble hash, a 36-micron screen is best if for no other reason than to keep it from going everywhere when you’re loading the bag. And think about it, 70-percent THC hash will flow oil easier than trim testing at 10 percent THC. Because of that — and because you’re probably looking for some killer rosin if you’re pressing with hash — a 36-micron screen will be best. A smaller screen filters better, too. If you’re looking for excellent purity and clarity, finer filtration will help.

Alternatively, you can go for yield. A larger screen size will let oils and trichomes move through more readily. You’ll get a better uptake of extract by percentage weight, but it won’t be as pure as material put through a finer screen. For many rosin producers who are cranking volume and looking for a market-ready rosin, a 72- or 110-micron screen is prime.

Unadulterated, in-the-nude pressing will yield rosin with chunks in it (like orange hairs), and that might not make for a market-ready product. But unfiltered rosin is definitely full-spectrum, and has an earthier feel, much like smoking.

The jury’s still out on the ideal pressure for rosin pressing. Some believe a higher-pressure squeeze pulls out too much of the plant’s waxes and lipids; others say it allows better extraction yield. Regardless of your line of thinking, it’s important to note the difference between the force the press creates and the surface area.

The overall force might be 1,000 pounds, but in pounds per square inch (PSI), bag size comes into play. A smaller bag will experience more force than a large one under the same weight. If the bag were 10 square inches, that’d be 100 PSI. Know that as you experiment.

With smaller commercial presses cropping up at an increasing rate — and general interest in full-spectrum concentrates also increasing — more and more growers are getting into rosin. Will you? The bar to commercial entry is low, too. A thousand dollars for a decent press gets you cranking. While the learning curve for pressing rosin can be slippery, it’s not rocket science. Just keep practicing, keep dabbing, and you’ll get there!

Cabinet Of Cannabis Curiosities: Constructing A Low-Cost Grow Box In 10 Easy Steps
From Black Market To Stock Market: Young Investors Go All In For Cannabis