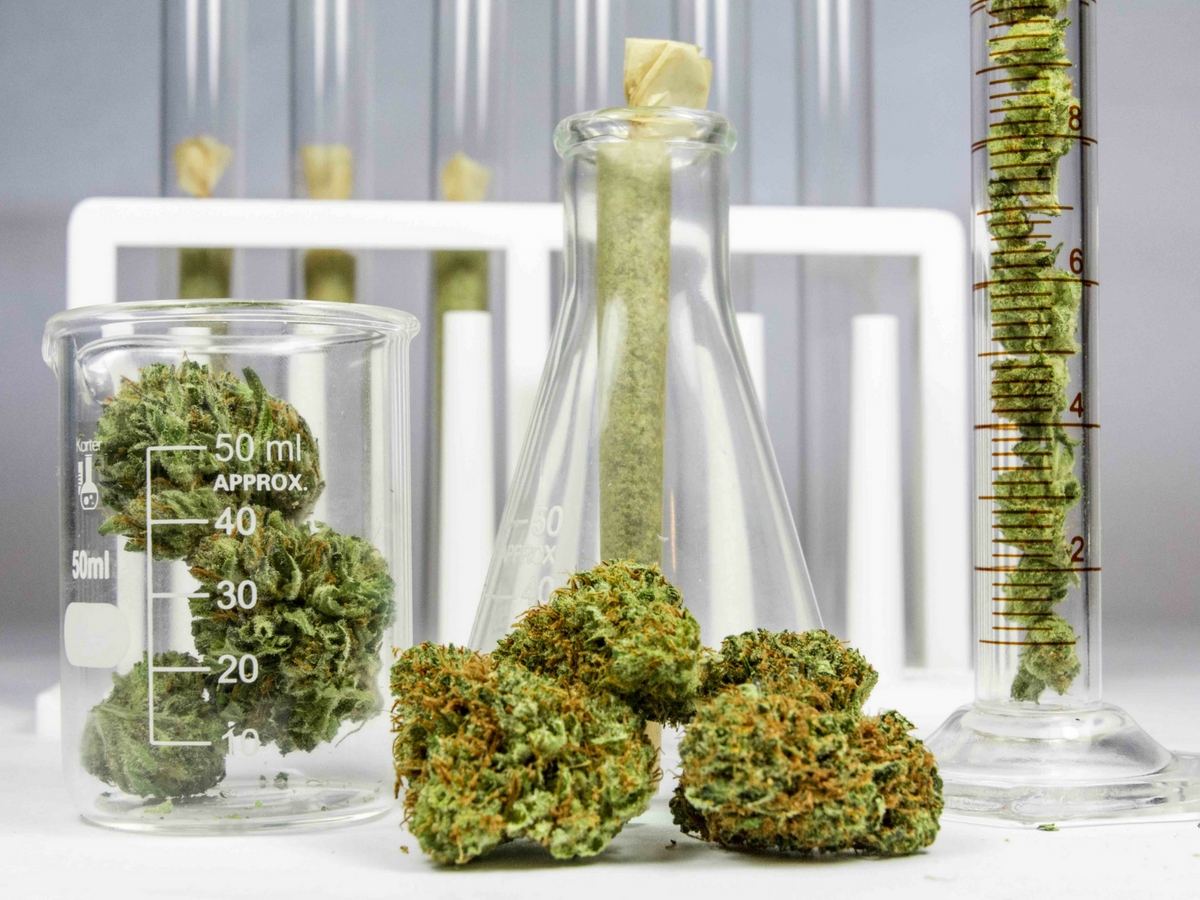 Now’s a great time to be a cannabis grower in America. We are in an era of legalization, and with prohibition almost completely behind us, American growers with decades of experience are finally getting the legal and financial backing they need with which to operate at full capacity. Indeed, this new environment of support for cannabis cultivators has led to an explosion of unique cannabis strains on the shelves — but is crossbreeding something home growers can try? Or, should it be left to the pros?

You may be surprised to learn that two directors of cultivation — and longtime growers in the cannabis field — encourage home growers to give it a try.

Not sure where to start? We got you covered.

In exclusive chats with Big Buds Magazine, the US director of cultivation for Tikun Olam and director of operations for Alternative Medicine Association offer some insights on how to get started.

Tikun Olam is well-known around the world for its cannabis research, cultivation and supply of medical marijuana. Based in Israel, you also may remember it shares the same home base as the “grandfather of marijuana research,” organic chemist and Professor Raphael Mechoulam.

US director of cultivation for Tikun Olam Bill Campbell admits crossing plants has always been a hobby of his. “I think anyone enjoying cannabis and growing should experiment with breeding. It’s a fun thing for me to do.”

However, crossbreeding isn’t for the impatient among us.

It’s not as simple as bringing together two of your favorite plants. The procedures to stabilize cannabis strains are poorly understood, even by breeders producing commercial strains. Campbell explains that stability refers to the variability and predictability found in the offspring of a parent generation. Basically, if a strain is unstable, then variability will be high and predictability low.

“Genetics is part of the backwoods [of] growing. Before businesses came in, it was created by backyard growers,” Horner explains, adding that being a pro and experimenting with genetics simply takes experience. “There are different reasons to do it and a good farmer knows how and when to select and how to cross [strains].”

Historically, the practice of cannabis growing and crossbreeding was only utilized by home growers. This was due to the outlaw of cannabis production and consumption. The entire supply chain was being forced underground and into a black market because of the Marihuana Tax Act of 1937 and the federal ruling of the plant as a Schedule I substance, alongside hard drugs the Drug Enforcement Administration deemed had “no currently accepted medical use and a high potential for abuse,” such as heroin, LSD and ecstasy.

Following basic guidelines can make you a competitor in any market. While you may be thinking crossbreeding is right up your alley, we remind you to beware. It can take years to find the right pair to cross. To get an idea of how much effort and patience it takes, Horner says he’s crossed 20 strains in the past year alone. Of those 20 attempts, he only deemed three as up to his exacting standards.

“It’s a hard deal and it was a two-year endeavor to grow, verify and find characteristics I liked in the West Coast and crossed with other plants I thought were similar.” Horner’s three successful strains are high in THC, a trait he said he was purposefully going for with the crosses.

Speaking of THC, it’s worth noting that there are more strains out there to discover than just those with the dankest, densest buds. For the past 50 years under prohibition, THC gave consumers the most bang for their buck. Now, some people are hunting for strains that have psychoactive traits bred out, while others are looking for the highest percent THC. This means ample opportunities for cannabis breeders and seed banks.

So, you get your perfect new plant — now what?

Lately, there’s been talk about the science of how genomics and chemistry can bring trust to the cannabis supply chain. Campbell advises well-established seed companies to think about having their seeds recorded. Also, test its DNA for placement on the record by using blockchain technology. The blockchain tells the world how to identify your strain by genotype and phenotype, and credits the appropriate people for their hard work.

Experts agree, in the next year or two a combination of genomics, chemical analysis and digital marketplace tools are going to turn cannabis into an industry that has more trust and transparency than any other. A few companies are currently mapping the entire genome of the cannabis plant. Chief among them is Advanced Nutrients, whose team of Ph.D. scientists is working on a library of information to share with the industry as open-source data.

Here are some of the benefits of blockchain technology:

Currently Tikun Olam is trademarking its new discoveries. Among them are the Midnight™, Avidekel™ and Alaska™ strains. Avidekel in particular is a high-CBD, “high-less” plant; Alaska offers consumers high levels of THC; and Midnight is the company’s one-to-one ratio CBD/THC strain.

Tikun Olam uses samples of the product and the genetics test to guard its intellectual property, now and in the future, by trademarking the strains and names. This shows when and who is operating in a given location with certain strains, Campbell explains. The documentation is enough to issue a cease and desist letter for others illegally using the strains. While Tikun Olam doesn’t have any patents while the plant is classed as a Schedule I substance in the US, lately the company has been focusing on the exploration of the medicinal benefits of cannabinoids cannabinol (CBN) and cannabigerol (CBG), in addition to others.

Working for an international cannabis company is a unique opportunity, and Campbell is excited by all the buzz his company is creating when it comes to cannabis research. While most cannabis companies operate in one US state and license out their brand or recipes to other licensed professionals to bring their product to other medically legal states, Tikun Olam is one of the few international companies with national US reach. Even so, operating in multiple states at once presents its own particular set of challenges; ensuring consistency of a national brand that touches the plant is rare in the cannabis industry.

Trademarks, genotype mapping and patents are all just ways to protect intellectual property. But there’s a huge controversy over the issuing of patents related to the cannabis plant.

Horner explains the problem is that there are a lot of definitions that haven’t been written on genetic testing and patenting, so it’s tricky to police it until such time as those parameters are in place. It’s difficult to determine how to classify ownership of genetics because it involves researching the lineage of cannabis plants.

“Imagine,” says Horner, “the mother and father to every plant. If you own the mother and I own the father, then who owns the offspring from the crossbreeding?”

It could be valuable if there were a 75 percent or higher match in genetics code to determine the original owner, but with so many crossing, it’s just complicated to regulate.

“One farmer on the East Coast could have the same plant as the West Coast and they wouldn’t even know it,” Horner continues. Not to worry though, that scenario is not typical.

A prime example of controversial ownership over part of the cannabis plant stems from the 2015 BioTech Institute patent for all cannabis strains with a cannabidiol content greater than 3 percent, plus a terpene profile where myrcene is not the dominant terpene. Some within the cannabis community laugh off this patent, while the Silicon Valley Business Journal warns that “BioTech’s broad cannabis patents could cover 50 percent to 70 percent of all strains on the market today.”

So, who will own the rights to certain strains and isolated cannabinoids?

The federal government, Big Pharma, and large corporations all have a lot to gain by owning the rights to the medicinal benefits of cannabis plants. Or, will marijuana strains remain in the public domain? History shows that even the rediscovery of the most natural medicines can be owned and commercialized.

With Latin America as a whole opening up to medical use and great progress going on in Canada, Germany, Spain, Colombia, Australia and Uruguay to name a few, one thing is certain: The legalization movement will only continue to pick up speed not just in the USA, but around the world.

The Tragic Case Of Johan van Laarhoven: Jailed In Thailand For Netherlands Success
The Secret Service: Sharing Your Secret Cannabis Garden With Your Children