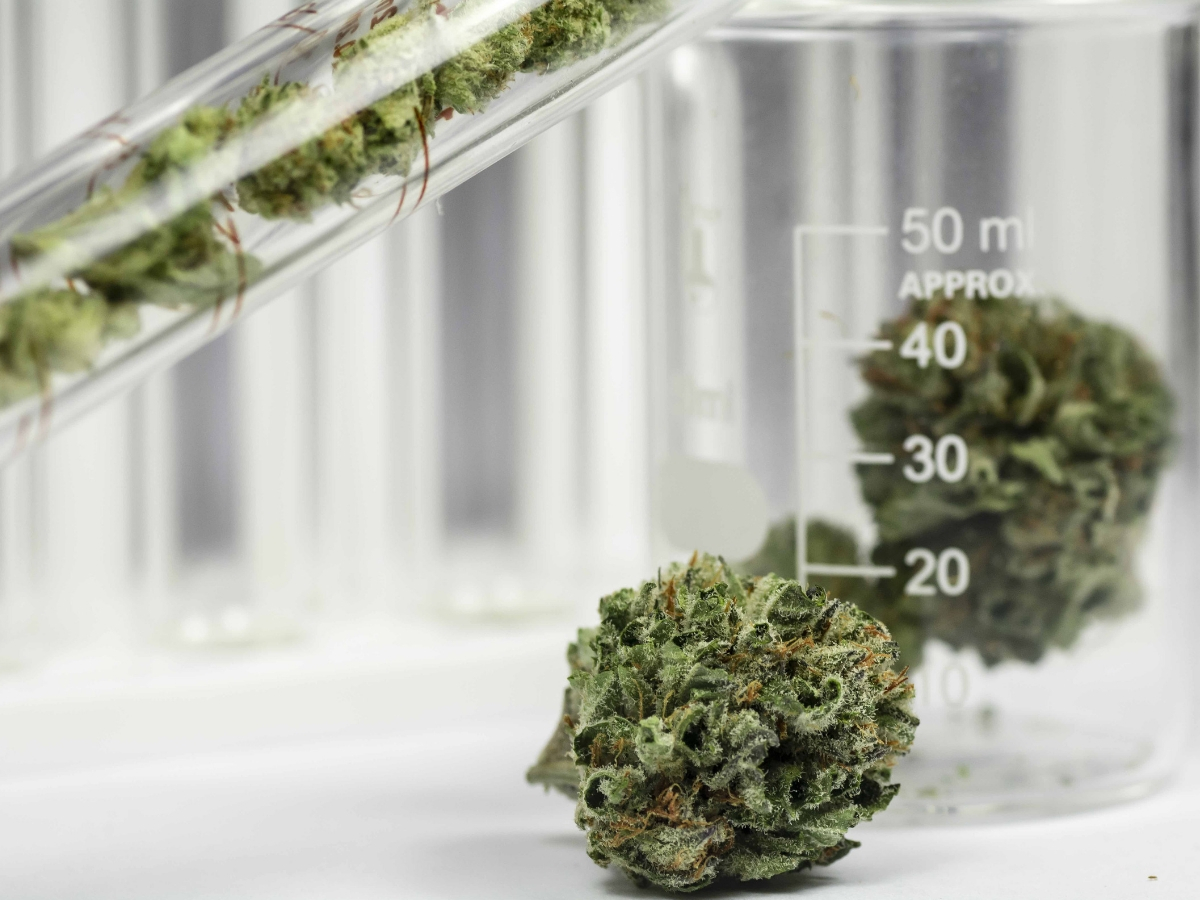 Late in the 1990s, Eric Tamarac recalls smoking a joint that he says changed everything.

“It had this taste and high that was different from all the other stuff out there,” he remembers. “You knew this was clearly a cut above the rest.”

It was a time when very few cannabis consumers gave much of a thought about the name of the strain they were purchasing. There was good smoke and there was all the rest.

Tamarac says he became a devout fan of Kush strains after that joint. “Anything I had bought before that paled by comparison,” he says. “It really set the bar very high for me and my friends.”

That was an era when certain Kush varietals were gaining popularity in California — Bubba Kush and OG Kush being the undeniable superstars of the period. It was also a time when savvy growers were starting to realize the potential selling power behind the concept of special genetics with memorable names. Call it Kush and watch it fly out the door.

It also came down to marketing high-grade marijuana like they did the latest trendy Nike sneakers. Growers were understanding the power behind captivating cannabis connoisseurs with those catchy names. Other strain brands had caught fire before, mostly from exotic locales with sexy destinations — Colombian Red, Pakalolo Gold, Thai Stick — but the rainbow of clever strain options soon to burst onto the scene after the 2000s would eclipse all others.

Today, it’s a veritable Pantone assortment of wild strain names and types, many of which claim some level of royal lineage to top-shelf genetics — and many of them taken at face value, with little to no testing.

But the burning question remains: Are all the varietals being sold today certified dank containing the specific cannabis genetics they’re claiming? Chances are pretty good that some are impostors hitching a free ride on popular strains that are moving the needle in the marketplace.

Jorge Cervantes, cannabis expert and author of The Cannabis Encyclopedia, tells Big Buds that he’s dealt with some of those pretenders in the industry. “For many years, it was the guy who made the most noise and spent the most money who had the best strains,” he says. “They would just make stuff up.”

In an unregulated or newly regulated market, such misleading claims can be rampant. Complicating the issue is the fact that the cannabis grower community has for many decades been a group that’s shared and traded clones and seeds behind closed doors, with no real way of verifying the authenticity of their plant heredity. These weren’t horticulturists in white lab coats doing chromatography tests. Rather, they were innovative and diligent heads breeding plants in makeshift grow labs, using gut instinct rather than sterile academic rigor. When someone handed them a clone called GDP, they took their word for it and moved on.

In such an unchecked, unregulated system, it’s easy for growers to take liberties with their strain names. If Zkittlez is selling well that season, why not claim some Zkittlez heritage in your strain — who will know?

Well, today, in some recreationally legal western US states at least, science will know. And many in the industry agree that growers can either be a part of the efforts toward full disclosure, or get left behind.

Phylos Bioscience, based in Portland, Oregon, is one company looking to shed some light on the murky state of affairs and seeking to bring verification to the table for breeders.

Specializing in “genetic certification for the cannabis supply chain,” its open-source product, called Phylos Galaxy, uses DNA sequence data to map the relationships between thousands of cannabis varieties. Analyzing heaps of plant samples over the past few years from willing cultivators, the Galaxy is expanding and illuminating how strains are related to one another. The company is also working toward research on specific traits targeting for pest and disease resistance, creating shorter flowering times, and stacking other desirable traits.

Still, some growers are dubious about these efforts, fearing Big Pharma is at work and wondering if such DNA analysis is a means to steal their proprietary strains.

“I’m a little concerned that a cannabis genetics company might be stowing away some tissue samples from plants for later use,” says the breeder. “That worries me that I might hand over my property claims for a strain that took me years to get right.”

It’s a reasonable fear for the average cultivator who perhaps has intimate knowledge of their cannabis plants, but probably has little understanding of how DNA sequencing of plant biology works.

Nishan Karassik, co-founder and chief innovation officer for Phylos Bioscience, says he’s heard this before from growers and sees where they’re coming from. “It makes sense because people have watched so many Jurassic Park movies, where it’s simple to take old DNA and paste it onto another living plant,” says Karassik. “I usually say, ‘Sure, we can start working on that, but we need $500 million to get started and in 10 years we might have something.’”

Karassik goes on to say that he understands why growers might initially be paranoid to hand over their goods, “because usually the most paranoid people were the best at not getting caught in the nonregulated era.” But the fact is, “you can’t revive dead tissue,” he adds, “and we require that growers send in dead stem.”

Karassik admits he’s experienced a few contentious conversations with breeders at cannabis conventions where he’s given addresses. He says he’s managed to win over many of them, with some realizing they can use the Phylos Galaxy as a tool, later submitting their own material.

“Some have found out [by using the Galaxy that] they have rare stuff and raised their prices for seeds,” says Karassik. “Everybody has access to that information.”

That might be one of the greatest characteristics of the Galaxy — that it’s an open-source instrument for anyone to use.

Cervantes agrees wholeheartedly and is a vocal proponent of Phylos and genetic testing of strains in general. “They’re pulling in information from as many sources as they can, and in doing so they’re helping everyone,” says Cervantes. “I think everybody should participate in this genome registration.”

He notes that the research shows that many of the cannabis varieties available on the market today are incredibly similar to one another, and merely called by different names.

“Just take a look at the Phylos Bioscience Galaxy to see what I mean,” he says. “True F1 hybrids bred from true breeding parents that grow up to 25 percent bigger and stronger are virtually nonexistent. Recessive genes are rampant.”

Seed breeder Danny says he doesn’t see a need to have his strains genetically tested and won’t participate.

“I’m selling great right now,” he insists. “My product is A+ and all my buyers know that. We test for pesticides and strength. I don’t see a reason to provide DNA evidence when buyers are so satisfied.”

Those looking a little further into the future might disagree. The maturing recreational cannabis industry is developing rapidly and transforming into a market that expects verification at all levels.

“The legal market is growing and will demand bona fide F1 varieties,” says Cervantes. “The seed houses that have them will triumph. The others will perish.”

Sensizym: Energizing Enzymes That Clean Your Cannabis Root Zone For Supercharged Growth And Yield
Give Your Gal Pal A Ganja-Inspired Gift For National Women’s Friendship Day