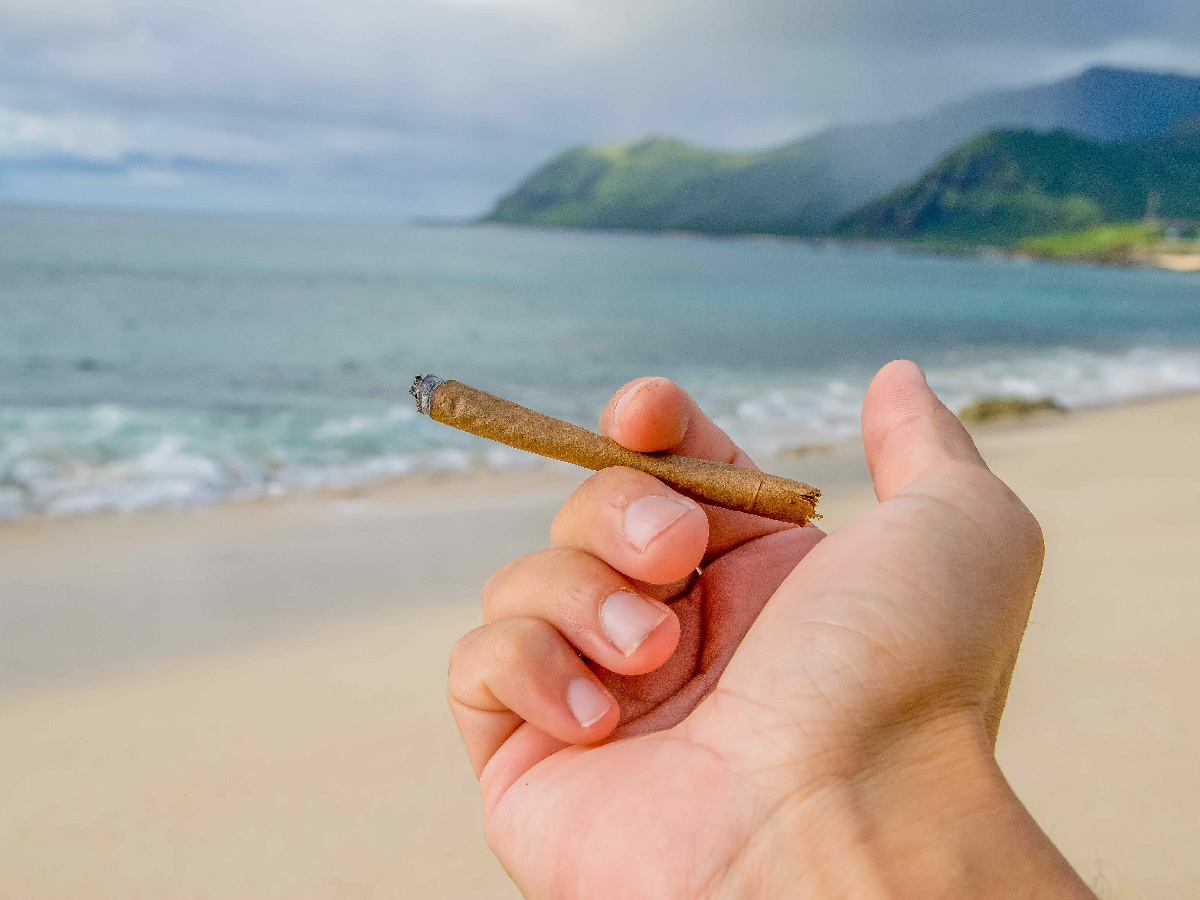 Whether it’s for business or pleasure, people who travel for cannabis still need a place to stay once they get there. Finding appropriate lodging in newly emerging legal cannabis markets is decidedly unfamiliar, unregulated territory. Though the taxation and sales of cannabis and infused products may be years old in some states, the Schedule I federal limitations surrounding the plant’s use are still stringent enough to impact residents, and deter visitors.

Each legal state is developing its own unique cannabis culture, and some hospitality businesses are riding this first wave. In the meantime, it appears states that are not yet ready for legislation are remaining quiet and watchful, perhaps looking to medicinal and recreational states to see how the cannabis tourism industry plays out before choosing to dive into this new economy.

However, many hotels, private rentals, even camping spaces that operate within legal areas are wary of addressing cannabis by name due to the preexisting and often exclusionary policies against the plant. We spoke with tour providers and cannabis-friendly properties, both in the US and overseas, to discuss the burgeoning new cannabis hospitality industry and how it’s being self-regulated.

When it comes to kush tourism in Jamaica, there has long been a culture of being smelled and not seen. Nowadays, some of those properties are electing to be more transparent about the kush-friendly part they play within the travel and hospitality industries, perhaps emboldened by the regulation that’s moving swiftly toward a legal cannabis market.

Jennifer Borgh, proprietor of Borghinvilla Wedding Venue near Discovery Bay, explains, “Many locations in Jamaica don’t advertise, but are happy to accommodate outdoor use for cannabis.”

Though there is plenty of cannabis use in the Caribbean island nation, Borgh notes that many business owners don’t want people, especially tourists, smoking within their property’s boundaries and therefore don’t advertise cannabis use at their respective locations.

Borghinvilla is a wedding venue that accommodates full-on weed-themed weddings and also nuptials in which weed might not necessarily be the theme, but is a welcomed guest nonetheless. When asked about the prevalence of marijuana vacations and special events for cannabis consumers, Borgh, who is not herself a cannabis user, elaborates, “People just want to have the freedom to have a joint on their balcony [or] patio, especially in warm climates.

“In my opinion, this is something that should have been legalized many years ago as the behavioral results are much more favorable than alcohol, which is not only legal in most places, but sold by the government or taxed by the government,” Borgh continues. “As states and [countries like] Canada legalize marijuana, then travelers will be less hesitant to use abroad or locally.”

Jamaica was one of the first nations in which visitors could feast their eyes on a ganja-growing operation, and despite the plant’s illegal status, kush-friendly tourism remains a major part of the local economy.

Borgh notes, “[Cannabis] is already an industry in Jamaica. Tourists have been coming for years to go and see the ganja fields. I think one of the biggest issues is balancing those who do smoke and those who don’t. On one hand, you want the business from everyone. However, those who don’t smoke often don’t want to smell it or be around it. Borghinvilla is primarily an outdoor location so it’s a nonissue for us. Since the couple rents out the entire property for the day, they can choose what their guests do and don’t do.”

Located near Westmoreland Parish, Orange Hill is one of the busiest and most well-known cannabis cultivation areas in Jamaica, and the town of Little Bay is right down the road. Higher Way Travel is a full-service travel agency that for several years has been connecting cannabis travelers with welcoming properties, like Coral Cove Beach Resort & Spa in Little Bay. Higher Way Travel co-founder April Price shares why cannabis-friendly properties are harder to come by and less likely to advertise their status on a traditional Google search.

“There are a number of reasons why most hotels are hesitant to allow cannabis use. The main reason is that it is still against federal law,” says Price. “Many are chains and are subject to corporate rules and protocols. They want to appeal to the general public and families and are worried about complaints from other guests regarding the smell of smoke and cannabis. They are also worried about liability, with guests smoking and posing a possible fire hazard. Many hotels have bars on property and could risk losing their liquor license by allowing cannabis consumption.” 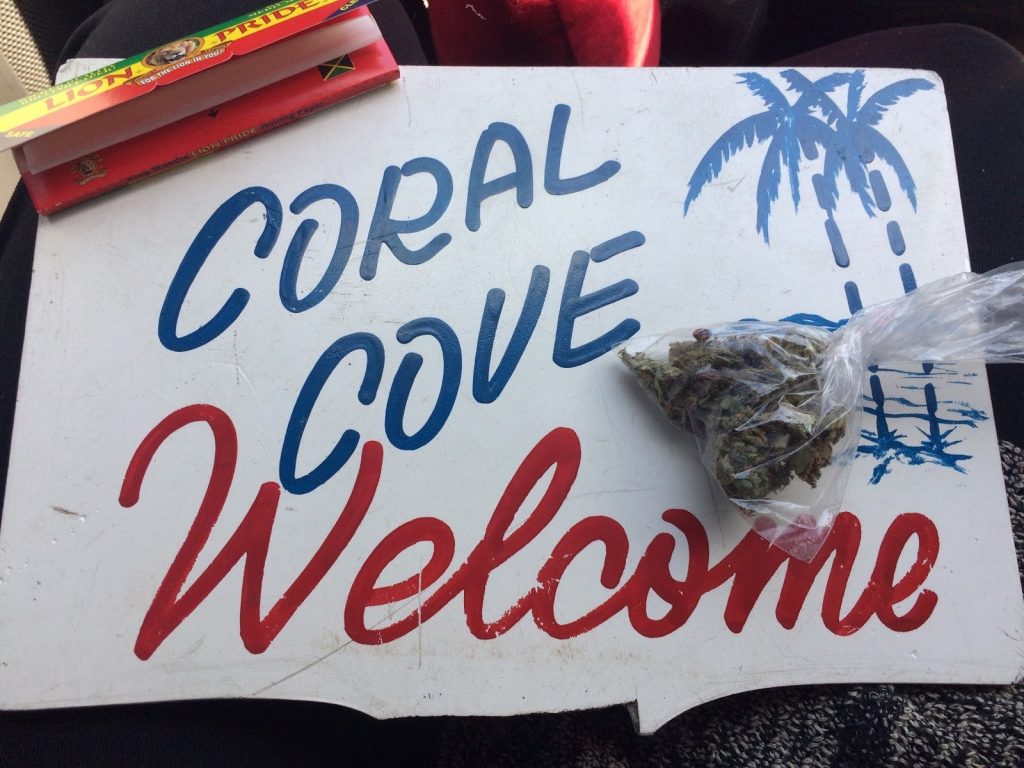 Just as delighted Dionysians flock to vineyards to stomp grapes and witness winemaking first hand, there is a viable future in cannabis cultivation tours, especially in areas of esteem. Jamaica and Northern California in particular are two areas where high-end craft cannabis is as much a part of the local economy as they were a myth- and lore-filled pre-legalization outpost populated by stoner hippies and Rastas.

We asked Higher Way Travel’s Price what this cultural intersection looks like, and she describes a rich and varied industry not unlike the model we currently know for other social lubricants like food and wine.

“I see it being taken more seriously and growing rapidly,” Price says of cannabis tourism. “I envision cannabis resorts of all kinds offering wellness packages, weddings, and all things cannabis infused. Small boutique hotels, inns and B&Bs are the ideal candidates to fill this slot. Perhaps there will even be a resort made using hemp concrete!”

Weed Winning In The American West

Hicksville Pines Chalets & Motel proprietor Morgan Higby Night has embraced California’s pro-cannabis culture. Offering insight into the first “Bud and Breakfast” in the state, Higby Night tells Big Buds Mag, “My attitude is to make a super-special hotel first. The cannabis thing is just the icing. It’s not the cake. … No matter how high guests get, it won’t make up for a shitty hotel.

“Cannabis should have been legal long ago and, of course, you should be able to smoke it,” Higby Night continues. “We think of it no different than someone bringing a six-pack of PBR. I think in five years, most hotels in states where [cannabis is] legal recreationally will just treat it like smoking cigarettes. It’s fine in designated smoking areas. In 10 years, it’ll be legal nationally because President Oprah said it should be.”

On accommodating cannabis users at both Hicksville locations in California, Higby Night says, “We have made all common areas at both properties 420 friendly and installed community vaporizers in the indoor areas so they’re not filled with smoke. We are also now 21+, with two all-ages family weeks per year when we’re not 420 friendly.”

Cannabis Tours representative Heidi Keys believes that in addition to the Golden State’s blossoming legal scene, Colorado is the hot ticket for anyone wanting the most weed-accessible vacation experience. A quick search of Colorado’s 420-friendly lodging options on Colorado Pot Guide provides not only a longer list than other states, but more plain language about what is and isn’t allowed.

Describing insights from her time spent developing kush tourism, Keys tells Big Buds Magazine, “Right now, California and Colorado seem to be the most cannabis-friendly for 420 tourists in regards to having smoke-friendly lodging, but it’s important to keep in mind that there are still pubic consumption laws in place in regards to smoking or vaping in public.

“Every state defines public and private spaces different, and therefore public consumption can be a very confusing thing, varying even from city to city. We have had the most positive response from the hospitality industry in Colorado and California thus far.”

It’s clear that our traditional recreational activities will have to make room for the nuanced laws of the growing cannabis industry as this new economy bursts open not only the health and wellness space, but our entire culture.

Keys says of the cannabis industry’s projected growth, “Alcohol sales in recreationally legal states are already down 15 percent, and all of that money plus more is going towards cannabis instead. In California alone, legal cannabis is projected to be a billion-dollar-per-year industry and millions of dollars are being generated in taxes is every legal state. Even as the industry continues to evolve, cannabis users will need places to stay and activities to participate in, so I don’t see that going away any time soon.”

Bottom line, when it comes to this emerging hospitality market, the accommodations and tourists are out there. So, whether you’re a consumer who is traveling to experience a legal cannabis space or a business operator plotting a tourism-friendly strategy for your grow op’s public face, make sure that you’re marching in rhythm with the locals and this newly emerging cannabis culture.

From Black Market To Stock Market: Young Investors Go All In For Cannabis
Cheap Trick? Yes, Please! These Easy Gardening Hacks Could Help Save Your Cannabis Grow