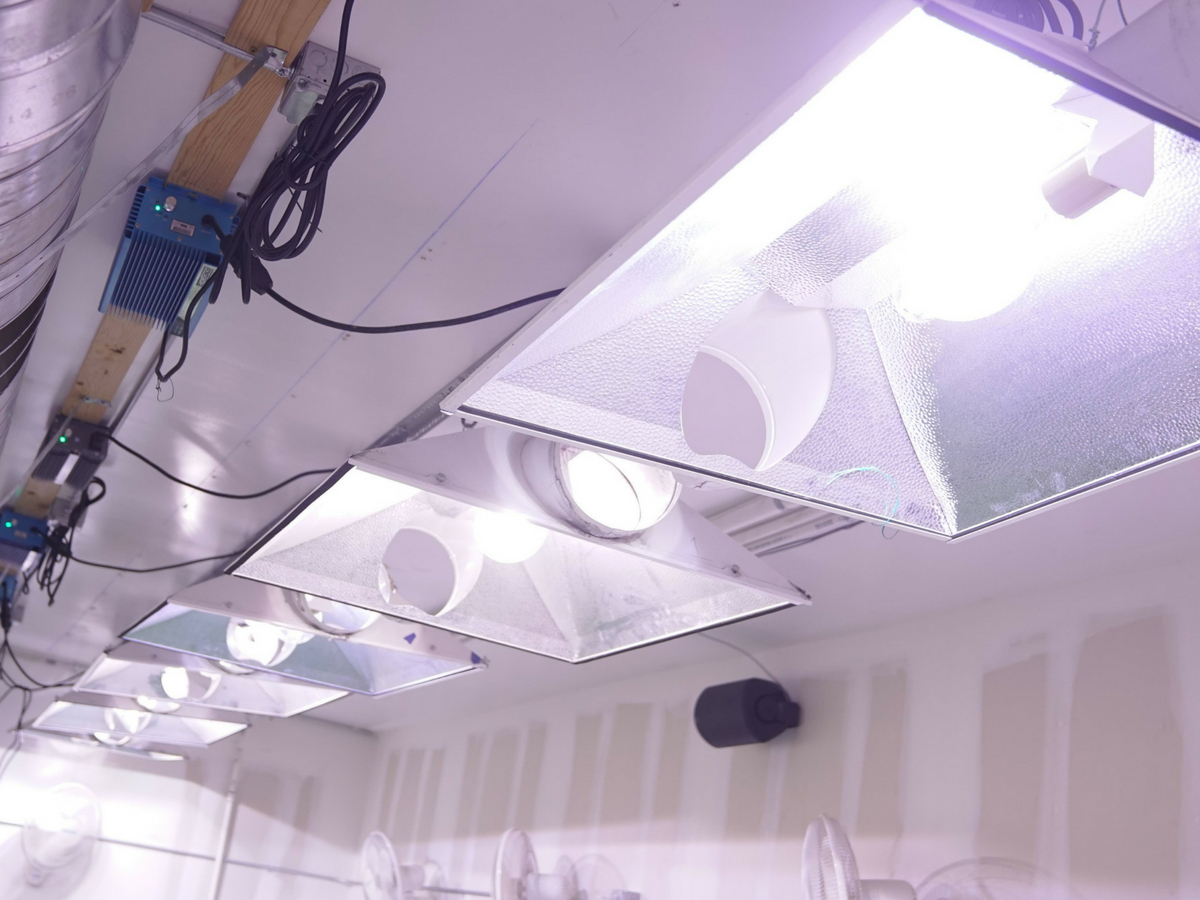 Growing cannabis in the great outdoors or in a greenhouse? Then your electricity consumption will be low compared to those who are cultivating indoors and using grow lights, air conditioning and water pumps. Many people within the cannabis community like to grow indoors because they can control the environment, while in some urban places there are likely few other choices. For those among us who decide to do an indoor grow, the more energy efficient you are, the higher your profits will be. And you’ll also be doing a service to the environment.

“If you look at the comparable cost per pound between indoor, outdoor and greenhouse [growing], there are substantial differences, because the cost of production is substantially different,” John Downs, director of business development at The Arcview Group, tells Big Buds. “You can’t downplay how much of an impact energy efficiency has and energy costs have for cannabis producers. It’s a significant factor.”

These energy-related costs can account for as much as 50 percent of what it takes financially to run an indoor grow, according to the Southwest Energy Efficiency Project. If you can get your energy costs down by 10–20 percent, you’ll undoubtedly profit more. Canada’s Green Organic Dutchman struck a deal with a local energy provider and was able to reduce its energy expenses from the average 13 cents per kilowatt to around 4 cents. That reduction in running costs has made the brand significantly more competitive in the cannabis market.

However, making deals with energy companies isn’t the only way to reduce your energy bills. The kind of lighting you use, how you monitor your crop, and how long you use lights for are all factors that can be adjusted to lower energy costs.

“What we’ve found is many growers who are using lights will first look at lowering the cost of production by using more energy efficient lights, like LEDs … and smart sensor systems, and companies that are trying to use algorithms and machine learning to make sure the lights are turned on and off at the right time,” Downs explains.

State-of-the-art grow operations are now using machine learning technology to determine the minimum amount of light needed to produce the largest yields. Smart sensor systems can measure how much light each plant is receiving to help fine-tune lighting arrangements. It’s all about getting more data and using it to your benefit — of course, after you make sure your light bulbs are as efficient as they can be.

“Companies should be looking at their data to become more energy efficient — tracking the amount of kilowatts they use, when the lights are on or off, and what the yield looks like,” Downs advises.

Timothy Hade, COO and co-founder of clean technology company Scale Microgrid Solutions, tells us he’s worried that cannabis producers aren’t more concerned with energy use. He acknowledges that while many are working to reduce their energy consumption to decrease expenses, others aren’t showing enough environmental concern, which will ultimately harm their bottom line.

“In most states, retail prices are still north of $1,200 a pound. At that price point, managing costs isn’t really a top priority for cultivators,” Hade says. “Cultivators are primarily focused on maximizing production, regardless of cost. But retail prices in all states are going to fall off a cliff as the cannabis market matures and regulations ease. Once retail prices hit $600 a pound, then energy costs start to matter a lot.”

A 2016 report from New Frontier found that marijuana is the “most energy intensive agricultural crop produced in the U.S.” A separate report from Denver’s Department of Public Health and Environment and published earlier this year by CPR News found that nearly 4 percent of Denver’s total electricity spend goes toward cannabis production. Trends seem to show these numbers are going down as growers become more energy efficient, although many complain these numbers are not going down quickly enough.

“At status quo, it is hard to overstate how terrible cannabis cultivation is for the environment,” Hade says. “Just like business owners in every other industry, I think cannabis business owners have a responsibility to ensure their organizations operate sustainably.”

Hade points out that it’s also the responsibility of marijuana consumers to demand that the people who grow their products are doing it sustainably. Look at any of the agricultural movements, from demanding food be organic to best fair trade practices, and you can see how much power consumers have. If the people buying the weed demand sustainability, Hade says, producers will be forced to toe the line.

In terms of profitability, Hade believes the cost of growing cannabis indoors could be on the rise, arguing that grow operations are becoming more automated, which means more energy use. For that reason, he believes the need to be energy efficient strictly for business purposes will be important.

“Long term, energy management is probably the single biggest driver of economic success in the cannabis market,” Hade says. “Today, energy costs represent anywhere from 25 percent to 50 percent of a cultivation facility’s total operating costs. That percentage will almost certainly go up as the cultivation process becomes increasingly automated, which is already happening.

“So, long term,” Hade concludes, “you’re probably looking at energy costs representing 50 percent to 75 percent of a cultivation facility’s total operating costs. In a competitive market, the most profitable cultivation companies will be the ones with the best energy management practices.”