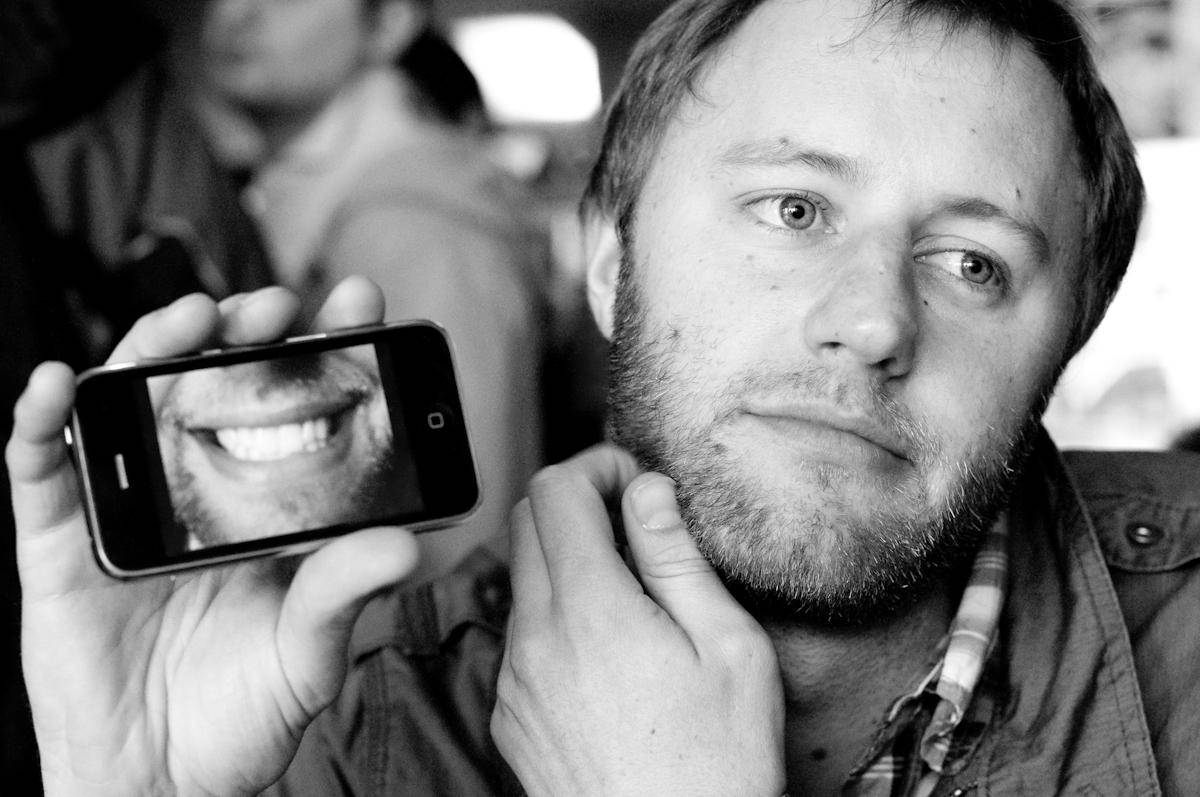 By Eva Stone | Published: June 20, 2011
Some comedians are so charming and disarming that they get away with some of the most shocking material. Rory Scovel considers comedy to be all about the element of surprise, whether he delivers the punch line as himself, as his sassy, lisping Southerner character, or as his macho Southern coach character. “I have the same reservations probably every man has in this room when it comes to sleeping with a prostitute,” he mused during one set at Comix in New York. “What if I fall in love?”

Originally from South Carolina, Scovel is both a skilled improviser and comic, so he has a spontaneous style in which he discusses drugs, politics, and life’s mysteries. A finalist in the 2006 Seattle Comedy Competition, Scovel has appeared on Late Night with Jimmy Fallon and opened for the likes of Louis C.K., Daniel Tosh, and Nick Swardson. He’s equally at home performing at improv comedy festivals as music festivals like Bumbershoot and Sasquatch.

“It’s hard to quit smoking pot. I’ll tell you why, every week they come out with another goddamn 3D movie,” Scovel said at Comix. “How about someone help me out? I’m fighting an addiction. Hampsters that fight crime in 3D? Yeah, I’m going to go to that. Yeah, I’m going to smoke pot before I go. Are you kidding me? I thought of that movie premise when I was high.”

Scovel’s first CD is coming out in September on Stand Up! Records, and he was happy to talk to Big Buds because some of his greatest times have been on marijuana. Here, the comic talks about how marijuana helped him improvise on stage with more freedom, and why he enjoys performing in front of people that are opposed to marijuana.

Big Buds Mag: Out of all the characters that you do on stage, which one would enjoy marijuana the most?
Rory Scovel: I think my Southern Coach character would enjoy it the most. His past is that he has had several DUIs and now smokes pot and does mushrooms as he doesn’t consider them to be real drugs—more like Advil. I wish other people saw it that way as well.

BBM: How does marijuana enhance your comedy or quality of life?
Scovel: I really enjoy performing in that state of mind, more so than writing in it. Both are really fun, but there is something very different about performing high. It completely diminishes (for me anyways) any inhibitions I might have on stage. I’m more confident and commit totally to whatever I’m talking about. My imagination is more active in the moment. [Marijuana has helped me] feel confident about those spontaneous ideas.

BBM: Do you still get high before your shows? How did that affect your improvisations?
Scovel: I have quit smoking pot. I only smoke every now and then and it’s usually right before going on stage if I’m doing it. So to answer this question, I’m willing to get high before shows but I’ve definitely distanced myself from it. Pot made the improvisations more fun and more scenic for myself. I kind of get lost in the idea instead of lost in the immediate doubt.

BBM: How do you prefer to consume your marijuana?
Scovel: When I was smoking regularly, I preferred a joint. It was more personal and I could take my time with it. Light it, put it out, light it again later. It was great to have two joints for shows. Just a little bit before the shows. Vaporizers are amazing, and definitely a different high. I sort of feed off the anxiety and paranoia [I feel] when I’m high on stage. Vaporizers eliminated that for me, and they’re a much better “at home” way of smoking.

BBM: Would you ever get a medical marijuana card?
Scovel: I intend to get one. I would like to be able to host guests with a variety of edibles or smokes along with beer or liquor or wine. I feel as though having that for guests is perfect. I also don’t mind eating a good cookie every now and then.

BBM: What makes for the best possible dispensary? What are some of your favorite dispensaries?
Scovel: Not sure yet. I will definitely find my favorite once I do have the pot card. I think what I really want is someone in a dispensary that is passionate about pot and the [good effects] that can come from using it. Not necessarily a pothead, but someone who can accurately explain everything about the drug to me. I’d like to know about this amazing medicine that has unleashed many creative adventures for myself.

BBM: You’ve toured all over the place. How does marijuana culture and attitudes about it differ in the different cities? I heard that you like to partake in Portland’s weed.
Scovel: Portland has very good weed, even better mushrooms. [Marijuana] is definitely looked at differently in different areas. In some places, no one looks at it as a drug or any sort of activity related to the word “criminal,” which it isn’t. It’s great to meet those people and hang out with them. Usually the shows can be more fun when the drug culture in whatever area is somewhat relaxed. It’s also fun to perform in front of people that are opposed to marijuana. They are usually getting drunk and yelling. That’s not the case all the time but that’s definitely a hypocrisy that is fun to mention to them.

Rory at the Seattle Comedy Competition:

For more on Scovel, including show dates, visit www.roryscovel.com.