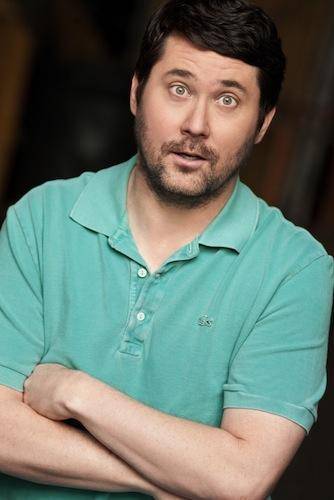 By Cassie Carpenter | Published: May 2, 2011
Arguably America’s most famous stoner comedian, Doug Benson has turned the glorious weed into a business. He was even dubbed Stoner of the Year by High Times in 2006. You can call Benson a stoner but you can’t accuse him of being a slacker.

“People say pot smokers are lazy. I disagree. I’m a multi-tasking pot smoker,” Benson joked in his 2008 documentary Super High Me. “I was walking down the street. I was putting eye drops in my eyes. I was talking on my cell phone, and I was getting hit by a car.”

Super High Me proved that, aside from gaining eight pounds, marijuana had no harmful effects on Benson after 30 days of smoking. Benson is also the man behind The Medical Marijuana Tour, in which he performed in the 13 states that have legalized marijuana. And back in 2004, Benson created the off-Broadway comedy The Marijuana-Logues alongside three other comics.

“It’s like The Vagina Monologues, except with pot instead of vagina,” Benson described in 420 Hour Stand-Up. “And people say, ‘Does that mean you’re making fun of vaginas? Do you have a problem with vaginas?’ No, we love vaginas at The Marijuana-Logues. We want vaginas in the seats, especially vaginas that smoke marijuana, which I saw once in a foreign country. It cost me $6 and a chicken and a lifetime of regret, because I can’t get that image out of my head. Plus she was bogarting that shit. I was like, ‘Come on, pass it. You’re getting it all wet.”

His Comedy Central series The Benson Interruption just ended its first season in December. And Benson, who considers Dazed and Confused one of the best marijuana movies of all time, also hosts the popular Doug Loves Movies podcast. However the comic admitted to Big Bud Mag that he likes to “watch all movies high.”

Here the comic discusses his favorite type of dispensary, apple pipes in hotels, and the time he had to flash his medical marijuana card to the authorities.

Big Bud Mag: George Carlin once said he would write 7-9 pages of comedy and the next day he’d take one hit off a joint and say, “it’s punch-up time!” He found real value in marijuana. How do you make it work for you? How does marijuana enhance your comedy or quality of life? You once said marijuana gives you a longer attention span.

Doug Benson: What? I’ve already forgotten the question. But yeah, weed does help me to concentrate. In Super High Me I did better on the SATs when I took them high. As far as my writing goes, I don’t have to be high to come up with funny jokes, but it helps.

BBM: As a comic, how do you balance marijuana jokes with other material?

BBM: How do you prefer to consume your marijuana? Bong? Joint? One-hitter? Vaporizer? Edibles? All of the above? I hear you prefer using apples on the road, since they’re biodegradable.

Benson: I like ’em all! But my basic routine is vaporizer when I’m at home, apple when I’m on the road. Because most hotel lobbies have free apples and I don’t want to fly with a pipe in my bag.

BBM: As a card-carrying medical-marijuana patient, what makes for the best possible dispensary? What are some of your favorite dispensaries?

Benson: I like a low-key dispensary that has a nice selection of strains and edibles. The one I go to is just word-of-mouth, so if you’re in L.A. and need somewhere to go, just ask me.

BBM: Have you ever had to flash your card to the police or other such authority?

Benson: Once, while smoking in a parking lot in Pleasanton, CA. They checked us out and let us go. Which might be why the place is called Pleasanton.

BBM: After the failure of Prop 19, do you still confident that California (and eventually American) voters will make marijuana legal one day?

Benson: Absolutely. It’s just being held up by old people with old beliefs. Young people, whether they smoke or not, don’t feel it should be illegal. It could happen in California in 2012. Pot the vote!

BBM: I hear that Tommy Chong is your favorite known stoner. What was it like working with him on The Marijuana-Logues?

Benson: Great guy with lots of great stories. I was proud when he joined the cast and got to sit on stage with him every night. I felt like an honorary Cheech. I’ve met Cheech too, and he was also cool.

BBM: Fun fact! Years ago, I once smoked a joint with you behind the old Largo after your show, and you were very sweet about making sure I returned to my car safely. I imagine this sort of thing occurs regularly in your life. What’s your favorite story about the kindness of strangers?

Benson: Dude offered to get me high in an airport once. That’s kind AND ballsy!

BBM: Are you on schedule with taping your next annual special on April 20, 2011? Any other upcoming appearances, shows, CDs/DVDs to mention?

Benson: I tape a new CD every year on 4/20. This year I’m doing two shows at the Punch Line in Sacramento that night. Follow me on Twitter for more—and constant—tour updates.

For more on Benson, visit:

Growing Marijuana With Subcool – An Introduction