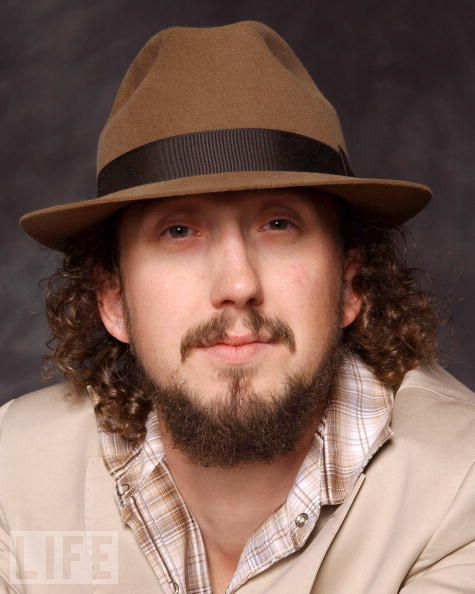 “[Marijuana] makes you thirsty, hungry, and laugh a lot. That’s the perfect comedy club drug. Two-joint minimum and then all of a sudden you’re ordering food. That’s a moneymaker,” declares the 6’5” comic. “Trust me, comedy clubs hate alcohol because it makes people belligerent. With pot, you’re going to get too stoned and either freak the fuck out or pass out. And if you freak out, you’ll probably going to be pretty subdued about it. You’ll probably just get up, get your stuff, and leave. But if you get too drunk then you’re shouting at the comics.”

Porter has appeared on The Bob & Tom Show, Comedy Central’s Live Tour, Live at Gotham, and Comedy Central Presents. The Kansas City native describes the best part of being a comic as “the complete lack of responsibility,” and when he’s not being funny for money he sings classic rock and soul covers with his band (The) BoomNoodle.

Even Porter’s debut disc, Screaming from the Cosmos, has him performing in front of a massive pot leaf. Here the comic confesses how often he performs high, why he considers marijuana a really good friend, and his tip on where to get high in Amsterdam.

Big Buds Mag: Do you currently have a medical marijuana card?
Chris Porter: Yeah I just renewed for the third time.

I only go there and they know that so they take care of me. They always give me a little discount or they’ll weigh it a little bit over. They know me when I walk through the door. They’re very nice and friendly. Some places they think they are so fucking cool—just be a nice guy. And they’re always super cool so I always go there.

BBM: How do you prefer to consume your marijuana?
Porter: I’m down for whatever but I’m always a big fan of a real nice bong rip. There’s nothing more effective. It’s like an AK-47—when you absolutely have to kill every motherfucker in the room, that’s what you do.

BBM: How does marijuana enhance your quality of life?
Porter: It’s definitely a good friend in a hotel room. When you spend 250 nights in a hotel room or someone else’s apartment, it is a good friend. Someone you can come home to and tell you to chill out. I can watch TV. I can just sit down and smoke a joint and chill out. Play games, just hang out and have fun with it. If I had to sit in a hotel room by myself sober, I’d murder someone…probably myself. Alcohol doesn’t do that for me.

BBM: How often do you get high before your shows?
Porter: It would be like 99 percent versus 1 percent. It’s just been happening for so long now. You can’t stop the train. Now it just—to use a musical term—it kind of puts me behind the beat a bit. It relaxes me. If I’m sober I have a tendency to be on top of the audience, so I don’t really wait for them.

BBM: Maybe it comes out more spontaneous then.
Porter: Well yeah probably because I am just remembering the punch line. I’ve been doing standup high for so long that it’s almost weird when I don’t do it high. Zeppelin was never sober when they walked out on stage.

BBM: Are there any getting-high-in-Amsterdam stories you’d like to share?
Porter: I would say if you ever go, go to Café 420. Their flowers aren’t the best, but as far as the hang goes it’s pretty neat. They play real rock ‘n’ roll music and they had Planet Earth playing on mute on all the LCD screens. They hand out checkerboards you can play and they have decent coffee. It’s just a really fun hang. If I ever go back, that’s where I’ll go.

BBM: How did being from the Midwest influence your comedy style?
Porter: I guess being in a large family influenced me. I grew up in the rural suburbs of Kansas City. I had friends that lived on farms. I had to drive 14 miles to get to high school every day, uphill in the snow with no shoes on. I had to drive with no shoes on just to keep the cliché. I went to Clichéville High School.

We partied in fields. We’d have bonfires and drink warm beer. But that was awesome! You could not get caught. You could literally make as much noise as you wanted to and there was no one there to hear you. And there’s that simplicity, I guess. If you listen to my comedy, I break it down. I’m just trying to be pretty simple about it.

BBM: What would you be doing if you weren’t a comic?
Porter: I don’t know, sell pot? I’d probably have some day job and have kids or whatever. I started so early that’s there’s no telling. I know I hated college. I’d probably be dead. I would’ve offed myself by now. I don’t know. I went through a tough time that comedy kind of helped me get out of.

BBM: What’s next for you?
Porter: I try to do a podcast once a week but my schedule doesn’t often allow that. It’s on the front page of my website. It’s called Chris Porter’s General Store and you can download them on iTunes. I’m getting ready to be on Tommy Chong’s Friends and 420 Special this Saturday. [This] week I’m at Hilarity’s in Cleveland, then the Playboy Club at the Palms in Vegas, then Gold Country Casino, and then Crackers in Indianapolis.

For more on Porter, visit: