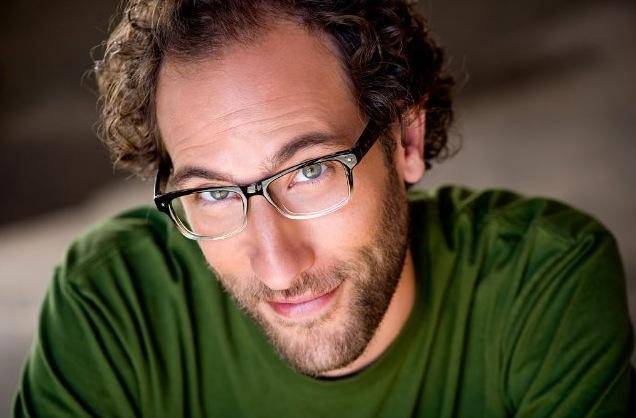 By Eva Stone | Published: May 22, 2011
If there’s one reason standup comedian and actor Ari Shaffir loves dispensaries—aside from the delicious Medical Marijuana—it’s the incredible sense of community he feels while interacting with the other patients.

“I like the people you meet at dispensaries, and how it brings people together. It’s the only time I’ll talk to Black people is in dispensaries,” jokes Shaffir. “You somehow unite about pot. I’ve met some really cool people smoking pot. I met a few girlfriends that way.”

Chances are you’ve probably already seen Shaffir in one of the dozens of national commercials he’s appeared in for Subway, Dodge, IBM, Coke Zero, Bud Light, Dominoes, and CareerBuilder.com.

Originally from Maryland, Shaffir had a very conservative Orthodox Jewish upbringing in which he studied the Torah for 10-12 hours a day during high school. Needless to say, he rebelled and now headlines shows all over the country, frequently touring with fellow pot enthusiast Joe Rogan.

His satirical shorts “The Amazing Racist” for National Lampoon got millions of hits online and, on June 14th, Shaffir will revisit the controversial character in the ShamWow guy’s directorial debut “Underground Comedy” starring Adrien Brody, Michelle Rodriguez, and Lindsay Lohan.

Shaffir also appeared on TBS’s “Minding the Store,” ESPN “Classic’s Cheap Seats,” and the HBO comedy series “Down and Dirty” with Jim Norton. Now in his third year as a proud medical marijuana cardholder, Shaffir has a whole lot to say when it comes to the blessed herb and his favorite places to get it.

Big Buds Mag: Do you ever get high before your shows?

Ari Shaffir: Yeah most times, for most shows, probably 80 percent.

BBM: How does it inform your comedy?

Shaffir: I’ve been thinking it probably makes it a little worst (laughing). If there’s a showcase where I have to be on the ball and do specific jokes then I’ll probably get high like a couple hours before instead of like 20 minutes before. [Pot] makes you sort of think outside and my bits evolve a little bit.

BBM: What makes for the best possible dispensary? What are some of your favorite dispensaries?

Shaffir: You want selection, safety, and a certain feel in there. Sometimes they allow one person at a time and that’s kind of annoying because then you have to wait. Then sometimes they’ll have too many people in there and it’s packed and you can’t move.

Some of the places just seem kind of janky. They don’t give you the same feel. You want it nice, relaxed—and price is a big deal. The Farmacy on Santa Monica is super-over-expensive. Everybody loves it, but it’s horrible. It’s so expensive. It’s not the greatest weed. It’s fine. It’s not bad.

Kush Mart is one of the best ones. I like Zen a lot on Santa Monica and La Cienega. Zen has the Jolly Ranchers, which are unbelievable. One Jolly Rancher is plenty for even the serious potheads. A lot of dispensary edibles are almost novelty items. You have to really ask, “What is this going to do to me?” Tell them how much of a smoker you are, figure out your dosage, and they’ll help you do it. It’s kind of an amazing city to live in. You can have anything.

BBM: Do you still go to Secret Garden Cannameds? You blogged about it once.

Shaffir: Oh that place closed. It was one of those illegal ones. I think a lot of places just open with no permits whatsoever and they’re like, “Fuck it, we’ll make like 30 grand in a week and then they’ll shut us down.”

BBM: You uploaded a video on YouTube called “Marijuanafornia” about the sheer amount of dispensaries are in L.A.

Shaffir: That was on Melrose. It’s not even like that was a famous block for having too many. It was just we were eating across the street and we saw there were two on one block. So we decided to film it. It took 30 seconds to walk from one to the other. It’s great.

My friends come from out of town and they’re like, “Explain this to me.” I say, “Anywhere there’s a green cross is a pot shop.” L.A. is so great. Wherever you are in Hollywood or West Hollywood there’s a dispensary within walking distance. Everything’s pretty nice here.

BBM: Have you ever had to flash your medical marijuana card to the police or other such authority?

No. My friend Eddie had to do it. He was in handcuffs and he told the police he had a pot license. He was one of the first guys to get it. This was like five years ago and he’s parked on the sidewalk in front of his gym and the cops came out and said, “What are you doing?” They smelled weed on him and then they found some and they started arresting him and he said, “I have a license,” and they said, “Bullshit.” He said, “It’s in my car. It’s on the front seat.” And they had him in handcuffs and they checked the front seat. Then they let him out of the handcuffs. I keep [my card] on me at all times. I have one on me, I have one in my car, and one in my home.

For upcoming shows and more on Shaffir, visit www.arithegreat.com and http://twitter.com/ARISHAFFIR