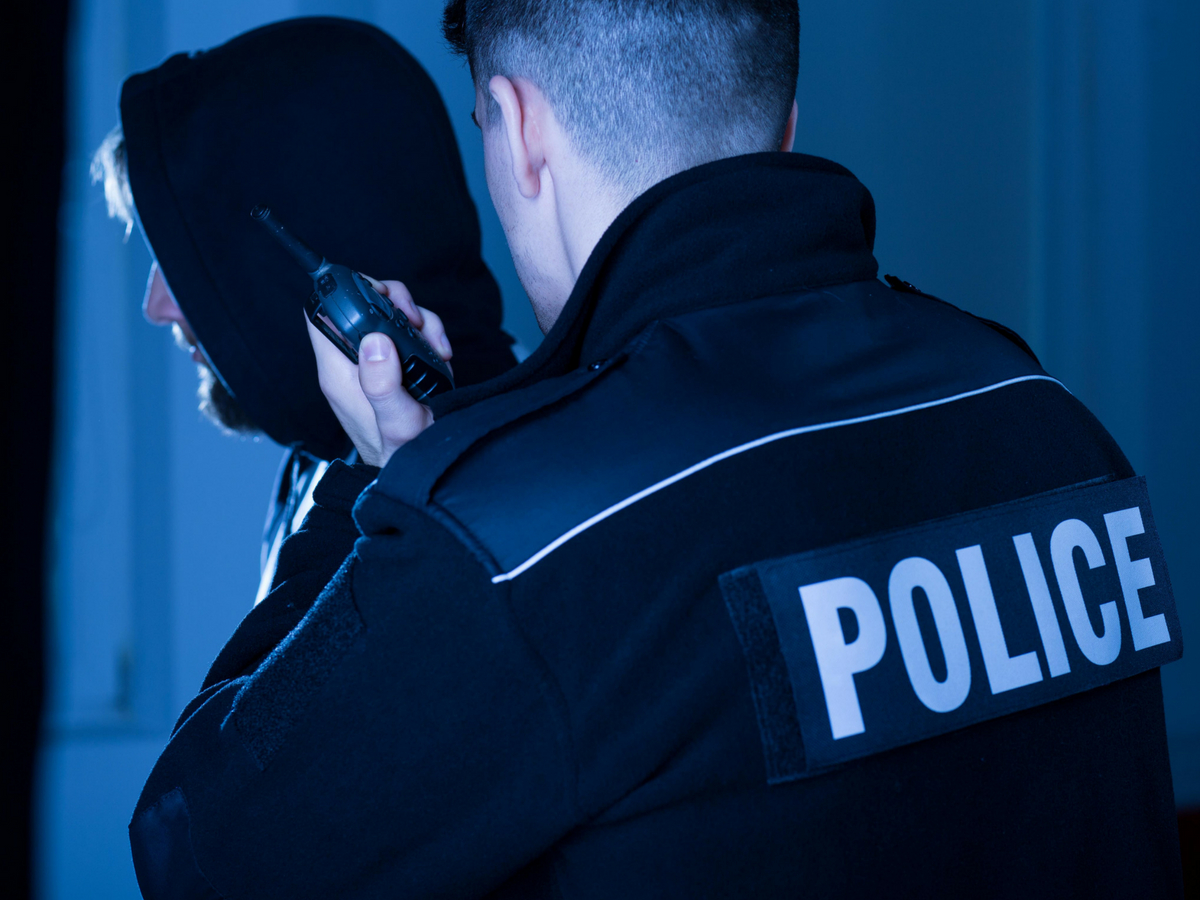 It pains me to admit that within the cannabis industry, I’ve seen people do many terrible things to one another.

Until the arrival of statewide and nationwide legalization, such as that of California and Canada, our industry was an unregulated anarchist black market, attracting a high percentage of reckless people who don’t play by any rules — except for the rules that benefit them. That doesn’t work well when you’re constantly breaking the law and need to have absolute trust in anyone doing business with you. That’s how people got hurt.

As a cannabis grower and seller, my ethics have always echoed the sentiments of Bob Dylan, who sings in “Absolutely Sweet Marie”: “To live outside the law, you must be honest.”

On the other hand…

I was standing next to a hulking motorcycle gang member. Nearby, police were guarding the location where a rival gang member had been gunned down while trying to break into a grow house.

The tatted Harley hulk said to me, “There’s no honor among thieves. He got what he deserved.”

Now that there’s a burgeoning mainstream, semi-corporate, legalized cannabis industry, all of us — black market, gray market, licensed growers, sellers and consumers alike — stand to benefit from a formal code of ethics (call it an honor code) to ensure our industry and its customers are safe from internal malfeasance and external persecution.

This honor code should work to raise ethical standards within the cannabis community. The first precept in this honor code is applicable to everyone involved, but is perhaps most applicable to black-market growers, sellers and consumers. It’s something like what the police call “the blue wall of silence,” or the Mafia’s omertà, or code of silence.

This honor code precept should be that, no matter what happens during a cannabis-related police encounter, never snitch or turn informant. Remain silent and speak to a police officer only with your attorney present to advise you.

You Have The Obligation And The Right To Remain Silent

When first you entertain the thought of a cannabis honor code, you might think it unnecessary to even state it. After all, most people claim they hate snitches and would never think of becoming one.

However, some people who claim they hate snitches can be tempted to become one if they get busted and threatened with incarceration.

If you’ve never had police swoop down on you for a cannabis crime, you might be unaware that many arrestees similar to yourself are often pressured by police to turn informant.

The police can handcuff you and insist you’re not going anywhere until you tell them who you sell your weed to, who you buy it from, or force you to confess to other “drug crimes.”

It doesn’t matter if you committed any crime or not. The police operate by rolling one person up, force that person into implicating others, and take down as many offenders as possible as easily as possible.

Arresting officers are required to advise a criminal suspect of their Miranda rights when they are taken into custody or prior to interrogation. This warning includes the following statement:

However, without a Miranda warning being stated to the arrestee by the arresting officer, anything this person says in response to police questioning cannot be used as evidence at trial.

Knowing Your Rights In The Face Of Police Intimidation

Law enforcement often make promises and threats to induce a person to give up their right to remain silent and to have an attorney present. In my personal experience dealing with police, here are things I’ve either been told directly when they attempted to bust me, or have verified that police said to other cannabis arrestees:

And if you get busted when you’re high, especially if you’re a younger person who has never been exposed to the brutality of police tactics, these promises and threats can be overwhelming and terrifying. Some people cave to the pressure, only to regret it later.

Along with using verbal and nonverbal threats to get you to give up your right to remain silent during questioning, police frequently make direct threats and use what’s known as enhanced interrogation techniques.

They know that many cannabis defendants may not have the financial resources to hire an attorney to competently challenge the police version of an arrest, especially in appeals courts. It often comes down to a jury or judge weighing up who is more credible. Absent of recordings of the arrest and interrogation, judges and juries tend to side with police officers.

Indeed, my fellow cannabis defendants and I have personally experienced:

The Sad Case Of Rachel Hoffman

If the police can’t crack you immediately using intimidation or abuse tactics, they might demand that you become a street informant or a jailhouse snitch. They might ask you to wear a wireless recording and monitoring device while you attempt to participate in drug deals or lead them to so-called drug houses.

The sad thing is, when you’re selling weed, hiring a new trim crew, or talking to a grower you just met at a cannabis trade show, you might be dealing with a wired informant who’s working for the cops.

For their efforts, the snitch can get a nark fee, reduced charges, or lenient sentencing in exchange for fooling you and helping in a bust.

One thing to always remember: Police and prosecutors don’t care about your wellbeing. They just want you to help them increase their arrest and conviction stats. You and others within the cannabis community — whether growers, sellers or consumers — are just a means to an end.

My dismal view of police officers is bolstered by the sad case of Rachel Hoffman, a 23-year-old Florida State University student who, in 2007, was busted for possession of 25g of weed during a traffic stop in Tallahassee.

In 2008, while under court-ordered supervision for the arrest, police searched her home and uncovered four ecstasy pills and just over five ounces of weed.

Facing a prison sentence if convicted, Hoffman caved to pressure by police to become an informant in a drug sting operation in exchange for not facing additional charges for drug-related offences.

Hoffman reluctantly agreed to take part in the sting.

With no training to work undercover and inadequate police backup, Hoffman was sent to buy a large quantity of ecstasy, cocaine and two handguns from two men she had never met before.

When the criminals found a wire in her purse, they executed her.

Police officials defended the officers who pressured Hoffman to become an informant. Hoffman’s parents sued the city of Tallahassee for wrongful death, claiming the police were negligent for forcing their daughter to turn informant as part of such a dangerous sting. They eventually receiving $2.6 million in damages for their daughter’s untimely death, while Hoffman’s murderers were sentenced to life in prison.

In 2009, Florida legislators passed Rachel’s Law, which provides protections for informants and guidelines to prevent police from so easily pressuring people into becoming snitches.

Cannabis Legalization And The Police

Many people believe that recreational or medical marijuana legalization in their state has given them a Get Out of Jail Free card and they can let their guard down when they interact with police about cannabis.

People who are registered, state-certified business members of the legal cannabis industry have a special set of circumstances to deal with when they come into contact with law enforcement or government agents. They need customized legal advice about the founding and operation of their cannabis business so that they remain compliant with state law, and know what to do if ever questioned by law enforcement.

The complicating factor for the legal cannabis industry is that marijuana is still illegal federally and heavily regulated, even in legal states. For years police officers have been trained to detect and bust cannabis consumers, growers and sellers. Nor do they always understand legalization regulations.

I’m not an attorney. Anyone involved in growing, producing, selling or consuming cannabis, whether in a legal or prohibition state, should talk to a local attorney who is familiar with cannabis legislation to get advice on what to do if you come into contact with police due to your involvement with cannabis.

Attorneys I’ve spoken to in legalized and non-legalized states say that, regardless of whether you have a medical marijuana card or believe you’re in compliance with state laws, you must never give up your right to remain silent and should only speak to police with your attorney present.

If you’re a driver who a police officer pulls over for speeding or for a routine traffic stop:

If a person properly exercises their constitutional rights and is arrested anyway, the silent person is safer than the person who waives their rights, because the silent, non-cooperating person refuses to consent to a search and says nothing incriminating. Refusal to give up your rights provides a plausible foundation for dismissing evidence or charges, or for a not-guilty verdict if the case goes to trial.

When a person voluntarily says they have a medical marijuana card, or otherwise indicates any knowledge of marijuana to a police officer, they’ve already incriminated themselves and given police and prosecutors a significant advantage.

The smartest strategy when police confront you about cannabis, even in legal states, is to say nothing and demand an attorney be present. If you’re arrested and you indeed are legally possessing, selling or growing cannabis, that fact will come out quickly in the initial arraignment or early court appearances, and charges will likely be dismissed. You may even be able to sue the government for wrongful arrest and other damages.

But if you allow police to pressure you into saying anything at all, it can and will be used against you in a court of law.

Consider a situation in which a police officer asks if you’ve been consuming cannabis in your vehicle or if you’re under the influence of cannabis, and you say no.

How could just saying no be used against you? It seems like a safe answer, especially if you have no cannabis in your vehicle and you aren’t stoned.

However, if the officer performs a cannabis DUI test on you and the result shows significant levels of cannabis metabolites in your blood, you could be charged with DUI and also with lying to the officer about being under the influence. Of course, it helps if you do everything possible to avoid being pulled over by police.

I also want to point out that cooperating with police by snitching on another member of our cannabis community is bad karma. I understand fear and self-interest, but if you nark on somebody else in an attempt to save yourself, it will likely haunt you for the rest of your life.

So, no matter what happens in a cannabis-related police situation, don’t nark, snitch, or become an informant. Speak to a police officer only with your attorney present to give you advice. And never give up your right to remain silent.

Why Being Pro-Pot Could Help Congressional Candidates In Battleground States
Battle Of The Attorneys General: Here’s What The Cole Memo Creator Really Thinks of Sessions