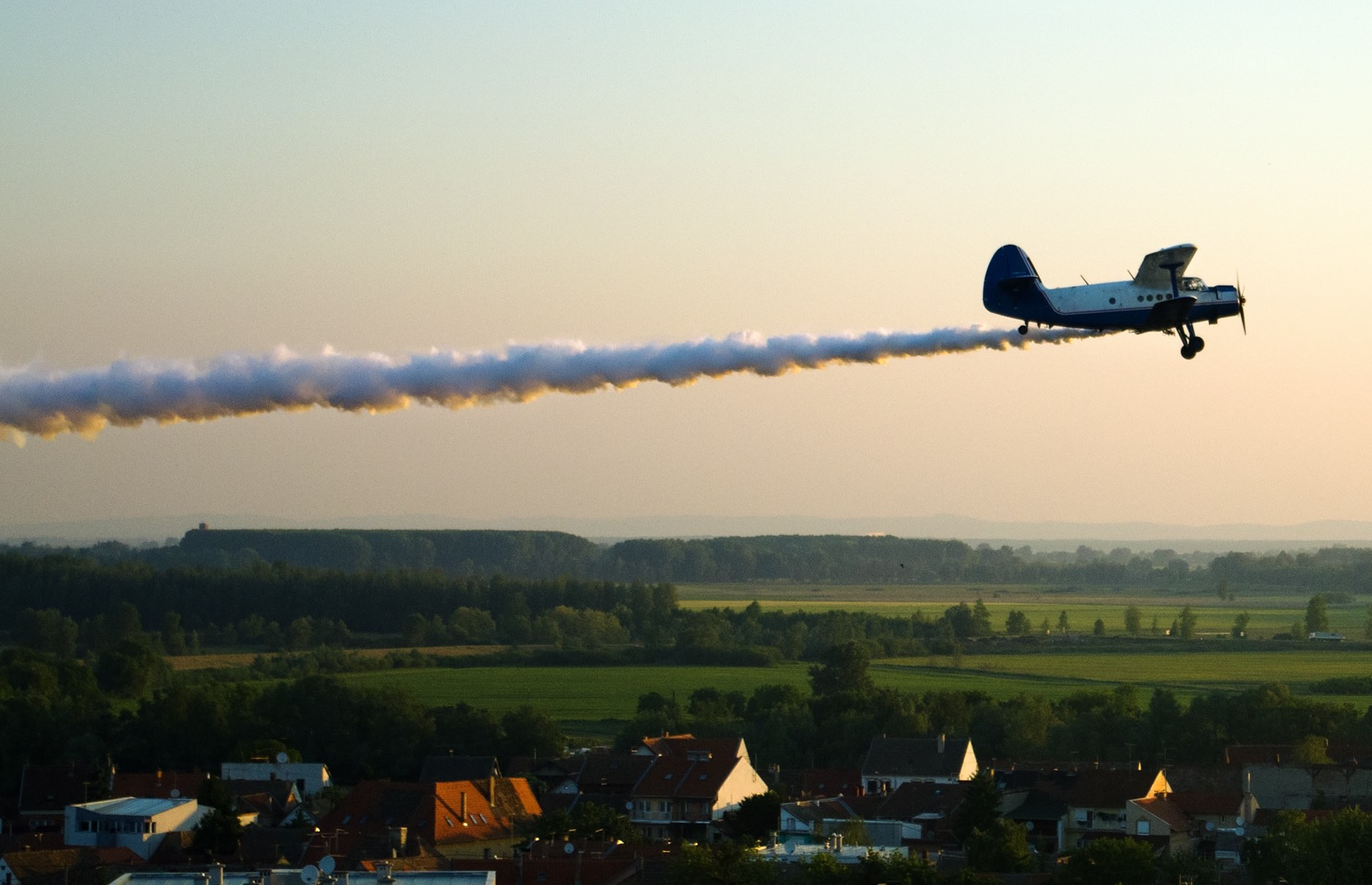 In our previous article about the unwritten cannabis code of ethics, we discussed why you should never cooperate with police in any cannabis-related investigation, only speak to police with your attorney present, and why you should absolutely refuse to become a snitch or nark.

So, let’s now shift focus to a set of moral principles for cannabis growers, processors, concentrates manufacturers and weed retailers. Having a code of ethics specific to these types of workers will help ensure a safe supply of the highest-quality products, giving consumers the confidence that we have their best interests at heart.

When It Comes To Cannabis, It’s Safety First

This ethical precept is a simple one:

Refuse to use any poisons or toxic substances in a way that could transfer to cannabis plants or products derived from them.

It seems like common sense, but a worryingly high percentage of growers and people within the cannabis community don’t abide by this rule.

These people use fungicides and miticides like Avid and Eagle 20 on their plants and in their grow rooms, even during bloom phase when the poisons are sure to stay on buds and create a danger for consumers.

As a grower myself, I understand the panic that comes when you see your plants attacked by the likes of spider mites, thrips, whiteflies, fungus gnats, gray mold and powdery mildew. But when it comes to garden pests, the cure is often worse the disease; using poisons to stop these threats is worse than the threats themselves.

In large-scale licensed, commercial grow ops, facilities managers sometimes feel they must use poisons and caustic chemicals to comply with hygiene regulations. Growers sometimes use paclobutrazol (paclo), an alleged bud hardener and bloom-phase-stretch stopper suspected of causing serious harm to cannabis consumers. Paclo is illegal in many countries, including most European nations, because scientists agree it’s a likely carcinogen. General Hydroponics manufactures a black-label paclo product called Bush Load. Other hydroponics companies have also had paclo products on the market.

However, cannabis cultivators have a professional and civic duty to find safe cleaning and sterilizing materials and methods, and those safer methods and materials are indeed available.

Cannabis concentrate manufacturers, especially those using butane solvent to extract compounds, sometimes leave toxins in their end products. But using toxic, dangerous materials and methods in growing and processing harms not only consumers, but also growers and processors themselves. Fatalities and severe burns from butane cannabis extraction lab explosions are among the risks of unsafe manufacturing processes that can be avoided through occupational health and safety practices.

The Dangers Of Imported Cannabis

Even though most of us grow and process our own crops, some people in our industry still import and sell marijuana that’s sourced from overseas — which only helps the cold-blooded drug cartels that plague the likes of Mexico, Cuba and China to prosper.

Plus, if cannabis is shipped in from outside the US, you never know if it’s been tainted with harmful contaminants.

The United States government has a long history of drug war poisoning of plants and people. Beginning during the presidency of Jimmy Carter in 1977 and continuing during the Reagan administration in the 1980s, the Drug Enforcement Administration sprayed the poisonous plant killers paraquat and glyphosate on tens of thousands of harvest-ready outdoor cannabis grown in Mexico and the US.

Poisoned buds were then unwittingly imported from Mexico into the US, and toxic domestic buds were widely sold and consumed.

The paraquat spraying scandal ultimately turned into a disaster during the Carter administration, with the president initially seeking to decriminalize cannabis.

“We can, and should, continue to discourage the use of marijuana, but this can be done without defining the smoker as a criminal.” he said while addressing Congress in 1977.

When Carter was harshly criticized for poisoning US cannabis consumers, he abandoned his plans for federal decriminalization.

In Mexico and Colombia, government agencies have for decades conducted aerial spraying of glyphosate (a.k.a., Roundup), which was provided to them under the direction of the DEA by Monsanto and Scotts Miracle-Gro. For at least two decades, the Colombian government, acting at the behest of US officials, indiscriminately sprayed glyphosate from the air over millions of acres of coca, poppy and cannabis plants.

Colombia suspended use of glyphosate in 2015 after the World Health Organization declared it to be a carcinogen. Environmentalists and public health activists likened this program to America’s use of the deadly Agent Orange defoliant during the Vietnam War, which caused a generation of birth defects and also sickened US soldiers, while destroying millions of acres of ecosystems and native animal species.

Herbicide-spraying subcontractors like DynCorp International have been sued by residents of Ecuador, who say glyphosate sprayed in neighboring Colombia is harming them, their lands, their legal crops and their animals.

After Colombia suspended spraying in 2015, the US government threatened sanctions on the South American nation. These threats have intensified due to the hardline stance of the Trump administration, which is pushing for Colombia to resume glyphosate aerial spraying, following the recent election of Trump-friendly President Iván Duque.

In a classic case of nominative determinism, William Brownfield, the former US ambassador to Colombia and the top counter-narcotics official in Trump’s Department of State, told a congressional hearing that spraying glyphosate on activists is the best way to stop them from protesting the American-sponsored war on drugs.

People blocking highways “was not a problem when they were doing aerial eradication,” Brownfield said of Colombian protesters, before adding ominously, “You cannot protest from the ground an airplane that is flying over a coca field and killing the coca from the air.”

Scotts Miracle-Gro is the worldwide licensee selling Monsanto glyphosate to the DEA, which is why many within the cannabis community ethically refuse to use Scotts Miracle-Gro products, including products from Hawthorne Gardening, General Hydroponics, Botanicare and Sunlight Supply.

Scientists have frequently warned that consuming weed tainted with chemicals could poison consumers. American officials have countered by continuing to push the drug war poison-spraying agenda.

Tainted cannabis products are a worldwide concern. When I visited ganja fields in Jamaica, I saw growers using raw human and animal excrement as fertilizer. Some of that fecal matter got onto the buds, which could undoubtedly create health problems for consumers.

In Amsterdam, some cannabis coffee shops have voiced concern about selling Moroccan and Indian hashish because it could be tainted with rubber particles, dust, insecticide, petroleum, guar gum and tar.

Ultimately, unsafe weed and cannabis concentrates damage consumers and the reputation of our industry, which could lead to stricter regulations and a potential reversal of legalization in the US. Which is why it’s important to refuse to use any harmful substances in a way that transfers to cannabis plants or products derived from cannabis, and to not sell cannabis imported from countries with no compliance in place. 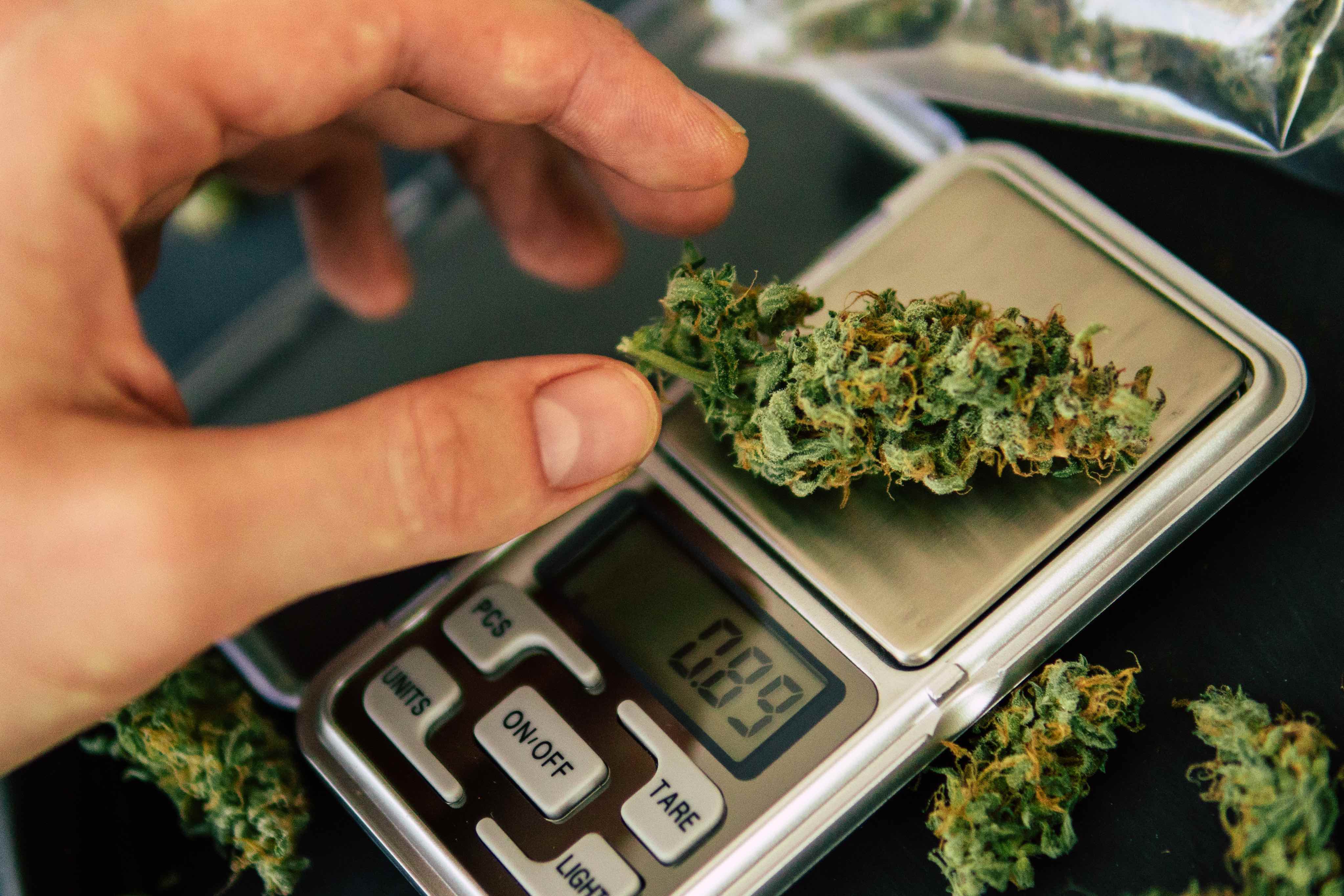 My older friends who were involved with importing, growing and selling cannabis in the 1960s and ’70s recall that some dealers added oregano to bags to pad weed weight and increase profits.

Cannabis magazines used to have glossy full-page advertisements for “fake bud” products that “look just like the real thing.” These products consisted of red clover and were used by dealers to fool unsuspecting consumers.

Some growers and sellers spray water, sugar and Brix Plus onto buds to make them weigh more and smell better. This was back in the old-school days, before digital scales, so it was easy to rig manual scales to overweigh and thus rip off buyers.

Today, in high-volume cannabis businesses, whether licensed or black market, some unscrupulous players deliberately overweigh product in a bid to boost profits. An ounce of weed is supposed to be 28.34 grams. That comes out to $10.58 per gram. If a seller sells a 27-gram ounce and the volume is 100 ounces per month, the illicit gain is at least $1,058.

So for ethical reasons, you should always make sure that your weights and measures are accurate and that customers get the amount of cannabis the packaging promises.

Along with using 100-percent accurate weights and measures, people within the cannabis industry must be committed to correct labeling of all cannabis products, including strains, tinctures, dry sift, bubble hash, dabs, beverages and edibles.

When it comes to strain names, there remains a lack of standardization, and experienced growers know that the same strain (even grown from clone) can produce buds with different cannabinoid, terpenoid and flavonoid percentages, depending on how it was grown, harvested, dried and cured.

Deceitful growers and dealers have been known to falsely label buds with such big-selling, recognizable strain names as Blue Dream or Jack Herer. Obviously, unsuspecting consumers won’t get the outcome they’re expecting and paying for.

For that reason, you must always accurately describe cannabis strains, compound amounts and percentages, so consumers know exactly what they’re getting.

When you follow these ethical precepts in your cannabis business, you ensure your own health and safety, along with that of your staff and customers, and increase the longevity of your trustworthy business. You also avoid the complications and guilt that come from ripping people off, and you increase the positive reputation of the cannabis industry. Being ethical is a win-win!

Rolling With Rawlings: Comedian Donnell Rawlings On His Kevin Smith Comedy ‘Hollyweed’
Incredible Indica: How To Grow Couchlock Strains You And Your Customers Will Love