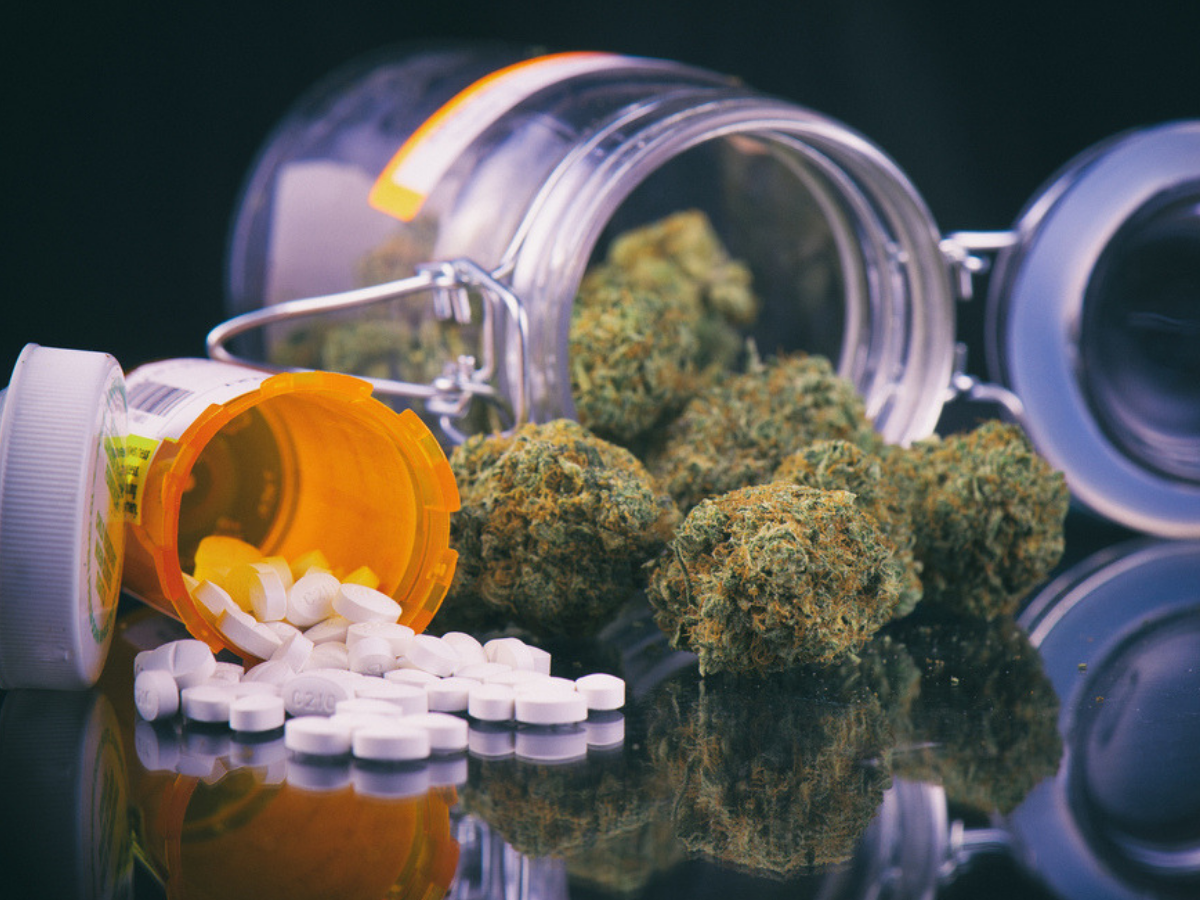 The iconic, ultra-modern building of the EYE Filmmuseum in Amsterdam played host the first ever conference specifically aimed at cannabis investors based in the Netherlands. In late September, the Cannabis Capital Convention brought together investment analysts and pioneering entrepreneurs from the legal cannabis industry.

Cannabis business conferences are still a rare sight in Europe. While consumer cannabis fairs like Spannabis in Spain, Cannafest in the Czech Republic and Cultiva in Austria are well established and draw thousands of visitors, the first real business conference on the continent was Berlin’s International Cannabis Business Conference in 2017. The fact that it has taken until now for the Netherlands to have its first cannabis business event exemplifies how this formerly front-running nation when it comes to legislation and establishing a legal cannabis industry is now lagging behind.

The Cannabis Capital Convention is the brainchild of Dutch entrepreneur and investor Michael Kraland, an outsider when it comes to cannabis. Kraland specializes in hedge fund investments and co-founded IEX.nl, one of the earliest Dutch websites for investors. “I didn’t want to travel to the US or Canada to find out about the investment opportunities in the legal cannabis industry,” Kraland told Big Buds, half-jokingly, when asked why he put together the Cannabis Capital Convention. “I have traveled there so many times in my life and, really, Canada is such a boring place. Better to just have the event here in Amsterdam, don’t you agree?”

The event’s main sponsor C21 Investments was formerly Curlew Lake Resources Inc., an independent oil and natural gas company based in Vancouver. Now, C21 has shifted gears to focus on cannabis operations in the United States and is the umbrella corporation for a string of cannabis companies, including a 28,000-square-foot indoor grow facility called Phantom Farms and a large cannabis processing firm, Swell Companies, both based in Oregon. C21 is looking to expand operations with additional large-scale indoor and outdoor grow, processing and extraction facilities, as well as retail dispensaries throughout California, Nevada, Colorado and New Mexico.

Robert Cheney, CEO and president of C21 Investments, was one of 15 speakers on the Cannabis Capital Convention program that also included Christine Smith, CEO of Grön Chocolate; Tjalling Erkelens, founder and CEO of Dutch medical marijuana producer Bedrocan; and Stephen Murphy of Prohibition Partners, the London-based cannabis consultancy agency that was instrumental in organizing the Cannabis Europa conference at London’s famed Barbican Center.

Big Buds chatted to Murphy of Prohibition Partners about the future of legal cannabis in Europe, and what that future holds for cannabis investors and entrepreneurs.

BigBudsMag: Can you explain what Prohibition Partners does and what your role in the company is?

Stephen Murphy: Prohibition Partners is an intelligence and insights company that delivers bespoke consultancy to investors, entrepreneurs and regulators in the European and international cannabis industry. My role as co-founder and managing director is to support our mission of moving the industry forward by providing the best source of information for the industry through The European Cannabis Report™ and working with partners to help identify and execute on opportunities.

BBM: Would you say the Cannabis Capital Convention is the first conference of its kind in the Netherlands?

SM: There have been a growing number of conferences in Europe over the past number of years, including Cannabis Europa that took place this year in May in London. But this is the first event that I’ve seen that looks to bring the professional and financial industries in Europe to Amsterdam to highlight the size of the opportunity at one of Europe’s cannabis epicenters.

BBM: What speaker did you most look forward to hearing at Cannabis Capital Convention?

SM: There’s an excellent and diverse program of speakers from the different parts of the industry, but I always enjoy listening to Tjalling Erkelens of Bedrocan, who has grown a Dutch company into a global leader in the cannabis industry and has a very strong vision for the future of the company and the industry in general.

BBM: If you would make a top three of European countries most likely to legalize cannabis in the near future, what would it look like?

SM: From your question, it feels like you’re talking about recreational use or adult use. Europe will be a medical market first and it’s important to separate out the debate for each, as they both have different but equally valid objectives. The countries in Europe that will look to legalize in the short term are those that are naturally tolerant to cannabis, have a high domestic prevalence, and have some history in recreational cannabis reform. To be put on a spot I would say the Netherlands, Spain and Portugal.

BBM: Some people compare the rapid growth of the legal cannabis industry to the dot-com bubble of the 1990s. Are they right to compare the two industries?

SM: This is often a shared perception based on the similar rate of growth between the two, but considering the fact that the number of applications for cannabis is growing every day, the bubble is looking unlikely [to burst]. With less than two percent of the plant truly known, the versatility of [cannabis] allows for continuous exploration. The growth rate will of course ultimately slow down, but the demand will prevent a [stock market] bubble from occurring.

BBM: Some people who attended the convention might have paid a visit to an Amsterdam coffee shop for the first time. Which ones would you recommend?

SM: Amsterdam is a fantastic city with great variety for every type of visitor. It’s a very tricky question as I personally like to walk from shop to shop and experience a few of them. But in particular, I really like Tweede Kamer and Boerejongens for their contrasting styles.

BBM: What’s your single best piece of advice for people who want to work or invest in the legal cannabis industry?

SM: Investing in cannabis can be a little complicated, with so many options and scarcity of information. I would recommend speaking to a cannabis industry expert or group who can help provide some education and insights on what the opportunities look like and how best to proceed with confidence.

For more information on market intelligence, strategic planning and investing in cannabis, visit Prohibition Partners. Keep an eye out for the next Cannabis Capital Convention, including info on where and when it’s taking place, by visiting the convention website.

Don’t Let The Cooler Weather Stop You From Growing. Here’s How To Bring Your Summer Stash Indoors
Does The UN’s Coming Review Of Cannabis Signify The Global Organization Is Finally Catching Up To The Rest Of The World?