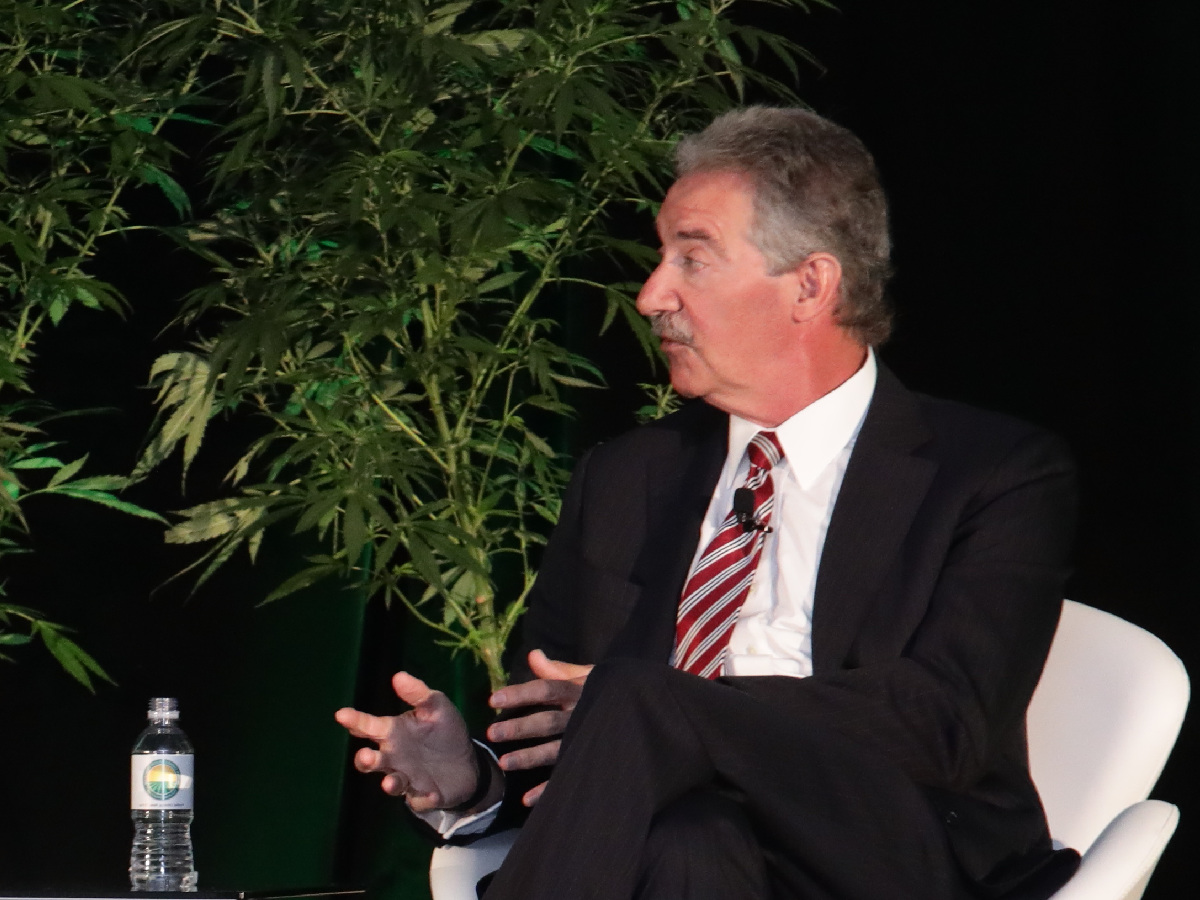 Former Deputy Attorney General James Cole has revealed he thought it was only “a matter of time” before Attorney General Jeff Sessions rescinded the memo that provided more relaxed guidelines for cannabis in the United States.

And Cole added that while he hoped the document may have been left alone, his belief was that Sessions simply “didn’t like marijuana.”

Speaking at the National Cannabis Industry Association’s Cannabis Business Summit & Expo, Cole revealed, “I had been seeing statements coming out of the attorney general for the prior year at that point, that indicated he had some view the Cole Memorandum might not be that bad a policy. I thought maybe he is going to leave it alone. But I had also seen so many statements from him over such a long period of time, [indicating] that he just didn’t like marijuana. There was a part of me that thought it was just a matter of time before he did something like that. But I was also trying to think, ‘What difference will it make? What is the impact of that [rescinding] going to be?’”

Taking center stage at the NCIA expo, held in San Jose July 25–27, Cole was frank and honest about his opinions on his bill being retracted, with the guidelines withdrawn by conservative Sessions last January, throwing the cannabis community into confusion and doubt.

Interviewed by NCIA executive director Aaron Smith, Cole told the 7,500 delegates present his reasons for first issuing the memo in 2013: “There was a little bit of finger wagging in the memo. It was, ‘Look, you need to get serious about this, you have to not only put into effect a serious repertory scheme, but you have to dedicate the resources and the will to reinforce it to the regulatory scheme.’”

Cole continued, “I issued a memo because there seemed to be so much misunderstanding out there [about cannabis prosecution and offences], and we needed to clarify and eliminate the nature of [that misunderstanding], to try and make sure people understood. But things changed dramatically when Washington and Colorado had their referendums to legalize marijuana recreationally.”

Focusing on public safety issues, the memo aimed to prevent trafficking and sales to minors, and was widely interpreted to signal a federal hands-off approach toward cannabis businesses operating in full compliance with state laws.

Cole said he was motivated to take action because he realized people were going to continue consuming cannabis, whether the government liked it or not. “The first thing that came to my mind, is if people are going to smoke marijuana, where are they going to get it?” he recalled.

“If we don’t have room for an industry that is regulated, legitimate and run properly, then people are going to get marijuana from cartels and street gangs. And that was not from a public safety interest standpoint. You don’t want to fund cartels, street gangs, criminals — you want to try and take them out of the equation.”

Amid the backdrop of some 400 exhibitors, who were showcasing their various cannabis-related wares and services at the expo, Cole explained that while he was in office, the highest levels of government were involved in trying to address the potential issues surrounding legalized pot: “We had a series of fairly high-level meetings with our government to try and decide what to do about this. We hashed out all the pros and the cons.”

He added that while the cannabis industry is now well on its way to becoming a legitimate market and thriving economy, there are still major issues to be addressed — the main one relating to banking and the problems cannabis companies continue to face regarding financial uncertainty.

Acknowledging that this has been a real challenge, Cole noted, “I was asked what next, and the first thing out of my mouth was banking, as I thought that was such an important thing that needed to be dealt with. What are you going to do about all the money that is being generated? I was posing at that point [that] we had to find a way to stop this being a cash business.

“You are going to have taxation, and when you don’t have the money going through bank accounts, it is also going to be very difficult to audit cannabis companies.”

He added, “The reality is, you are largely dealing with retail banking — it is not the most lucrative form of banking that there is. And for the banks to do all of the due diligence that they would need to make sure their customers were in compliance with the Cole Memo seemed too expensive and too complicated. [Banks] thought, ‘We just won’t take the business.’”

Cole said that with his memo now rescinded, he’s unsure of the impact it’s going to have on the cannabis community, because the banking issue has yet to be rectified.

“You need to be able to say the money that is generated from a legal cannabis business is not proceeds of crime under the money laundering statute. That trickles into all sorts of other statutes and allows you to have a legitimate business conducted in a legitimate fashion.”

Commenting on whether Sessions understood the implications of rescinding the memo, Cole responded, “I make it a habit not to try and predict what other people are thinking and where they are going.”

However, he hastened to add, “The question is, if someone is going to veer into a legal business, where the state law is operating and prosecutes that business under federal law, I think you are going to see a reaction. [But] maybe that will be the kind of thing that will get Congress to do something, because then you are destabilizing a very large industry at this point, that is valuable because it provides jobs, revenue for the state, it’s valuable because it allows there to be a certain amount of public safety in this area, and you keep the cartels and the gangs out.”

According to Cole, there needs to be “good, hard soul-searching” when it came to medical marijuana. “Even if you make it legal for medical use in states, it is still a Schedule I drug under the Controlled Substances Act and the ability to test it and do clinical trials is very difficult and onerous. We have federal agency testing and you have to make sure it actually does something and it isn’t just snake oil and people are going to get better from it and not worse from it. We are sticking our head in the sand right now.” 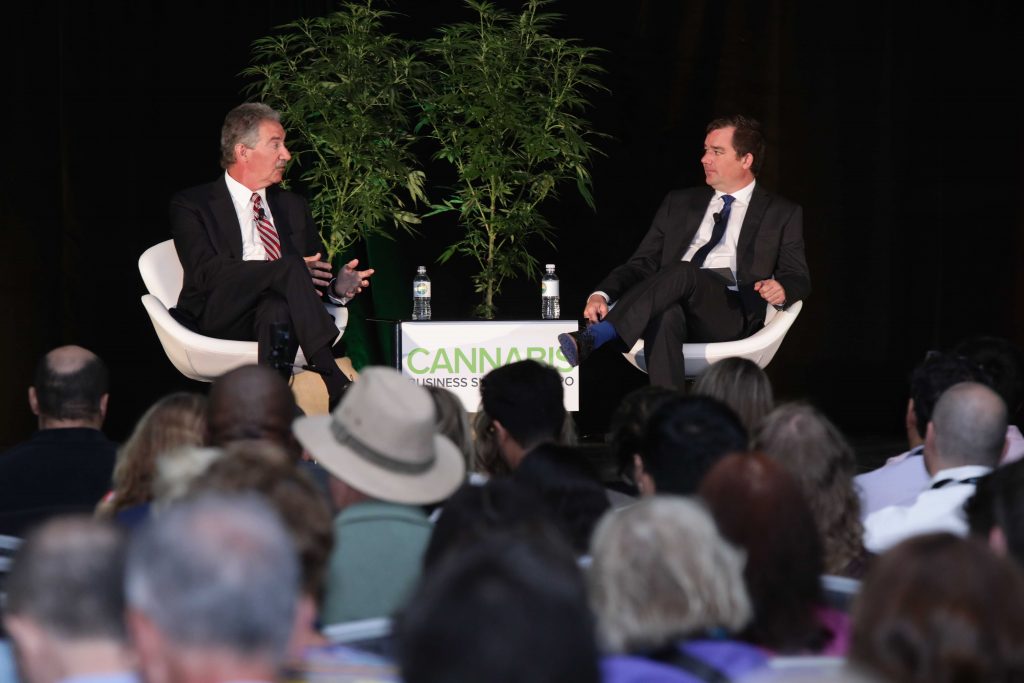 James Cole talks with Aaron Smith from the stage at the NCIA Cannabis Business Summit & Expo.

NCIA executive director Smith said he felt things were moving in the right direction when it came to changing the law and public opinion.

“We have proven over the years that cannabis regulation is working and benefiting communities and tax pockets and states across the country,” Smith said at the expo. “The tide has shifted and public opinion now is so squarely on our side, that when we are talking about medical cannabis, we are within the margin of 100 percent support.

“Two thirds of Americans now support [cannabis legalization],” Smith continued, “and the majority of Republicans now support regulating the entire market, ending prohibition and putting cannabis behind the regulated counter, so that thriving small businesses can replace this criminal market.”

Cannabis Code of Ethics 101: Why You Should Never Talk To The Cops
The Pleasant Pot Peninsula: Will Michigan’s Cannabis Industry Eclipse California’s?