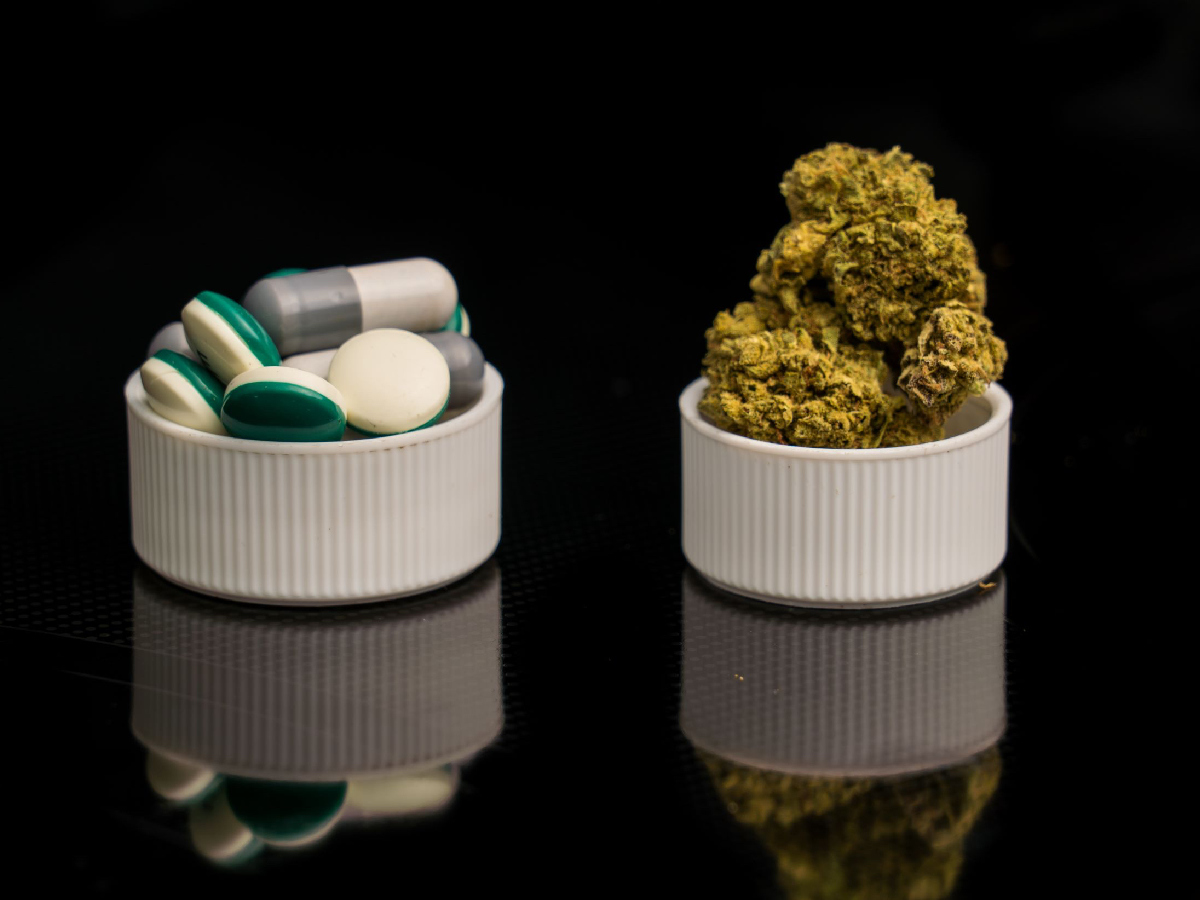 There’s a growing sentiment that one answer to the opioid crisis is right under our noses: cannabis.

Contrary to the myth that claims cannabis is a gateway to harder drugs, cannabis can, in fact, help curb serious — and often dangerous — substance use. CNN reports that medical marijuana has been shown to help those with a history of opioid addiction in their recovery, and earlier this year, Pennsylvania and New York added opioid use disorder to their medical marijuana programs’ lists of qualifying conditions.

According to a report by Forbes, two recent studies from the American Medical Association insist that access to medical marijuana programs, considered by the Food and Drug Administration as a medication-assisted treatment (MAT), is associated with overall lower opioid use.

But perhaps even more impactful than these breakthroughs are firsthand stories of addiction and recovery.

Joe Schrank, a seasoned clinical social worker and founder of the recovery publication thefix.com, says that many traditional treatment programs, such as detox rehabilitation, are ineffective.

“Most of [rehab] is steeped in [Alcoholics Anonymous] indoctrination, so it’s not really treatment,” Schrank tells Big Buds. “The whole system is based on things that don’t work. There’s a huge, robust body of research about the potential benefits of cannabis for people for a bunch of different things — one of them being an exit from egregious and potentially lethal drug use.”

That’s why he founded Remedy Recovery, a San Francisco clinic that uses the MAT method to administer cannabis to those who are recovering from addiction.

“We established Remedy Recovery to be based largely in disciplines of social work theory,” Schrank says. “We’re good with harm reduction, and we’re good with improvement. In other words, if someone comes to us with infected injection sites because they’re an IV drug user and they leave our care as a medicinal cannabis user, we consider that to be a success.”

Schrank faces stigma in his industry. He says he’s been accused of everything from being a drug dealer to being part of a moneymaking scheme.

“With the use of medication, that medication may be used in perpetuity,” Schrank explains. “There is not a race to come off the medication; it is not viewed as a crutch. It is not viewed as something that people should be ashamed of. It is a medical decision to be made with your physician under our care.”

Corinne, who identifies as a recovering Percocet addict and high-functioning stoner, was in a serious car accident when she was 20 years old. After 20 or so surgeries, she was still left with complex regional pain syndrome in her left hand and arm, and was prescribed Percocet/acetaminophen after each procedure.

“At first I needed [the medication] for the constant post-surgery pain,” Corinne tells Big Buds. “It seemed impossible to find another medicine that dulled the symptoms. My doses went higher as my body grew used to the medicine, and at one point I was taking four to five pills a day at 10/325 — 10 milligrams of Oxycodone to 325 milligrams of acetaminophen.”

She attempted to decrease her dosages on her own, but her addictive behaviors persisted.

“I would count down the minutes until I could have my next one,” she says. “If I was sad or anxious, I would make sure to take a higher dose.”

Corinne’s life changed when she met Jen Simon, a freelance writer who is open about her pill addiction and was a frequent customer at a cafe where Corinne worked. After many conversations with Simon, Corinne decided in October 2017 to stop taking Percocet. A few months later on New Year’s Eve, she finally dumped the rest of her supply in the toilet.

Although she’d been an avid cannabis consumer for most of her young adult life, Corinne had always viewed it only as a supplement to painkillers. But she eventually began researching cannabis and CBD as a primary source of pain reduction.

Her anxiety and depression skyrocketed after stopping opioid consumption, but she still works on confronting her emotional trauma and stress every day. Now, however, she is more hopeful than ever about healing from a seven-year opioid addiction.

“If you’re reading this and you have an opiate addiction, you’re not alone,” she adds. “Addiction doesn’t look the same for everyone. You can get through it. You are strong enough live your life without it, I promise you.”

Cannabis As A Supplemental Treatment

You don’t have to be suffering from full opioid use disorder to benefit from cannabis’s ability to repress opioid use.

“I’ve found that one bowl [of cannabis] is equal to about 5 mg of Oxycodone, so I’m able to medicate throughout the day without using more Oxycodone than prescribed,” Daley explains. “I feel more comfortable using medical marijuana prophylactically, too, so I can stop pain before it becomes severe enough to feel like I’m ‘allowed’ to take Oxy.”

But it wasn’t always this way. Daley only tried cannabis for the first time four years ago when the excruciating back pain became too much to handle.

“I could barely walk to the bathroom,” Daley explains. “One of my roommates got me high and I could walk. It was incredible.”

Since cannabis can treat a host of medical conditions, Daley also views the plant as an effective form of mental health therapy.

“I also have severe depression, post-traumatic stress disorder and anxiety, along with eating disorders, and medical marijuana makes my life feel so much more manageable,” Daley explains. “My emotions and pain feed one another, so if I can interrupt one, it makes a big difference.”

Additionally, Daley’s liver panels are back to a normal state after being alarmingly high just a few years ago as a result of taking 17 different prescribed medications per day.

“I feel really sad sometimes thinking about how my life might have been less physically and emotionally painful if I had started using marijuana sooner,” they reflect. “In addition to helping me manage my Oxycodone use, it has helped me avoid in-patient psychiatric hospitalizations by helping me control my mood and pain, and it makes my day-to-day life so much more tolerable. I’ve become really passionate about medical marijuana because I feel like it has improved my quality of life so much.”

Top Tips For Higher Tips: 8 Ways Budtenders Can Provide Stellar Customer Service
Bud And Wine: How To Use The Rules Of Booze To Become A Cannabis Sommelier