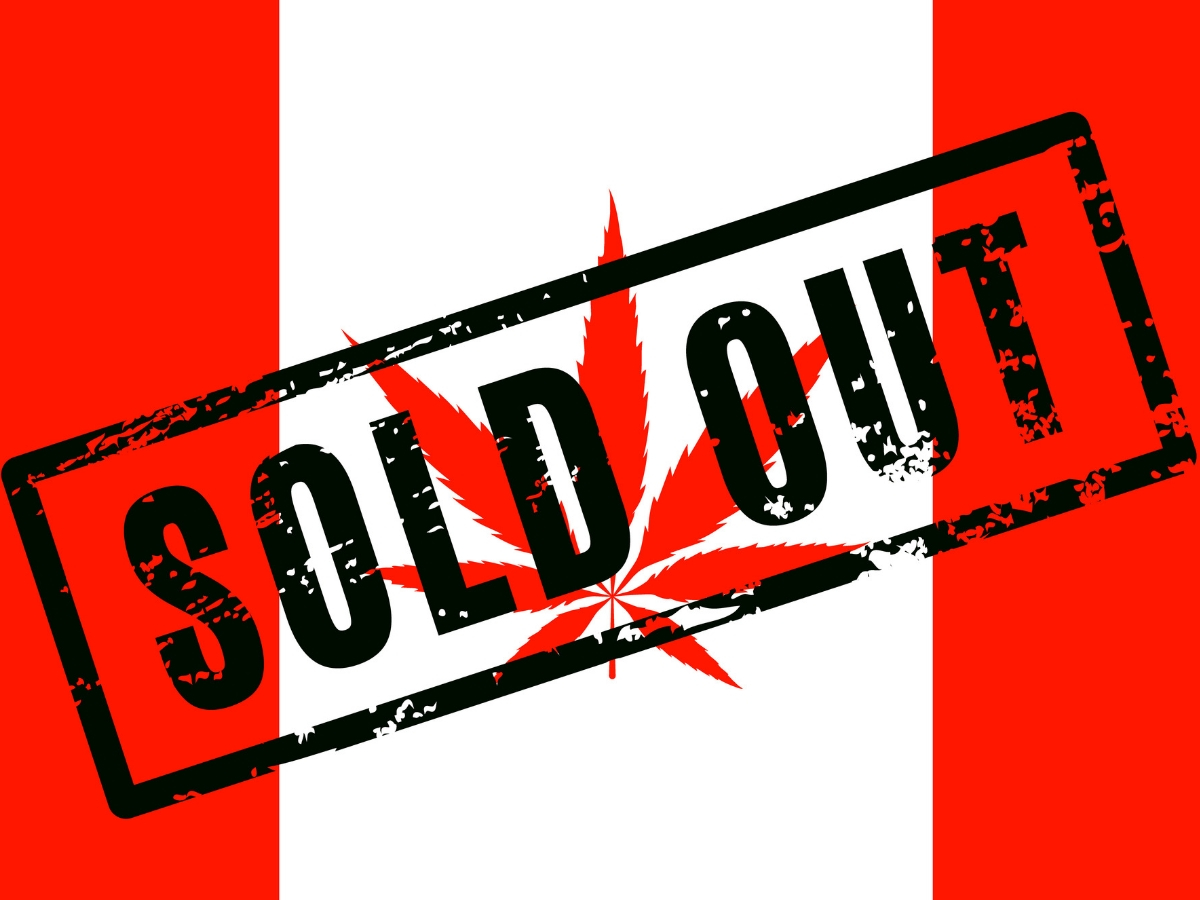 While Canada’s move to legalize cannabis in 2018 was a massive leap forward for the pot industry, it hasn’t come without significant growing pains. Moving from a medical cannabis system serving roughly 200,000 Canadian patients in 2017 to a recreational market with now many millions of consumers has meant a steep learning curve. Problems have ranged from challenges scaling up operations to issues with infrastructure and regulations — leading, in some cases, to crop failures and necessary destruction of plants — as well as a thriving black market that’s been all too happy to pick up the slack of the flagging legal market.

All this has meant that Canadian retailers haven’t had anywhere near enough supply to match the current demand for cannabis. And some believe the situation could take more than a year to rectify.

Prime Minister Justin Trudeau says Canadians can thank political obstructionists who fought legalization efforts and are now pitifully underprepared to supply consumers hungry for marijuana products. As reported by Civilized, Trudeau said the resistance from “local political classes, from, you know, the chattering classes,” has caused the shortfalls. “They were caught flat-footed without enough of a supply,” he added.

Retail outlets are in such a pinch that Ottawa-based National Access Cannabis (NAC), Canada’s largest private marijuana retailer, has a team of workers searching around the clock for new inventory from Alberta’s provincial regulators. As soon as product is made available online, companies pounce and purchase all they can.

Mark Goliger, CEO of NAC, told the Financial Post, “At 3:30 in the morning all of a sudden $4,000 worth of inventory is made available yet in seven minutes it’s drawn down, meaning that other big competitors are doing the same thing.”

The scarcity is occurring as licensed producers (LPs) attempt to scale up operations post-legalization to meet the new high demand. Expanding from facilities where a few thousand plants were grown to spaces that can accommodate tens of thousands of plants inevitably presents problems. Issues include everything from pest and mold prevention to nutrient and harvesting schedules — all of which becomes exponentially more difficult as plant numbers increase.

Then there’s labor availability — an aspect that at least one major Canadian LP appeared to overlook as a potential hurdle in the production chain. A reasonable oversight, considering that large swathes of the Great White North is farmland and workers should be accustomed to employment that is physically demanding. But many were apparently not ready for that kind of punishing labor. Canada’s 40-year record low unemployment rate of 5.8 percent in 2018 is partly to blame. And humid, jungle-like conditions of cannabis greenhouses didn’t help the situation.

Vic Neufeld, CEO of marijuana producer Aphria, found that out the hard way when many of his greenhouse staff quit shortly after being hired. He says by the end of the first week, only eight of the 50 local workers the company had hired at its greenhouse in Leamington, Ontario remained.

“Those are really hot, humid months and working in a greenhouse, as much cooling and airflow as we can provide, is still pretty darn hot in July and August,” Neufeld told Bloomberg. That lack of qualified local workers led to Aphria having to dispose of nearly 14,000 cannabis plants because they weren’t harvested in time, a mishap that cost them nearly $750,000 USD. After that, Aphria says it began tapping Canada’s Seasonal Agricultural Workers Program — which permits companies to hire immigrant staff — bringing on roughly 50 temporary workers from the Caribbean and Central America.

In Ontario, cannabis producer Canopy Growth reported in September that it also had to destroy a large shipment of plants due to delays. After a clip appeared online late September featuring a sea of desiccated plants in a massive greenhouse complex, rumors began to fly that the company had suffered a significant crop failure. A statement put out by Canopy Growth soon after the incident refuted that, saying the crop loss occurred while transferring product from British Columbia to Smiths Falls, Ontario for processing. The statement reads:

Processing licences were delayed by infrastructure and regulatory approvals, which led to a number of plants needing to be destroyed. Management does not consider this event to represent a material impact on the company’s balance sheet and fully anticipates being able to meet provincial supply agreements during the first year of recreational legalization.

Still, meeting provincial supply is a complicated matter and any large loss of product greatly affects the system.

All this short supply becomes further intensified by a thriving black market, which continues to flourish in post-legal Canada. One bold account saw a pot dealer in Calgary handing out cannabis samples in front of a government-licensed store. Calling himself Medi Man, he passed out small bags of weed stapled to a business card with pricing for a whole assortment of cannabis goods, including shatter, distillate and vape pens. Having little of the overhead and regulation of an accredited store, dealers can offer consumers far better prices. The Calgary Herald reported that the man was taking orders over the phone and said his sales have been good. “Business is great, especially at this time of year,” he told the Herald. “Everybody’s off work and everybody wants something to relax with.”

But the allure of lower prices is just one part of the equation when consumers consider a cannabis purchase. Most mainstream consumers want to know their marijuana comes from a reliable source. Retailers and producers are hopeful that consumers will eventually opt for store-bought marijuana for that reason, where they can be assured of product safety and consistency. Cannabis can be a finicky plant to grow, often requiring pest and mold prevention. Some inconsiderate growers douse plants with dangerous pesticides and fungicides, creating a health risk for users when product is ingested. Recently, Health Canada released an announcement, stating that mandatory cannabis testing for pesticide active ingredients would go into effect from January 2, 2019. Buying black-market pot gives consumers no such assurances that products are free from harmful pesticides. Still, testing will add another layer of bureaucracy to licensed producers’ already long list of items to fulfill.

According to Civilized, Trudeau remains hopeful that Canada’s pot shortage will be sorted out “perhaps this coming year.” From the start, his platform for legalization focused on the necessity of stamping out the black market. Fixing the supply chain is crucial to attaining that goal. “If young people aged 18 to 21 are forced to buy pot from criminals, it will not help us eliminate the black market,” he said.

In the long run, consumer purchases are going to come down to convenience and consistency. The big LPs will surely work out the current significant kinks in the supply chain and eventually deliver predictable, tested product. At that point, as with all the other popular products on Earth, brand loyalty will prevail as the key factor that drives sales.

Seeing Green: Tobacco Farmers Itching To Get In The Cannabis Game
Getting Trippy With Surreal Strains Peyote Purple And Green Gummy