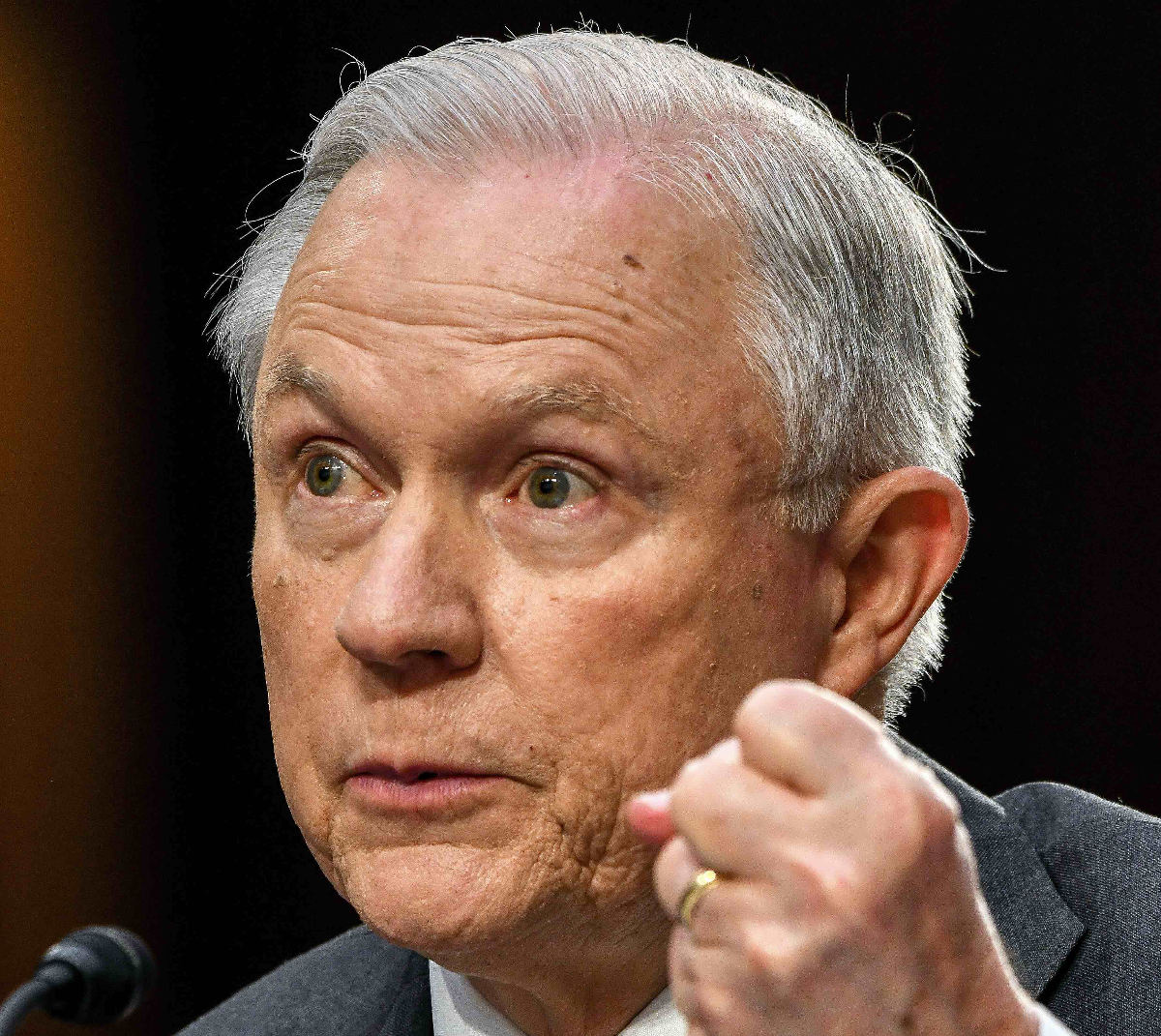 On January 4, the US legal cannabis industry took a hit — however, it wasn’t the kind of hit we normally enjoy. Rather, it was a blow levied by ultra-conservative US Attorney General Jeff Sessions to a long-standing federal policy called the Cole Memorandum.

The end of the Obama-era policy, written in 2013, means federal prosecutors in legal marijuana states can now decide how aggressively to enforce the US controlled substance laws prohibiting the plant. On the bright side, the removal of the Cole Memo doesn’t change federal law, which currently includes a congressional provision barring — or at least deprioritizing — authorities from spending federal money to prosecute medical marijuana operations that abide by state laws.

“Our initial take on the news that Sessions is rescinding the Cole Memo is that such rescission will in a vacuum allow local US attorneys to decide to prosecute people and business violating the Controlled Substances Act, whether or not they are acting in accordance with a robust regulatory state regime.”

In Kulick’s professional opinion, he adds that “any such federal enforcement action will, for the time being, be limited to actors in recreational states because the Rohrabacher-Farr amendment to the spending bill for the US Justice Department (which is currently still in force under continuing resolution) prohibits the Department of Justice from using any of its budget or resources to interfere with or prosecute state legal medical marijuana businesses.”

So, bottom line, legal cannabusinesses shouldn’t fret quite yet. It’s business as usual.

Cassandra Maffey is the Master Grower at Verde Natural in Colorado. With 18 years of experience, Maffey specializes in organic living soil cultivation and pest management. She said that on the ground and in the grow houses, there’s no palpable sense of panic since Sessions’ announcement.

Pro-pot politicians and businesspeople are banking on the fact that cannabis is already a multibillion-dollar industry in the US.

“The cannabis businesses here are compliant, sophisticated, and have overwhelming support from our local regulators and law enforcement,” Maffey says. “I don’t believe we’ll see much fallout in Colorado, because our highly compliant businesses are difficult — and expensive — to go after. If anything, it would turn out to be a total embarrassment for the federal government.

“The consensus among Colorado businesses,” Maffey continues, “seems to be that this is an important, though potentially painful step to pave the way for federal legalization, which is inevitable given the support nationwide for cannabis.”

States like Colorado and Oregon have a vested interest in seeing their cannabis industries bloom. Oregon Governor Kate Brown (D) recently said marijuana is an important component of the state’s economy, creating more than 19,000 jobs. In a similar vein, Oregon’s US Attorney Billy Williams released a statement that suggests little change in how his office goes about prosecuting legal operators. Rather, he seemed more concerned with busting the criminal black market:

We will continue working with our federal, state, local and tribal law enforcement partners to pursue shared public safety objectives, with an emphasis on stemming the overproduction of marijuana and the diversion of marijuana out of state, dismantling criminal organizations and thwarting violent crime in our communities.

Unfortunately, California does have reason to be concerned, as January 1, 2018 marked the Golden State’s first day its recreational sales became legal.

“My worry in the short term is for the small businesses in California, who will be the easiest targets,” warns Maffey.

Unlike Washington, Oregon and Colorado, California’s recreational regulations and processes are new. Therefore, businesses are still on a learning curve when it comes to implementing processes like the mandatory seed-to-sale system.

“The market is so new there, and many businesses will struggle to be 100 percent compliant simply because they don’t have any experience working in such highly regulated environments and don’t understand how to fully utilize seed-to-sale tracking software,” explains Maffey.

Despite the industry’s strong roots, with this news, Sessions is forcing the budding green space to wait and see how things shake out. Good thing ganjapreneurs are no strangers to risk. (Remember, it was only a year ago that an unpredictable Republican President Donald Trump first entered office.)

The Cole Memo Was Never Perfect

The memo outlines eight priorities to guide all US state attorneys in enforcing the Controlled Substances Act when it comes to marijuana-related activities. Some of the activities include:

In a 2016 congressional meeting on marijuana, titled “Protecting the Public from the Impact of State Recreational Marijuana Legalization,” Sens. Chuck Grassley (R-Iowa) and Dianne Feinstein (D-California) addressed their concerns on state-regulated marijuana and the Cole Memo.

Grassley discussed his uncertainty regarding the memo being specific enough to guide law enforcement on both federal and local policies.

“Seems to me,” said Sen. Grassley, “when you talk about a range of factors, [it’s] a far cry from the metrics that we need when the Cole Memorandum says you’re going to take action.”

“Law enforcement thinks they know the rules, and when not sure [they] fall back on detain, seize and look into it to make sure — which takes time and causes grief. Law enforcement always has the power to ensure no laws are being broken so they have authority.”

Meyers added that the negative stigma of the plant is detrimental to the overall relationship he and his company are trying to build between law enforcement and the legal cannabis industry.

“Our number one priority is that the Cole Memo remain intact in the Department of Justice,” said Aaron Smith, executive director of the National Cannabis Industry Association, one of the largest cannabis lobbying associations in America. At the time, Smith had no idea that his opening remarks at the 2017 National Cannabis Industry Association’s Seed to Sale Show would fall on deaf ears.

Following Sessions’ decision on the Cole Memo, Smith said in a statement that the NCIA hopes the “Department of Justice officials, including U.S. Attorneys, will continue to uphold President Trump’s campaign promise to not interfere with state cannabis programs, which have been overwhelmingly successful in undercutting the criminal market.”

From the halls of Congress in Washington DC, Senators Lisa Murkowski (R-Arkansas) and Elizabeth Warren (D-Massachusetts) are doing their part to show their support. In a letter to Sessions, they ask the Trump administration to uphold the Cole Memo to allow state-legal cannabis programs, as did Obama.

We respectfully request that you uphold the DOJ’s existing policy regarding states that have implemented strong and effective regulations for recreational marijuana use and ask that the Cole Memorandum remain in place.

While many US attorneys — who were themselves appointed by Sessions — have released statements seeming to support the attorney general’s resuscitated war on weed, many of those statements echo that of Oregon’s US attorney Williams and appear to sidestep prosecuting nonviolent cannabis offenses in favor of going after dangerous gangs and drug cartels.

Andrew Lelling, US attorney for Massachusetts, released the following statement:

This is a straightforward rule of law issue. Congress has unambiguously made it a federal crime to cultivate, distribute and/or possess marijuana. As a law enforcement officer in the Executive Branch, it is my sworn responsibility to enforce that law, guided by the Principles of Federal Prosecution. To do that, however, I must proceed on a case-by-case basis, assessing each matter according to those principles and deciding whether to use limited federal resources to pursue it.

And in states where recreational cannabis is far from legal, some lawmakers have been surprisingly supportive of medical marijuana patients’ rights in the wake of Sessions’ reinvigorated stance, which should alleviate some concerns within the cannabis community.

Despite backwards moves by the Trump administration, I will continue to protect cancer patients, kids with epilepsy, veterans with PTSD and all Pennsylvanians seeking relief from legal medical marijuana. In Pennsylvania, we legalized medical marijuana in an overwhelming and bipartisan fashion, and we are months away from getting this medicine to patients that need it.

The Trump Administration must put patients’ rights first, and I will not stand for backwards attacks on the progress made in Pennsylvania to provide medicine to those in need. We are evaluating the exact impact rescinding the directive could have on Pennsylvania’s medical marijuana program, but I will continue to do everything in my power to protect Pennsylvania patients.

Clone Wars: How To Get The Most Out Of Your Mother Plant With These Top Cloning Tips
From Taxation To Overzealous Cops, How Will Black Market Growers Survive Legalization?