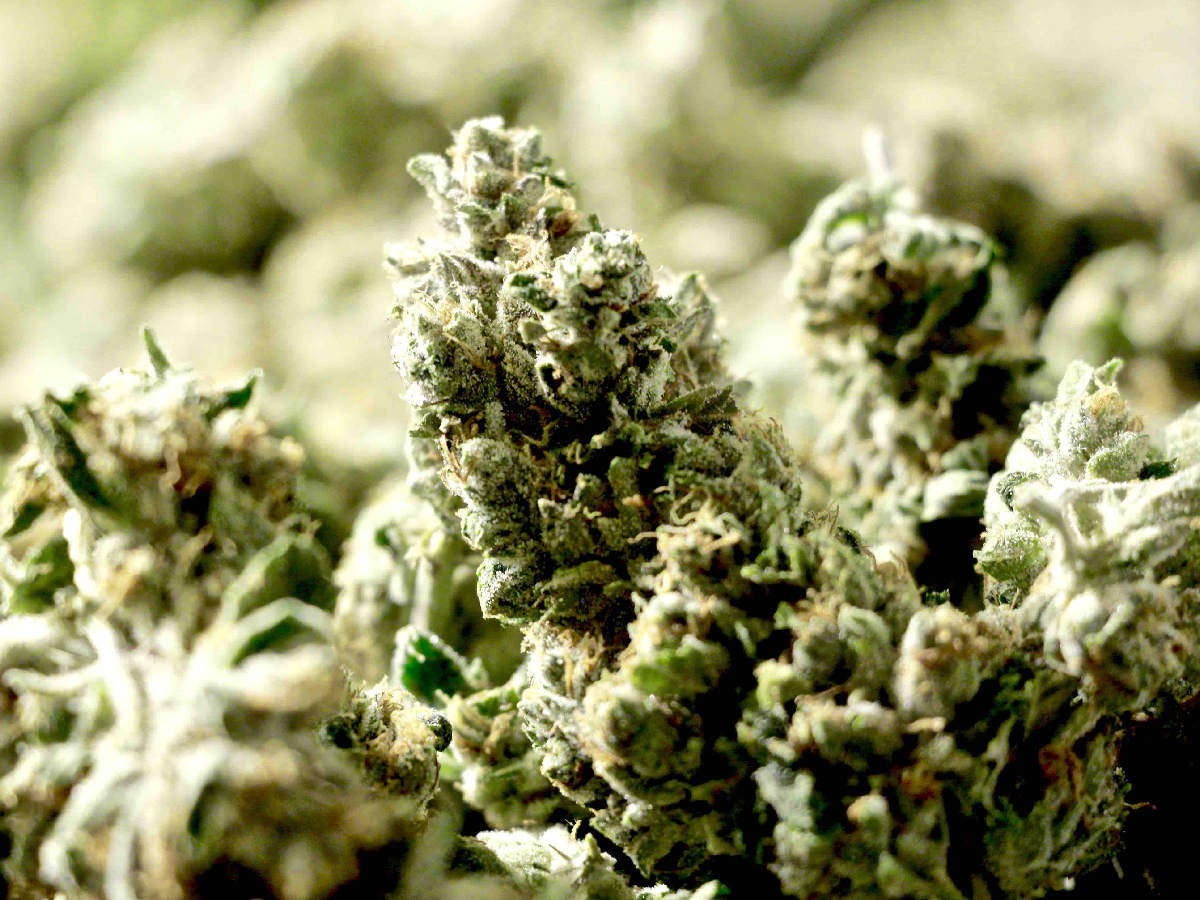 This would be more regulated if Californians vote for recreational marijuana legalization in 2016. © Copyright, Nigel Salazar, 2016
By Nigel Salazar | Published: November 18, 2016

California’s Prop. 64, the Adult Use of Marijuana Act (AUMA), was approved by voters in the November, 2016 election.

The new law benefits people who want to grow small, recreational cannabis gardens, but in many other ways, it’s a step backwards.

Most black market marijuana growers are against it, just like they were against the MMRSA.

Ironically, but as you might expect, the police, prison, and alcohol industries are also against California recreational marijuana legalization.

The following italics text is from an article by Lee Fang on The Intercept, which is one of few places where authentic investigative journalism can still be found.

Half the money raised to oppose a ballot measure to legalize recreational marijuana in California is coming from police and prison guard groups, terrified that they might lose the revenue streams to which they have become so deeply addicted.

Opposition to the marijuana legalization initiative, slated to go before voters in November, has been organized by John Lovell, a longtime Sacramento lobbyist for police chiefs and prison guard supervisors.

Lovell’s Coalition for Responsible Drug Policies, a committee he created to defeat the pot initiative, raised $60,000 during the first three months of the year, according to a disclosure filed earlier this month.

Law enforcement officials in Minnesota, Washington, and other states that have debated relaxing the laws surrounding marijuana have said that they stand to lose money from reform.

Asset forfeiture is another way law enforcement agencies have come to rely on marijuana as a funding source. Police departments, through a process known as asset forfeiture, seize cash and property associated with drug busts, including raids relating to marijuana.

The proceeds from the seizures are often distributed to law enforcement agencies. From 2002 to 2012, California agencies reaped$181.4 million from marijuana-related asset seizures. As the Wall Street Journal reported in 2014, pot legalization in Washington state led asset forfeiture proceeds to go up in smoke.

For their part, the groups say they fear the dangers of legalized pot for non-selfish reasons.

“The membership of the CCSO opposes the full-blown legalization of marijuana,” Paul Curry, a lobbyist for the California Correctional Supervisor’s Association, told The Intercept. Curry said prison guard supervisors do not want to see a society that encourages pot use and said many of his members are grandparents who are concerned about their children. “If marijuana is not a dangerous drug, the federal government would have made a change, but the fact remains that it’s a federal crime,” he added.

California is only the latest state in which law enforcement unions have led the opposition to ending marijuana prohibition across the country in recent years.

During the 2014 election, Florida law enforcement officials successfully campaigned against a medical marijuana ballot measure by arguing that the initiative would promote a range of problems, from teenage use of the drug to respiratory disease.

In 2010, Lovell successfully organized a campaign to defeat a similar marijuana legalization ballot measure in California.

That year, he raised funds from police unions, local prosecutors, and the California Beer and Beverage Distributors Association, in addition to several individual donors. (Presumably the beer distributors see legal pot as cutting into their business.) The initiative was defeated, even though Lovell was outspent by pro-legalization campaigners.

As we saw on election night, 2016, California voters rejected the police and prohibitionists.

But did they fully legalize marijuana in California?

They voted in a complex set of regulations that make life harder for the black market growers who have been providing fine weed and marijuana concentrates to Californians for decades!