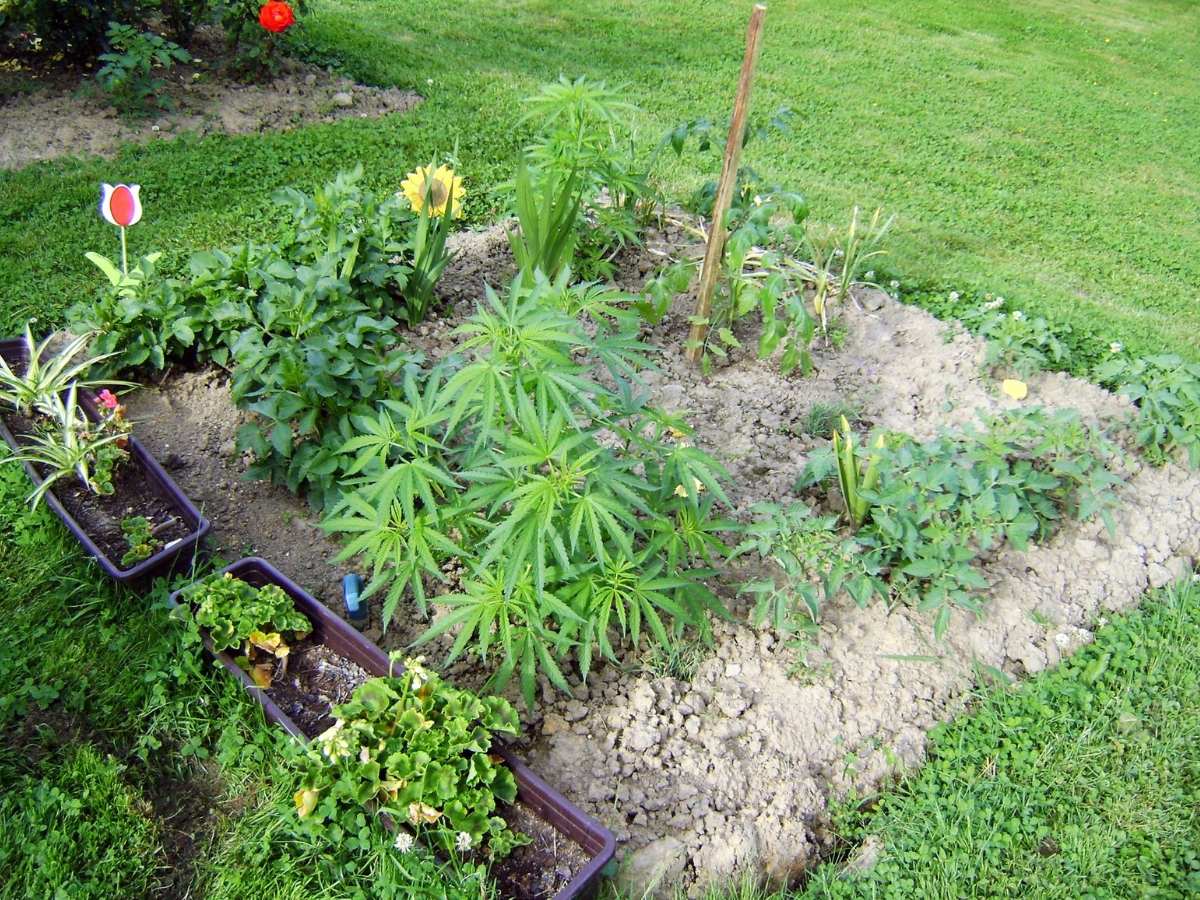 Tom McDade never set out to be a part of the sharing economy.

About four years ago, the 31-year-old plumber grew six majestic marijuana plants in his Northern California backyard. It was the first time he’d grown that many pot plants, and it was the maximum number his medical marijuana card legally allowed in his county. Before that, he’d only cultivated one or two cannabis plants per year alongside his prized tomatoes, cucumbers and bell peppers — just enough to supply himself and share with a few friends, he says.

Six cannabis plants felt like a stretch, but McDade figured he would experiment.

“It was a big jump for me,” he recalls. “It was a little scary thinking about all that growth in my yard, all that watering and tending; I wasn’t sure I could handle that jumbo-size garden. But it worked out; they were fantastic, so big and healthy and so lush. It was like walking through a jungle at times.”

McDade ended up with “an unbelievably large yield that year,” he says. “It was like 10 wheelbarrows full of wet material I had to process, which meant a lot of cutting, drying, trimming and curing. It’s never just grow it and smoke it. There’s always much more to it than that.”

He says that the processing aspect proved challenging, but for months afterwards he was handing out ounces to friends like it was candy.

“I’d show up at friends’ barbecues or house parties with a bunch of tomatoes and bell peppers from my garden, and also these big fat sacks of weed,” he says. “Of course, everybody loved it when I showed up with all those fresh bags of homegrown.”

One day during the next outdoor planting season, a friend of McDade’s came by with some premium clones — a heavy-yielding Trainwreck cutting — and a proposition. His friend had no outdoor space of his own for planting that season, having just moved into a new place in the city that lacked yard sun. In exchange for five clones, he asked McDade if he would grow one plant for him that he’d collect at harvest time in October.

“It was a no-brainer situation,” McDade says. “I had tried some of his Trainwreck before and knew it was the real deal. Handing over one full plant at harvest time, with the understanding that he’d trim and dry it himself, seemed like a really good deal for both of us.”

His garden proved abundant that year, beating the yields of any previous year he’d grown. He had more weed than he knew what to do with.

“It was a great year with good sun and really cooperative weather conditions,” he says. “Also, I was getting better at cultivating by then — really understanding how to boost my roots early on, amending the soil correctly, and spotting nutrient deficiencies in time to correct them.

When McDade’s friend saw his Trainwreck plant that October, he was blown away by how dense the buds were.

“He had been by my house a few times during the growing season, but he hadn’t seen the plant late in the flowering stage, when it really bulks up,” he says. “He couldn’t believe the crazy amount of trichomes.”

When he handed over the plant, McDade knew it was easily $2,500 to $3,000 worth of cannabis he’d just grown for the guy. The remaining balance of cannabis he’d produced definitely made the deal mutually beneficial.

“I was happy that my friend was happy, and I was stoked with the yield I had left, but then I began thinking about the potential to do this more,” he says. “I thought that maybe there was a possibility to rent out part of my garden space as a little [cannabis] side hustle.”

Reasoning that it was no different than renting out a car or a spare room, McDade put out the word to a few friends. The next season, he had three people interested in using a portion of his garden space. But this time, instead of bartering in clones, people were offering him money to share his garden space.

“They were absolutely willing to pay for a space in my garden,” he says. “All of them were even happy to provide me with nutrients and planting gear, like stakes and ties.”

Charging $300 to $400 per planting area, and with space for a total of six plants, he’s already booked up for 2019. If the yields are like previous years, each of his renters should see between 2 and 2 1/2 pounds come harvest time. McDade is even offering to do drying and trimming for an extra fee, though all his renters so far are fine doing that themselves.

“It was kind of surprising at first, how quickly people jumped on the idea,” he says. “But then it was clear to me that the need was really there. Not many people have the kind of outdoor space I have.”

It’s true that fewer people, especially young city dwellers like McDade’s friend with the Trainwreck clones, can afford to live in places with spacious yards for growing. Home prices and rents are perpetually on the rise in many urban areas, and affordable housing is not typically a priority. Most of McDade’s friends live in small, urban one-bedroom apartments or studios and don’t even own cars or bikes. Forced to economize, it’s a whole new era geared toward affordable living with services like GoBike, Uber and Airbnb.

While McDade has stumbled onto a niche market, it’s just a small slice of a greater sharing economy that includes renting and sharing everything, from office space through companies like WeWork to scooters from Scoot and Skip. Customers can even rent other people’s cars through the service Turo, which invites users to “book unforgettable cars from local hosts around the world.”

Frank Klimek, who is a prior client and will rent space again from McDade this year, couldn’t be happier with the arrangement.

“I got a really strong Zkittlez clone that I paid $15 for,” he says. “After some supplies, I’ll bring over to Tom’s and the cost of the plot, I’ll still be way ahead of the game come October.”

For McDade’s part, he’s pleased with tending to six or so plants a year and is happy he can be of service to people while making a little cash.

“It’s all the same to me if I’m growing two plants or six plants,” he says. “I’ve got a watering regimen I do and have a really tight system worked out to keep the plants healthy. And I love seeing this forest of cannabis in my backyard when I wake up in the morning. It’s a win-win for everyone.”