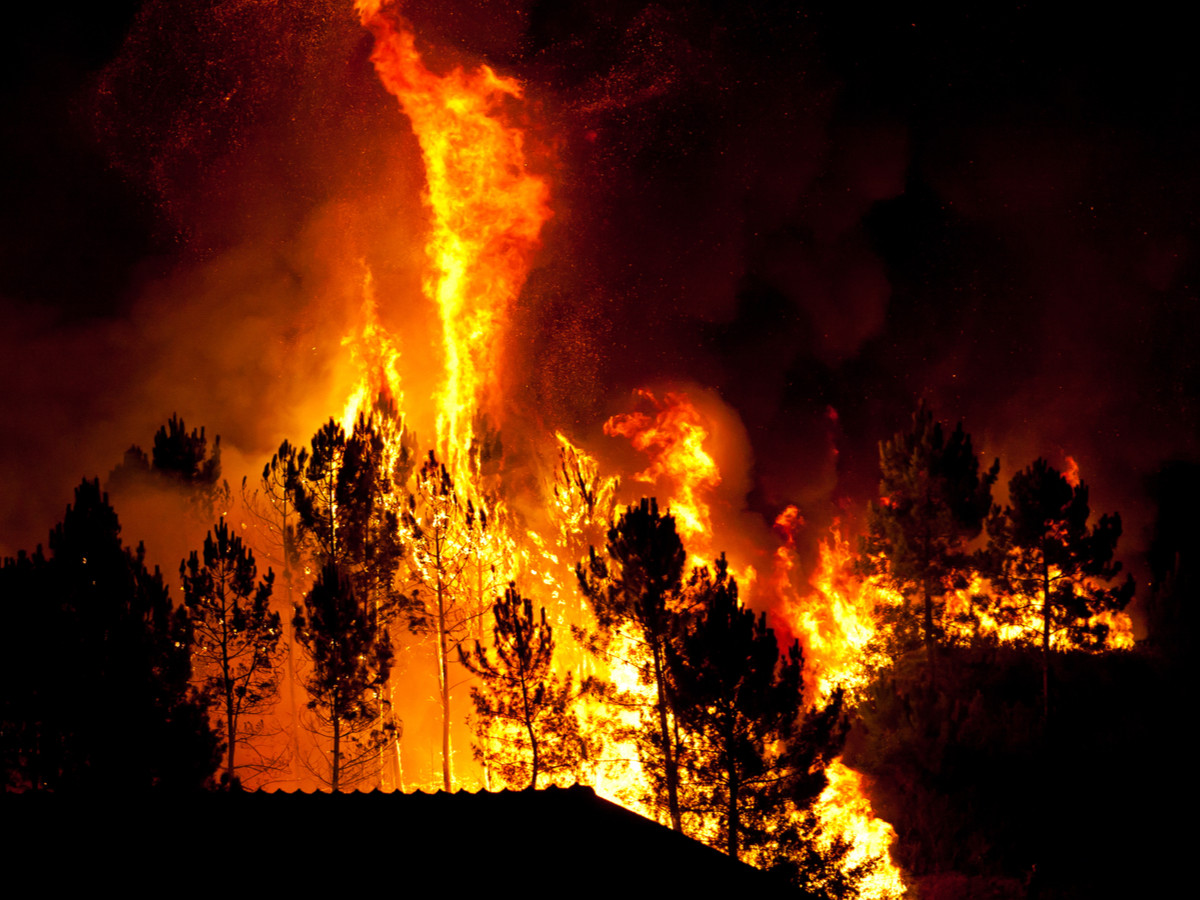 This summer, the neighboring forests are burning fiercely, with some of the worst wildfires in British Columbia since 1958. More than 160 fires continue to scorch the province, and as of early August, the fires had burned around 1 million acres.

“The air is worse than Beijing,” Alan reports. “You have to walk around wearing a filter mask. Especially for outdoor growers, it’s a total disaster.”

“The marijuana plants that don’t get burned are covered in soot and ash, and they’re not getting any sunshine because of the clouds of smoke covering our entire province,” he explains, adding that intense heat and lack of rain is endangering and killing plants.

Another problem for outdoor growers is there are so many fire crews in the woods, they’re discovering cannabis gardens and eliminating them.

Alan says climate change and the wildfires it brings is not just bad news for outdoor grows, but is greatly affecting his indoor grow ops as well.

“It never used to get more than about 75°F in this province in the summer, and we had rain and cool breezes … to keep the heat down. Most of the homes and buildings were built with that climate in mind. Some don’t even have air conditioning. Or if they do, it was designed for the cooler climate we used to have. Now we’re seeing temperatures in the 90s. It sucks,” he adds.

Alan has 7000 watts of indoor grow lighting. Until a few years ago, he grew every month of the year.

Nowadays, he knows that if he runs a summer grow op, he incurs several serious risks that threaten the health of his marijuana plants.

His air conditioning equipment can’t keep his grow op cool enough because the excessively hot outdoor air temperatures combined with the heat from 7000 watts of indoor grow lights are too much for his AC system to handle.

And then there’s the risk that polluted air brings.

Alan had to increase intake filtration and grow-room scrubber capacity to keep the soot and ash from permeating his indoor space.

Marijuana plants breathe through their leaves, so whether your plants are outdoors or indoors, if particulates coat the leaves, the plants suffocate.

Yet another climate change impact is the interruption of normal municipal services, such as reliable electricity and water supplies caused by major fires and other natural cataclysms.

The same can happen to growers who live where tornadoes, strong thunderstorms and hurricanes tend to strike and are intensified by climate change.

Some of these threats can’t be mitigated, but there are tactics that can help you prepare for and survive fires and other climate-change-related threats:

Of course, climate change is a global issue, and we care about it not just because it can harm our marijuana plants.

To fight rising temperatures, do everything possible to decrease your use of fossil fuels. This might involve certain sacrifices, such as giving up your toys like Jet Skis, boats, ATVs, and other gas-guzzling machinery and vehicles.

It also involves proactive choices, such as installing solar panels and other energy-efficient technology, using LEDs instead of HIDs as grow lights, and investing in an electric vehicle.

Growing in summer is difficult in most places, with or without the added threat of climate change.

Please take a look at our articles on dealing with summer heat, including our ongoing series about air conditioning for marijuana grow rooms.

“If the summers continue to be like they are, I’ll probably have to move away,” Alan says. “I never thought climate change impacts would be so real for me.”

Keeping Your Cool In The Grow Room: Air Conditioning Your Space, Part 2
Nourish To Flourish: What Marijuana Growers Should Know About Hydroponics Nutrients