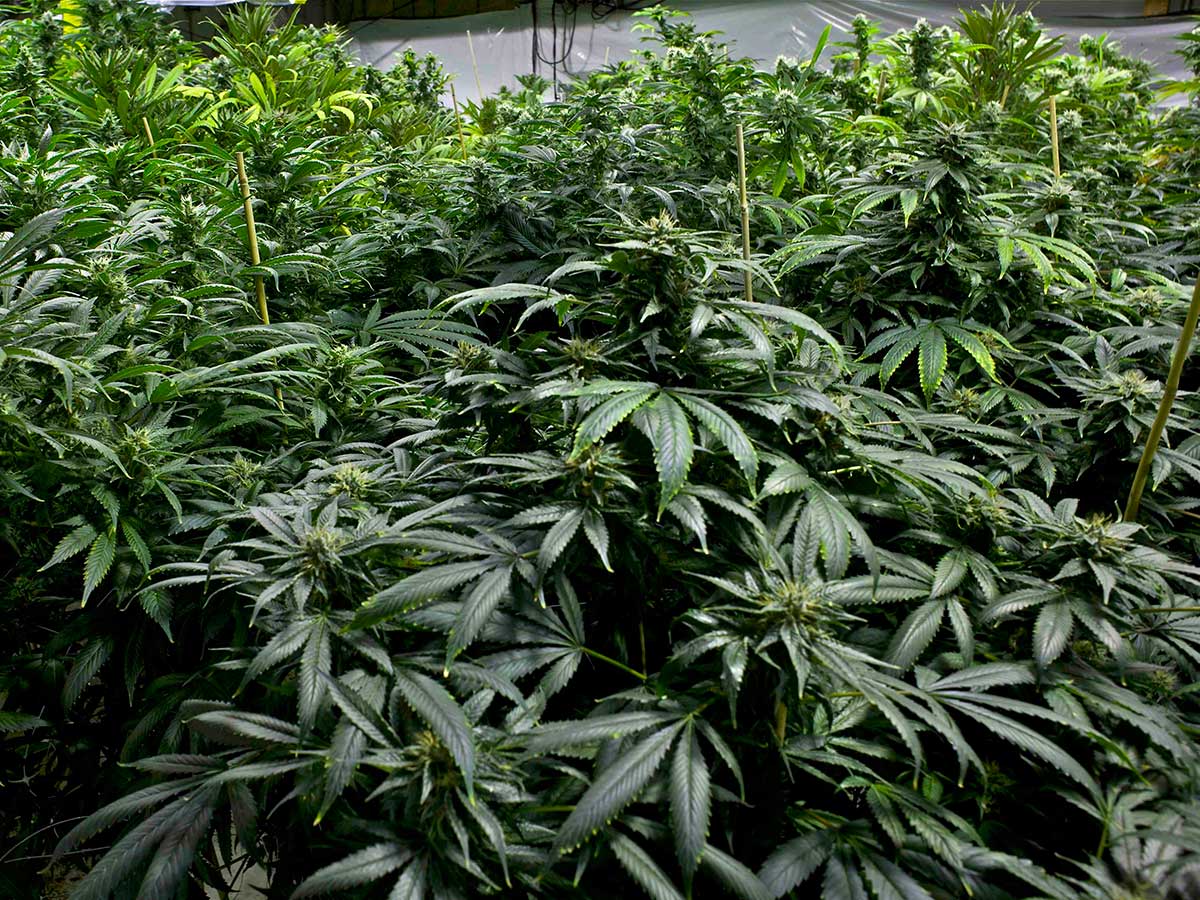 If not for the tens of thousands of us home growers who’ve been growing weed domestically for decades, there wouldn’t be a “legal” marijuana industry.

We showed the American people that marijuana is good medicine and good fun.

It’s a fantastic plant to grow… more profitable than roses, bonsai trees, food crops, or any other plant.

Here’s what I call The Black Market Marijuana Growers’ Manifesto:

Defying the WAR on Marijuana Growers

When you grow marijuana, even in “legalized marijuana” states, you become a target not just for police but also for rippers.

Many marijuana growers I personally know, including three on the BigBudsMag.com grower team, have had violent home invasions from police or civilian criminals.

Marijuana growers live in constant fear of a military-style raid on our homes, of being busted, of having our possessions stolen from us via asset forfeiture, of going to jail or prison, of getting a criminal record that hurts us the rest of our lives.

We live in a form of solitary confinement, unable to host people at our homes, worried every time a neighbor or delivery person comes near our house.

Black market marijuana growers and sellers even have to worry about being murdered by police officers!

We also worry about being blackmailed by people who know about our garden, and about discrimination in child custody courts, employment, and housing.

Until marijuana is federally decriminalized and legalized in every state, a black market grower puts his life and freedom at risk to directly challenge prohibition the most effective way possible.

If you’ve ever grown high-end cannabis, you know what I mean.

I spend a lot more time than that cutting, manicuring, drying, and curing my buds at the end of every bloom phase.

I face the possibility of being electrocuted, burned, or otherwise injured in my grow room.

Professional growers will tell you it takes at least 3-5 years of constant growing under a variety of conditions before you have enough expertise to call yourself a master grower.

Marijuana Growing Can Be Expensive

My monthly grow op electricity bill averages $350 during grow phase and half that during bloom phase.

I spend money procuring the finest marijuana seeds and clones.

Marijuana growing costs a lot, and the price of marijuana reflects that cost.

In every industry—from restaurants to car tires—pricing is set is by market rate.

Premium marijuana sells for $250-500 an ounce across the country.

My cost of producing marijuana includes all my operating costs, my labor and expertise, and the fact that growing marijuana is a 24/7/365 job.

I live like a recluse due to the legal and security risks of being a grower.

I don’t have days off. I work seven days a week.

If something goes wrong in my grow op, I have to be immediately available to fix it, or my marijuana plants die.

I have no health insurance, no social security contributions matched by an employer, no job security.

For all that investment, work, and lifestyle limitation, my profits are about $29,000 per year.

I’m hardly getting rich off of marijuana growing, but I’m risking my life and freedom to do it.

I’ve been in government-licensed corporate commercial marijuana grow ops in Colorado, Oregon, Washington and Canada, and I can tell you… corporate marijuana is always schwag or mids.

Not only that, but corporate producers use the same techniques as Big Ag uses, including harmful pesticides.

When dispensary cannabis is lab-tested, it often comes back as tainted with pesticides, pests, molds, and other problems in more than 50% of the samples.

That’s what’s wrong with the current so-called marijuana legalization laws- they favor corporate growers who are most often venture capitalists who are in it solely for the money.

Hell, most of them don’t even use it!

They have a handful of poorly-trained people tending dozens if not hundreds of plants.

They’re not growing high-end cannabis strains with complex, enabling, healing highs and deep, full-bodied, intriguing flavors and scents such as strains produced by the wizard Subcool at TGA Genetics.

Corporate growers and dispensaries are just like any other corporate Big Ag producer.

Wanna talk about who’s price gouging? Recreational and medical marijuana dispensaries often sell their buds for more than I sell mine for, and their buds are inferior to mine.

A lot of that cost goes for taxes, overhead, and massive profits for the people at the top of the company… while the lower-level workers who do the hard labor earn an average of $8-11 an hour.

As an ethical, professional black market marijuana grower, I take requests from customers and grow specific strains for them (including rare strains that take as long as 12 weeks in bloom phase).

I never use poisons on or in my crops.

I overweigh my ounces and give discounts for bulk purchases. I personally deliver the product to customers so they don’t have to endure risk or hassle to come to me to get them.

My customers tell me my buds are way better than what they find at dispensaries.

Black market marijuana growers provide better marijuana than what you can get from legal marijuana dispensaries, and our prices are fair.

Until Colorado, Oregon, and Washington legalized commercial marijuana production a few years ago, guess who grew the hundreds of thousands of pounds that marijuana consumers have been inhaling all these years?

And we’re still the ones who risk prison and robbery to cultivate the vast majority of marijuana consumed in the United States.

It’s only because of black market marijuana growers that so many regular people have had access marijuana, tried it for the first time, and discovered it’s better than alcohol and pharmaceuticals.

It’s because of black market marijuana growers that more and more people procure quality marijuana, love it, and vote for marijuana legalization.

Those of us who grow marijuana have been defying marijuana prohibition laws for many years.

We’re black market home growers, and proud of it!

Ohio Issue 3 Marijuana Legalization Failure: Ohioans Just Say No to Corporate Marijuana
What Marijuana Growers Are Thankful for This Thanksgiving