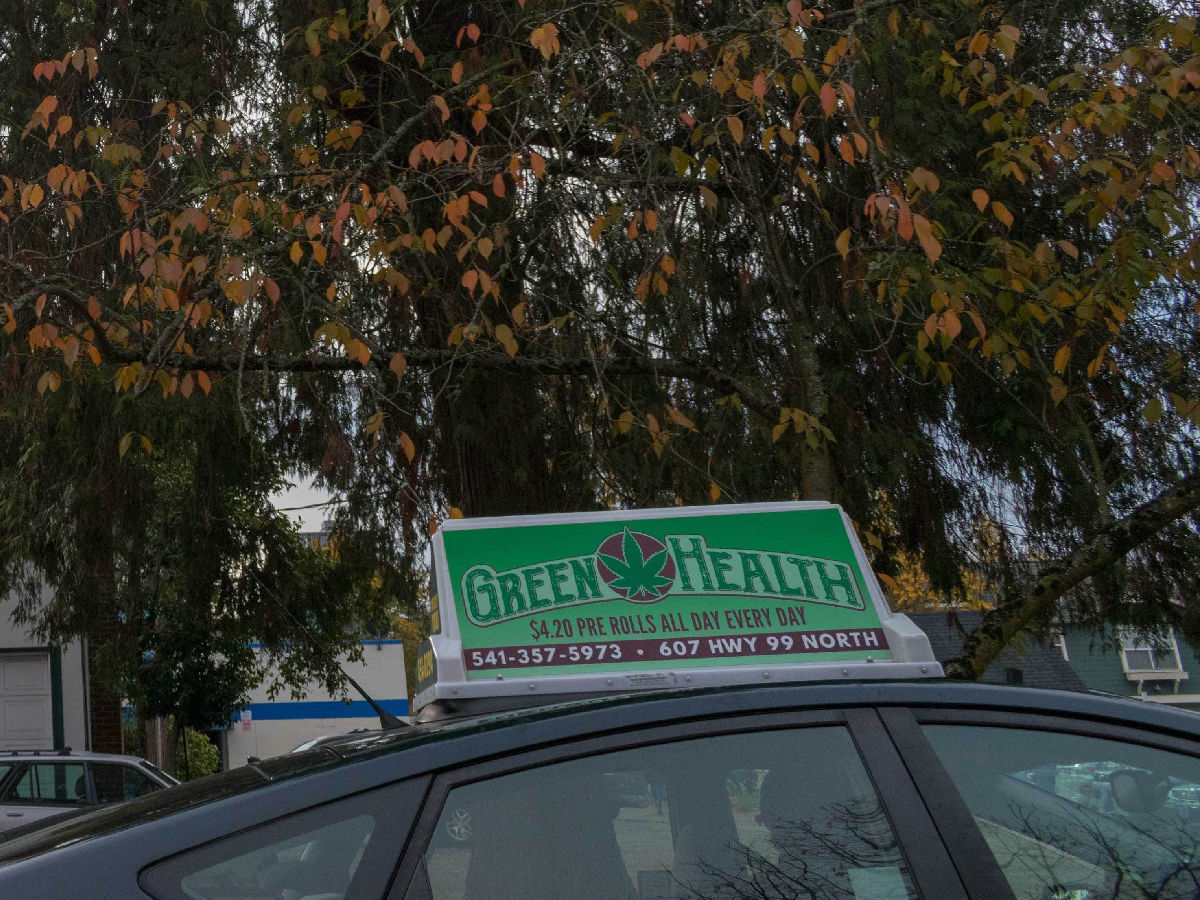 A service some cannabis-legal states have offered as a luxury to both medical marijuana patients and recreational buyers alike is having some unintended consequences in helping the black market flourish, according to cannabis industry business owners and government authorities.

Andrew Jolley, owner of The+Source dispensaries in the Las Vegas Valley, says he and several other Nevada dispensary owners have reported multiple instances to authorities of their stores’ logos being used in bogus ads for discounted delivery services on social media sites like Facebook and Craigslist.

“We’ve worked diligently to make this industry reputable and respected here, and to see something like that is challenging for us,” Jolley says. “It’s a problem that has been going on for some time now.”

Nevada is one of a handful of states to allow home delivery of marijuana flower and products, and joins only Oregon as the two lone recreationally legal states to do so.

In Portland, Maritza Dominguez of Wild West Emporium dispensary — formerly Northwest Releaf — was surprised to receive a call last month from an elderly customer, who asked why the marijuana she had ordered on the dispensary’s Facebook site the day before hadn’t yet been delivered to her home less than five miles away. Per Dominguez, the customer said she Facebook messaged a live Wild West Emporium representative, placed her order, and was told it would be there later in the day.

Wild West Emporium doesn’t offer delivery service, and it doesn’t take orders from its Facebook page, either, Dominguez told her. It seems Dominguez, too, was a victim of the booming practice of cannabis delivery fraud.

The conundrum faced by Jolley, Dominguez, and thousands more cannabis companies and buyers in Oregon and Nevada is becoming more common as the legal cannabis industry continues to expand in those respective states, authorities reveal.

Illegal cannabis dealers use encrypted and hard-to-track mobile apps like Radiate, Whisper and Grindr to advertise and sell their products, according to Las Vegas Metropolitan Police Captain Sean Toman.

Fraudulent ads on popular public sites — like Craigslist, Facebook and Backpage (the latter of which has recently been shut down by the Department of Justice due to “charges of facilitating prostitution and money laundering”) — direct customers to such apps, and allow black-market sellers, who are often people with gang affiliations and lengthy criminal histories, to better vet their customers and avoid police.

Other illegal deliverers post on cannabis-specific sites, like Weedmaps and Where’s Weed, opting to risk their buyer is actually an undercover police officer or government authority, Toman says.

Portland police spokesman Sgt. Chris Burley explains that such issues also exist in Oregon’s largest city, which currently has more than 100 legal dispensaries open for business. While recreational cannabis sales have been legal for nearly two years there, authorities are still finding ways to keep up with those who use legal dispensaries’ names to con marijuana clients into buying from an unlicensed, illegal business.

“Some of them are very intricate and advanced operations,” Burley says.
More than 50 illegal delivery services, some as large as 10 employees, were shut down in 2017, when recreational marijuana became legal for use and possession in Nevada, Toman claims. Most of those busts came in the second half of the year, after recreational cannabis sales began in Nevada on July 1. Nearly three times as many such illegal services have been shut down in Oregon since Oct. 1, 2015, Burley says.

Stephanie Klapstein, spokeswoman for the Nevada Department of Taxation, says the state’s regulating body is still exploring new methods to stop illegal deliveries. Originally a bone of contention during negotiations for final recreational cannabis regulations in Nevada, legal delivery services were ultimately permitted in a bid to stop the black market from dominating that sector of the industry, she says.

A spokesperson the Oregon Liquor Control Commission says the problem is “constantly being addressed,” adding that authorities have been able to cut down “somewhat” over the past couple of years.

Toman says those who deliver weed illegally know “exactly what they’re doing.” With some illegal businesses caught delivering up to 10 pounds of weed per day, a delivery deal, when completed, can be lucrative.

“They don’t have to charge taxes and they don’t have to pay for state-mandated tests, so their prices are going to be lower,” says Las Vegas retailer David Goldwater, who owns Inyo Fine Cannabis Dispensary. “It’s their way of undercutting the legal industry and taking advantage of all the new people we’ve introduced to legal cannabis.”

The police representatives from Las Vegas and Portland urge consumers placing delivery orders to purchase only from the website of licensed dispensaries, or via the phone if they’re not going to drive to the store to buy cannabis in person. Legitimate operations will be easier to spot as more legal companies continue to enter the market.

“Buy directly from trusted sources and ask questions,” Burley advises. “And always be wary of social media and third-party sites.”